- France's government has come under fire after its decision to offer free tests to everyone has caused large queues stretching out of some testing centers onto the streets.

- Switzerland is the latest country to introduce a mandatory 10-day quarantine for travelers arriving from Spain, where infections have spiked. The quarantine does not apply to those arriving from the Balearic and Canary Islands.

- Greece's Prime Minister Kyriakos Mitsotakis has said the country's recent rise in infections is down to "complacency."

- France has pledged $295 million worth of state support to the country's wine sector. Prime Minister Jean Castex said state support "must continue and intensify" to help save the industry from collapse.

- Czechia has reported its largest daily infection rise since the end of June. A further 290 cases were reported in the past 24 hours, bringing the overall tally to 17,286

- France's hotel chain, Accor, has said it is to cut 1,000 jobs worldwide as it plans to launch a significant cost-cutting plan. The world's sixth largest hotel chain plans to cut costs by $236 million in the next 18 months.-

- World number two Rafael Nadal has announced he will not be defending his title at this year's U.S. Open tennis championship, citing concerns over the pandemic.

- Italy's services sector has rebounded in July, following the easing of the country's lockdown measures. The IHS Markit Index for business activity rose to 51.6 in July, from 46.4 in June. A reading above 50 represents expansion.

- Ireland has postponed plans to reopen pubs on Monday after the spike in new infections continued. Instead, the government announced that face coverings would be made mandatory in all shops from 10 August.

- Denmark's Copenhagen Airport is considering laying off 650 of its staff due to the low level of activity in the aviation sector.

- Football clubs in next season's European competitions could be forced to forfeit matches if they fail to inform governing body UEFA of travel restrictions in place to curb the spread of the virus.

- The global death toll has now surpassed 700,000, according to Reuters. Based on data from the past two weeks, 5,900 people are dying every day from the virus, which equates to one person almost every 15 seconds. Testing anyone achieves nothing. You have to be targeted.
-   Didier Pittet, epidemiologist, University Hospital of Geneva

One of Belgium's leading experts says it's undeniable that Belgium, which is averaging 535 new cases a day, is experiencing a second wave.

But an anti-federal spokeswoman says the country "may be" at the "beginning of a second wave," pointing to the fact that more people are being tested than during the peak of the pandemic in March and April, when up to 2,500 positive cases were detected per day.

Meanwhile, some doctors in Belgium have warned they are struggling to keep up with an increased workload since stay-at-home orders were lifted and they are concerned that things will get worse in the fall.

One general practitioner told broadcaster RTBF that doctors are "all quite tired" and that they are receiving a lot of patients with minor symptoms that require prescriptions to take a COVID-19 test.

Doctors in Belgium usually work alone, without an administrative assistant, meaning they do everything from answering phones to treating patients.

Some are calling for coronavirus tests to be available without a prescription.

There's growing pressure on the government to protect school openings in September by closing down restaurants and pubs first, if necessary. Chief Medical Officer Chris Whitty has said England is already at the "limit" of what can be permitted without allowing the virus to spread.

Some experts are still not happy with the UK test-and-trace program, describing it as clunky and slow.

The opposition continues to focus on test and trace. The Labour Party leader, Keir Starmer, has written in a national paper criticising Prime Minister Boris Johnson for his lack of clarity on the issue.

The "Eat Out to Help Out" discount scheme has produced early positive results. One contactless payment system has reported transactions were up 16 percent in restaurants and cafes on Monday, its first day. 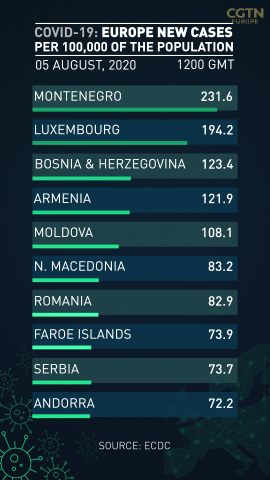 Some fans could be allowed back into Germany's football stadiums when the season restarts in September.

No alcohol, no away fans and submitting data needed to trace all who attend are among the proposals put forward by the German Football League.

Clubs in the top two divisions have agreed to the plans, but there are fears a second wave could stop any return to normality for fans.

Domestic tourism in Hungary is booming despite the pandemic, with the same numbers of visitors to the famous Lake Balaton as this time last year.

Prime Minister Viktor Orban has urged Hungarians to visit "the Hungarian sea," rather than the Adriatic sea for their summer vacation, to limit exposure to COVID-19.

In July, about 430,000 vacationers visited the beaches of Lake Balaton and spent a combined 1.5 million nights at its resorts and hotels.

Deputy CEO of the Hungarian Tourism Agency, László Könnyid, said it's an excellent result, given that the entire sector was "on the floor" in early March. 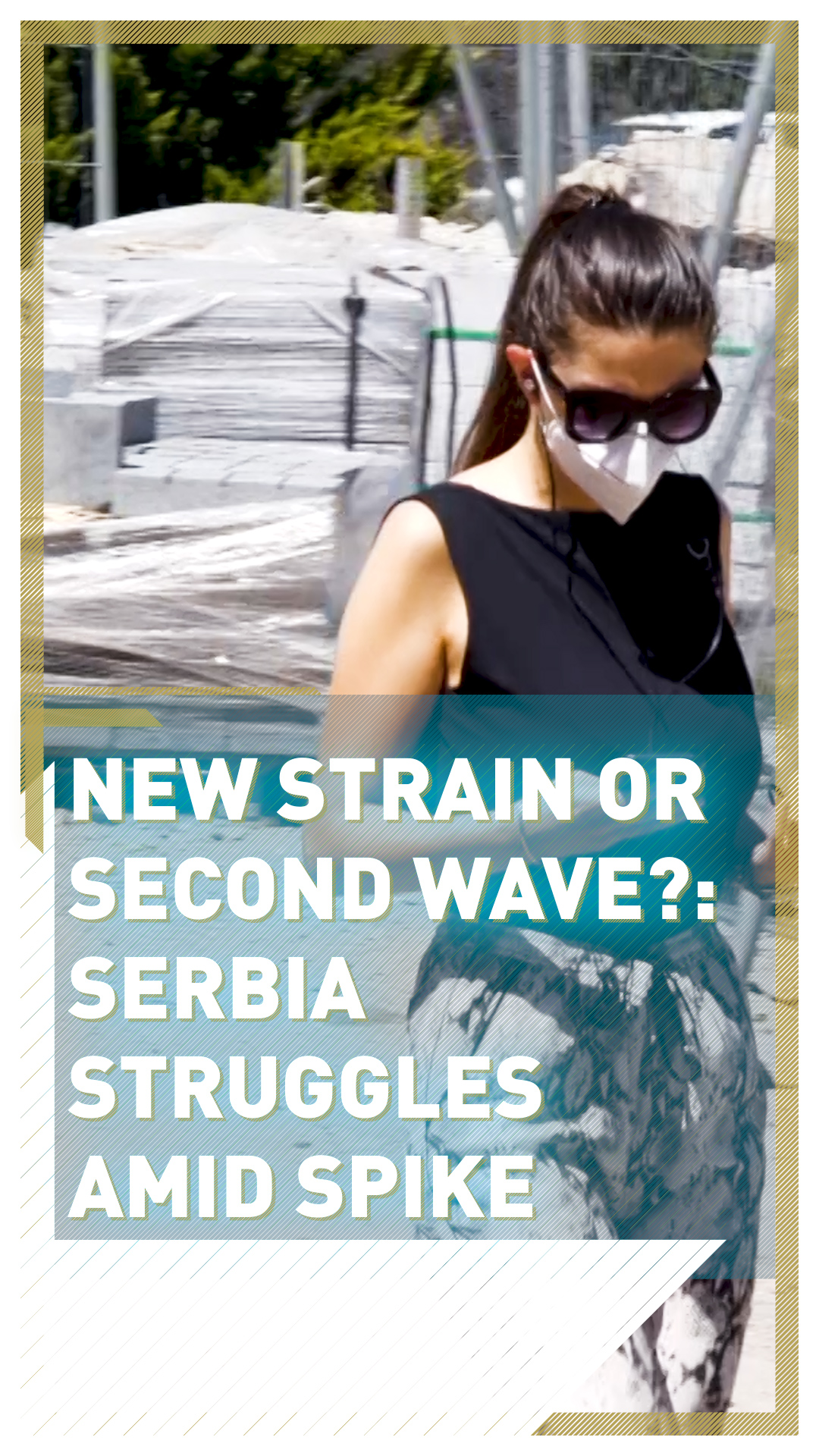