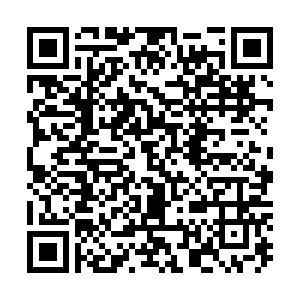 - Almost 1.5 million people in Italy have tested positive for COVID-19 antibodies according to a nationwide study. The figure, which accounts for 2.5 percent of Italy's population, is six times the number of confirmed cases in the country's official virus tally.

- Norway has stopped passengers from any cruise ships holding more than 100 people disembarking at any of its ports from Monday. This announcement comes after at least 40 people who were on board the MP Roald Amundsen, which docked in Tromso, Norway, tested positive for the virus.

- Germany's football league clubs agreed on measures to allow their fans to return to stadiums next season, if the country's authorities allow it.

- Poland has reported its record highest daily increase in infections for the fourth time in a week after it announced 680 new cases in the past 24 hours.

- A man from Paris, France says he was beaten with baseball bats because he asked two people to wear a face mask in a laundrette. The wearing of face masks is mandatory for everyone in all indoor public spaces in France as the country tries to slow the spread of the virus.

- Homecare workers in France will be awarded bonuses, after the government announced a new $188 million package for the "forgotten" workers. Each one of the 320,000 workers will be granted $588 each.

- Dozens of soft play centers in the UK have been forced to close as a result of the impact of COVID-19, according to the British Association of Leisure Parks, Piers and Attractions.

- Spain's unemployment rate dropped for the first time in five months in July as more businesses began to reopen after the COVID-19 lockdown. The number of people registering as jobless fell by 2.33 percent in July, the country's labor ministry said.

- The UK's test-and-trace program needs to be scaled up for the safe reopening of schools next month, researchers have suggested.

- Motorsport fans in Poland decided to rent industrial cherry-pickers to watch the speedway race meeting between Motor Lublin and Betard Sparta Wroclaw. Due to COVID-19, fewer tickets than usual were available for the meeting, so the fans took matters into their own hands.

- Meanwhile British airline easyJet said it plans to increase its summer flying to around 40 percent of its capacity after bookings were stronger than first expected. 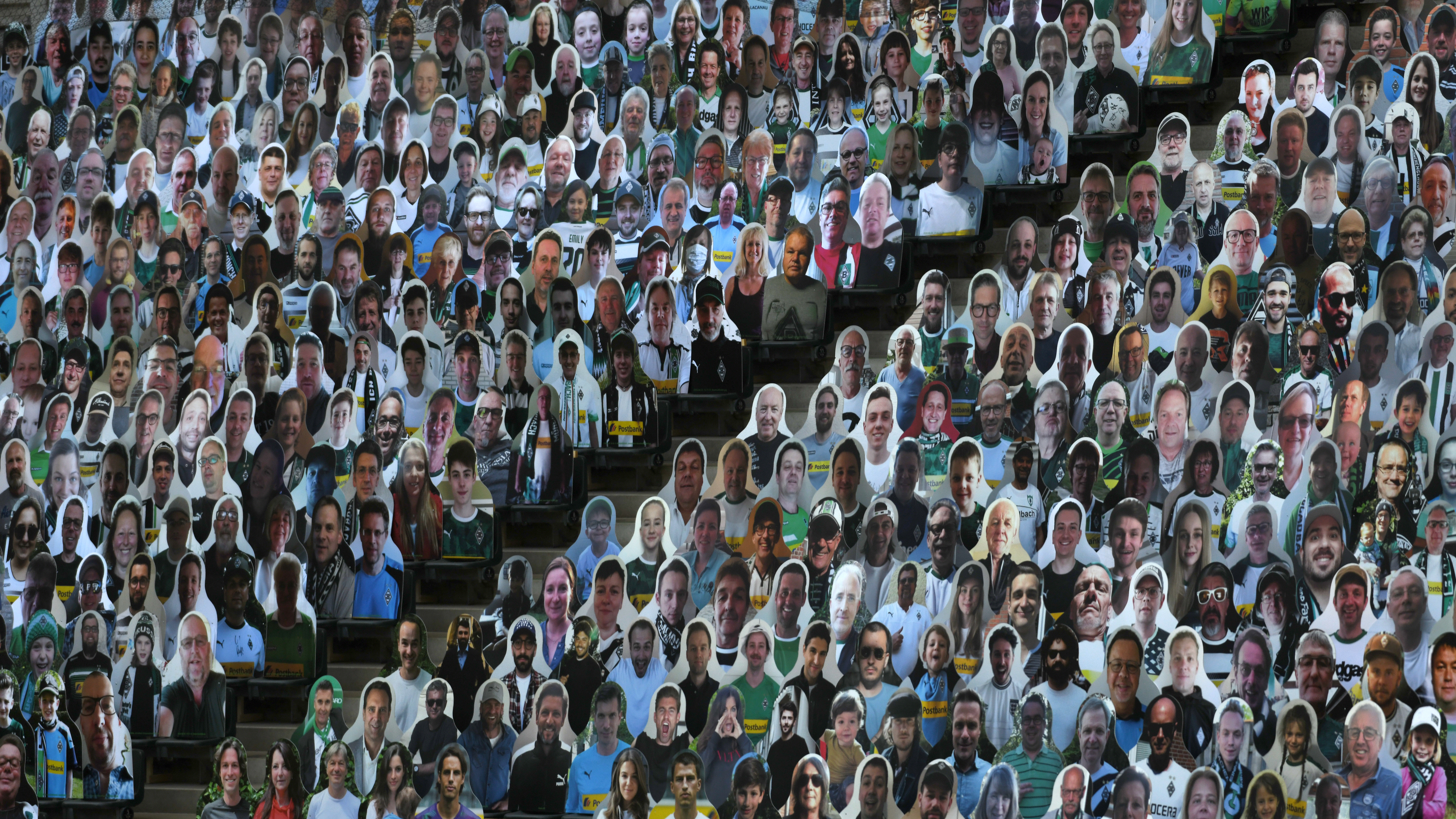 Cardboard cut-outs of football fans could be a thing of the past after Germany's football clubs agree to joint measures to allow supporters back into stadiums, if the country's authorities allow it. /AFP

Cardboard cut-outs of football fans could be a thing of the past after Germany's football clubs agree to joint measures to allow supporters back into stadiums, if the country's authorities allow it. /AFP

These men and women were the forgotten ones of the Covid-19 bonus
-  Emmanuel Macron, France's prime minister on bonuses granted to homecare workers

Germany is already dealing with a second wave of the coronavirus, according to the head of the doctors' union.

Susanne Johna told Augsburger Allgemeine newspaper that the desire to return to normality and a lack of social distancing, risked a resurgence of the virus.

Germany is often held up as a good example of how the pandemic was dealt with in Europe, with far fewer deaths than countries such as Italy or the UK.

New figures show the number of cases increased by 879 and the death toll rose by eight, to 9,156.

It's four weeks before schools open and a report in The Lancet medical journal says the current test-and-trace system is not effective enough to counter the projected increase in exposure.

Experts say the government will have to introduce other measures to keep infection rates down. There's speculation over city-wide cordons, closing pubs and restaurants again and even getting over-50s to self-isolate, though this has been ruled out.

There are reports of extra funding for school buses to keep children off public transport.

"Back to work Monday" did not yield results across the country. Footfall in the center of London was still down 68 percent on last year. One newspaper reported that only one in 20 civil servants is back behind a desk in Whitehall. 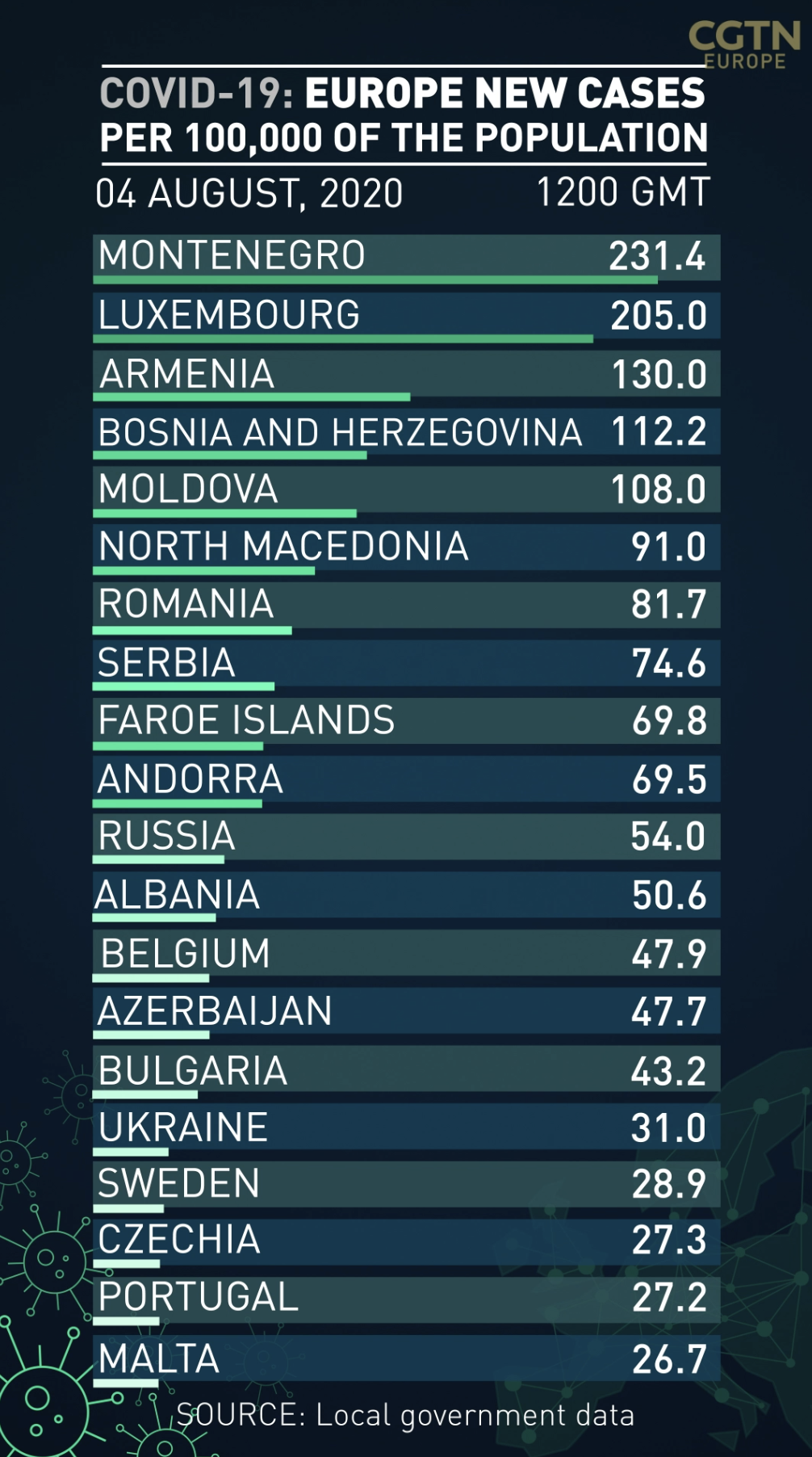 Budapest Airport plans to open a coronavirus testing center to test travelers at the border and eliminate the need for home quarantine if they are traveling from a country categorized as "yellow."

Anyone entering Hungary from a "yellow" country must produce a negative test result or quarantine for 14 days.

Currently the process to get tested is lengthy and difficult, with only a few state-run hospitals providing tests. It's unclear how much the service would cost if introduced at the airport.

The revenues of Budapest spa operator BGYH, which operates most of the city's famous baths, could drop by 60 percent to $30.5 million this year, even under an optimistic scenario that there will be no second wave of the coronavirus epidemic, the CEO, Ildikó Szűts, said.

All the spas operated by the company were closed from 15 March until 30 May because of COVID-19.

Originally, they projected 5 percent to 6 percent rise in revenues after a 20 percent increase to $62.8 million last year, but now "constant crisis management" is ongoing, Szűts says. The CEO projected losses of between $10.2 million and $13.6 million this year, which should be recouped in the next few years.

The number of new coronavirus cases continues to rise in Belgium, with the country averaging 517 new infections a day in the past week.

Part of the increase can be attributed to an uptick in testing, but not all, and one of the country's lead virologists said: "It is clear we are in a second wave."

Meanwhile, months of lockdown and strict regulations on social distancing has left the food and beverage industry bracing for the worst during the fall.

The Federation of Brussels Food Service Industry says at least 30 percent of restaurants will be forced to permanently shut their doors. Unions are even more pessimistic, forecasting a 40 percent closure rate.

Spain has become the first member state to request financial aid from the European Union to specifically help it deal with the economic impact of COVID-19.

The most recent unemployment figures showed Spain lost just over one million jobs between April and June, the worst quarterly decline in its history.

Right now, two million people are currently on the government's furlough scheme, at a cost of nearly 5 billion euros ($5.9 billion).

The scheme is due to end on 30 September but Spain's labor minister has strongly hinted it could be extended until the end of the year. 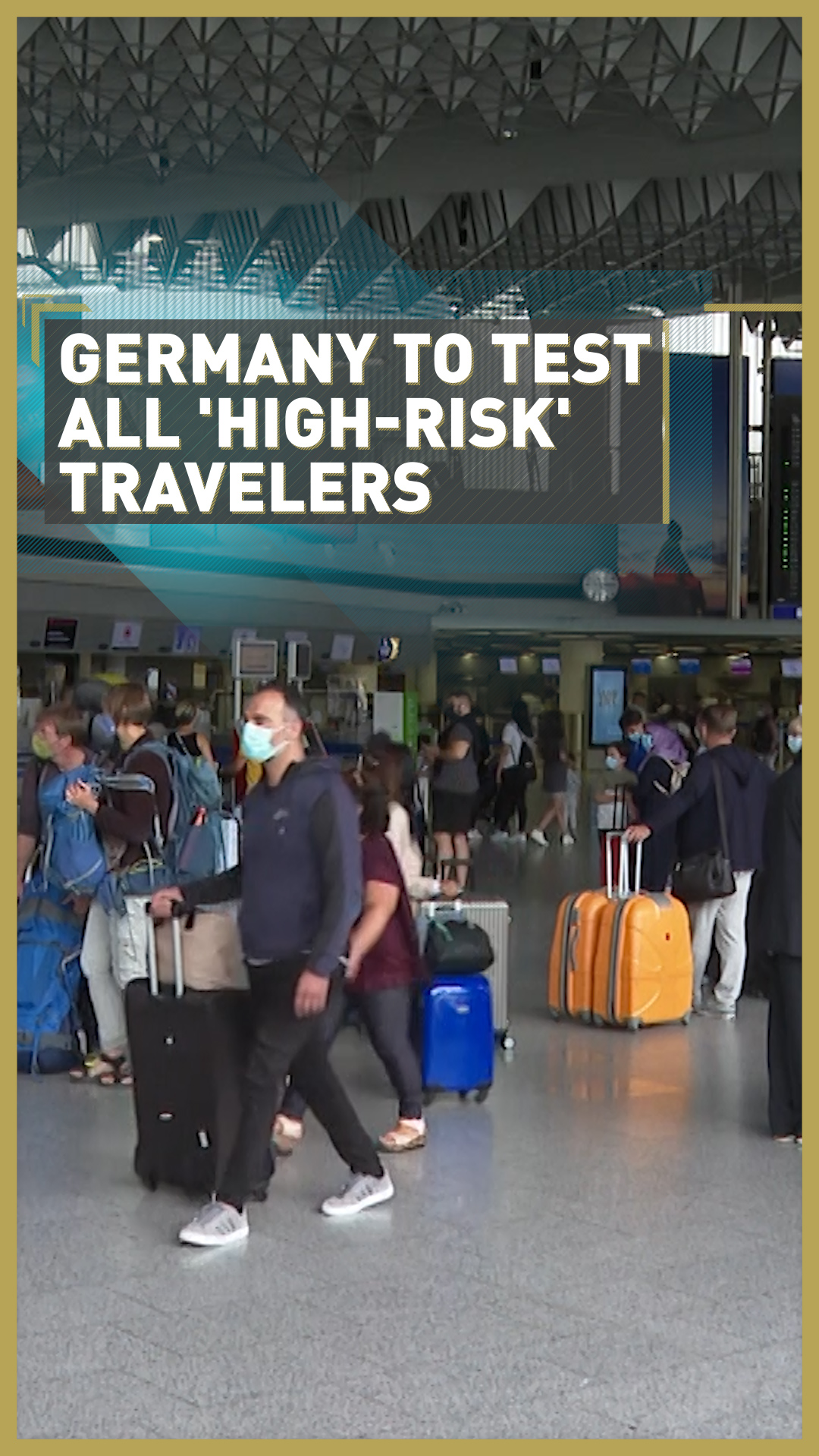