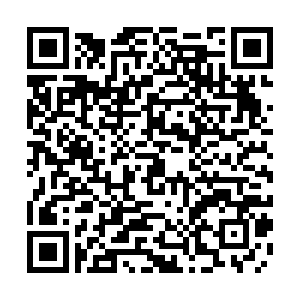 • The UK government has tightened restrictions across swathes of northern England, ordering around four million people not to mix with other households or risk a $130 fine, though they can still go to work, a church, a mosque or the pub. On Thursday, the UK suffered its sharpest caseload rise in more than a month.

• Poland is considering new localized restrictions after a second successive record daily rise in new cases. "Limits could cover certain counties, the ones that have the biggest problems," said government spokesman Piotr Muller after 227 of Friday's 657 new cases were in mining region Silesia.

• Three crew members on Norwegian cruise ship Roald Amundsen have been diagnosed with COVID-19. All 160 crew members have been quarantined, while almost 200 passengers who disembarked this morning at the Arctic port of Tromso have been told to self-isolate.

• Spain reported 1,525 new cases on Friday, the biggest jump since the national lockdown was lifted in June and the third successive day with a four-figure rise.

• The "once-in-a-century" pandemic's effects "will be felt for decades to come," World Health Organization chief Tedros Adhanom Ghebreyesus said on Friday. "Most of the world's people remain susceptible to this virus, even in areas that have experienced severe outbreaks," he said.

• Iceland is rolling back the easing of restrictions after finding at least two new infection clusters in the country. Two-meter social distancing will be reinstated and public gatherings limited to 100 people after last week being extended to 1,000.

• French health minister Olivier Veran said local government officials can now order the wearing of face masks in outdoor public spaces to curb the spread of COVID-19. France reported 1,377 new cases of the new coronavirus on Thursday, taking the moving weekly average above the 1,000 threshold for the first time since France eased its lockdown in early May.

• Germany has designated three Spanish regions – Catalonia, Aragon and Navarre – as high-risk for COVID-19, meaning all air passengers returning from there face mandatory coronavirus tests at airports. Germany reported 870 new coronavirus cases on Friday, the highest number of daily cases since 15 May, bringing its caseload to 208,698, with 9,141 recorded deaths.

• German tech firms SAP and Deutsche Telekom are close to a deal to build a software platform that would allow an exchange of information between coronavirus-warning smartphone apps from various countries.

• Spain recorded a historic 18.5 percent fall in GDP in the second quarter of the year, wiping its recovery from the 2008 Global Financial Crisis and exceeding the 16.6 percent drop expected by analysts. After a 5.2 percent fall in the first quarter, Spain is in its steepest recession on record.

• France's economy contracted by a record 13.8 percent in the second quarter, the national statistics institute INSEE reported. INSEE also revised down the country's first-quarter figure, from an estimated 5.3 percent fall to a 5.9 percent drop.

• Portugal's GDP shrank 14.1 percent in the second quarter, its biggest contraction ever, its national statistics institute said. The Bank of Portugal predicts the country's GDP will contract 9.5 percent in 2020, the biggest recession in a century, but the government has estimated it will fall 6.9 percent.

Health Minister Olivier Veran has authorized local authorities to extend regional restrictions, making it compulsory to wear face masks in outdoor public places. Several areas of France have already brought in obligations to this extent, especially coastal communities worried that the influx of visitors on holiday is contributing to rising numbers of people testing positive for the coronavirus.

Currently, it is compulsory nationwide to wear a nose-and-mouth covering on public transport and in covered public spaces. Veran urged the public to download the government's track-and-trace app before going away on the traditional August vacation.

With less than three hours' notice, a new lockdown was placed on parts of the north of England from midnight on Thursday. There are concerns about an increase in coronavirus cases in Greater Manchester and the nearby towns of Blackburn, Burnley and Bradford among others.

The measures mean different households will not be allowed to meet in homes or private gardens. Individuals, though, can still visit pubs and restaurants as long as they don't mix with other people from other households. The UK government has conceded the rules will be a blow to Muslim communities preparing to celebrate Eid this weekend.

There has been criticism of the government's muddled messages and how this new lockdown was announced. It comes a day after the UK, and England specifically, was confirmed as having the worst COVID-19 death rates in Europe. 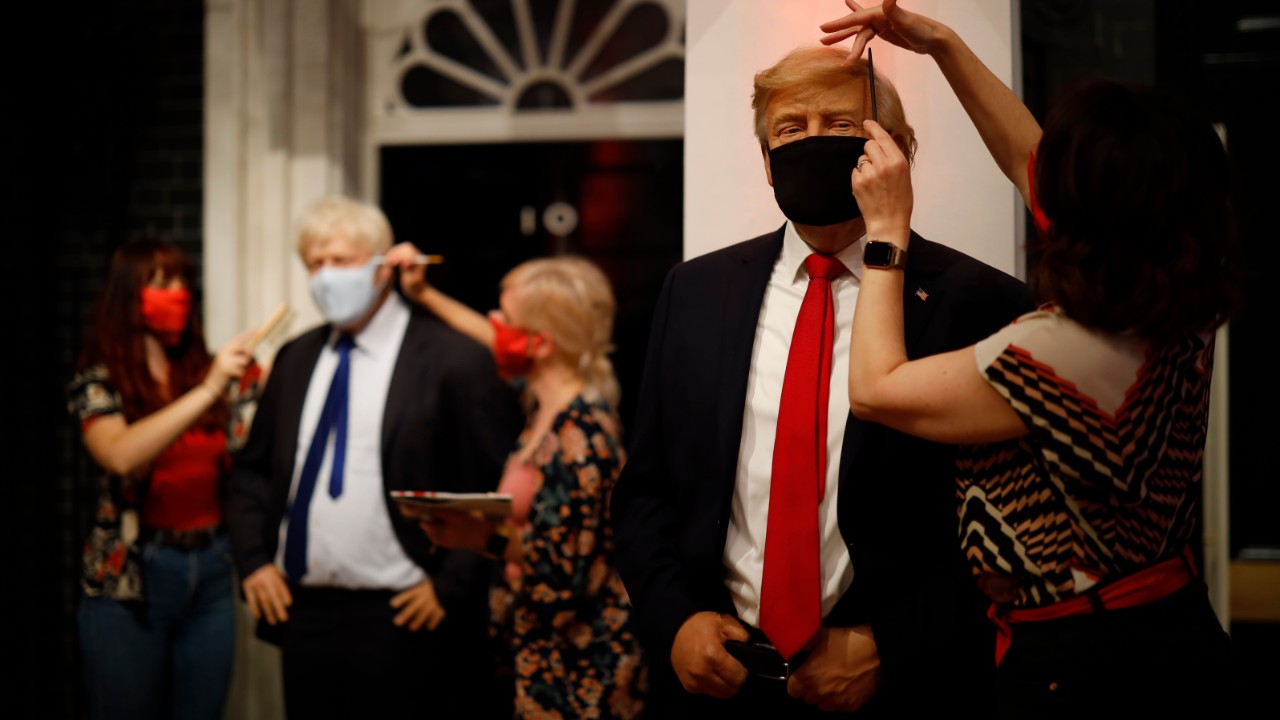 The city of Antwerp will open a COVID-19 "testing village" next week, as it grapples with a spike in new infections. According to officials, the drive-in testing center can handle up to 4,000 samples a day and is intended for people who are not exhibiting symptoms.

The hope is that the test village will relieve some of the pressure on existing test centers and labs. Antwerp accounts for roughly 50 percent of all new cases in Belgium, which averaged 370 new infections per day last week.

"With an EU population in 2019 of 446 million, some 1 billion syringes and needles for vaccination will be required to deliver the vaccine in Europe," the EBN said in a statement. "Thus, it is vital that the 27 EU member states commit to the supply of needles and syringes as soon as possible to avoid a bottleneck in production and supply."

Belgium's health minister, though, isn't worried, saying it "makes no sense" to order the supplies now without knowing which vaccine will be used.

The "approved" travel list into the EU has shrunk yet again, with just 12 countries remaining. Originally, there were 15 countries on the white list. In the latest update, the European Council removed Algeria, which was expected. Montenegro and Serbia were removed in the previous update.

The Council recommends that member states "gradually lift the travel restrictions at the external borders for residents" from those countries. Those living in nations not on the list are not allowed entry into the EU, except for essential travel. The list is updated every two weeks. 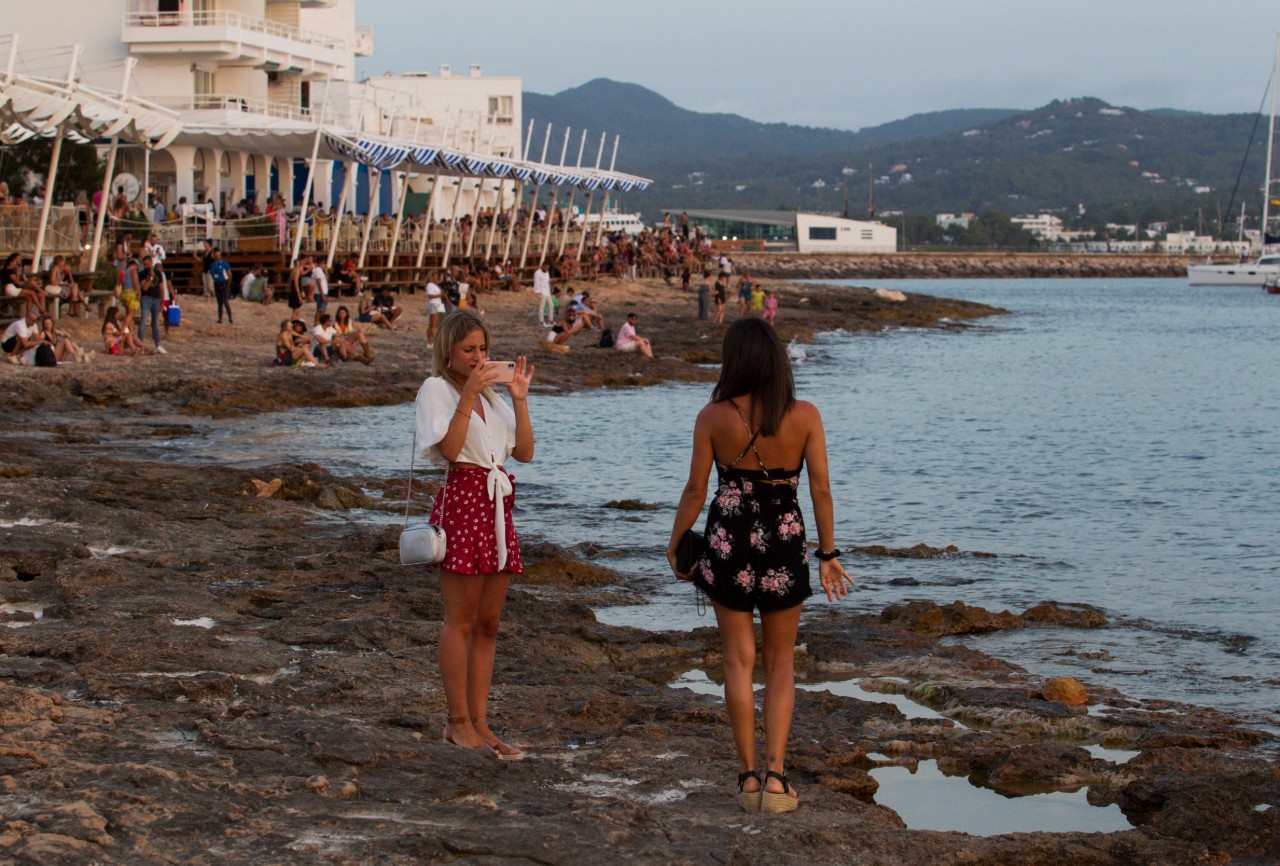 Holidaymakers gather at Cafe del Mar in Ibiza to take part in the local tradition of watching the sunset as Spain's government continues to insist the Balearic Islands are safe. /Jaime Reina/AFP

Holidaymakers gather at Cafe del Mar in Ibiza to take part in the local tradition of watching the sunset as Spain's government continues to insist the Balearic Islands are safe. /Jaime Reina/AFP

Germany has reported more than 900 cases of coronavirus in a single day – the highest number of daily cases since 15 May. It marks a jump from 684 the previous day, and fuels fears that Germany may already be struggling with a second wave of infections.

German authorities have stressed the importance of the R number staying below 1. It is believed to have reached 1.25 on Wednesday.

There have been warnings that Germany's economy will not bounce back quickly from the pandemic, following a record 10.1 percent contraction of its GDP in the second quarter of 2020.

The Hungarian government has decided not to increase protection measures against the coronavirus, instead urging the public to obey the existing rules.

The head of the prime minister's office, Gergely Gulyás, said changing restrictions would be risky and the government wished to avoid that, but asked the public to maintain social distancing and obey the regulations on mandatory mask-wearing on public transport and in the supermarket.

Events of more than 500 people will be permitted from September (initially they would be allowed in August) and the government has allocated more than $17 million to help the live entertainment sector.

CGTN America: Why are young people increasingly getting infected?