For months, the cinema industry has remained paralyzed amid the COVID-19 pandemic – cinemas shut their doors, film festivals were canceled, movie releases postponed and productions interrupted.

As lockdowns are lifted and cinemas are finally allowed to reopen, everything still feels oddly frozen in time, with new releases still being held back by studios while big screens show classics such as Star Wars: A New Hope, Jaws, Grease and Dirty Dancing.

But cinemas are struggling to get back their pre-pandemic audiences. The numbers are staggering: on the first weekend of cinemas reopening in the UK, the British Film Institute (BFI) reported that the highest-grossing film – Disney's Onward – made just $28,056.32 in box office sales. Put that against the $4,439,732.67 the movie made when it was first released and you can see the shortfall picturehouses are having to cope with. 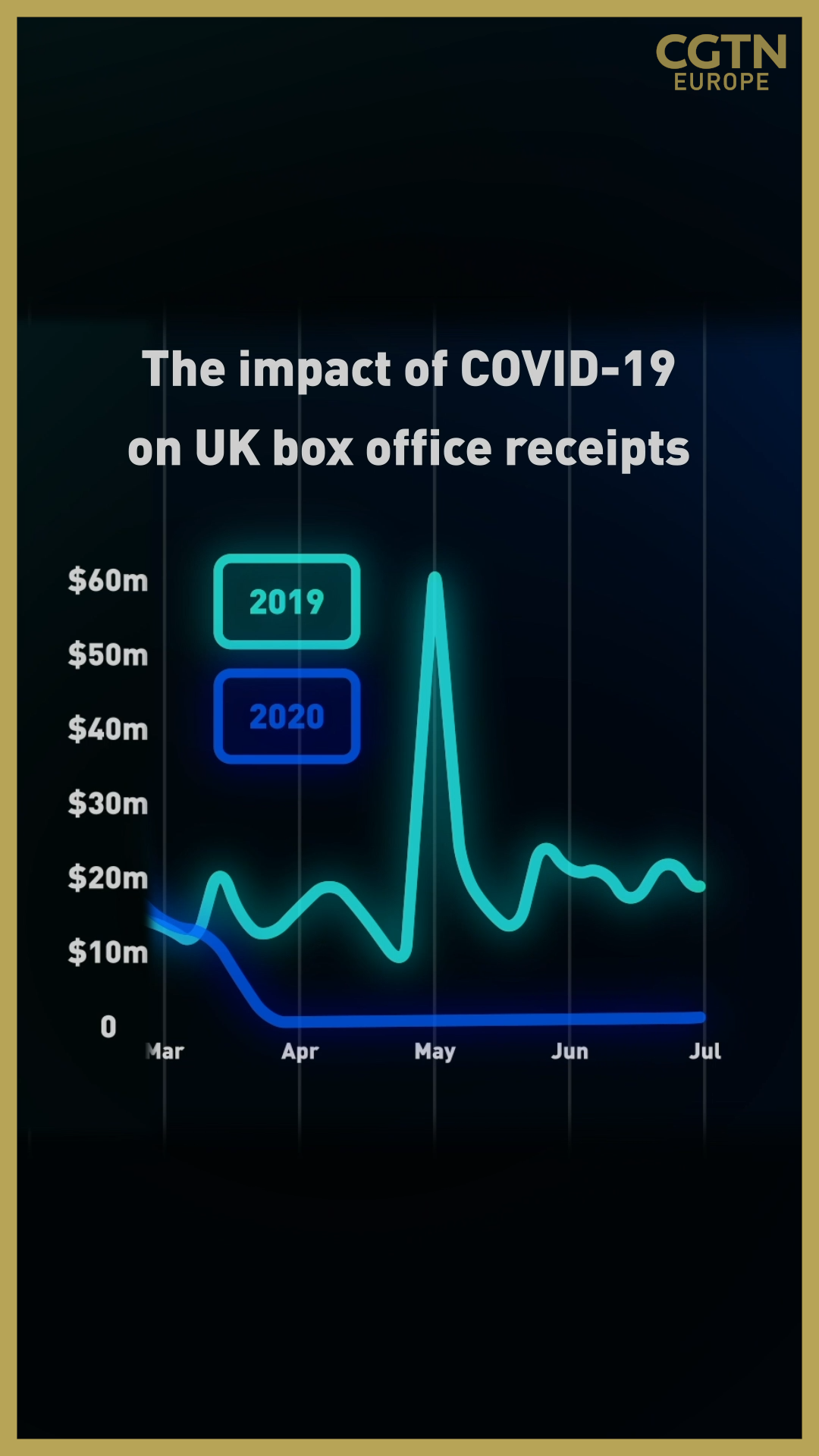 The movie was still the top-grossing film last weekend, bringing in $63,8922 – an increase that indicates people are getting more confident about going back to the cinema – but still a sum that pales in comparison with pre-pandemic profits.

"Our industry has felt a profound impact from COVID-19," says Ben Luxford, head of UK-wide audiences at the BFI. "We felt it really in every sector and every layer: productions have been shut down, cinemas have closed. Audiences are still able to enjoy films, but, you know, there is a pipeline that's been severely interrupted."

One of France's most famous cinemas, Grand Rex, announced it will close its doors to the public again for the month of August after a brief post-lockdown reopening, as the number of viewers doesn't justify the operating costs of staying open. 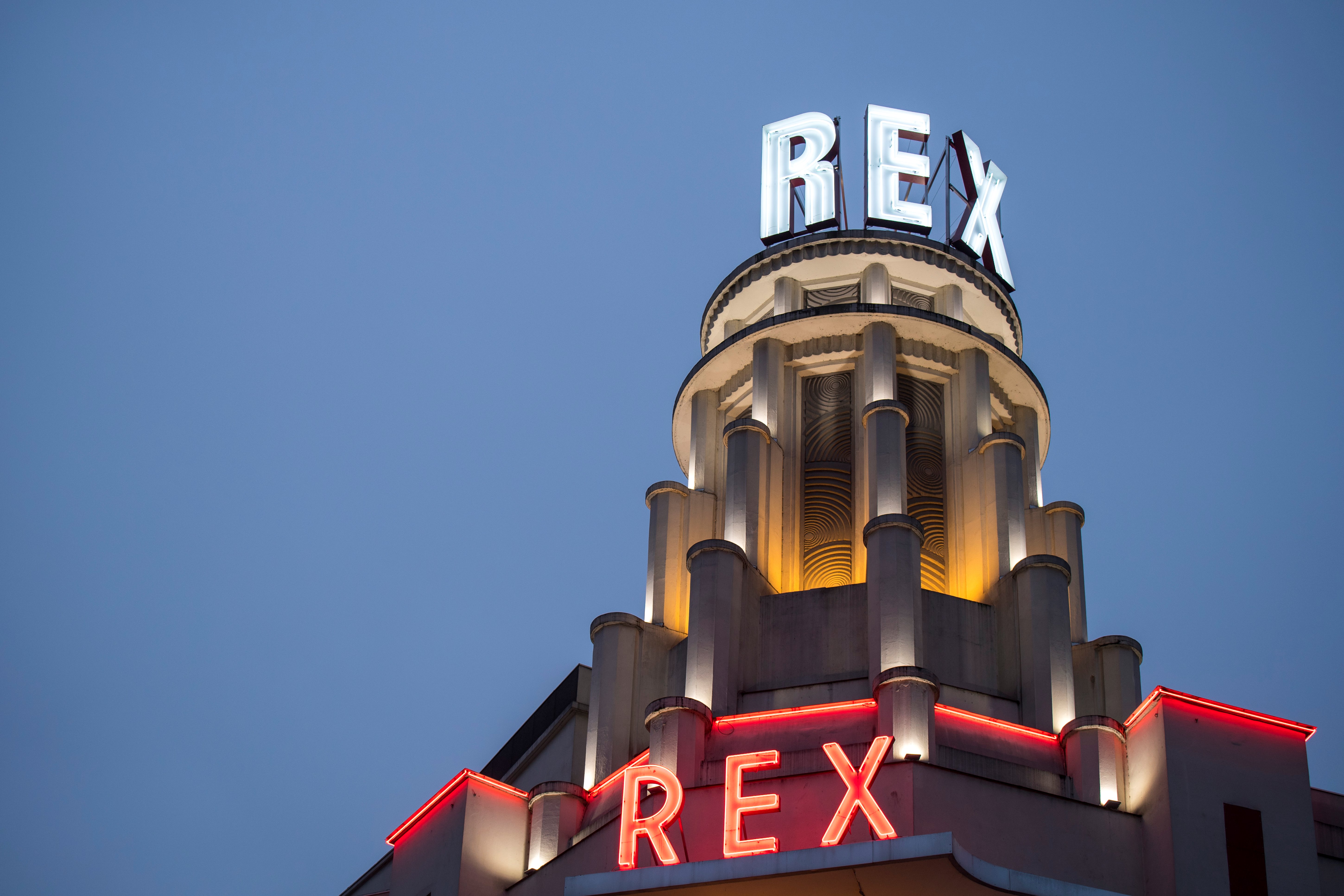 One of France's most iconic cinemas is to shut its doors for the month of August because so few people want to risk seeing movies on the big screen. Credits: PHILIPPE LOPEZ / AFP

One of France's most iconic cinemas is to shut its doors for the month of August because so few people want to risk seeing movies on the big screen. Credits: PHILIPPE LOPEZ / AFP

The cinema, located in the heart of Paris and one of the biggest in Europe, is famous for having remained opened even during World War II. But its 2,700 seats have remained mostly empty since its reopening: the Rex managers blame it not only on the pandemic scaring away cinema-goers, but also on Hollywood studios withholding the releases of their summer blockbusters – titles such as Christopher Nolan's Tenet and Disney's Mulan were bumped to August and the new James Bond film was rescheduled for November.

In France, French comedies such as Divorce Club and Tout simplement noir have pulled in significant revenues at the box office, when in the "normal" landscape they would have struggled to make an impact. 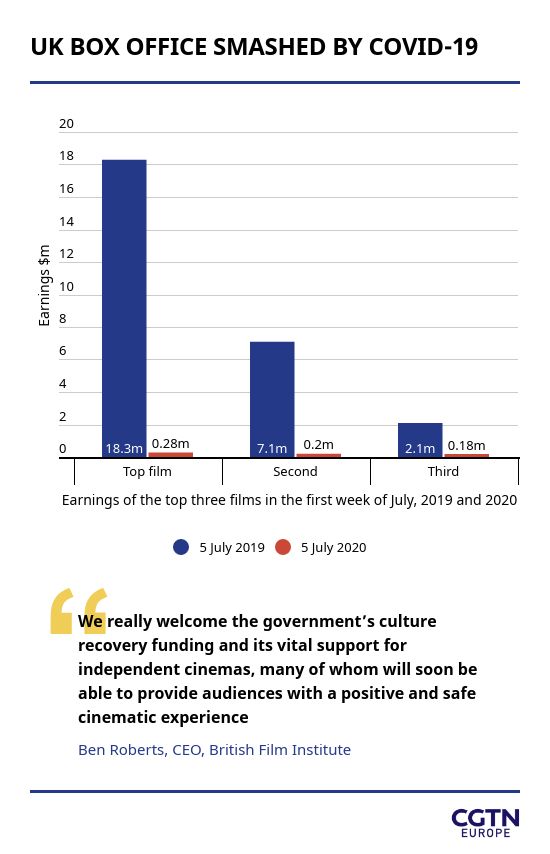 The film industry has also experimented with a new format during lockdown: Universal Pictures decided not to wait for a theatrical release of its Trolls World Tour movie and released it directly on video on demand (VOD) for $19.99. It was a successful move that could be a game-changer in the sector: a report from the Wall Street Journal found that the movie's digital release grossed more in three weeks online than the original Trolls did in five months in theaters – for a total of $100 million in sales.

For years, streaming platforms have been taking away viewers from the big screen and changing the way people watch movies. Lockdowns have accelerated this transition and platforms such as Netflix, Disney+ and Amazon Prime are now offering an alternative to those eager to enjoy a good movie but still feeling uncomfortable with heading back to an indoor cinema.

Governments around Europe are stepping in to help cinemas through this crisis, with recovery funds. In the UK, BFI released guidelines on Wednesday for the 30 million pounds ($39 million) Culture Recovery Fund for independent cinemas in England, which will be able to apply for grants to support their reopening. It's part of the government's $2 billion package to support the recovery of the arts, culture and heritage sector in the nation.

Amid the pandemic, drive-in cinemas are making a comeback. Venice has put a twist on the theme and created Italy's first 'boat-in.' /Marco Sabadin/AFP

Amid the pandemic, drive-in cinemas are making a comeback. Venice has put a twist on the theme and created Italy's first 'boat-in.' /Marco Sabadin/AFP

British cinemas closed on 20 March as part of the nationwide lockdown and were allowed to reopen starting 4 July, but around 80 percent of the country's 775 cinemas remain closed as they struggle to cope with the new safety measures and their costs. There is enormous financial pressure, especially on smaller independent cinemas, to reopen at only half capacity. But often attendance doesn't even reach those numbers.

"They're opening with real caution," says Luxford. "We always knew that it would take around four weeks for cinemas to put in the necessary requirements of particularly health and safety, to train staff and to acquire the appropriate PPE [personal protective equipment] that would be needed within auditoria.

"Also, a lot of venues right now with the social distancing restrictions in place, it is simply not viable for them to open. So, although they might have the green light and are allowed to open actually financially, it just doesn't make any sense quite yet."

Despite the gloomy circumstances, Luxford is optimistic that the industry will recover from the pandemic: "We're kind of operating in a whole new market now, and it is going to take time and it's going to be a bit messy at first."