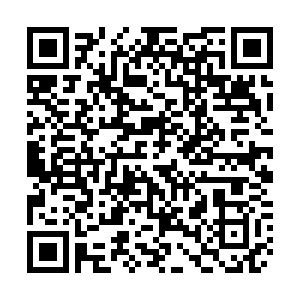 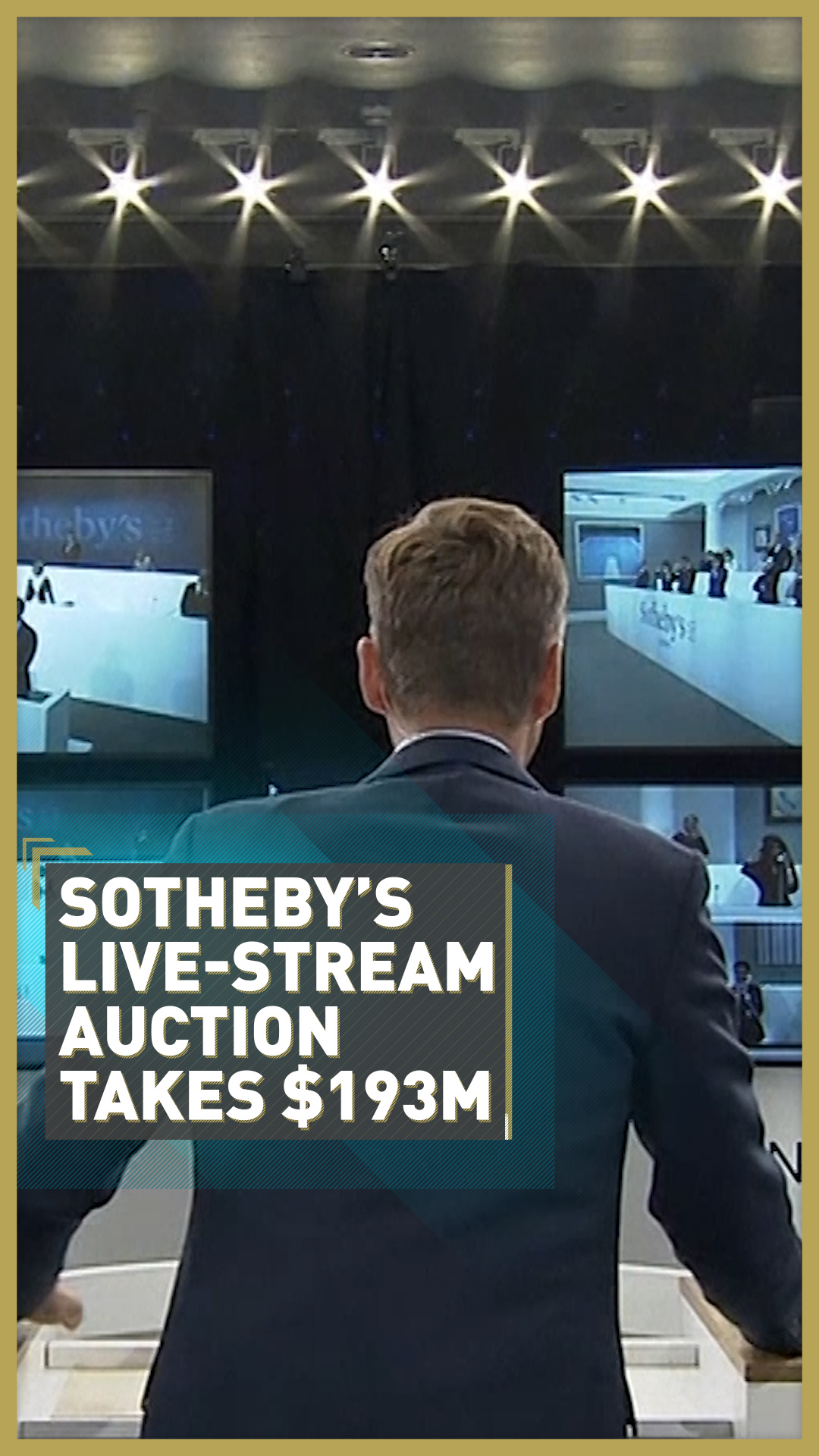 Sotheby's, one of the world's premier auction houses, has adapted to the challenges of the pandemic by conducting its first live fine art auction.

Bidders were able to access the auction in London via a live-stream to vie for dozens of artworks spanning five centuries. Experts in the UK capital, New York and Hong Kong working for anonymous clients spent $192.7 million on pieces from some of the art world's biggest names.

A rare self-portrait by Dutch master Rembrandt was sold online for almost $19 million, while one of the highest-valued paintings was by the Catalan artist Joan Miro. Peinture (Femme au chapeau rouge), which means 'Woman in a red hat,' was painted in 1927 and sold for close to $29 million.

Large and small auction houses are reinventing how valuable and less well known work is sold.

Simon Stock, Sotheby's senior international specialist for modern art in Europe and Asia, said: "It's become a really interesting moment, because we are developing with proprietary technology, this wonderful live-stream online bidding platform and people from around the world can participate. But also our colleagues who are based in New York and Hong Kong can also be beamed into the action and participate in that way."

The event on Tuesday was deemed a success by the auction house. Sotheby's last live London auction was in March under very different circumstances. Pre COVID-19, buyers and collectors would be wooed in parties, lunches and by private viewings. Live streaming is the new way to sell even multi-million-dollar artworks.

"We're getting around the coronavirus problem, using technology, which is something we've invested in heavily, so that we can deliver as seamless an interaction for auction as possible," explained Stock.

It was an unusual art auction for another reason, too. Old Masters like Rembrandt and Hals, Impressionists such as Picasso and Matisse, were sold alongside modern British works by Francis Bacon, David Hockaday and Banksy.

What is more of a challenge, is recreating the excitement and buzz of a packed auction room, with a range of buyers bidding online or via phone lines from all over the world. 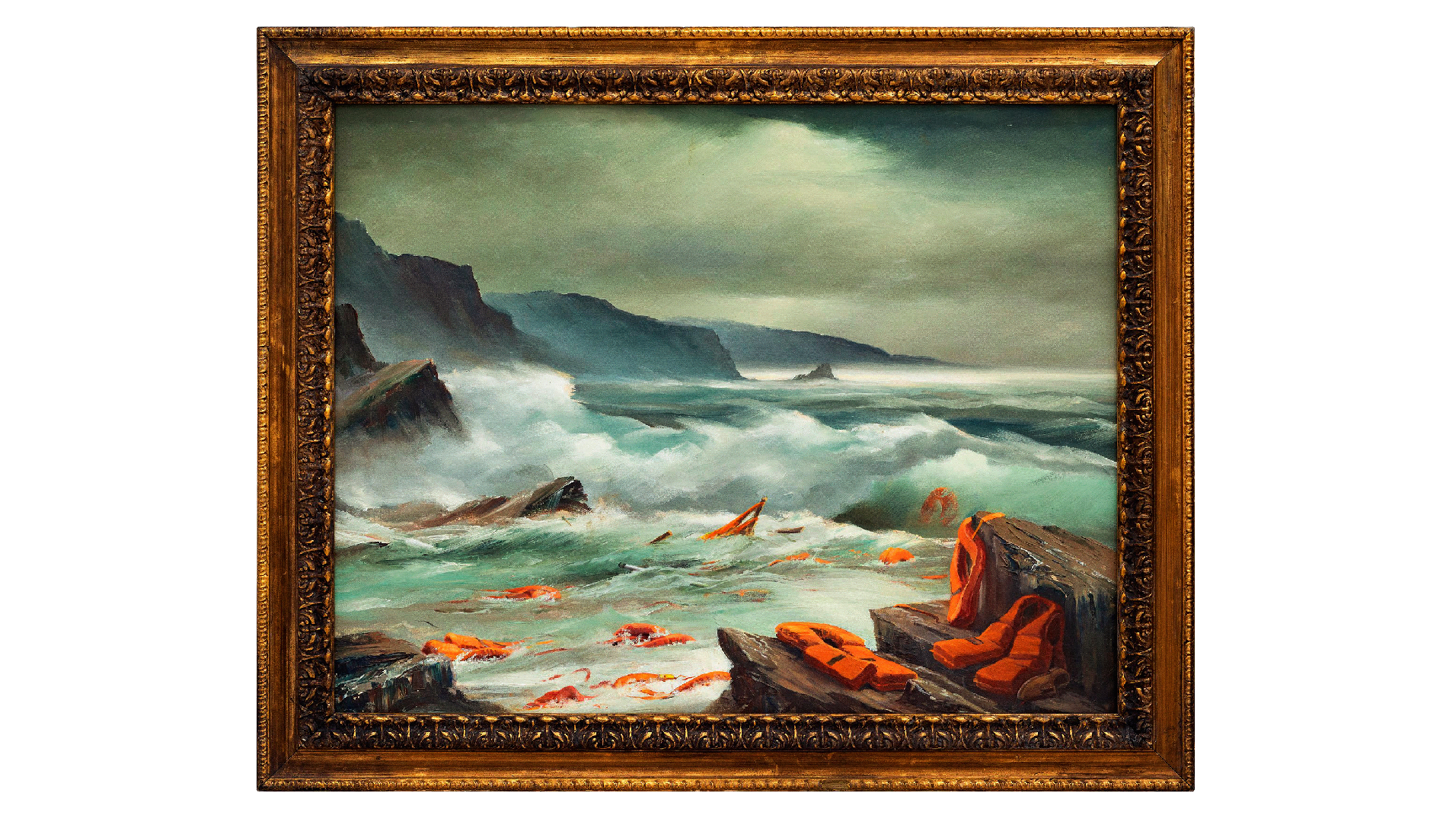 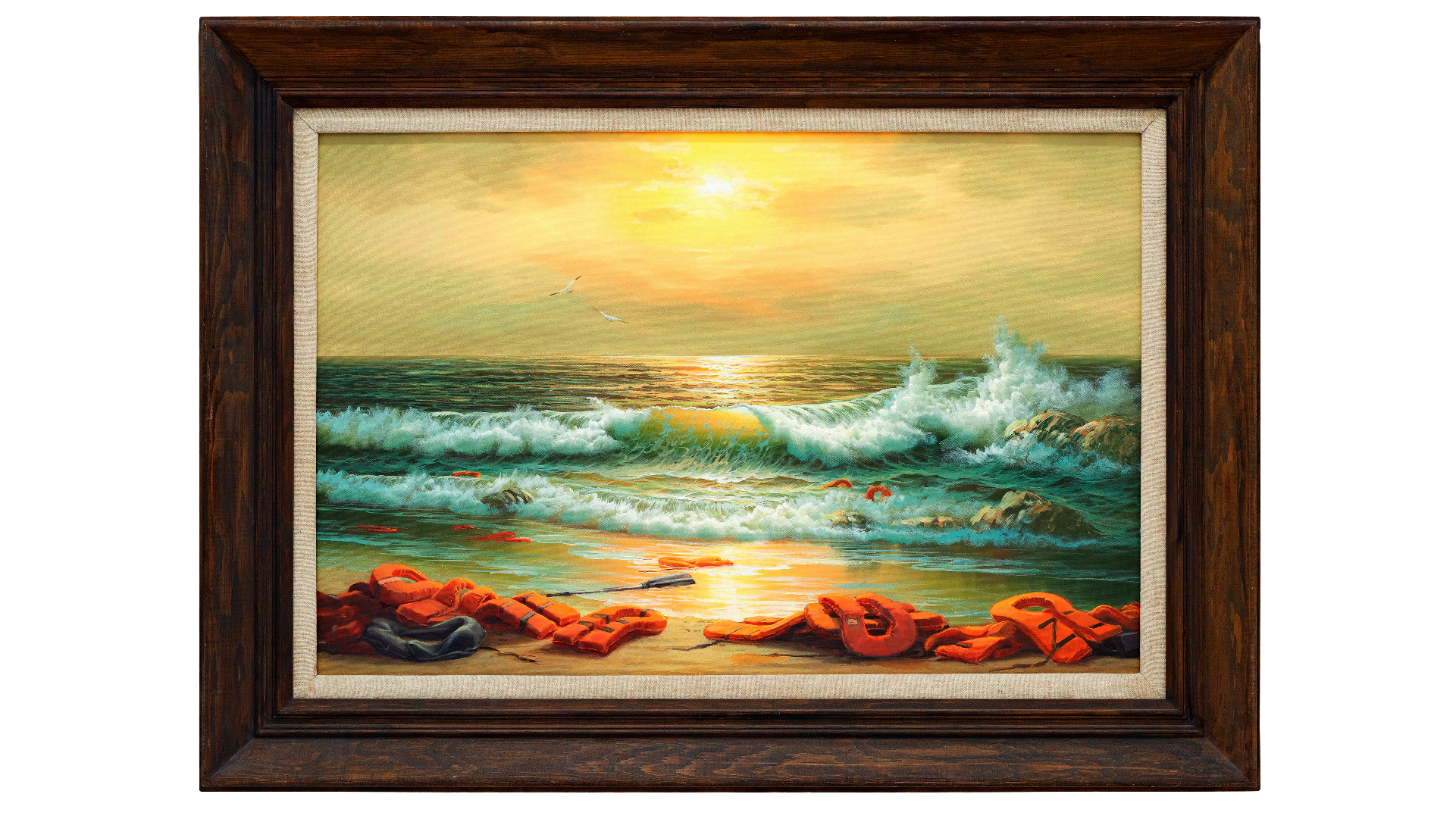 Called 'Mediterranean Sea View 2017' they appear to be a set of traditional seascape paintings. /Sotheby's

Called 'Mediterranean Sea View 2017' they appear to be a set of traditional seascape paintings. /Sotheby's 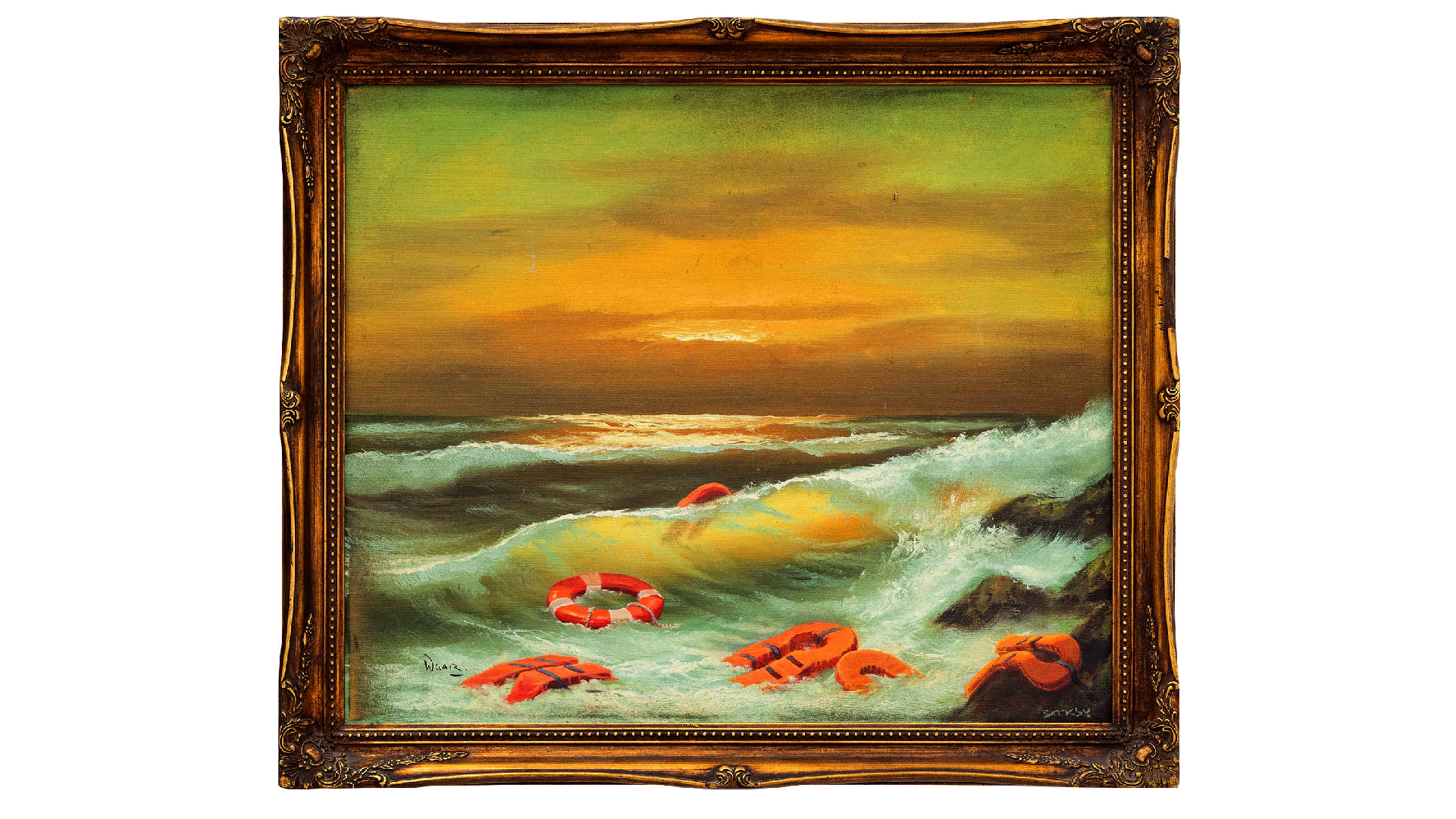 Each one contains orange life jackets as a symbol of Europe's migrant issue. /Sotheby's

Each one contains orange life jackets as a symbol of Europe's migrant issue. /Sotheby's

Gallery owner Peter Gagliardi said the traditional way of buying art was changing, even before the outbreak changed the rules. "The catalyst now has been a real kick in the direction of value. Which is the biggest change we've seen," he noted.

No longer do collectors with money to burn in their bank accounts feel the need to see art, he says.

"People are no longer spending hundreds or thousands of pounds, or tens of thousands even – they're spending millions online. With the power of just a click.

"What's interesting, you have auctions where people have not seen the item and every bid goes up by a hundred thousand, half a million and you get caught out in the moment, click-click-click and you are a few million up, without having seen it."

Online growth rates have been picking up steadily for Sotheby's, even if they were less than 10 percent of sales revenues last year, for the main auction businesses.

Sotheby's overall sales fell by around 75 percent to the end of May. Down from $2.2 billion in 2019 to $541m this year, according to a research company called Arts Economics.

According to Stock, online sales will increase and he feels Sotheby's hasn't done too badly, despite the complications of COVID-19. "We are actually parking a very high turnover of sales throughout the coronavirus, which is admirable."