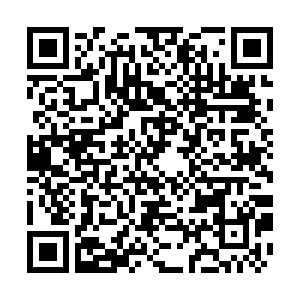 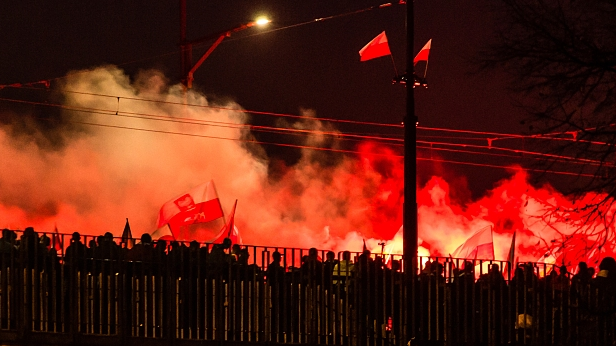 Polish nationalists march on the country's independence day, the march has become, in part, one of Europe's biggest gathering of nationalists. /VCG/Rafał Nowakowski

Polish nationalists march on the country's independence day, the march has become, in part, one of Europe's biggest gathering of nationalists. /VCG/Rafał Nowakowski

Intolerance of minorities and racist abuse in Poland's schools is going unchecked, fear activists and campaign groups, who blame the country's right-wing government for accelerating the problem due to its promotion of "traditional values."

Students and their parents, from a migrant or traveler background, complain that educational institutions are failing to prevent racism. "When I inform teachers that my daughter has been called the N-word, her teacher turns a blind eye and tries to joke about it," Anna, who did not want to use her full name, told CGTN Europe.

While in the village of Maszkowice, in the country's south, the local Roma community has complained that, following the COVID-19 outbreak, unlike Polish children, Romani youngsters have not been offered laptops necessary for remote learning.

According to a recent report by the European Commission, the Roma population is the ethnic community in Europe most discriminated against.

Left-leaning Polish media have reported that racial insults have intensified following the start of the COVID-19 pandemic and that during the country's economic and social lockdown, minorities were blamed for the spread of the virus through conspiracy theories.

"In Poland, discrimination exists on a multidimensional level, with institutions lacking integration policies, which are necessary to prevent discrimination and exclusion in local schools," says Margaret Ohia, a researcher at the Never Again Association, an independent anti-racism organization, based in Warsaw.

Poland's Interior and Education Ministries have denied the existence of racism in schools. A ministry spokesperson referred CGTN Europe to the recommendations the European Commission made against racism and intolerance, which Poland is obliged to implement in order to prevent discrimination or racial isolation within national institutions.

'They referred to me as monkey'

For the researchers with the OKNA Foundation, an association for the protection of children, racism in Polish schools is a stark reality. In 2019, OKNA conducted a social experiment, which helped identify racism in schools. Children were asked to draw people of color in their school. Out of 160 drawings, 48 pictures showed situations of social exclusion, stereotypes or scapegoating.

"My fellow classmates have always resorted to arguments about my skin color every time they lacked rational arguments. They usually used the N-word, referred to me as 'the black asphalt' or 'monkey.' Teachers rarely reacted. Some of them encourage it or even join in," Marcin, who also didn't want to use his full name, recalls.

Marcin comes from an ethnically mixed marriage. His father came to Poland in the late 1980s. Marcin's family lives in Lublin.

He explains that people of color are still considered a rarity in Poland. "I remember violent spats a few years ago, when I was at junior high. Teachers did not know how to behave after a racial spat was occuring in our class. I tried to fight back, but it did not help.

"Children behave according to the cultural code that is accepted by a given community," explains Ohia. "Polish teachers do not know how to tackle discrimination because they do not know how to challenge racial patterns on an institutional level.

"A vast majority of teachers prefer to remain ignorant to cultural sensitivities. Thereby they encourage discrimination by pretending that nothing wrong has happened."

She recalls one incident in Tarnow in which local students brought a toy gun covered in racial insults into class. Their teachers treated the incident as a joke, explained Ohia.

According to a report published by the British Council, titled Empowering Communities in Europe, nearly two-thirds of respondents had concerns about the influx of refugees or other migrants to Poland. The report also mentions the refugee crisis of 2015-16 as a galvanizing factor for anti-migrant politics and views.

This is despite during the height of the crisis both the governing Law and Justice Party (PiS) and the President Andrzej Duda rejecting the European Union's proposal of compulsory migrant quotas.

Is the government helping?

Some political commentators have blamed PiS for contributing to racism, noting its advocacy of traditional concepts of Polish identity, be it Catholic values or Slavic roots, which are endorsed and promoted on state television.

In 2013, then Polish Prime Minister Donald Tusk started the Council Against Racial Discrimination and Xenophobia, tasked with weeding out instances of racism, but it was shut down three years later by PiS.

PiS leaders have regularly defended themselves against accusations that they are nationalistic, let alone racist, stating that the party endorses Polish patriotism.

Despite being criticized by nationalist groups for its relative moderation, PiS contains within its ranks  former members of such groups including the Minister of Digital Affairs Adam Andruszkiewicz, who as recently as 2016 led the far-right group All Polish Youth.

Despite a deluge of international criticism over its domestic policies, PiS continues to win elections. Most recently, Andrzej Duda, its candidate for president, was re-elected for a second term. Its policies, while considered unpalatable for many, are still proving popular at the ballot box.

Michal Bilewicz, a social psychologist at the Warsaw-based Center for Research on Prejudice, said during a show on the TVN24 channel: "In a country where one dominant narrative shapes ethnic identities, derogatory epithets and ethnic slurs are becoming the new normal and an integral part of local mentalities."