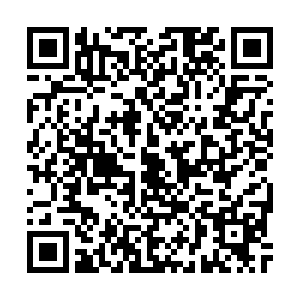 - Spain's prime minister Pedro Sanchez has called the UK's decision to impose a mandatory quarantine on people traveling from Spain "unfair" and "unjust." Sanchez also described the decision to consider the rate of infection in the whole of Spain and not regions as an error.

- Britain's foreign office has extended its advice against non-essential travel to mainland Spain to include the Balearic and Canary Islands. The decision is "based on the current assessment of COVID-19 risks in the country."

- Ireland will reopen its schools at the end of August, prime minister Micheal Martin has revealed. The plan to reopen schools includes a $433 million package that includes hiring more teachers to reduce class sizes and enable more social distancing.

- Germany's disease control agency, the Robert Koch Institute, has said the new rise in cases across the nation is down to negligence.

- The World Health Organization has said the world is still in the first wave of the pandemic that is "going to go up and down a bit." Spokeswoman Margaret Harris also said she believes the virus is behaving very differently from one that comes and goes in seasons.

- The government of Spain's capital, Madrid, has said the wearing of face masks will be compulsory in public at all times, even when social distancing can be observed.

- Germany and Belgium have warned its citizens against traveling to certain regions in Spain. Germany has urged against non-essential travel to Aragon, Catalonia and Navarra, while Belgium has said extreme vigilance is required by those returning from Aragon and Catalonia.

- Greece is to make face masks compulsory in more indoor public spaces after a small spike in cases across the nation.

- The Airport Operators Association, the UK trade body, has called on the government to drop its mandatory quarantine for travelers returning from Spain's Balearic and Canary Islands. Fifteen percent of flights leaving the UK in August last year went to and from the islands, carrying just under 2.4 million people.

- The Belgian City of Antwerp has imposed a late-night curfew for its residents after a spike in new infections in the province. People must be off the streets from 11:30 p.m. until 06:00 a.m., except for essential travel, and wearing a face mask is mandatory in all public spaces.

- Italian opera singer Andrea Bocelli has launched a scathing attack on the Italian government's handling of the pandemic, saying he "felt humiliated and offended" that he could not leave his home.

- UK airline Jet2.com has decided to cancel all of its flights from the UK to 10 Spanish destinations from Tuesday. Flights scheduled back from Spain to Britain will be operating, the airline added. 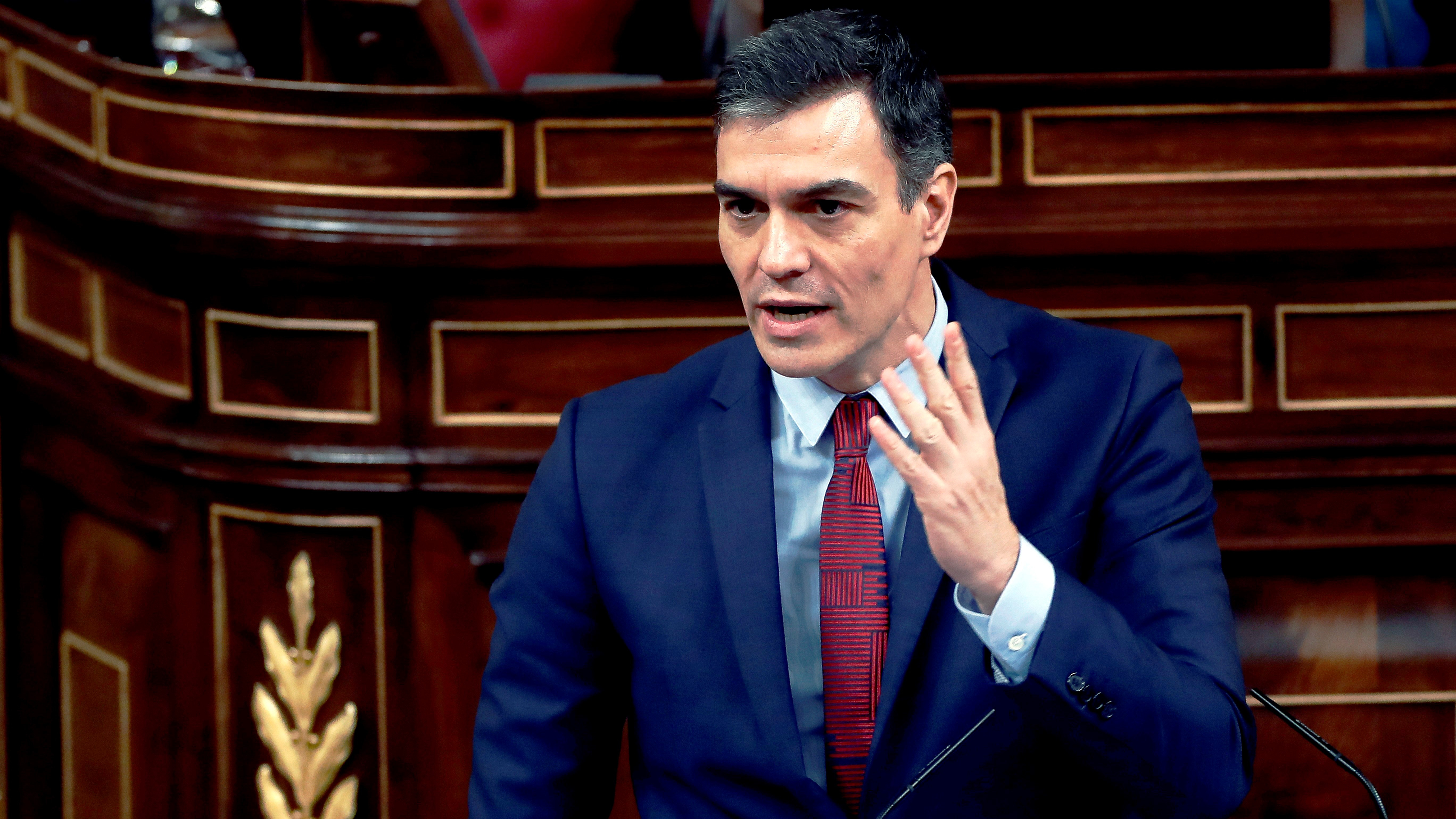 Spain's Prime Minister Pedro Sanchez has called the UK government's decision to implement a mandatory quarantine on those arriving from Spain as 'unfair and unjust.' /AP

Spain's Prime Minister Pedro Sanchez has called the UK government's decision to implement a mandatory quarantine on those arriving from Spain as 'unfair and unjust.' /AP

It's going to be one big wave. It's going to go up and down a bit. The best thing is to flatten it and turn it into just something lapping at your feet.
-  Margaret Harris, World Health Organization spokeswoman

The opposition is urging the Hungarian government to continue paying the costs of coronavirus screening.

In line with recently imposed regulations, Hungarians returning from countries classified as "yellow" and "red", representing a perceived medium and high threat of infection, must quarantine at home for two weeks unless they produce two negative test results.

The tests are paid for by the state only until 1 August.

Antwerp has imposed a late-night curfew as the number of new infections in the province surge. Everyone must be off the streets from 11:30 p.m. until 06:00 a.m., except for essential travel.

Wearing a face mask is also mandatory in all public spaces and contact sports are banned for anyone over 18 years of age.

The local government is also making remote working compulsory unless it is impossible.

Stricter measures have been introduced for the hardest-hit areas, including Antwerp city center, where all events and festivities are prohibited and all gyms are to close.

"Unjust" is how Spain's prime minister has described the decision to impose a 14-day quarantine in the UK on everyone arriving from his country.

Pedro Sanchez went further after the British government's abrupt decision on Saturday evening, suggesting tourists would be safer from the coronavirus in many Spanish regions, than in the UK.

One British newspaper is reporting the 14-day quarantine, could be cut to 10 by Friday. So far, there are no indications the UK government will revise its decision or amend travel advice to Spain's Balearic and Canary Islands, where rates of infections are lower than the mainland.

The impact of the decision will affect up to 1.8 million Britons expected to holiday in Spain before the end of August. Plans are being changed as holiday companies Jet2.com and Tui have cancelled flights to Spain and many to Portugal, too. Other carriers, such as easyJet, British Airways and Ryanair are continuing their scheduled flights to Spain for the time being. 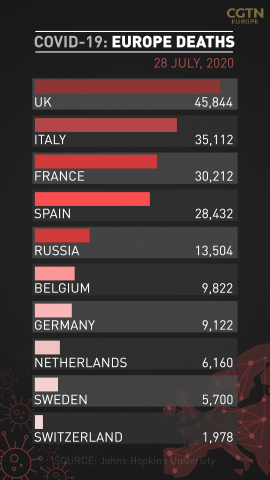 The president of Spain's second most populous region, Catalonia, has warned of stricter lockdown measures if coronavirus cases continue to surge.

Quim Torra was responding to a 14-day cumulative figure that showed Catalonia having 115.57 cases per 100,000 inhabitants, that's compared with the national average of 39.4.

Bars and nightclubs have already been closed in Barcelona and Torra condemned the activity of "botellón" among young people.

"Botellón" is the name given to when people congregate in public areas to socialize and drink alcohol and is very popular among the younger members of the population.

Nearly 500 people are being quarantined at a Bavarian farm after dozens of seasonal workers tested positive for the virus.

Local authorities ordered a series of tests to be carried out at the farm northeast of Munich, after seven workers reported contracting the virus. At least 174 later tested positive.

Security staff are now stationed at the property to enforce the lockdown measures.

On Monday, German Health Minister Jens Spahn announced coronavirus tests would be mandatory for travelers returning from high-risk areas, amid concerns of another surge due to summer travel.

France is reporting a steady increase in the number of coronavirus cases. Free and non-prescription screening has been set up in the town of Quiberon, in Brittany after 54 cases of coronavirus were detected in less than a week.

In Finistère, also in the northwest Brittany region, cases of COVID-19 have been found in 13 retirement homes.

There are now around 1,000 infections per day being confirmed in France, figures that have prompted the government to act.

The local authorities in the Mayenne region in the west of the country have issued a new decree and wearing a face mask outside is now compulsory in several towns in the area. 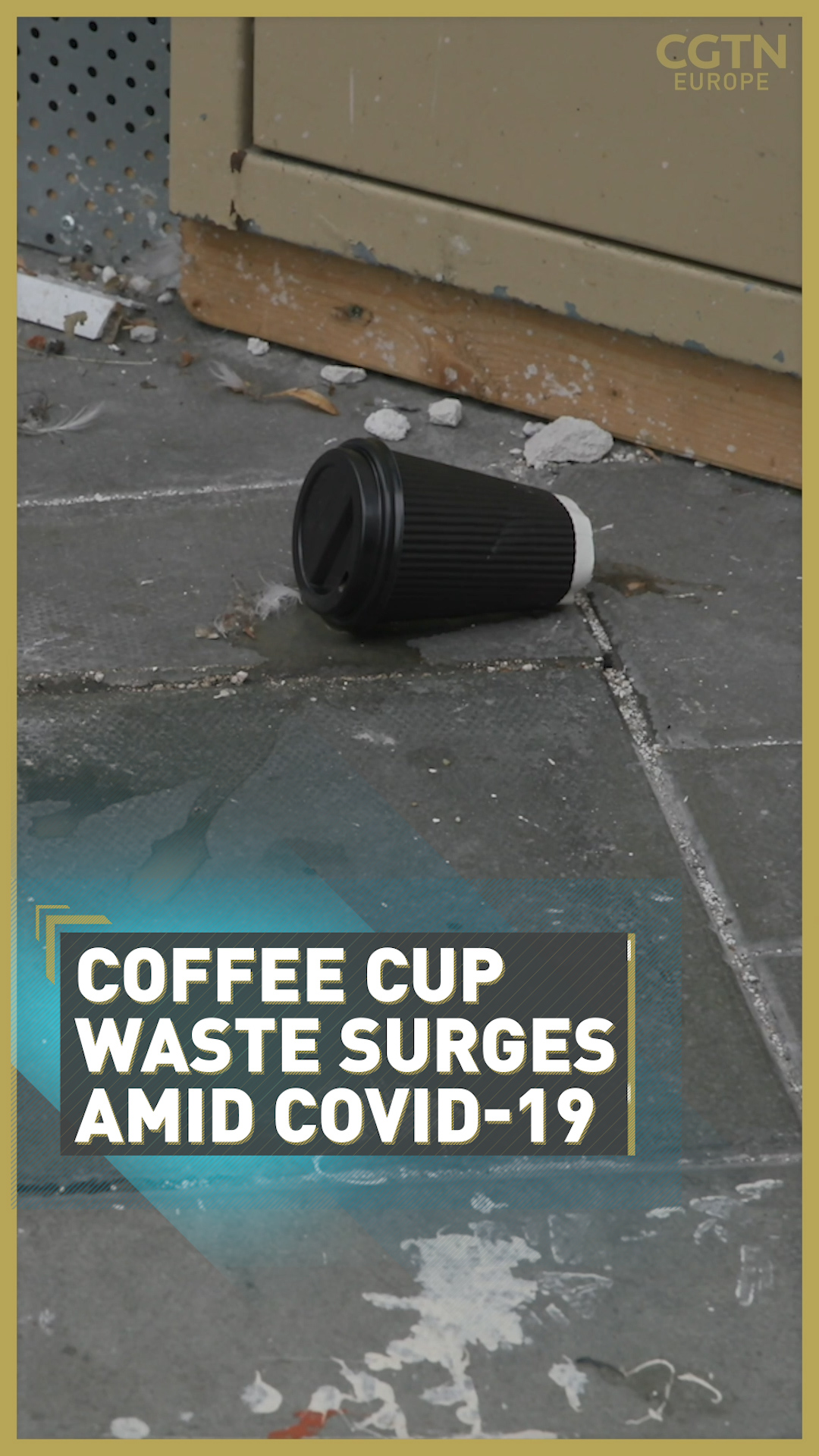 CGTN China: Tesla hiring in Shanghai as production ramps up