COVID-19 linked to obesity: Which nations are Europe's most overweight?
Tim Hanlon 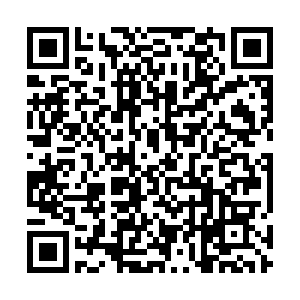 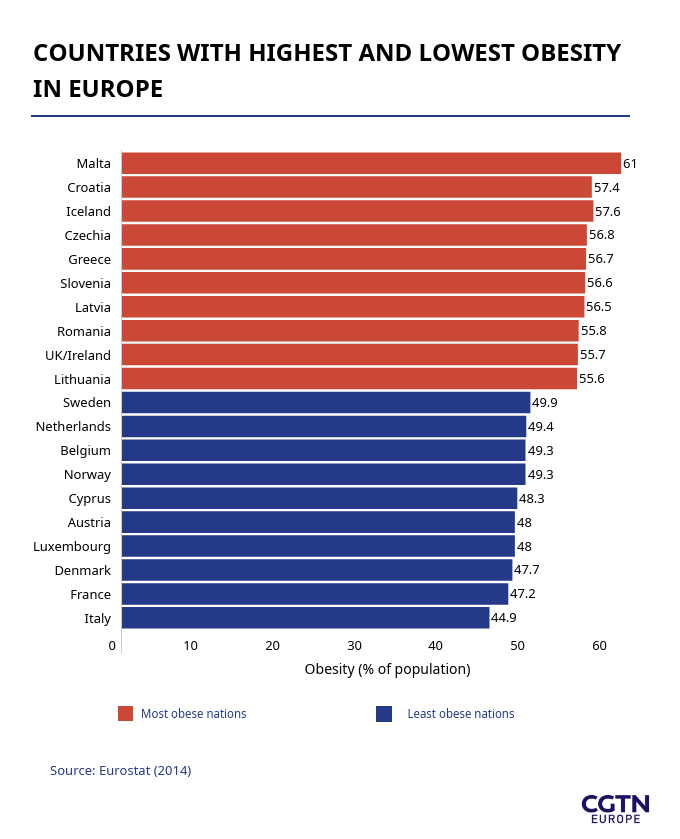 Obesity is now being pointed to as a factor in deaths from COVID-19, putting the spotlight on countries such as Malta, Iceland and the UK, which face the biggest battles to get their citizens in shape.

The problem of obesity due to overeating and a lack of exercise has been growing fast, with more than half of people in Europe overweight, according to the World Health Organization.

Evidence from around the world suggesting people who are overweight are at greater risk of becoming seriously ill from COVID-19, means there is an extra reason to take on obesity.

UK Prime Minister Boris Johnson is pushing the country to get in shape and is instituting government measures, which include banning television and online adverts for junk food before 9 p.m.

In the UK, 55.7 percent of adults are overweight. But the country is far from alone in battling the bulge: Malta tops the list in Europe, with 61 percent; then comes Iceland, on 57.6 percent; and Croatia is third, with 57.4 percent, according to Eurostat.

"The [coronavirus] pandemic really brings to the fore the need to tackle obesity more aggressively," said Francesco Rubino, chairman of metabolic and bariatric surgery at King's College London. "One lesson from the pandemic of COVID-19 is that not treating obesity is not an option."

People eating out in France, which has one of the lowest obesity rates in Europe. /Christophe Archambault/AFP

People eating out in France, which has one of the lowest obesity rates in Europe. /Christophe Archambault/AFP

The Mediterranean diet has long been seen as a reason for lower obesity and longer lives. Therefore, perhaps it is no surprise that Italy has the lowest rate of obesity in Europe, at 44.9 percent. And behind it comes France, with 47.2 percent.

Scientists are still learning what specific mechanisms might explain the link between obesity and COVID-19.

Clearly being overweight puts an extra strain on vital organs in the body, such as the heart and leads to conditions such as high blood pressure. It means obesity often coincides with other health conditions including diabetes or liver and kidney problems.

"Obesity puts extra pressure and metabolic strain on almost every organ system of the body," said Susan Jebb, a diet and population professor at Oxford University. "So it's perhaps not surprising that it also exacerbates the risk of COVID-19 complications."