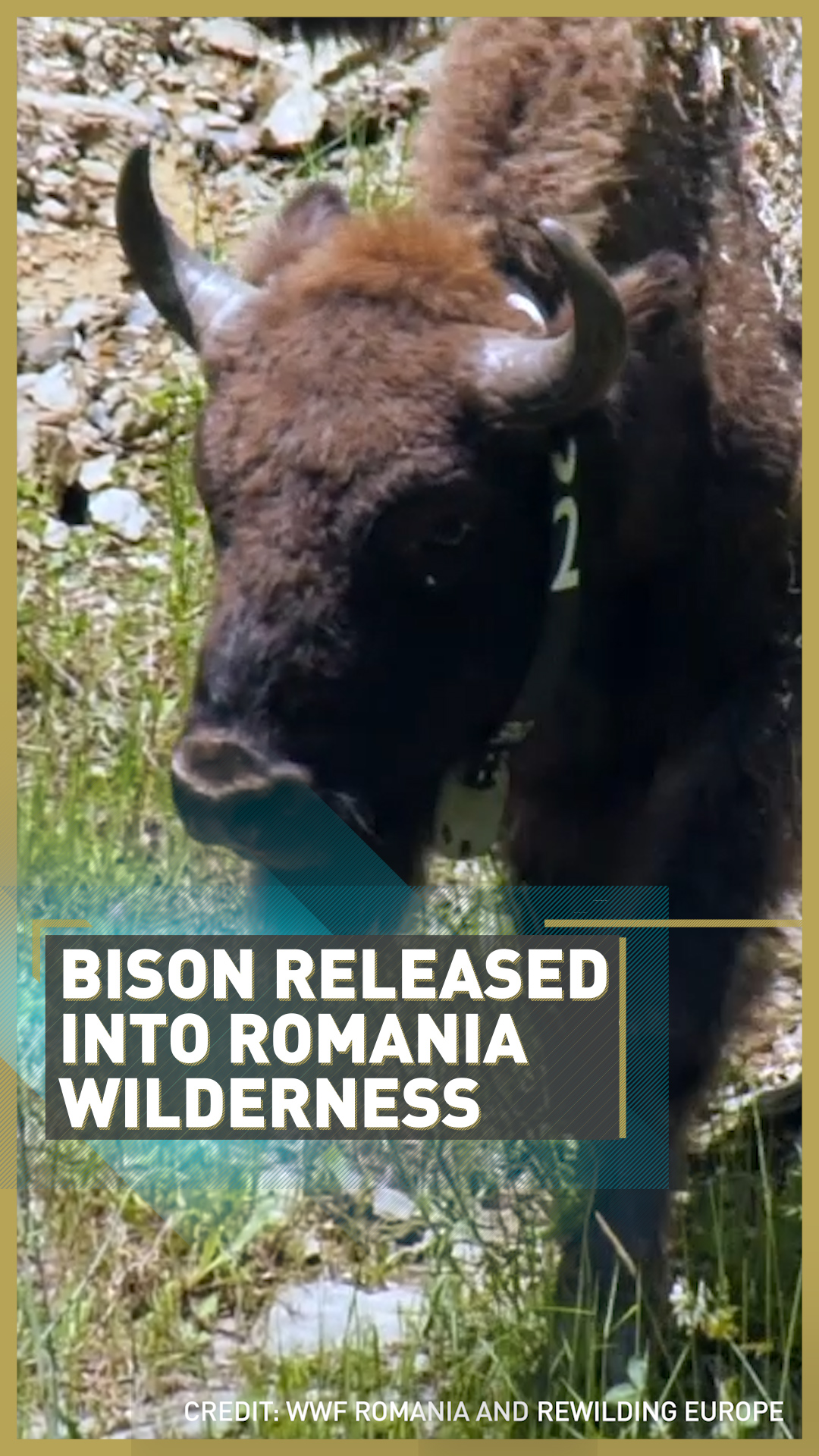 Eight bison have been introduced to the Carpathian Mountains, Romania, where they will eventually join the largest bison herd Romania has had in 200 years.

The two males and six females, were raised on reservations in Germany and Switzerland. Following their introduction to the region, undertaken jointly by WWF Romania and Rewilding Europe, the animals will be monitored by rangers and a veterinarian as they go through a period of acclimatization.

They will then be released to the Tarcu Mountain of the Southern Carpathians to join the rest of the 57-strong herd.

Florin Halastauan, the ranger coordinator monitoring the animals, said: "Preparations for the transport require a lot of attention. From the selection process, important for genetic diversity, up to mounting the collars, we are focused on the wellbeing of the bison. It is a stressful journey, but we hope the reward of freedom is worth it."

The rewilding effort is aiming to boost the population of the European Bison – the largest land mammal in Europe – almost 100 years after the last wild one was killed.

The animal once ranged over much of Northern and Eastern Europe. In 1921, the last wild European Bison was killed in Poland. Several females survived in captivity, from which the current cohort descends.

"Every transport and every birth in the wild are a success for the conservation of these vulnerable animals and not only because bison are a key species that sculpts the ecosystem and influences biodiversity," said Marina Druga, the project manager of LIFE-Bison Project Manager, WWF-Romania. She added: "Animals, plants, our health and sustainable community development, ecotourism, all depend on them returning in the wild."