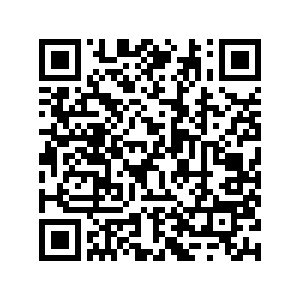 While we all hope for a coronavirus vaccine, many of us are keen to go about our day-to-day lives again. Physical distancing and hand washing have helped limit the spread of the virus but can't prevent all forms of transmission, particularly indoors.

With the virus known to stay alive in the air for a number of hours – and on some surfaces, for days – a physicist at Columbia University is harnessing the power of light in an attempt to stop the virus before it infects.

David Brenner, who has developed a UV lighting system that can kill viruses including SARS-CoV-2, believes the technology and know-how already exists.

"UV light has been used to kill viruses for a very long time – it's 100 years since we knew that UV light kills viruses," Brenner tells RAZOR.

Such ultraviolet light is already used in hospitals, one example being to sterilize operating theaters. Ultraviolet light is on the same spectrum as visible light, but it has a slightly shorter wavelength, which cannot be seen by the human eye. It can be broken down into three different groups: UV-A, UV-B and UV-C.

UV-C is the shortest and most energetic, often called germicidal UV for its sterilization properties.

"Conventional germicidal UV light is really good at killing bacteria and viruses," says Brenner, but he also adds that it cannot be used directly in situations where people are present because it is a health hazard: it can cause issues with the skin and with the eye.

Brenner said that the team started to question whether a type of UV light could be possible which kills viruses but does not cause harm in the same way as conventional germicidal UV light. 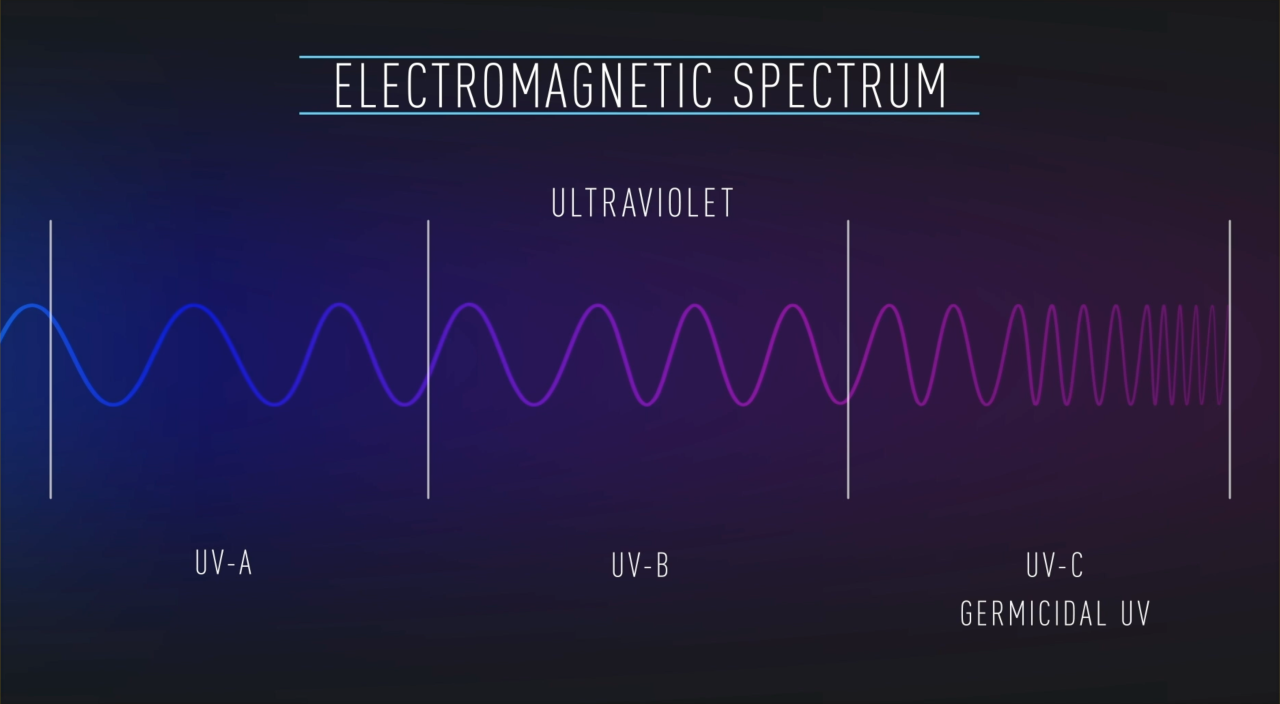 UV light is on the same spectrum as visible light, and UV-C has the shortest wave. /CGTN

UV light is on the same spectrum as visible light, and UV-C has the shortest wave. /CGTN

This is where the idea of "far UV-C" light came in, which has a shorter wavelength than germicidal UV-C and causes less harm.

Brenner says that with this type of UV light, scientists are looking to "kill UV viruses in the air while still being safe for human exposure."

Far UV-C kills viruses by warping the structure of their genetic material, preventing replication. This has already been tested out on two coronaviruses which cause the common cold: tests showed that 16 minutes of far UV-C light kills 99 percent of coronavirus particles in the air.

Brenner and his team are also confident that this does not cause harm to humans, which is supported by long-term studies.

"On the very surface of our skin and eyes is a layer of cells which are not living cells," he explains. "The far UV-C light, as it's impinging on the skin, simply gets absorbed in those dead cells, so it can't reach the living cells in the top layer of our skin."

UV-C is absorbed into the dead cells on the surface of our skin and eyes, making it less harmful that typical UV light. /Columbia University/CGTN

UV-C is absorbed into the dead cells on the surface of our skin and eyes, making it less harmful that typical UV light. /Columbia University/CGTN

Brenner's lights are focused on efficacy and safety, and are currently waiting for U.S. Food and Drug Administration Approval.

"I think where our technology would be most applicable is simply where you have groups of people together," says Brenner. "These far UV-C lights would be part of the same structure as those far UV-C lights or there will be a separate light hanging next to those lights with a gentle purple colour, really, to tell people that lights are on and to reassure people that it's working."

He also says that this type of light could be used in all types of public spaces, including schools, offices and airplanes.

"As we start to come closer together, we need all the weapons we can get to limit the transmission of the COVID-19 virus." 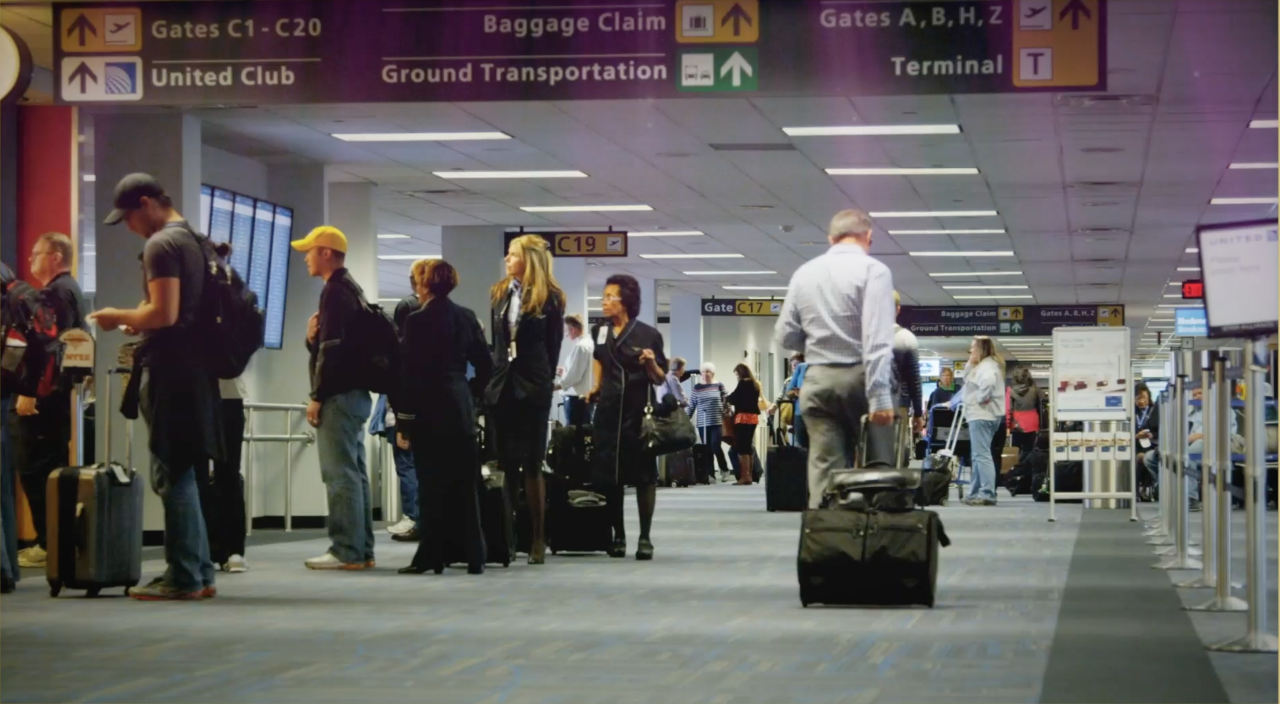 Brenner says that far UV-C light could be used in all types of public spaces. /CGTN

Brenner says that far UV-C light could be used in all types of public spaces. /CGTN