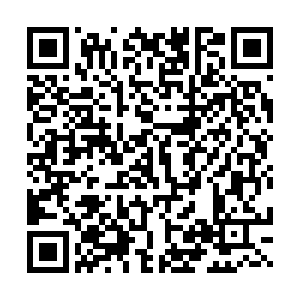 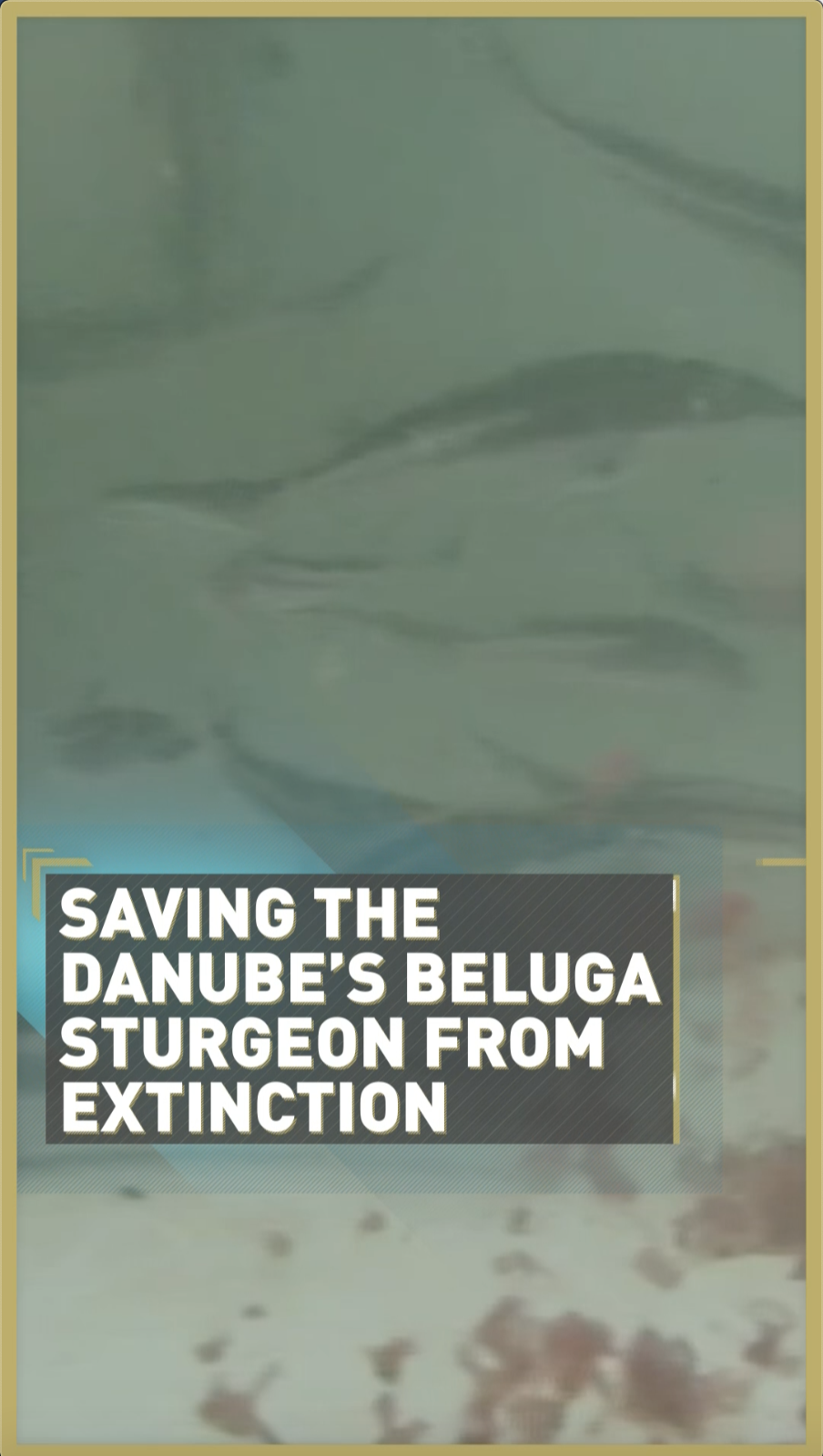 The beluga sturgeon has a fundamental Catch-22 problem: its numbers are under threat because humans find an essential product of its reproductive process delicious.

The roe, or eggs, produced by the female have long been harvested for highly-prized beluga caviar – and now the beluga sturgeon is listed as critically endangered.

"It's estimated that the number of sturgeon in major basins has declined by 70 percent over the past century," Roselina Stoeva, sturgeon project coordinator for WWF Bulgaria, told CGTN Europe. "And that's just because of the unprecedented illegal harvest of caviar."

Now, huge efforts are being made by conservation groups including the World Wide Fund for Nature (WWF), with the cooperation and help of individuals around Europe, to try to save the species from becoming extinct. 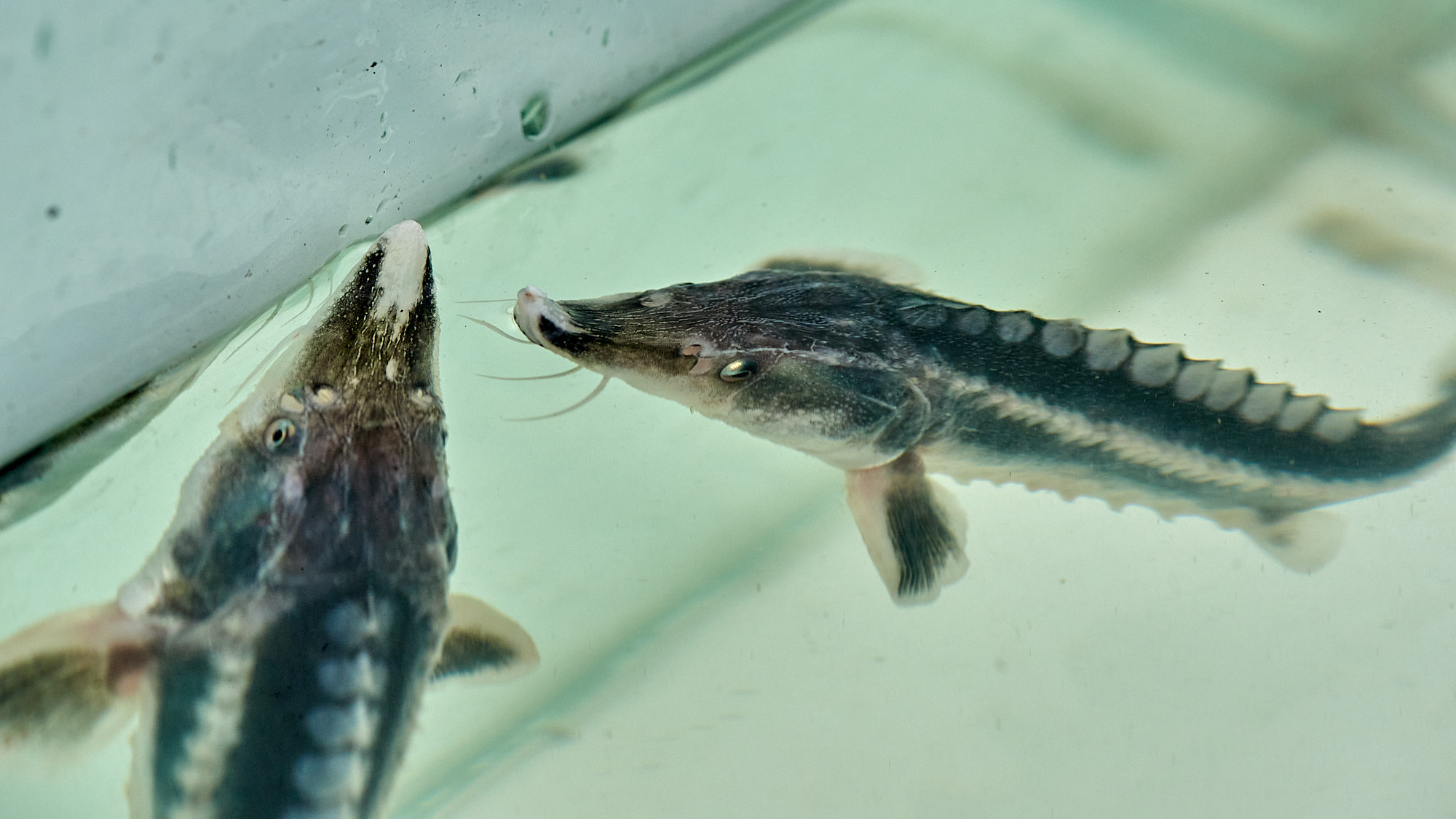 Beluga sturgeon are the largest freshwater fish in the world and live in the Danube River. But they're now facing extinction because of poaching and environmental factors. /WWF-Bulgaria

Beluga sturgeon are the largest freshwater fish in the world and live in the Danube River. But they're now facing extinction because of poaching and environmental factors. /WWF-Bulgaria

What is the beluga sturgeon?

Named after beliy, the Russia word for white – a description it shares with the unrelated beluga whale – the beluga sturgeon has been around for more than 100 million years, since the age of the dinosaurs.

Considered the biggest freshwater fish in the world, it continues to grow throughout its lifespan of up to a century – although over-harvesting means beluga sturgeon no longer get quite as huge as the biggest example on record.

"Not many Europeans can even imagine that the fish that used to grow up to 7.2 meters long and weigh more than 1,500 kilograms still inhabits the Danube river," said Stoeva. Even nowadays, the beluga sturgeon can still grow up to 4.5 meters long – almost the height of a double-decker bus – and weigh 1,000 kilograms, or twice the weight of an adult polar bear.

Among the places they can be found are the Lower Danube and the Black Sea. And while Bulgaria and Romania remain the only countries in the European Union where beluga sturgeon still reproduce naturally, they're also native to rivers, lakes and coastlines, and can be found in Asia and North America. 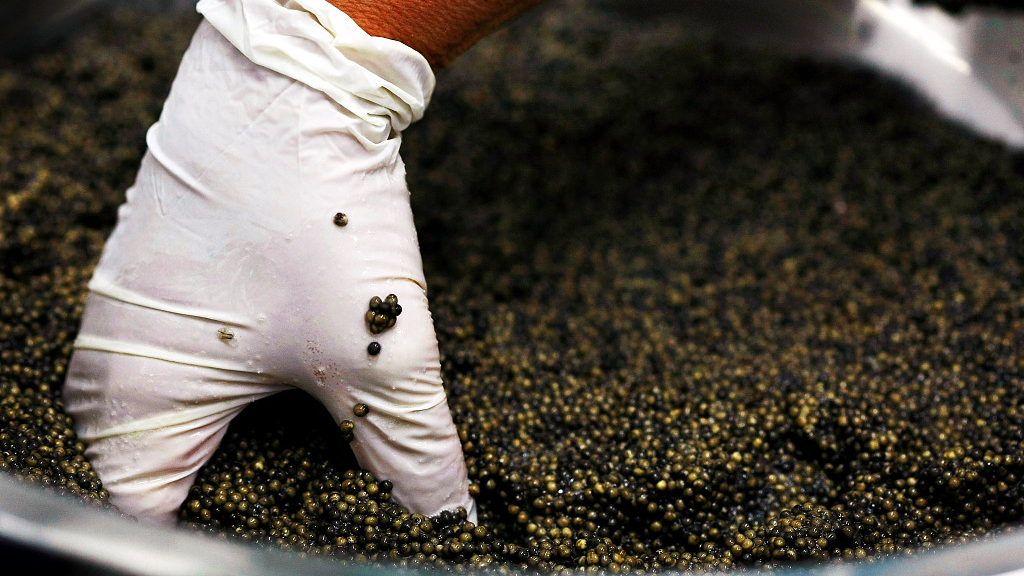 Beluga sturgeon is a source of the highly sought-after luxury food caviar. /CFP

Beluga sturgeon is a source of the highly sought-after luxury food caviar. /CFP

Why is the beluga sturgeon endangered?

The WWF says the gravest threat to the survival of beluga sturgeon today is poaching to supply Europe's flourishing illegal trade in wild caviar and meat.

But as well as being harvested for roe, the beluga sturgeon faces other problems such as water pollution, damming, destruction and fragmentation of its habitats, affecting the entire ecosystem.

Dams built in its natural habitats block the fish's migratory route and puts it at risk. Conservationists say the overall monitored sturgeon populations have dramatically declined by 91 percent for the period between 1970 and 2016.

What's being done to preserve the beluga sturgeon?

As with other at-risk species, a lot of the work towards saving the beluga sturgeon centers around education and working with local communities.

"We work with all national agencies in the region responsible for implementing regulations concerning sturgeon fishing, aquaculture and trade," Stoeva explained. "We also work with fishing communities because by forbidding sturgeon for fishing, then they need alternative income resources.

"We also work with retailers to educate them so they can then educate their customers: which caviar to buy, and how to help us protect the species."

But besides education, the WWF is best known for its hands-on activities. To mark Danube Day on 29 June, the conservationists released over 7,000 beluga sturgeon into the river after a successful crowdfunding campaign.

Purchased by 1,399 individuals across Europe, the baby sturgeon were prepared for release from the moment they hatched by being fed natural food and living in water tanks that mimicked the river flows, before being tagged and released into the Danube to start their journey towards the Black Sea.

"The biggest success for us is that we managed to engage the entire community here in Europe – it wasn't just us Bulgarians," Stoeva said. "We had people thinking about the fate of sturgeons and how they can help, and these are just regular people." 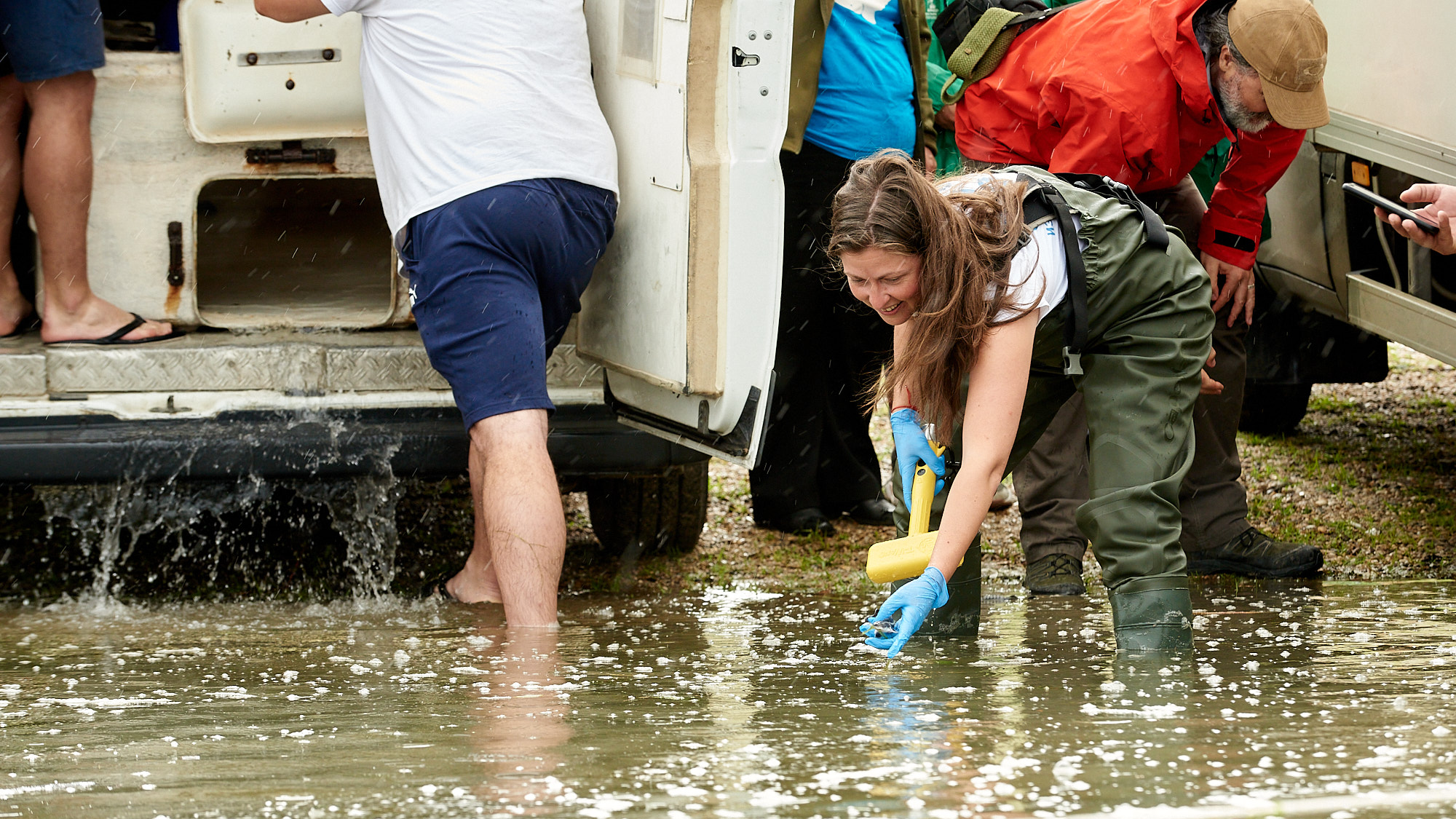 What more needs to be done?

Conservationists say sturgeon in particular, but also other freshwater migratory fish species in general, represent the historical, economic and natural heritage of the Danube, making it even more important for conservation work to be ongoing until a self-sustaining population has been achieved again.

"It goes without saying that we will continue to release sturgeon into the Danube, but this is not a long-term fix," Stoeva said. "What we need is to stop illegal fishing, to improve transnational management of the Danube and restore degraded parts of the river basins, so, work that will benefit people and nature, as well as sturgeon."

Part of the conservation work is also looking at the wider issues facing freshwater migratory fish, and the dangers they continue to face due to human activity.

We need to discontinue the misconception that wildlife crimes nature crises only happen outside Europe
-  Roselina Stoeva, WWF Bulgaria

In an upcoming report on migratory fish, WWF say that globally monitored populations of freshwater fish declined by an average of 76 percent between 1970 and 2016 – and Europe's average declines have been more pronounced: about 93 percent of all migratory fish.

"This is indicative of how little people actually engage with the protection of species that inhabit the European continent," said Stoeva. "We need to discontinue the misconception that wildlife crimes and all sorts of nature crises happen only outside of Europe. Europeans are just not used to thinking that things are happening here just at their doorsteps."

Campaign groups also say that more has to be done at a policy level across the European Union to protect the Earth's biodiversity. They say programs like the EU biodiversity strategy under the European Green Deal must do more to protect critically endangered species.

"Biodiversity must be protected in order to protect our own health as well as the planet's," Stoeva said, adding that "future pandemics would only be avoided if we learn to live in harmony with nature and protect the species which have been living for centuries here in Europe."