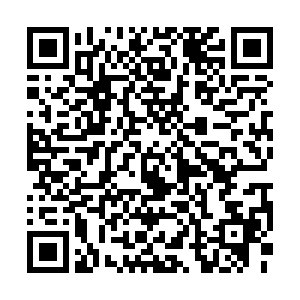 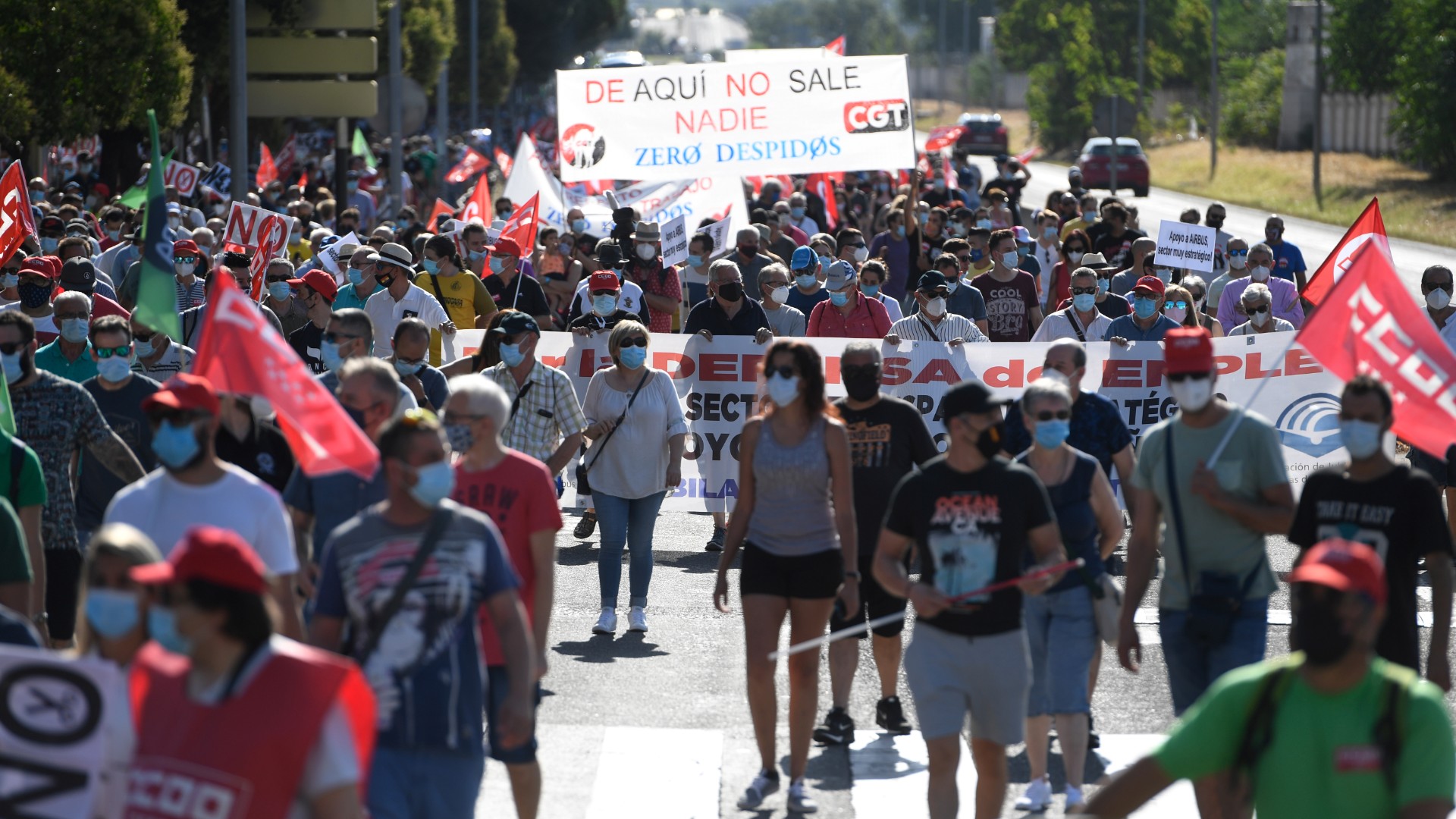 'From here, no one leaves: zero layoffs,' reads a sign at a protest in Getafe, Spain, against job losses at plane manufacturer Airbus. /Pierre-Philippe Marcou/AFP

'From here, no one leaves: zero layoffs,' reads a sign at a protest in Getafe, Spain, against job losses at plane manufacturer Airbus. /Pierre-Philippe Marcou/AFP

Thousands of people near Madrid have protested against job losses at plane manufacturer Airbus.

The company, four percent of which is government-owned, has said it will lay off about 1,600 workers in Spain as part of 15,000 global job cuts.

The COVID-19 pandemic and resulting lockdown brought air travel to a halt and that has had a knock-on effect on Airbus.

The demonstration took place at the company's main Spanish factory in Getafe, a city about 15 kilometer south of capital Madrid. Protesters, chanting through their face masks, then marched the 2 kilometers to the town hall, where the mayor gave a speech in support of the workers.

"It would be a critical situation socially and economically. In this factory they have around 6,000 workers, so if we lost just 500, the economic impact for Getafe would be huge, because that could also indirectly result in other people losing their jobs, at subcontracting companies in this area," he said.

Although the protesters were wearing face masks, the sheer number of people gathered in a relatively small area raised concerns about COVID-19 infection. It was, however, a risk many were willing to take. 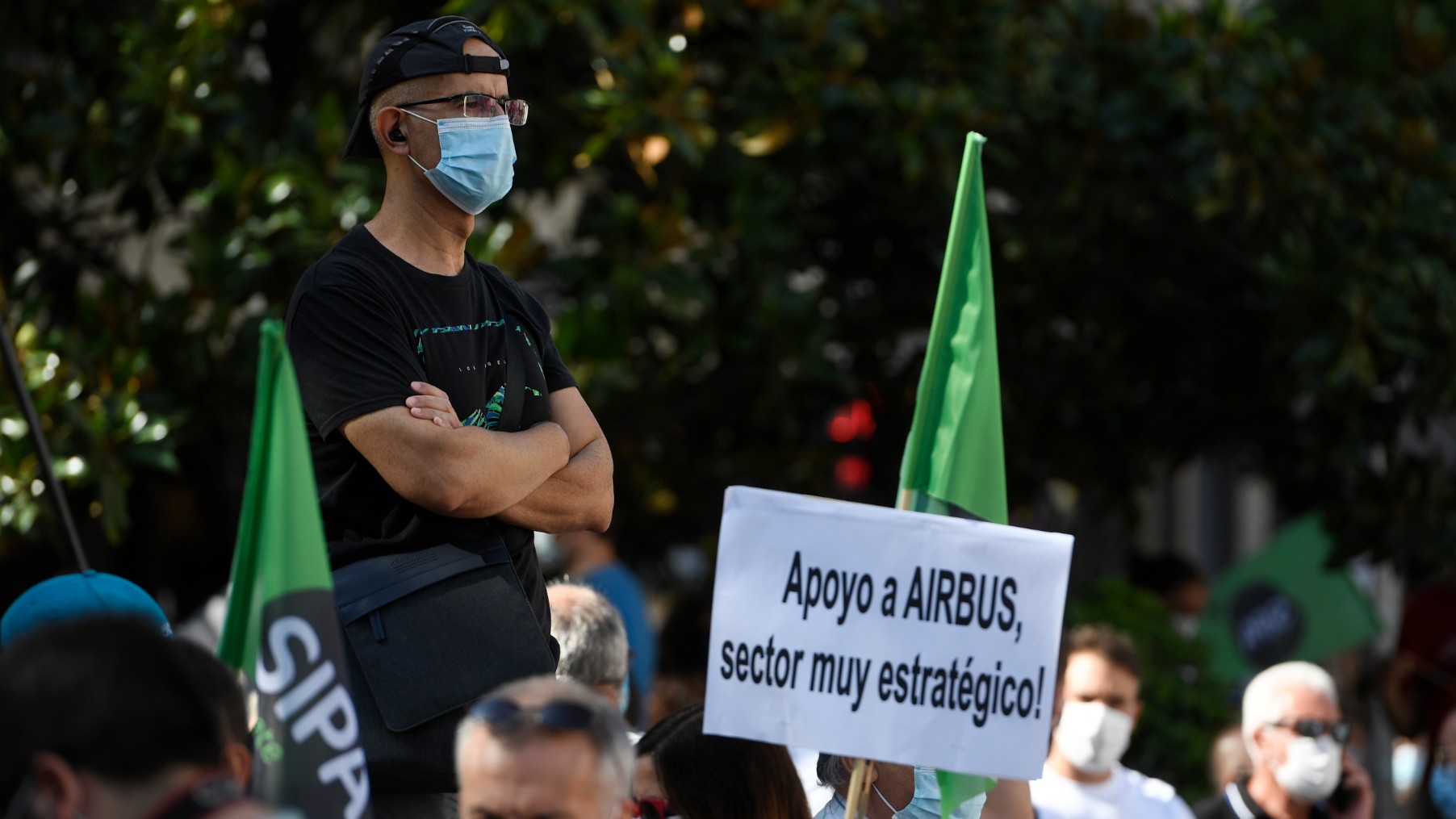 Another sign reads, 'support Airbus, a very strategic sector,' at protests against job losses in the city of Getafe, 15 kilometers south of Madrid. /Pierre-Philippe Marcou/AFP

Another sign reads, 'support Airbus, a very strategic sector,' at protests against job losses in the city of Getafe, 15 kilometers south of Madrid. /Pierre-Philippe Marcou/AFP

"Of course we are worried, because we know what's going on in the world, with all the new outbreaks happening we have to take precautions and take care but we must not be afraid," Francisco San Jose, the president of the Airbus Worker's Commission, told CGTN Europe.

"All Airbus workers and their colleagues who came here to work are strictly meeting all the sanitary procedures."

No rescue plan so far

Earlier this month, the Spanish government, led by Prime Minister Pedro Sanchez, said it was working with Airbus to find ways of keeping the jobs in the country, but as yet no rescue plan has been revealed.

The job losses come a few months after car manufacturer Nissan announced it would be closing its plant in Barcelona, resulting in 3,000 redundancies.

These latest job losses to the south of Madrid are yet another blow for an economy already on its knees due to the coronavirus pandemic.