The architects behind the UK's COVID-19 Nightingale hospitals
Katherine Berjikian 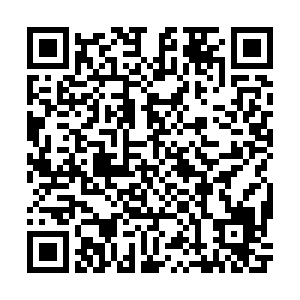 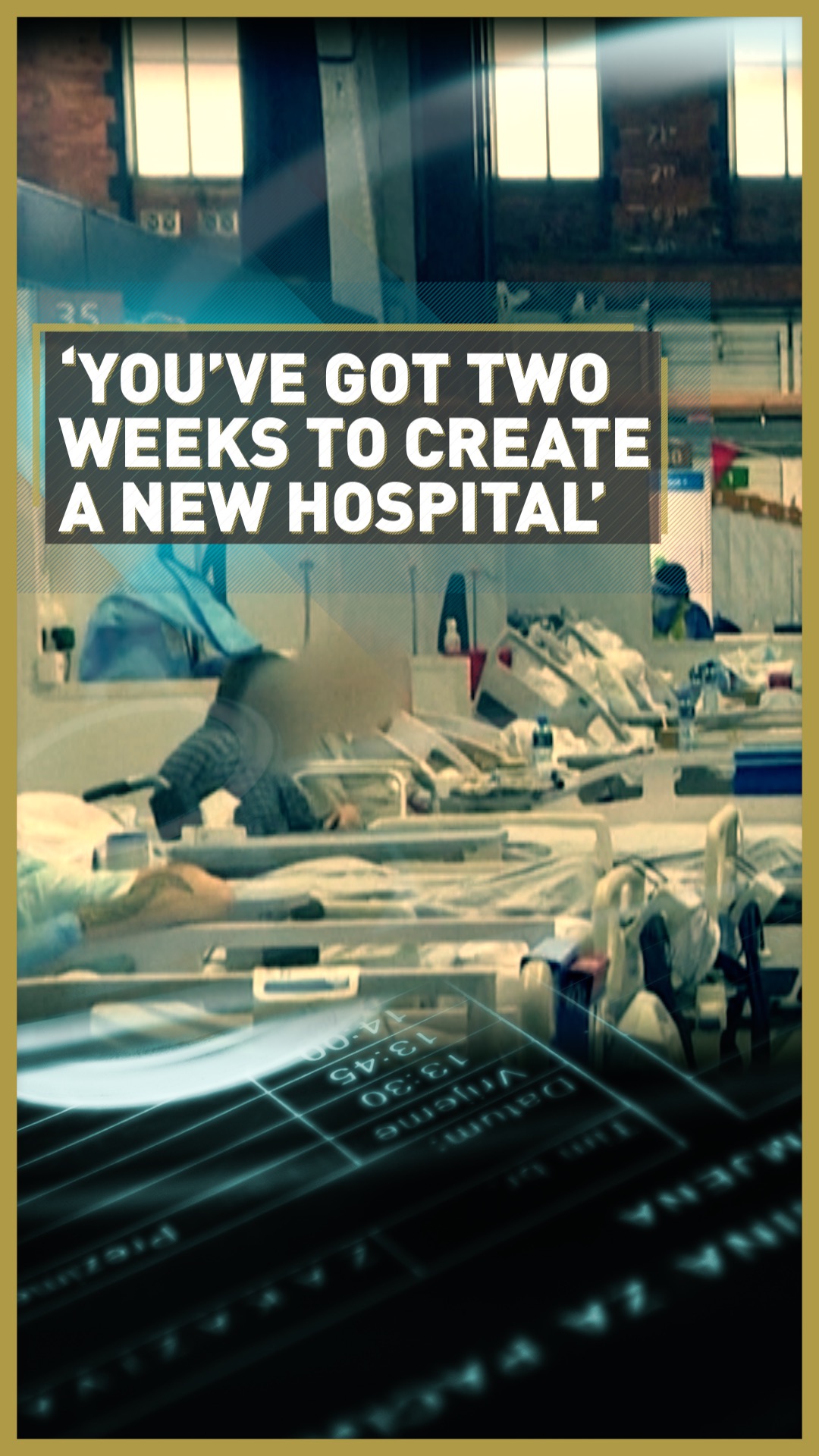 As COVID-19 spread across the world, hospitals became desperate for beds for acute patients.

In response, China built a hospital in Wuhan in just 10 days and the UK turned convention centers into the Nightingale hospitals, a project that created 20,000 acute hospital beds in a matter of weeks. 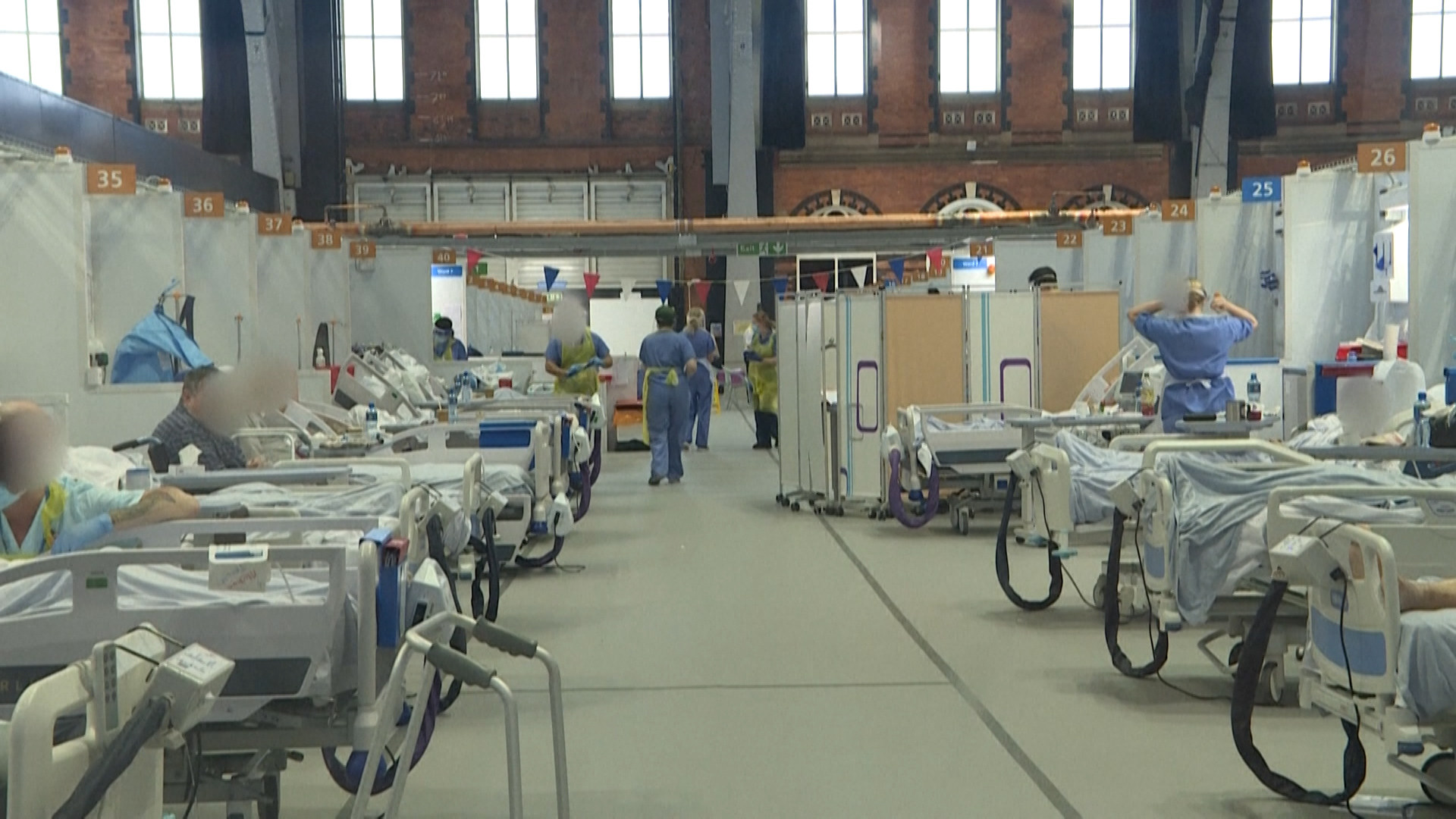 The inside of the Manchester Nightingale hospital after it opened. /AFP/

The inside of the Manchester Nightingale hospital after it opened. /AFP/

"I got the call to go to the site, but I didn't know anything about the project," said Ged Couser, the site manager at the Manchester Nightingale Hospital.

"And we walked into the GMex, which is a massive, great big sort of blank exhibition hall with the army, with the project manager, with members of the NHS.

"And we were pretty much given a sort of a verbal brief to say what we needed in two weeks' time is a fully functioning hospital."

Find out more about life saving collaborations during the pandemic by listening to our podcast: Notes on a Pandemic

Couser works for BDP, an international architectural practice that was responsible for six of the Nightingale hospitals in the UK.

The Manchester Nightingale added 750 beds to the NHS, a task that in a normal situation would have taken around five years. 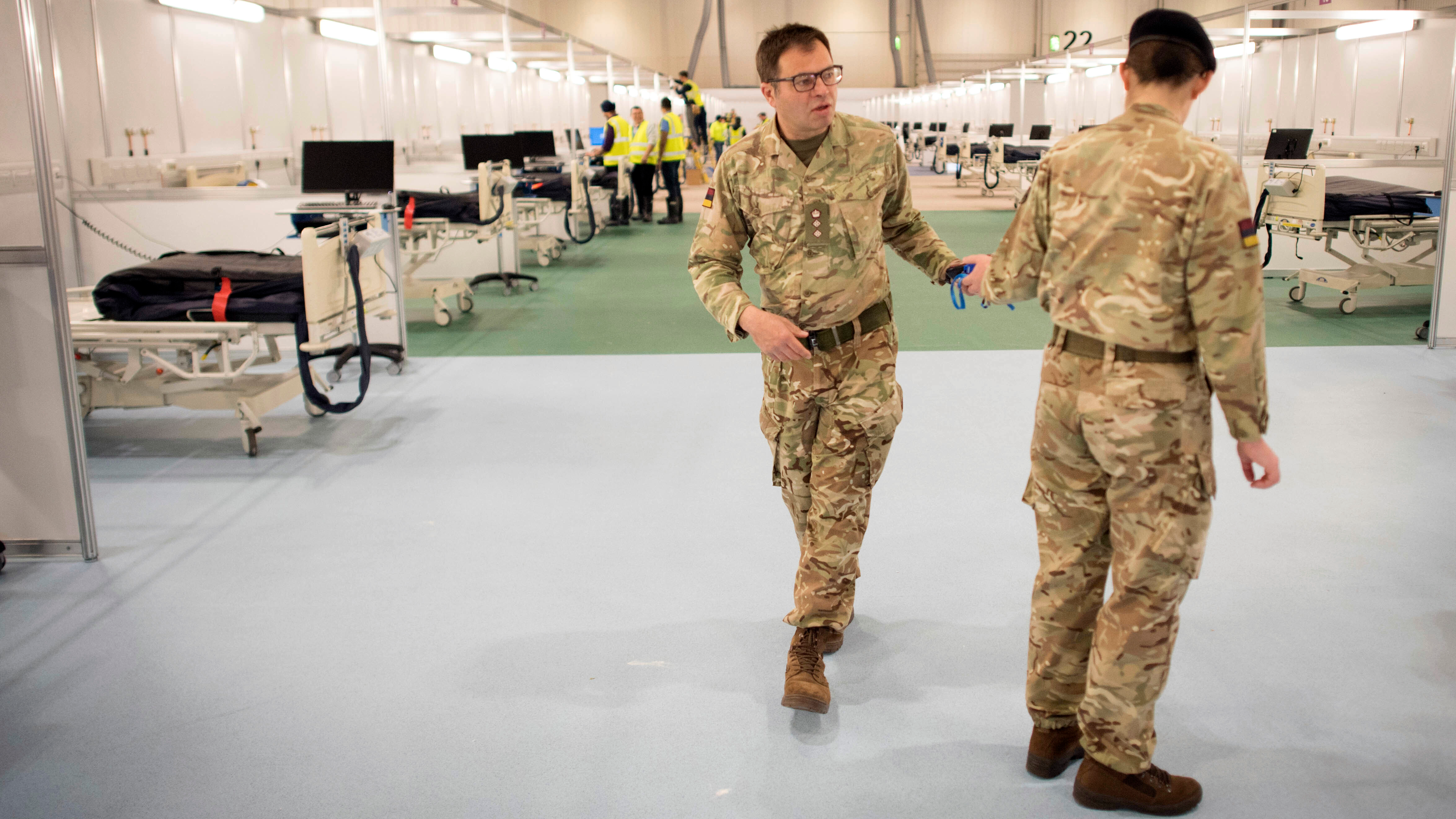 Military personnel working to set up a temporary hospital in London in March. /AP/ Stefan Rousseau/

Military personnel working to set up a temporary hospital in London in March. /AP/ Stefan Rousseau/

Couser and his team relied on guidelines written in part by Christopher Shaw.

Shaw is the senior director of Medical Architecture, an architectural firm based in London.

He was approached by NHS England at the beginning of March to write the guidelines on how to turn convention centers into temporary hospitals as the number of confirmed cases rose in Spain and Italy.

"I think we were fairly poorly prepared in the UK to deal with it because it just grew very, very rapidly and it raised a lot of challenges," Shaw said.

"But I think the other challenges, which are probably less well understood, and that we are still dealing with today, was the location of the workforce, the ability of people to be able to assist with the right skills and equipment, and to be able to be on hand to patients." 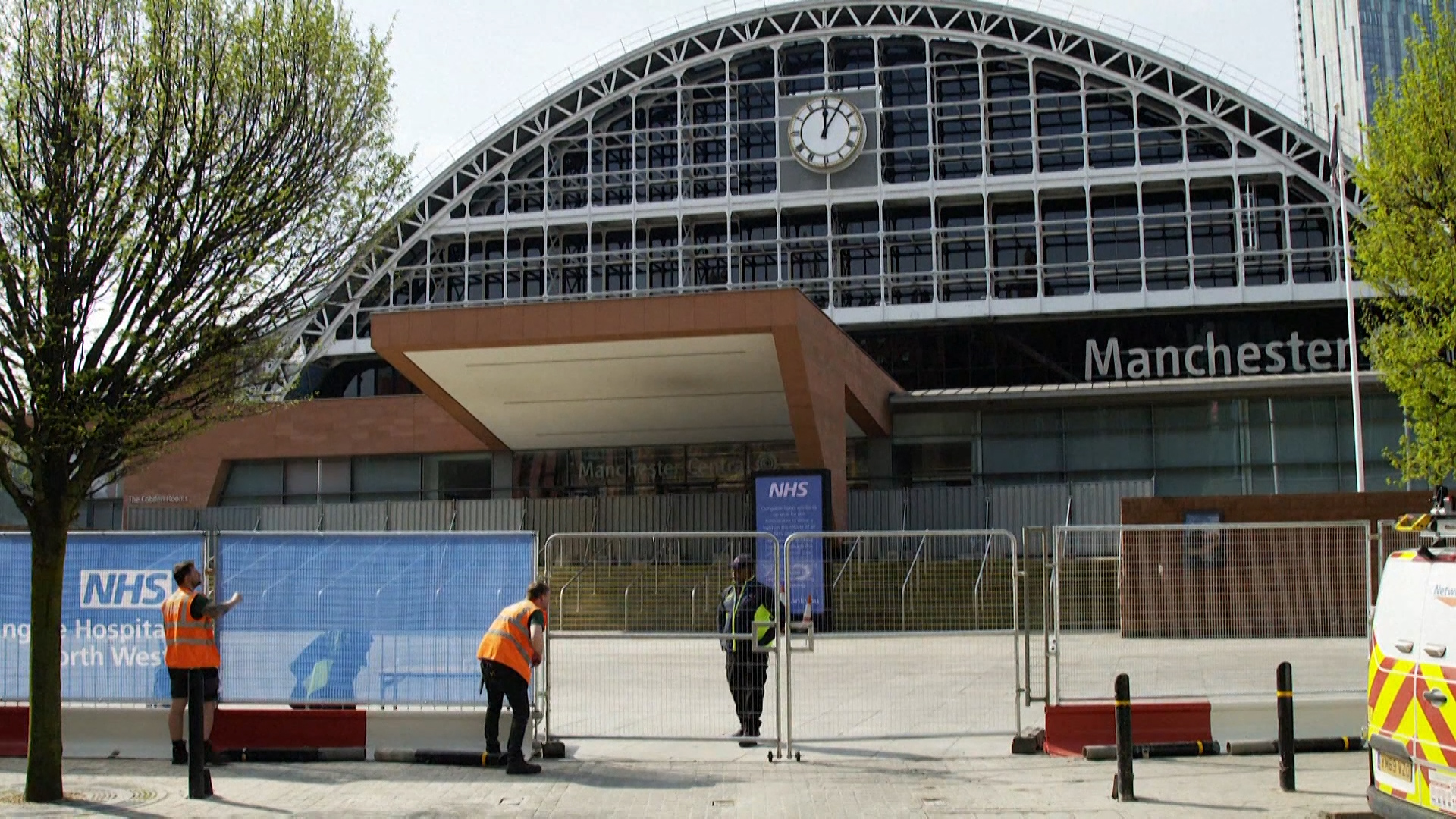 He added: "The guidance was specifically about how to provide adequate accommodation to be able to incubate a patient because at the initial stage the only effective response was to provide oxygen to very ill people."

He said the architects took extra precautions to deal with the oxygen the patients needed because it is a tricky material to work with, describing it as "volatile."

They were also concerned about protecting healthcare workers from the virus by adequately spacing the beds apart.

Many of these hospitals never operated at full capacity after they were built.

London's Nightingale hospital, by far the most well-known project, with 4,000 beds, was mothballed in May, only two months after it was built in just nine days. Although, they remain ready in case of a "second wave" of infections in the coming months. 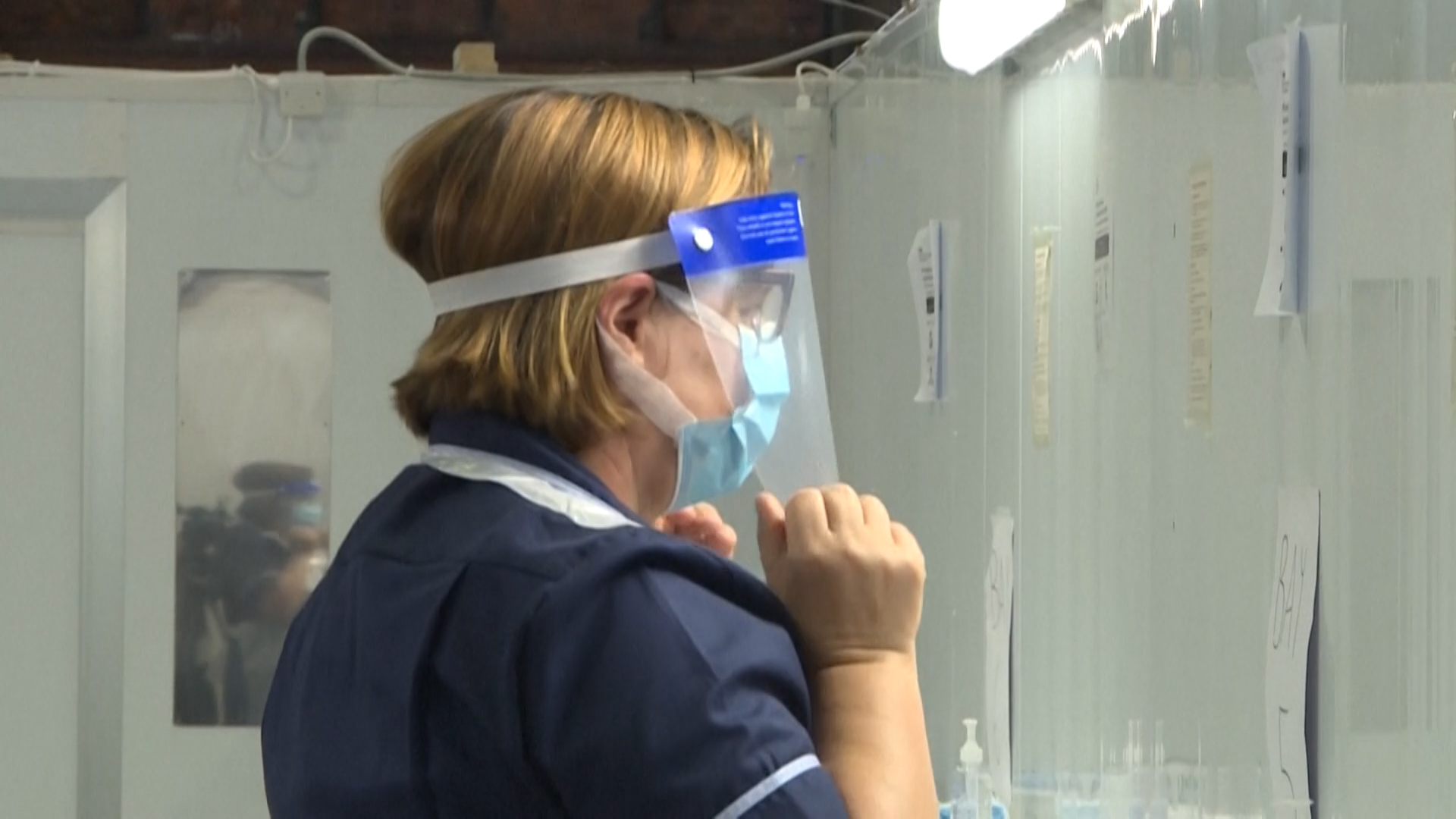 A healthcare worker putting on protective equipment at the Manchester Nightingale hospital. /AFP/

A healthcare worker putting on protective equipment at the Manchester Nightingale hospital. /AFP/

"I don't think anybody could really have anticipated the extent to which these new facilities would be required," Couser told CGTN Europe.

"The hope was that within the NHS, that the existing infrastructure would be sufficient to cope.

"But ... the effects of the pandemic weren't really known at the time.

"And I guess whether there's even a kind of a second wave on the way, nobody really knows.

"And I think the NHS took a really sensible sort of decision to make sure that the base was available to cope with the absolute worst-case scenario."