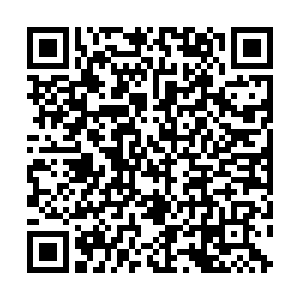 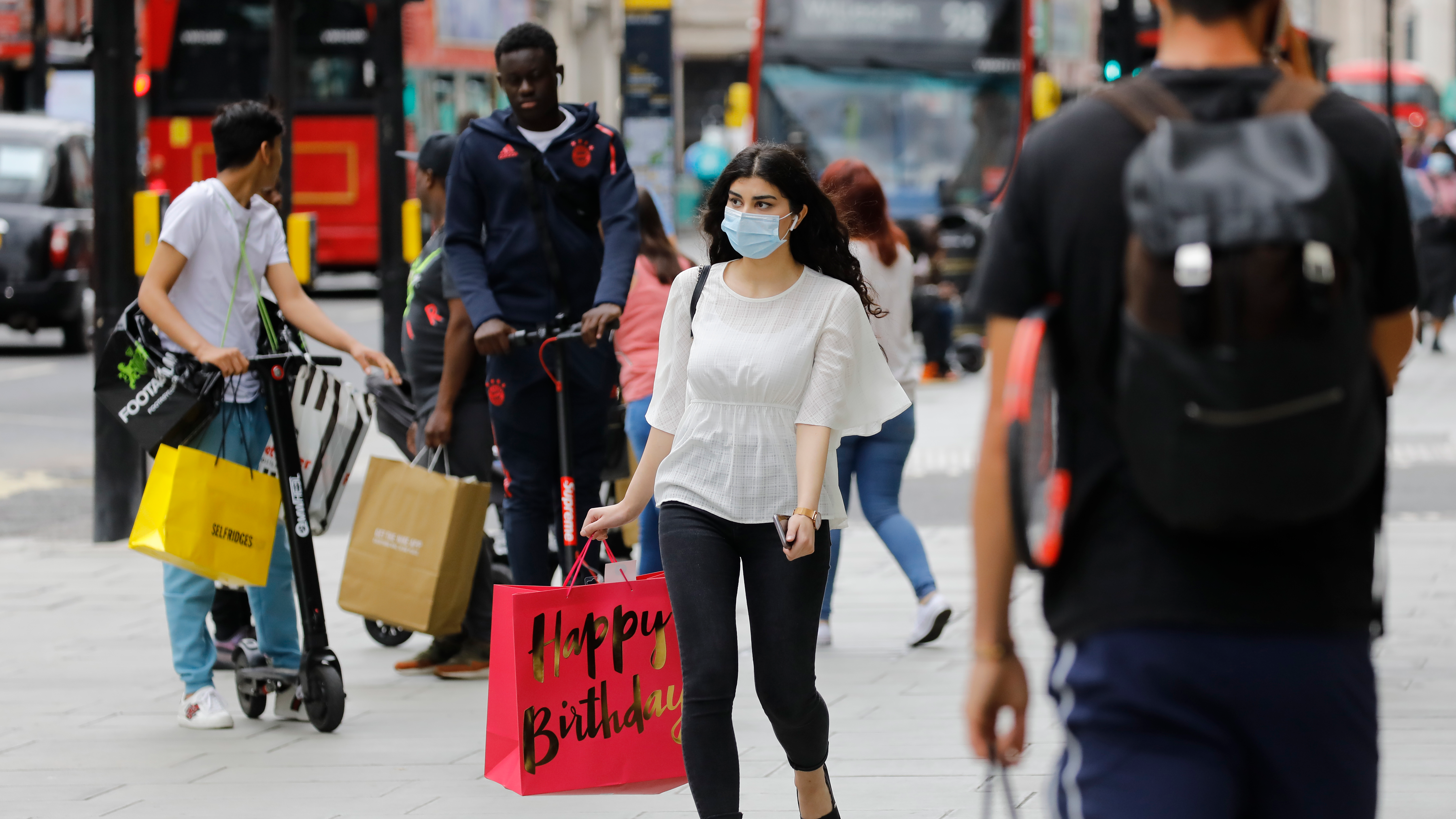 A London shopper looks ready to comply with the new rules. Tolga Akmen/AFP

A London shopper looks ready to comply with the new rules. Tolga Akmen/AFP

People in England now have to wear face coverings in supermarkets, shops and transport in tougher new rules to combat COVID-19.

The masks must also be worn when purchasing takeaway meals, unless the meal is consumed on the premises.

But the rules on enforcement have faced a backlash from store owners, who are not keen to impose the rules on customers and the police are also wary of imposing fines of up to $120.

Some large stores have already said their staff will not be challenging people who fail to cover their faces.

And some venues will still not require people to wear masks – including pubs, restaurants, hairdressing salons, cinemas and museums.

In Scotland, face coverings have been mandatory in shops for two weeks and the move has been generally seen as successful. But in England there has been widespread disagreement, with the government accused of being indecisive. 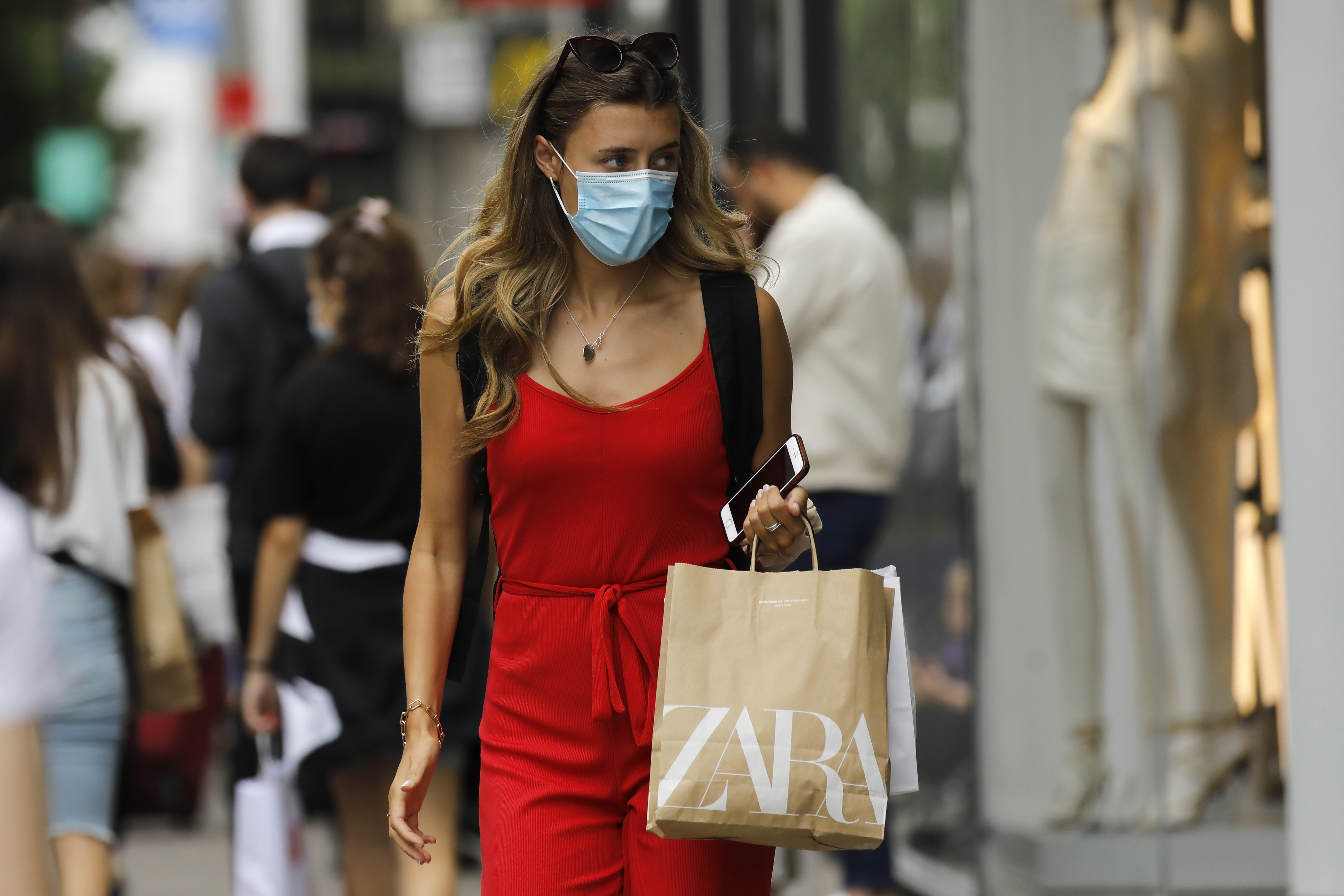 Many shop owners are unhappy that the onus is on them to enforce the wearing of masks. /Tolga Akmen/AFP

Many shop owners are unhappy that the onus is on them to enforce the wearing of masks. /Tolga Akmen/AFP

Critics have said Downing Street sent out mixed messages, with trade groups and political opponents pointing to confusion about the practicalities of the rules.

Ministers this week have appeared to contradict each other over the importance of masks and how the rules would apply to takeaways and sandwich shops.

The issue of wearing masks has split the scientific and medical communities. If there is agreement, it's that the coverings are for the benefit of others rather than the wearer. Overall, supporters point to the better performance in handling the coronavirus in countries where mask-wearing is a more common part of life.

European countries have mostly adopted the measures now but people's culture has a bearing on their readiness to wear masks.

In the U.S., masks remain controversial and it has taken a while for President Donald Trump to fall in publicly behind the idea.

In the UK, critics say it's another example, like the quarantine measures, where the government has flip-flopped between public opinion, scientific advice and the needs of the economy.

Even as lockdown measures fall away, the UK's city centers remain quiet, with trade bodies voicing real concerns for the businesses that rely on the influx of workers every day. There will be plenty who hope that face coverings might inject more confidence into the population and regenerate badly needed footfall in the country's shopping centers and high streets.

Face masks may, indeed, have that effect but there are still plenty of medical experts who warn it might also cause the public to neglect other important disciplines such as hand washing and social distancing.

Face coverings have been compulsory in shops in Scotland since 10 July but remain voluntary in Wales and Northern Ireland.