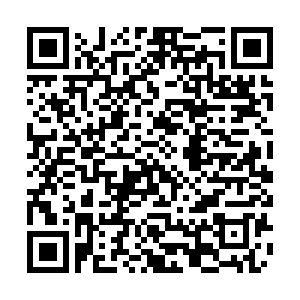 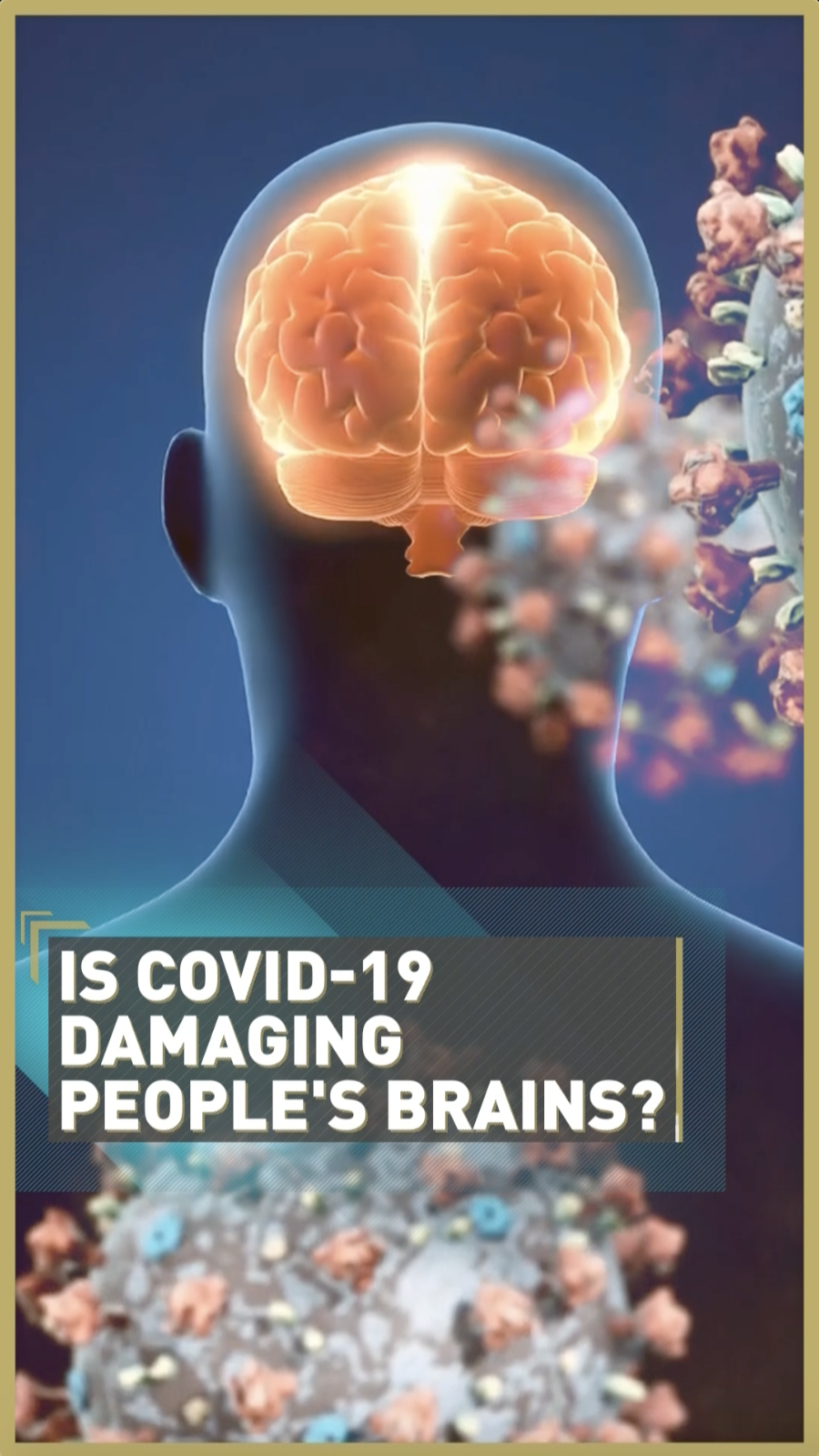 Scientists are warning that some patients with mild COVID-19 symptoms could be developing serious or potentially fatal brain conditions that may be hidden and long-lasting.

These complications range from brain inflammation to brain disease with delirium or psychosis, strokes, nerve problems, and even paralysis.

The study was one of the largest of its kind, both in terms of case studies and researchers involved. "We had this multidisciplinary meeting, which consisted of neurologists like myself, virologists, immunologists and neuroradiologists to interpret the scans. And at times we would have 100, 150 people taking part," said Manji, who is a consultant neurologist at the National Hospital for Neurology in Queen Square in London.

Published in Brain, a neurology journal, scientists said the study demonstrated links between neurological conditions and COVID-19, although the research is not enough to say whether the virus was the cause.

Of the cases involved in the study, who were all COVID-19 patients displaying even mild symptoms, 12 had inflammation of the central nervous system, 10 had brain disease with delirium or psychosis, eight had strokes, eight had peripheral nerve disorders including Guillain-Barré syndrome, which attacks the nerves and causes paralysis, and five had other central disorders. 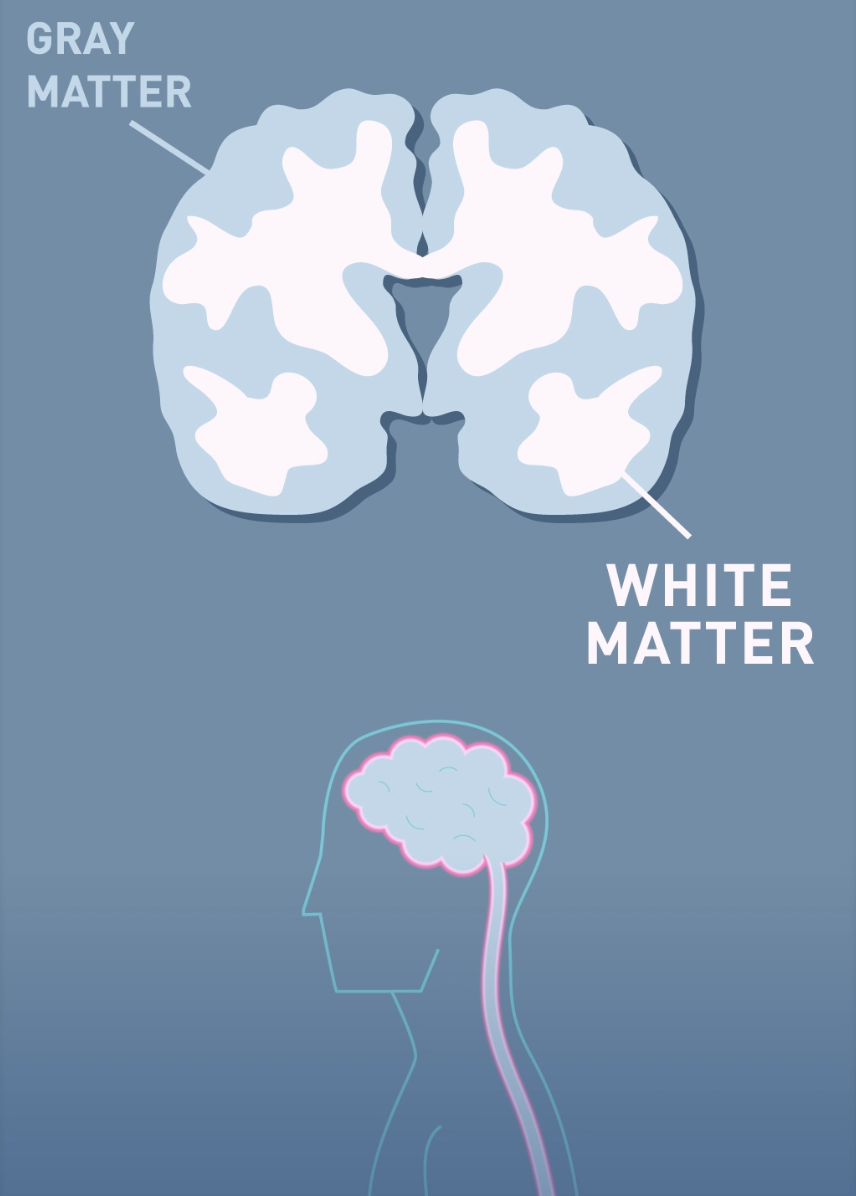 The virus can cause inflammation in the central nervous system, affecting what is called the white matter in the brain. /James Sandifer/CGTN Europe

The virus can cause inflammation in the central nervous system, affecting what is called the white matter in the brain. /James Sandifer/CGTN Europe

One of the more worrying findings was an increase in a life-threatening condition, which causes inflammation in the central nervous system, "and this is what we call in the paper acute demyelinating encephalomyelitis (ADEM), which is simply a long way of saying inflammation of the brain and spinal cord, affecting what we call the white matter of the brain," Manji explained.

ADEM is quite a rare condition, usually seen in children, which is triggered by virus infections, but since the COVID-19 outbreak, more cases are coming up and in this study alone, there were nine cases.

Manji explained: "If we took the epidemiology of London, say, we would expect to see these nine cases over five months. But we saw these nine patients in five weeks, which may suggest, again, it's a suggestion, that there may be an association with COVID-19, but that needs to be proven," he added.

Another common complication was delirium, or what is scientifically known as encephalopathy, which is described by scientists as essentially when the brain's software stops working. The patients were mostly over the age of 50 and presented with confusion and disorientation, with psychosis in one and seizures in another.

Although the patients in these cases improved without any treatment, neurologists were questioning why this condition occurred in COVID-19 patients and also whether it was a cause for concern over the long-term health effects of the virus.

In one case study, a 55-year-old patient with no previous psychiatric history, was discharged from hospital after three days of displaying symptoms of COVID-19 including fever, cough, muscle aches. After she returned home, the patient was confused and was said to be behaving oddly. She was disorientated and reported visual and auditory hallucinations, seeing lions and monkeys in her house and was readmitted to hospital. 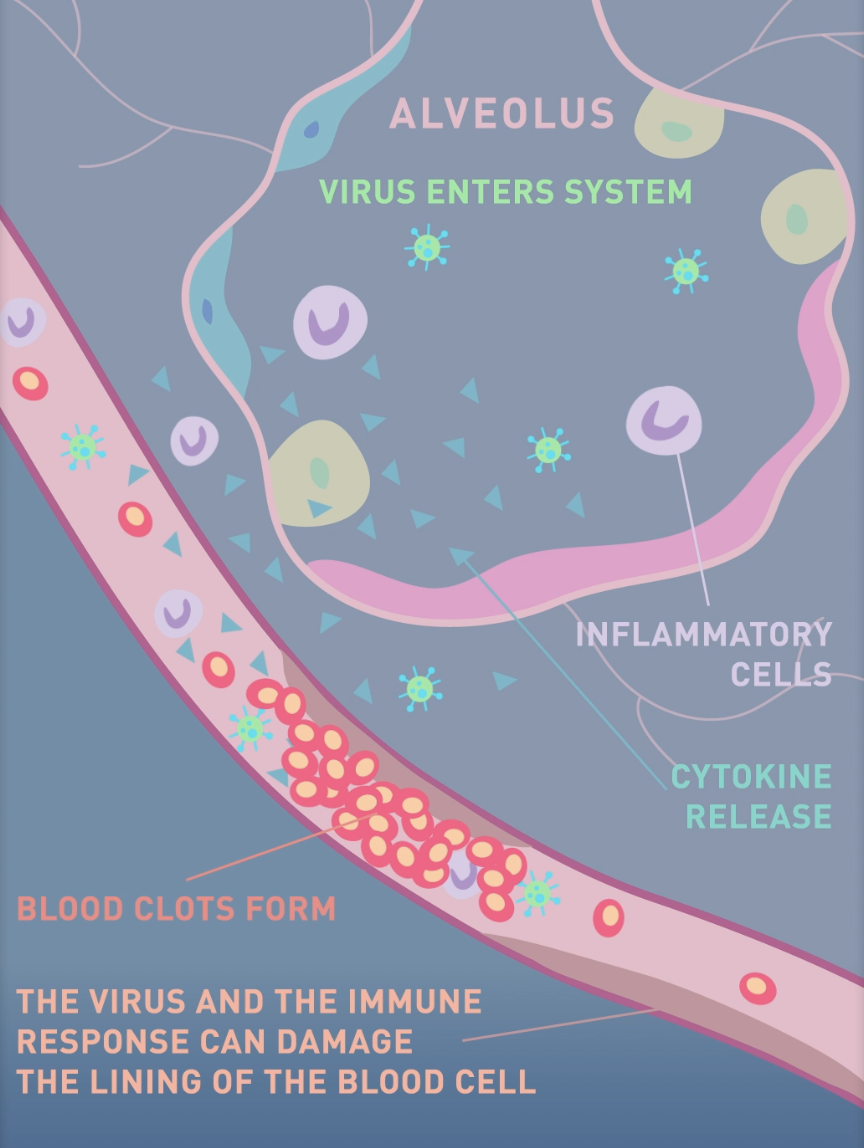 Blood clots in COVID-19 patients are most common in the lungs and form after the virus and the immune response damage the lining of the blood cell. /James Sandifer/CGTN Europe

Blood clots in COVID-19 patients are most common in the lungs and form after the virus and the immune response damage the lining of the blood cell. /James Sandifer/CGTN Europe

Stroke was another complication in the cases tested, and while half the patients in the study had existing risk factors for stroke, the other half did not, and only had the COVID-19 infection, making the virus a factor in this neurological complication.

"What's become apparent in COVID-19 patients is that the blood seems to be stickier than normal. And there is now evidence that the virus may infect the lining of blood vessels, which may render them more liable to clots," Manji explained. "So you've got a double whammy, possible mechanism. This may apply to some patients, but not necessarily all," he added. 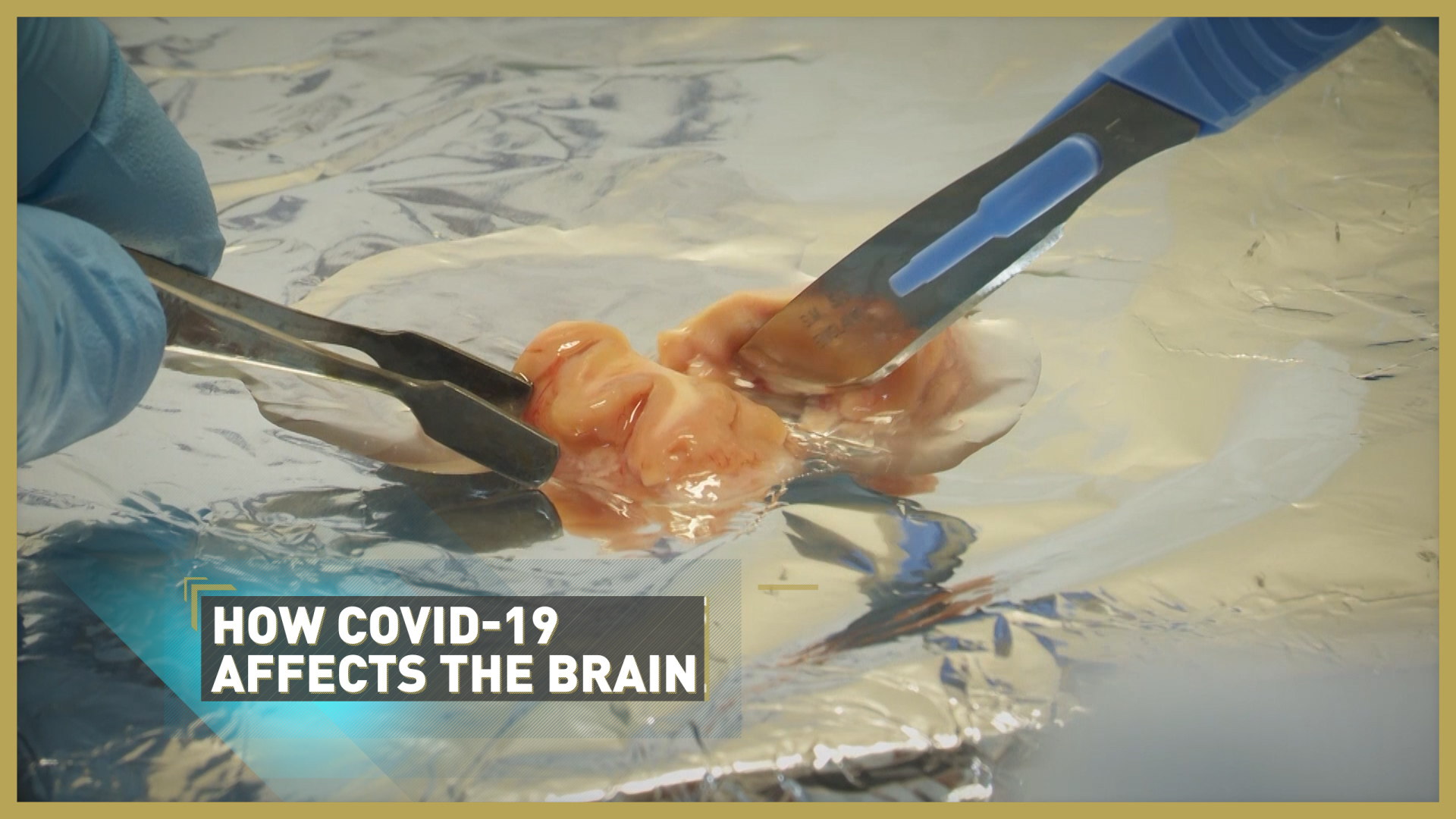 The full list of neurological conditions or brain defects linked to or potentially caused by COVID-19 is still unknown, neurologists say and further research needs to be funded to determine not only the conditions present, but also the possible long-term effects of these complications that may not be picked up on currently.

"I think the important thing for all these patients is going to be to follow them up. Are there any long-term consequences? Now, obviously, if a patient has a stroke, they may be left with residual weakness from the stroke. The patients with inflammation may be left with residual deficits," Manji said. "So in our series, one patient died, one patient made a full recovery and the others all had variable levels of recovery," he added.

Neurologists are also calling on healthcare professionals to ensure vital signs of neurological complications in COVID-19 patients are detected and referred to specialists, in order for them to be able to conduct research to help formulate diagnoses and treatment protocols.