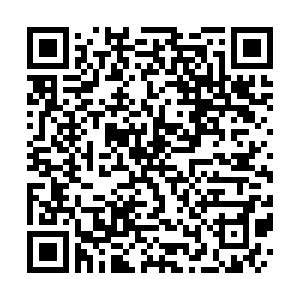 "By its current refusal to commit to conditions of open and fair competition and to a balanced agreement on fisheries, the UK makes a trade agreement – at this point – unlikely."

The European Union's chief Brexit negotiator, Michel Barnier, was pessimistic about the two powers reaching a trade deal. His latest comments, given during a press conference on Thursday, represent a nadir in the public statements of the EU negotiators on the deal.

Since Britain left the bloc in January, trade talks began soon after and both sides have accused the other of failing to compromise. The impasse is partly due to disagreement over state-aid rules, with the EU demanding that the UK adheres to its standards as a stipulation for the deal.

Barnier's British counterpart, David Frost, attacked the bloc for failing to treat the UK as an independent country. Although Frost was more optimistic than Barnier, stating: "Despite all the difficulties, on the basis of the work we have done in July, my assessment is that agreement can still be reached in September and that we should continue to negotiate with this aim in mind."

Should no deal be agreed by the 31 October deadline, the repercussions for British business and trade will be significant, despite London's confidence that it can prosper without one.

One election of which Britain will be taking particular notice is that of the World Trade Organization's (WTO) next director-general. Below we have an interview explaining the unique election process and an analysis of the front-runner.

Beyond Brexit wrangling, the fallout from the coronavirus continues, with signs of recovery offset by companies recording losses and nations downgrading economic prospects. 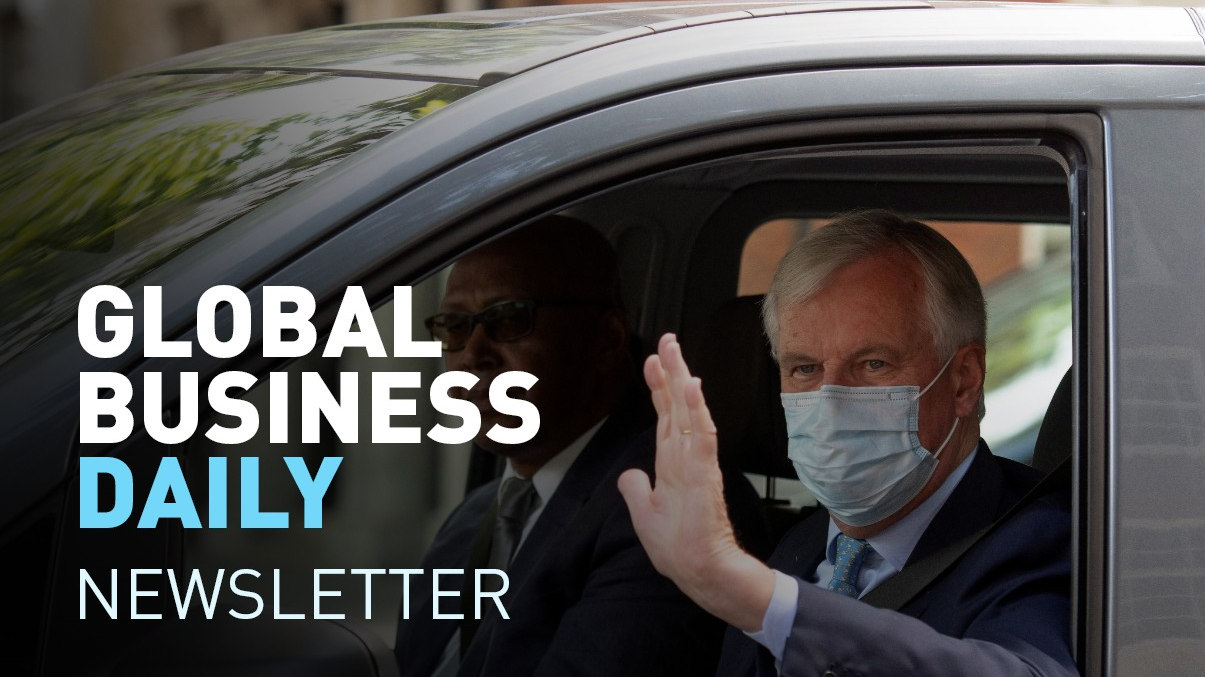 The European Parliament will push for more spending on research and development, health and education in the EU recovery package, deputies stated.

The U.S. plans to adopt aircraft emissions standards modeled on international ones, a move it says will not further reduce climate-damaging emissions from planes.

The number of Americans filing for unemployment benefits unexpectedly rose last week for the first time in nearly four months, suggesting the labor market was struggling amid a resurgence of COVID-19 cases.

Social media platform Twitter reported its highest-ever yearly growth of daily users who can view adverts, beating estimates on usage and sending its shares up 4 percent.

Tesla posted a surprising $104 million net profit for the second quarter, despite a seven-week shutdown of its California assembly plant.

The pandemic tipped the Australian government's budget $61 billion into the red in the last fiscal year and is set to create $131 billion more debt in the current year.

Hollywood actor-director Clint Eastwood has sued several companies that sell CBD supplements (derived from cannabis plants), alleging that they are falsely using his name and image to push products he would never agree to endorse.

Thousands of Spanish Airbus employees protested outside a factory near Madrid against the company's restructuring plan, which will cut hundreds of jobs.

The largest Dutch bank, ING, will move around 45 jobs from London to Amsterdam, following Britain's decision to leave the EU.

Hungary's economy could shrink by around five percent this year, more than the government's previous forecast of three percent, said the country's finance minister, Mihaly Varga.

As the novel coronavirus spread across the globe, lockdowns have brought with them a radical shift in professional culture. CGTN Europe's Razor team explores the switch to remote working and the future of the traditional nine-to-five office job. 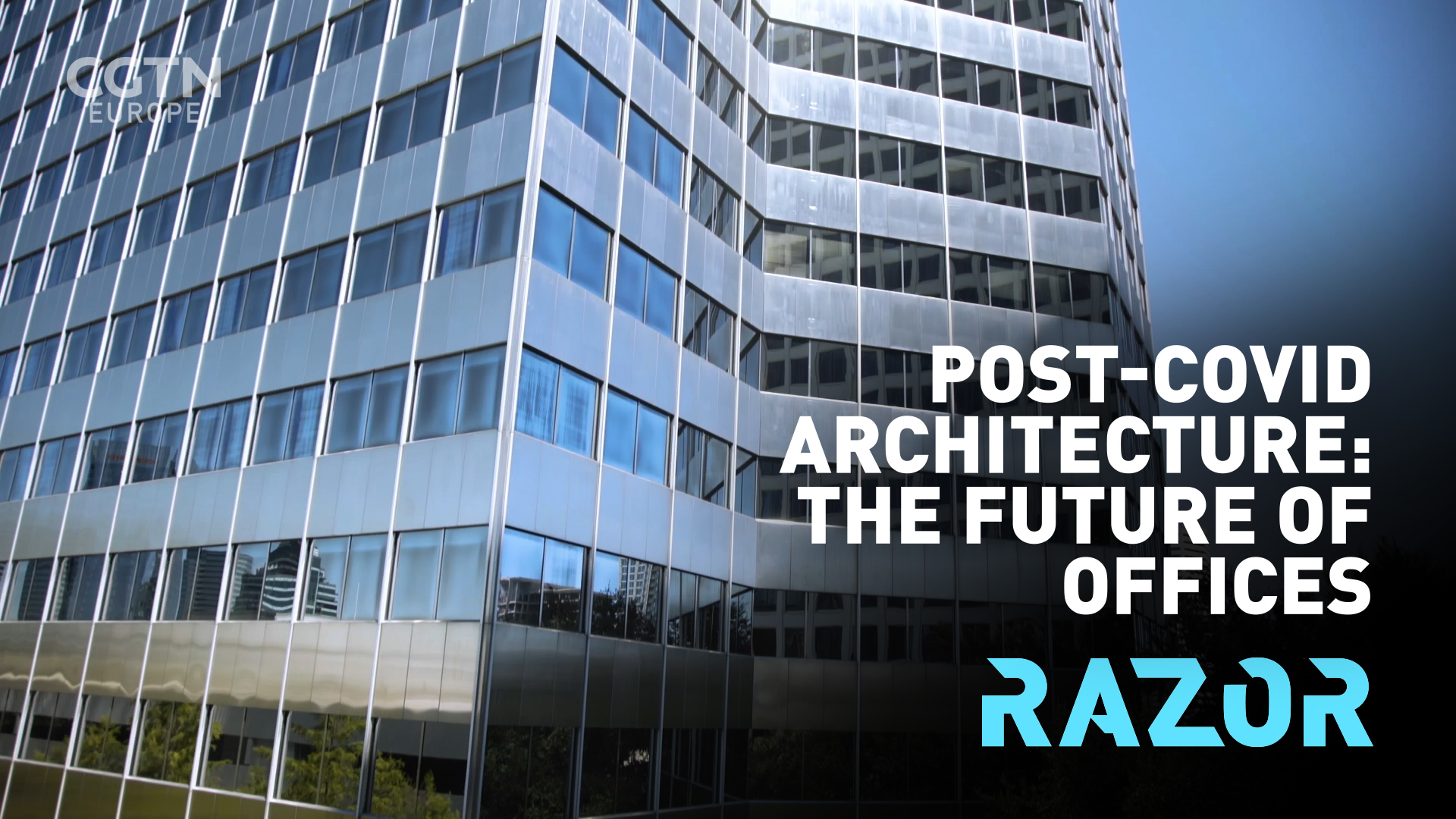 The WTO is choosing a new director-general, as the term of Brazil's Roberto Azevedo comes to an end. CGTN Europe spoke to Hosuk Lee-Makiyama, from the European Center for International Political Economy, on how the process works, the political implications of the decision and what it takes to lead the world's most important trade regulator.

How does the process of electing a new WTO director-general work?

It is actually quite a unique organization because every country has a veto, which means that basically all of the 164 members must come to a consensus, which might take weeks, months, sometimes almost close to a year ... most of all, countries like China and the United States, the European Union and Japan must agree to the candidate as someone they will be able to work with.

What qualities, or connections, will the eventual winner of the vote have?

Essential criteria like: Is the person someone you can work with? Does that person have a national agenda that he or she won't be able to leave behind? All that matters. But, of course, trade ministers are a little bit like, if I may say, a cult. They all know each other. They congregate in a very small circle. That also means that they all have a history and grievances. And, of course, joint achievements they celebrate. So, in other words, it could get very, very personal.

Will Kenya's former trade minister Amina Mohamed, one of the favourites, win?

There are mixed feelings about Amina. And also, there is another angle to her candidacy, which is that Kenya is currently holding the secretary-general post of the UN Conference on Trade and Development, the sister organization to the WTO, even in the UN system. Now, can you have a country controlling both organizations? Probably not. There is actually a precedent for this. In 2013, the race actually excluded a candidate for Korea because an ethnic Korean who was American was actually holding the presidency of the World Bank. So it could work out for Amina, but it could very well not.

Daimler, the maker of Mercedes-Benz cars, announced its second-quarter figures for 2020 on Thursday. While there were significant losses for the car manufacturer as the coronavirus outbreak slashed sales by about a third, the company's CEO, Ola Kallenius, was positive, noting "the first signs of a sales recovery." 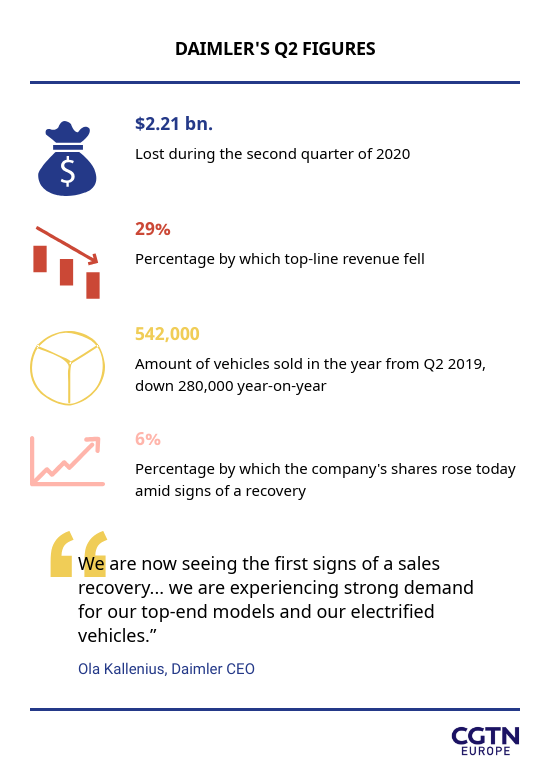