More than a third of Europeans have suffered physical or verbal harassment, survey suggests
Alec Fenn 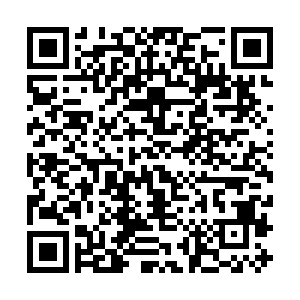 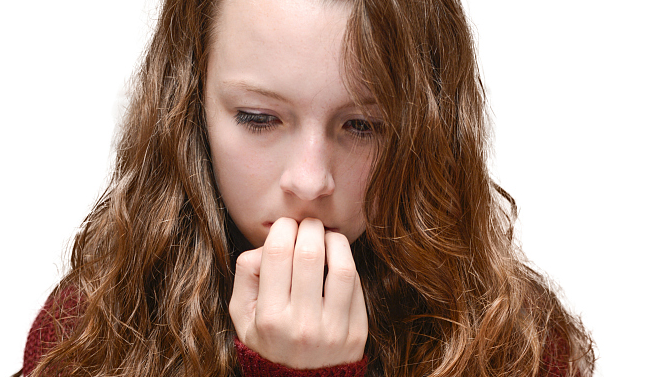 The survey reported that more people had suffered harassment in person than they had online. /CFP.CN

The survey reported that more people had suffered harassment in person than they had online. /CFP.CN

A new report suggests that 38 percent of Europeans have suffered in-person harassment – double the number of people who have experienced it online.

The findings are the result of a survey of 35,000 people aged 16 or over across all EU member states, North Macedonia and the UK, conducted by the EU's Agency of Fundamental Rights.

The aim was to collect data on people's experiences and opinions on everyday situations in areas including data protection, equal treatment, access to justice, consumer rights, crime victimization, good administration and protection of fundamental rights.

In recent years, the growth of harassment on social media has been a concern for countries across Europe, with the survey finding that 14 percent of people had suffered online harassment.

Young people between the ages of 16 and 29 were found to be twice as likely to be victims of cyber-harassment compared with the average - 27 percent said someone had either sent them, or posted, offensive or threatening messages.

The results also varied between different countries. Germans (23 percent) and French (22 percent) were most likely to have said they had experienced harassment online, while the lowest figures were in Greece, Cyprus, Portugal and Malta (4 percent each).

France and Germany are also the two countries where citizens said they had suffered in-person harassment and threats the most, with the Netherlands, Austria and Finland close behind. 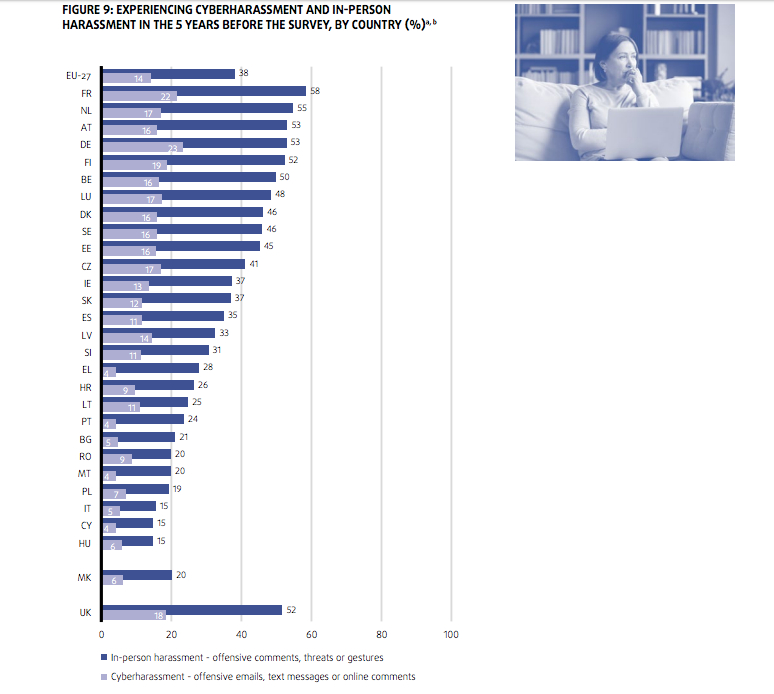 As well as harassment, 55 percent of Europeans said they were worried their personal data could be misused by fraudsters, with Spain the most concerned of all the EU's member states, where 76 percent of people noted their concern.

Nearly a quarter of Europeans (24 percent) also admitted they were worried that their online bank account or payment card details could be misused. This is 57 percent in Spain.

However, just eight percent of people had experienced online banking or card fraud in the five years before the survey. People in the UK (24 percent), France (19 percent) and Denmark (15 percent) were the most likely to have such an experience.

Another key area of concern highlighted was fear of terrorism, with one in five Europeans admitting they were worried about a potential attack in the future. In Spain, just over half (52 percent) of people, said they feared a terrorist attack. By contrast, the figure was three percent in Ireland.