European Parliament to EU leaders: Not so fast on your deal
Toni Waterman in Brussels As European leaders basked in the afterglow of their historic coronavirus recovery fund and long-term budget agreement, the European Parliament poured cold water over the final deal.

In a statement on Tuesday, EU negotiators said they welcomed the recovery fund, but said it was a "much more negative" picture when it comes to the long-term budget, warning that "their agreement... cannot be taken for granted."

Topping the complaints list: massive cuts to funding for health and environmental initiatives. One of the biggest losers was the Just Transition Fund, which is meant to help wean countries off fossil fuels. It will now receive $20 billion, less than half of the funding set aside in a previous proposal.

Europe's main research program also got a major haircut: it's now lined up to pocket $93 billion, $15 billion less than what was on the table two months ago.

EP negotiators said it was unacceptable, and warned that if their "conditions are not sufficiently met we will adopt the programmes on the basis of the existing MFF, as foreseen by the Treaty."

Historic deal for the EU

After 90 hours of talks, four sleepless nights and at least one fist slammed on top of a table (by French president Emmanuel Macron) EU leaders clinched an unprecedented $860 billion stimulus package in the wee hours of Tuesday morning. The package is a lifeline to pull Europe through the worst recession in living memory and one which will bind the bloc even closer together.

"I believe this agreement will be seen as a pivotal moment in Europe's journey, but it will also launch us into the future," said European Council president Charles Michel in a press conference. 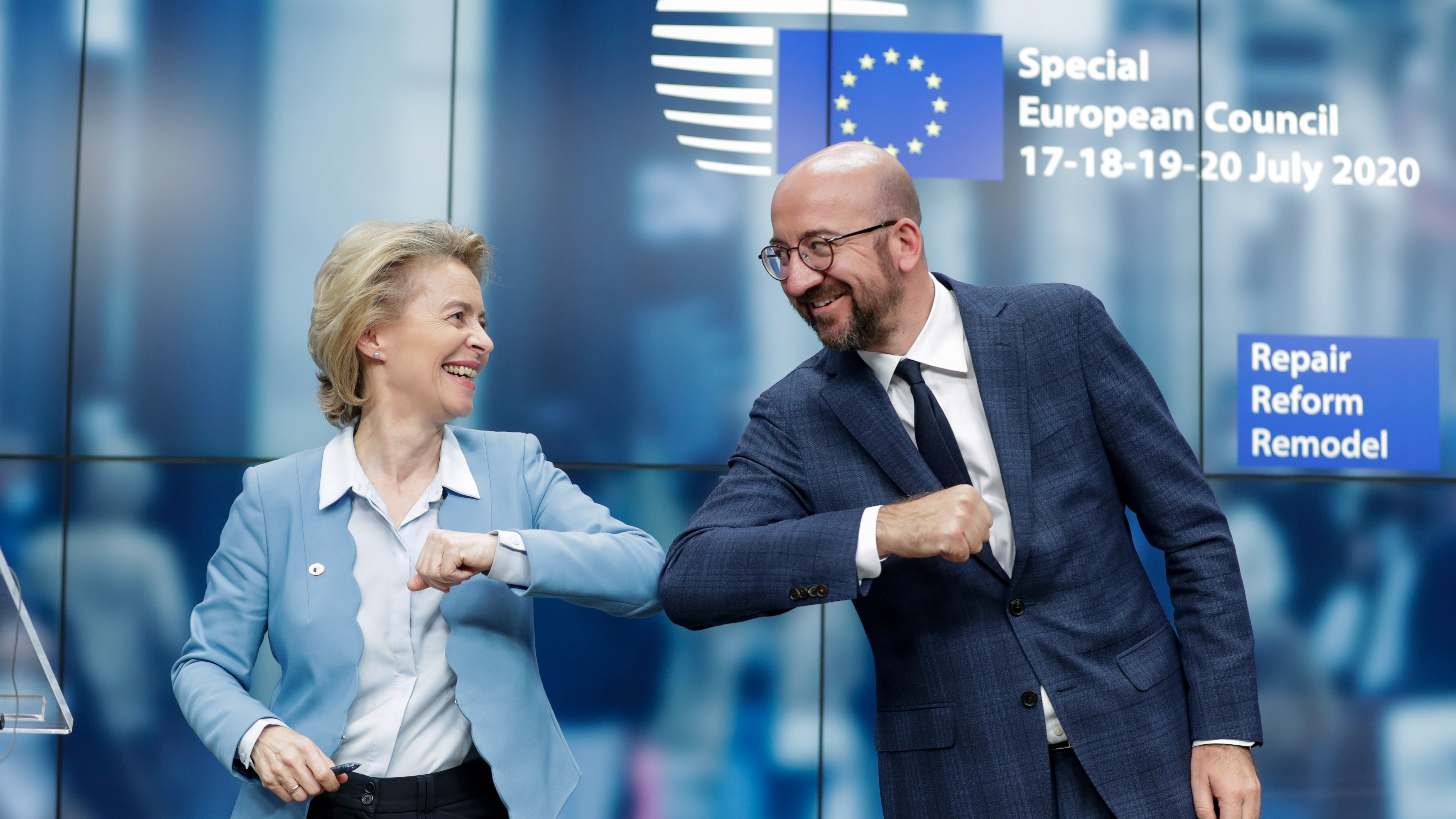 The deal, which paves the way for passage of the next EU budget, is a package of firsts, reflecting the extraordinary nature of the crisis it's meant to address. For the first time, Brussels will raise vast amounts of money on the open markets, then dole it out as non-repayable grants, with $445 billion going to the countries worst affected by the pandemic. The rest will take the form of  low-interest loans.

It's also the first time the EU's long-term budget, which came in at $1.23 trillion, will have been linked to fighting climate change and respect for the rule of law.

"Europe still has the courage and imagination to think big," said European Commission President Ursula von der Leyen. "And as exhausted as we are all here, we are aware that this is a historic moment in Europe."

Even the Dutch prime minister Mark Rutte, who was dubbed 'Mr. No' for stalling the agreement, said he was "very happy" with the outcome. he and his frugal counterparts in Austria, Sweden and Denmark won large increases to their budget rebates in exchange for agreeing to a higher than desired grant level: Austria's rebate will nearly double.

Rutte's proposed 'emergency break' to cut off funds to countries not following through on promised economic reforms also made the cut.

"I think it is particularly important because it will paradoxically only lead to a situation in which that system is not needed because countries will know that there is an extra set of eyes," said Rutte.