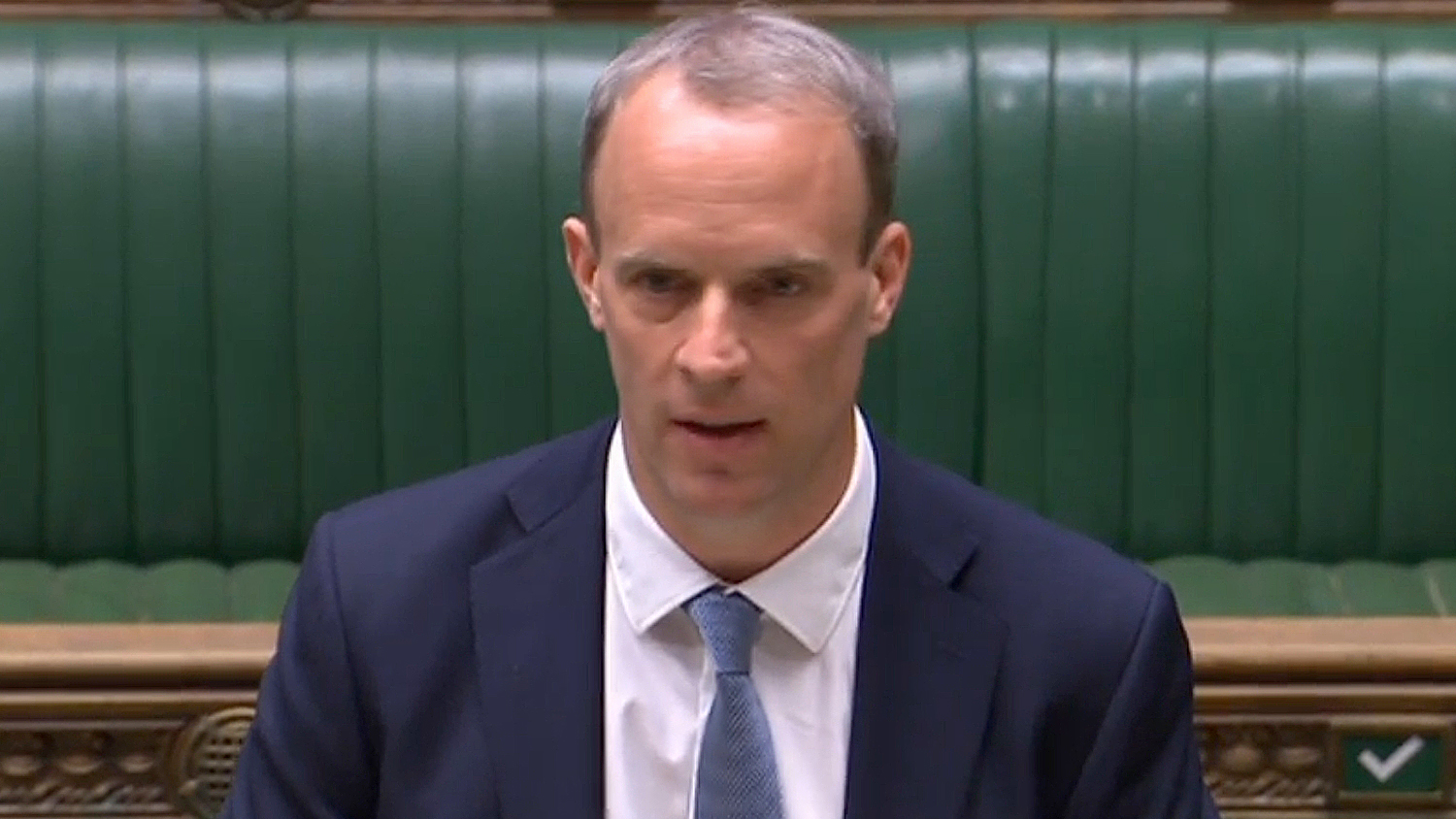 The UK has suspended its extradition treaty with Hong Kong "immediately and indefinitely" because of concerns about the national security law in Hong Kong.

He added: "The government has decided to suspend the extradition treaty immediately and indefinitely."

A spokesman for the Chinese Embassy in London said the UK had "once again violated international law and basic norms of international relations – grossly interfering in China's internal affairs, attempting to interfere with the implementation of Hong Kong's national security law and undermining the prosperity and stability of Hong Kong."

Earlier on Monday, Wang Wenbin, a spokesperson for China's Foreign Ministry, said that Beijing would respond resolutely to actions that meddle in China's affairs: "Britain has recently made some erroneous remarks and measures concerning Hong Kong... we urge the UK to take no more steps down the wrong path, so as to avoid further damage to China-UK relations."

Liu Xiaoming, China's ambassador to the UK, has repeatedly warned the UK about interfering in the affairs of China, specifically in Hong Kong, On Sunday, he urged the UK not to "dance to the tune of the Americans" on foreign policy.

China says the national security law is essential to improve the legal system and enforcement mechanisms for HKSAR.

Raab's announcement comes after the UK went back on its decision to use Huawei technology in the rollout of its 5G network, citing U.S. sanctions, which it said meant the Chinese telecoms giant was a security threat – claims the company has denied.

Liu Xiaoming said the UK government has made a "very bad decision", and that Beijing is "still evaluating the consequences".

"When this decision was announced, I said this was a dark day for Huawei, a dark day for China-UK relations, it's an even darker day for the United Kingdom," Liu said.