COVID-19 vaccine: What are the next stages of approval?
Giulia Carbonaro 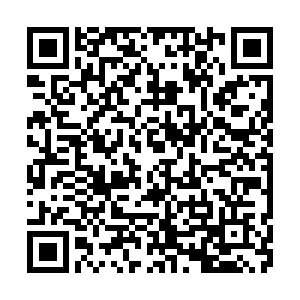 Promising study results from a few candidate COVID-19 vaccines around the world – including the one being developed by AstraZeneca and Oxford University and the one by Chinese company CanSino Biologics – are reigniting hopes that one could be available before the end of the year.

The experimental vaccine by AstraZeneca and Oxford University has been described by the World Health Organization (WHO) as leading the race – which now counts 150 candidate vaccines globally.

But after these early-stage clinical trials, the process to get a vaccine into the market requires a few more, possibly lengthy, steps.

Read more: Which are the front-runners in the COVID-19 vaccine race?

Stage one: Proof of efficacy

First of all, the candidate vaccine needs to successfully produce an immune response in late-stage clinical trials. This means testing the vaccine on a larger number of people – something that has proved challenging in the UK, where infection rates are currently quite low.

Late-stage trials involving thousands of people and vulnerable subjects are under way in Brazil and South Africa and are about to start in the U.S., where the rate of daily new cases is still high.

Second, the vaccine needs to be manufactured in large numbers – something AstraZeneca claims it has scaled up to do. This is necessary so that the regulators, who will then authorize the vaccine to be released onto the market, can run tests to make sure the batches of vaccines are manufactured correctly.

Third, the experimental vaccine must be approved and licensed by regulators. Regulatory review and approval can traditionally take up to two years, but with the aim of stopping the pandemic as soon as possible, scientists and organizations are trying to drastically compress this timeline and approve the vaccine in three months.

Regulatory authorities follow the same procedures in Europe and other parts of the world in approving a candidate vaccine. The main principle they follow to approve a vaccine is that tests results must show that the vaccine's benefits are greater than its risks.

The AstraZeneca/Oxford University candidate uses a harmless, weakened version of the adenovirus (which causes a common cold in chimpanzees) to carry the genetic sequence of the novel coronavirus's spike proteins into the body.

The study from the clinical trials published in The Lancet medical journal on Monday has proved that 77 percent of volunteers experienced side-effects from the vaccine, but none serious enough to outweigh the benefits of the potential vaccine.

Read more: The race to find a coronavirus vaccine