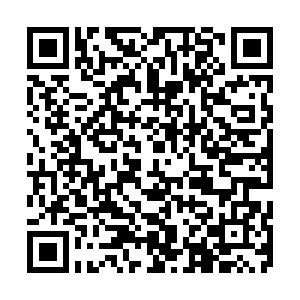 Estonia has announced the launch of the world's first "Digital Nomad Visa."

Last month, the country passed a law offering one-year visas to freelancers and employees who are able to work remotely to spend part of their time working from the Baltic state.

While the COVID-19 pandemic has restricted international travel, it has also highlighted the efficiency and possibilities of remote working. Whereas before, local employment and visa laws restricted options for freelancers, now Estonia is hoping that 2,000 people might take advantage of the new scheme.

Digital nomads can be defined as people who use telecommunications technologies to earn a living and conduct their life in a nomadic manner, with no set base. This allows such people to work from foreign countries, public libraries, co-working spaces and other areas.

Through the e-residency program, people will be given a corporate entity that they can run from afar while traveling around the world.

The scheme is looking to target non-European digital nomads. The visa will allow people to stay in the country for 12 months, including 90 days of travel across Europe's 26-country Schengen zone.

As the country is faced with a brain-drain of young people, Estonia is focusing on welcoming foreign entrepreneurs, particularly those from the UK, following its exit from the European Union.

This is not Estonia's first attempt to attract non-native entrepreneurs. In 2014, the country launched its e-Residency of Estonia program, which allows non-Estonians access to its services such as company formation, banking, payment processing and taxation. Around 70,000 people have taken up this scheme in the past six years.

For the moment, applicants must apply to embassies in a standard procedure just as they would for any other visa but there are hopes that in the future, companies can act as agents for the process instead.

Siim Sikkut, Estonia's chief information officer on new digital nomad visas, says the COVID-19 pandemic has severely strained many companies' and individuals' ability to do business. The country has felt the sting of coronavirus, just like every other nation, officially reporting 69 deaths among its population of 1.3 million.

Sikkut also says Estonia is committed to borderless collaboration and through the digital nomad visa it "would love to welcome anyone who wishes to work abroad to become one."

The country is looking ahead to when travel restrictions are lifted and it can begin to draw in skilled digital nomads.

Outside Europe, the government of Barbados has announced that it could soon introduced a 12-month "Barbados Welcome Stamp" to allow visitors the option to work remotely from the island for a year at a time.

The visa would allow people to go and work in the country from overseas but digitally, so that people do not need to remain in the country where they are currently located.

The idea is based on the reality that the pandemic has resulted in short-term travel being increasingly difficult and complicated due to the requirements for rapid COVID-19 testing, which are not readily available yet, and the very real fear of people getting ill abroad.

Research from MBO Partners shows that 4.8 million independent workers currently describe themselves as digital nomads but this number is also set to increase, as 1.7 million say they are hoping to define themselves as one in the future.

While it is true that a large majority of current digital nomad workers are young and male, one-third are female and 54 percent are over the age of 38.

Creative professions dominate, particularly those that require specific skills. IT and marketing are also heavily involved in the movement.

The pay is comfortable for the majority, with one in six earning more than $75,000 annually: a figure that is split evenly between full-time workers and part-time individuals.

Technology is continuing to evolve and more companies are becoming comfortable with a scattered and remote workforce. The coronavirus pandemic has also meant many businesses and organizations have been presented with the opportunity to test out how this works.

MBO Partners predicts a rise in people joining such a nomadic style of working for a variety of personalized reasons, including a wave of Baby Boomers "unretiring" and an improved work/life balance.