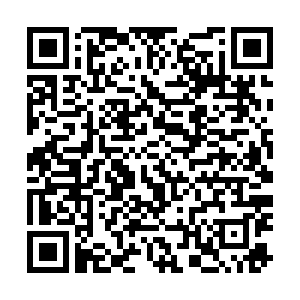 - Members of Spain's government, past and present, attended a state ceremony at the Royal Palace in Madrid to honor the 28,400 victims of COVID-19 as well as those who have been fighting against it on the front line. Among those in attendance were King Felipe VI and current Prime Minister Pedro Sanchez.

- COVID-19 was the direct cause of 89 percent of fatalities in Italy of people who had tested positive for the virus, according to a report from the country's statistics agency. Among the other 11 percent of deaths ,causes were cited cardiovascular diseases (4.6 percent), tumours (2.4 percent) and diabetes (0.6 percent)

- Spain's health authorities have ordered the culling of all 93,000 mink at a farm in Aragon, eastern Spain to prevent human contagion after discovering that most of the animals there had been infected with the coronavirus.

- Germany has set out plans to allow for stricter lockdown measures to contain local outbreaks and to stop the threat of a second wave. The plans would include travel in and out of the affected areas.

- Ukraine's President Volodymyr Zelenskiy has said the country's citizens are fed up of its COVID-19 lockdown and the government should be cautious about extending the quarantine beyond August.

- The British government's chief scientific adviser, Patrick Vallance, has said it's probable the virus will return in waves over several years. Vallance also said that the reproductive (R) rate is now a "blunt and lagging tool" and it's not the right thing to be using to measure now. Instead an indication of a second wave will come from a higher proportion of positive tests he said.

- If the rearranged Tokyo Olympic Games do not take place next year, the 2022 Beijing Winter Olympics are also likely to be canceled, according to Dick Pound, vice president of the International Olympic Committee (IOC).

- Ireland will continue to advise its citizens against non-essential overseas travel after the government announced its move to "Phase 4" of its lockdown easing plan had to be postponed due to a rise in the country's reproduction (R) rate.

- The 2022 Summer Youth Olympic Games, scheduled to take place in Dakar, Senegal, has been postponed for four years to 2026, as confirmed by the IOC.

- Global cases have risen to more than 13.5 million, according to the Johns Hopkins University tracker.

- The chief of staff to Hungary's Prime Minister Viktor Orban has canceled celebrations and fireworks scheduled for the 20 August national holiday due to the pandemic. 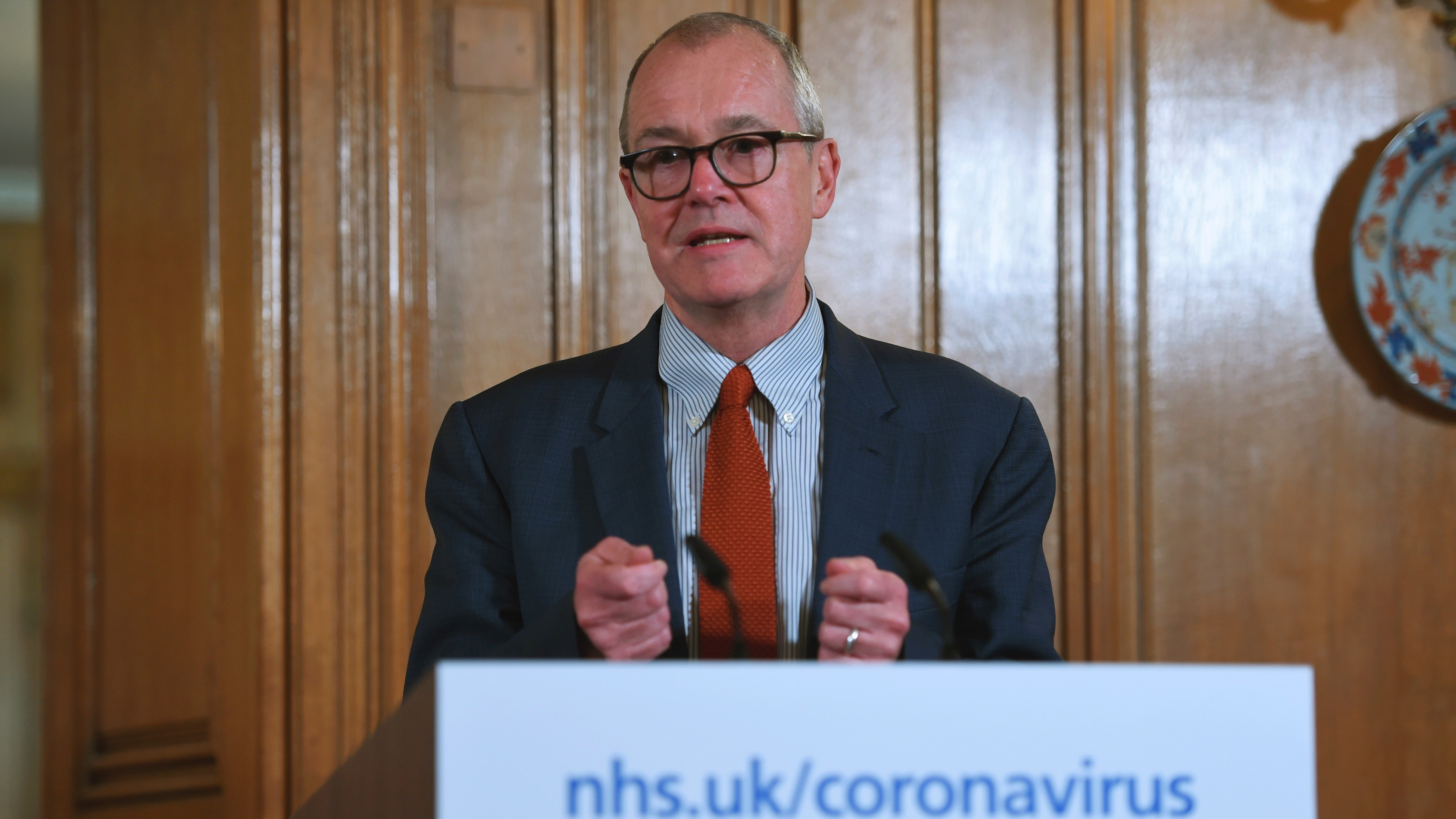 Everyone is tired of this quarantine
-  Volodymyr Zelenskiy, Ukraine's president

More than 700 people have been placed in official quarantine in Hungary since new border restrictions came into force on Wednesday.

The new rules assign the colours red, amber and green to countries depending on the risk level Hungary perceives they pose.

There are currently just over 3,700 people in official quarantine in the country.

Testing of wastewater samples in Budapest and other countries has shown the concentration of the virus is low across the country.

Stricter epidemiological measures have been implemented at Budapest Liszt Ferenc Airport and onboard flights.

While it is not mandatory to wear a mask at the airport, passengers are required to wear one onboard planes. As a new precaution, it is now possible for passengers to check in their own luggage.

After scanning the flight ticket, a machine prints the baggage tag, which passengers fix to their suitcases and before placing them on the conveyor belt. Signs remind travelers to maintain distance between one another.

The region of Mayenne, 260 kilometers to the west of Paris, has had its coronavirus status raised from "moderate vulnerability" to "elevated vulnerability" as cases in recognized clusters there increase.

The health secretary admits the situation in Mayenne is "problematic." Olivier Veran has asked the region's police to enforce a proposed ruling on compulsory masks in public places immediately, rather than waiting for the 1 August date suggested by President Emmanuel Macron.

Confirmed cases of the coronavirus have been rising in Mayenne since 25 June, but the health authorities say they have tracked the "chain of contagion" in the département. Mayenne is not the only place under scrutiny – Veran says there have been "faint signs of a virus comeback" in some Paris hospitals. 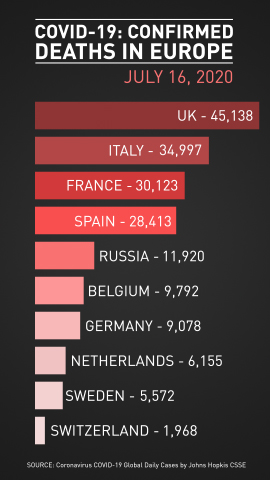 The central bank has already taken unprecedented action to try to cushion the eurozone from its worst downturn since World War II.

ECB President Christine Lagarde has hinted that the bank may hold back from more stimulus measures and assess the effectiveness of what has been "done so far."

The meeting in Frankfurt comes days before a European Union summit in Brussels where all 27 EU leaders will try to agree on a proposed €750 billion ($856 billion) recovery fund to kick-start the bloc's battered economy.

Speaking last month, Lagarde called the plan a potential "game-changer" and said the eurozone is "probably past" the worst of the crisis, but "of course there could be a second wave."

The economic damage from COVID-19 continues to mount for the UK as latest figures show 649,000 left company payrolls between March and June.

The number of people claiming employment-related benefits hit 2.6 million, which suggests an unemployment crisis looming that could be unprecedented in recent decades.

The current unemployment rate of 3.9 percent could treble in coming months, with a study by the British Chambers of Commerce suggesting a third of firms plan to lay-off staff.

The one glimmer of hope is the government furlough scheme that's currently supporting 9.4 million salaries but with the plan due to expire in October, the fallout from the global pandemic looks likely to cause a sustained hit to the British economy. 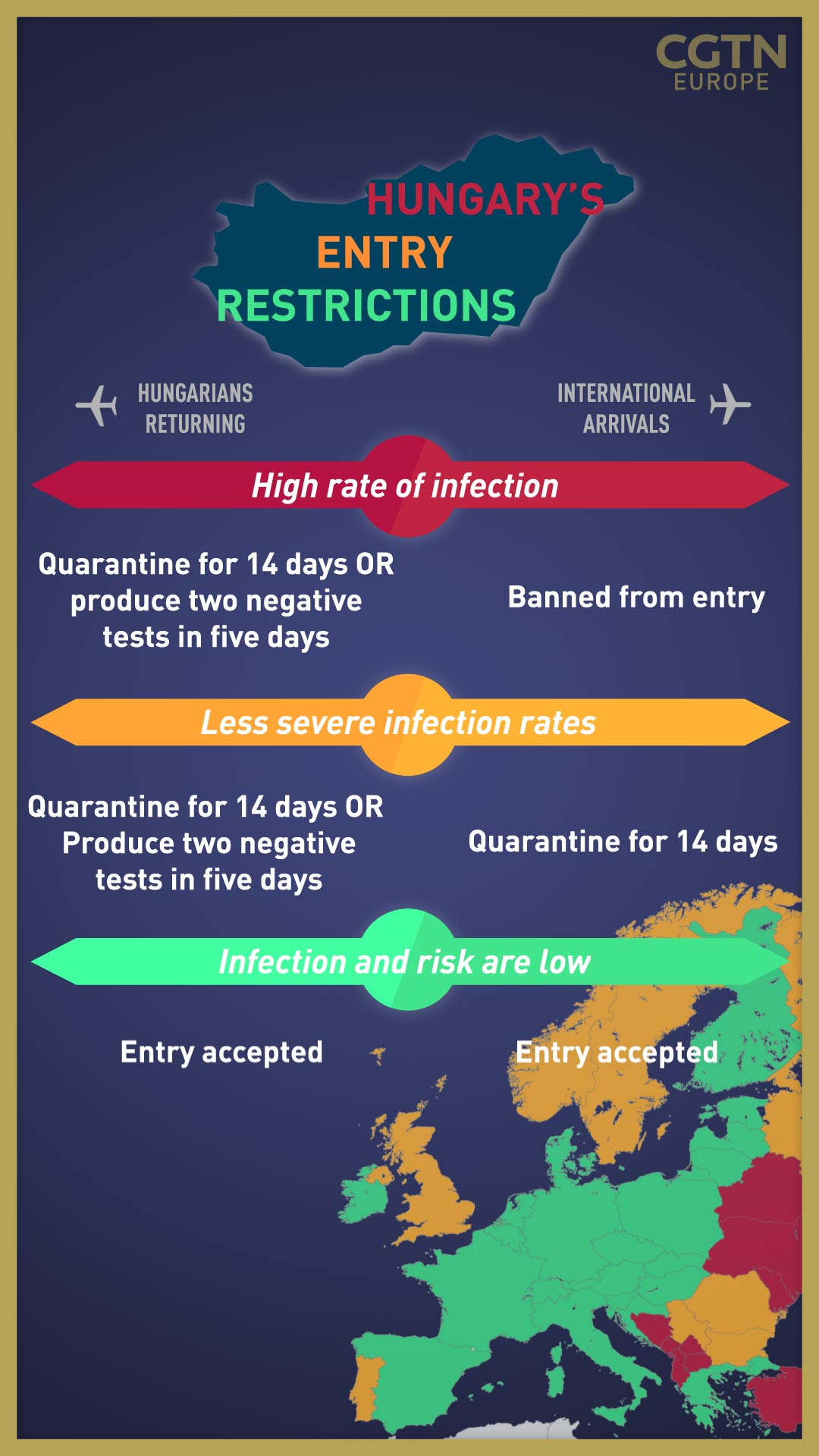