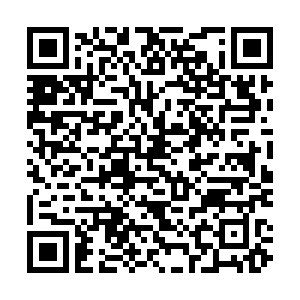 - The European Union has removed Serbia and Montenegro from its "safe" list - which determines the countries with which non-essential travel is allowed across the EU. The bloc cited a spike in infections as the reason for its decision.

- A top doctor has said restaurants shouldn't rely on plastic visors to protect their workers from COVID-19, saying they "create a false sense of security." Marina Jamnicki, a Swiss medical expert, added that face masks offer more protection than visors.

- Austria is to lift its travel warning for the Italian region of Lombardy after a fall in infections, its foreign ministry said.

- The European Commission has called for EU states to launch earlier and broader vaccination campaigns against the flu this year to reduce the risk of influenza and COVID-19 outbreaks occurring at the same time later in the year.

- About 160,000 people in the Spanish region of Catalonia have returned to confinement today after infections surged in the area.

- Bulgaria's unemployment rate has dropped from 9 percent in May to 8.3 percent in June as its labor market begins to recover.

- UK Health Minister Matt Hancock has said the government will not be recommending people to wear face masks in offices. The UK announced early this week that face coverings would be compulsory in shops and supermarkets from 24 July.

- A nurse who carried COVID-19 without knowing infected 16 others during a training session, which led to the eventual closure of Hillingdon Hospital in London, England, an inquiry has found. The event, described as "super-spreading,"  took place without face masks or any social-distancing regulations.

- Disneyland Paris opens its doors to visitors for the first time in four months on Wednesday. The park will have several new measures in place including a limited attendance, social distancing and mandatory face coverings for anyone over the the age of 11.

- Several of Norway's funeral companies are without work and have turned to state aid. The decline has been attributed to the declining mortality rate as well as cancelled funeral ceremonies due to COVID-19.

- Vacation rental online marketplace Airbnb took more than 1 million global bookings on 8 July, with a large amount of those for trips that will start on or before 7 August. .

- The rearranged Tokyo Olympic Games may have to be postponed again if COVID-19 mutates into a stronger pathogen, according to Kiyoshi Kurokawa, a prominent Japanese government adviser. 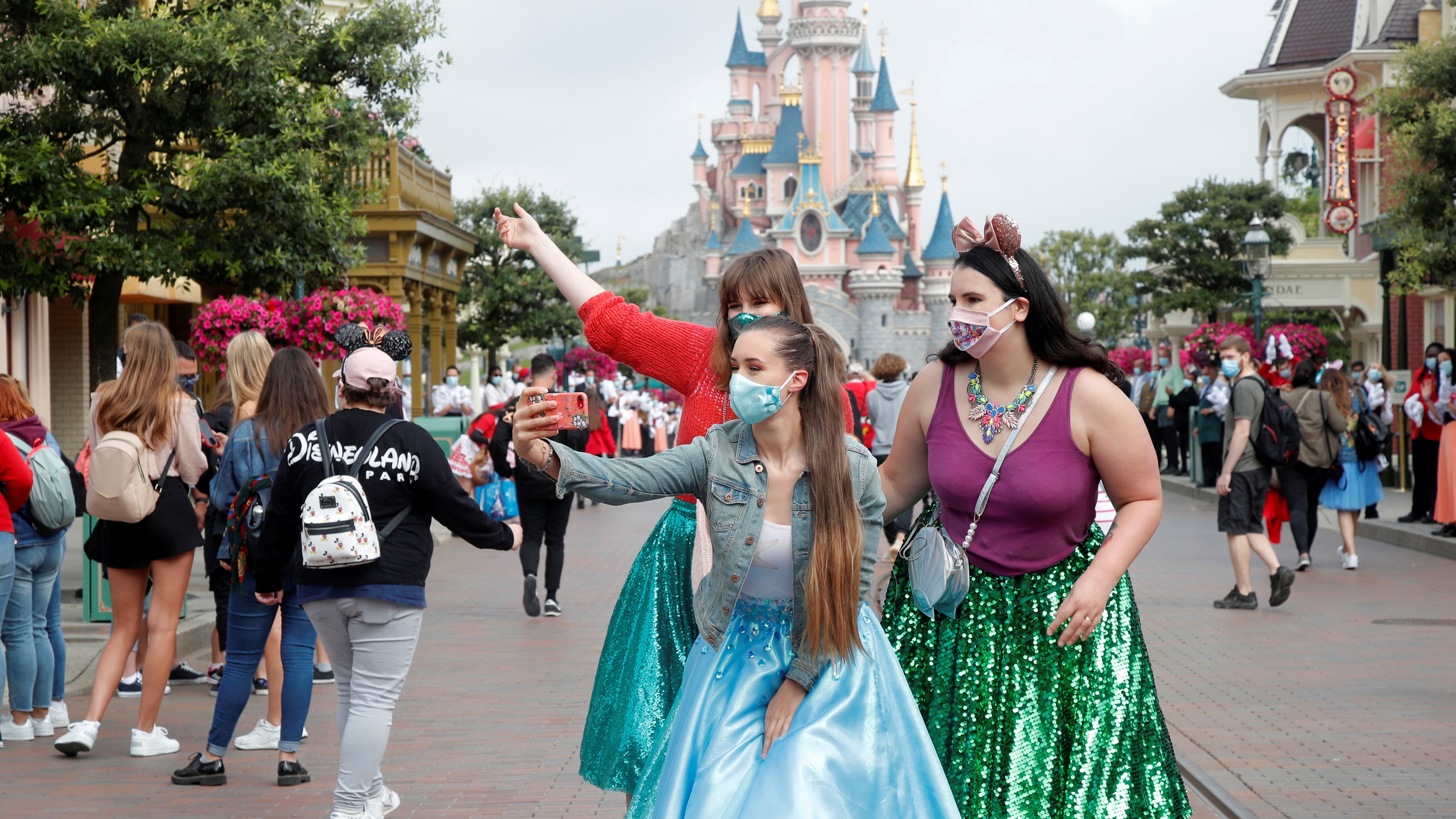 After four months of closure, Disneyland Paris reopened its doors to visitors on Wednesday. /Reuters

After four months of closure, Disneyland Paris reopened its doors to visitors on Wednesday. /Reuters

Germany has lifted a travel ban on Sweden, the last EU country on Berlin's COVID-19 risk list. The number of cases in the Scandinavian country dropped in July after spiking in June.

However, on Tuesday, the EU said it would follow a German proposal to remove Serbia and Montenegro from its list of safe countries for non-essential travel as COVID-19 cases have increased in the Balkans.

Germany has also issued a travel warning for the small neighboring country of Luxembourg after the number of new infections there rose above 50 cases per 100,000 residents over the past seven days.

Meanwhile, German states are in discussion with the federal government about how to deal with domestic travel in the case of a local outbreak. Chancellor Angela Merkel says she supports local travel restrictions to contain COVID-19 hotspots.

The Belgian National Security Council is meeting on Wednesday to review the country's current coronavirus restrictions, including the possibility of allowing mass gatherings in August.

Under the current rules, 200 people can gather inside and 400 outside, but nightclubs remain closed. Those numbers are expected to be doubled next month, with the nightlife industry hoping for a clear decision this week.

But health authorities are concerned about the latest figures. The rate of new infection has increased by 8 percent compared with the previous week, with an average 96 people testing positive for the virus over a seven-day period.

Epidemiologist Marius Gilbert said: "We are now in a more problematic situation." 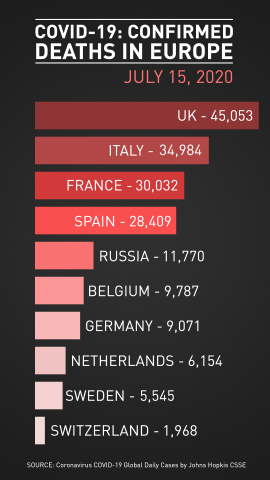 New data suggest the rate of COVID-19 infections in England was lower than previously thought before the lockdown was eased in the country in May.

The report by Imperial College London showed there was an average of 13 cases for every 10,000 people in the country. It means the reproductive rate, or R number, was 0.57, significantly less than previous estimates that put it between 0.7 and 1.

Meanwhile, Scotland will have the biggest easing of its lockdown measures since they were first introduced in March. Pubs, bars, restaurants, and hairdressers are among the thousands of businesses that will be allowed to reopen.

And more than a million people in the UK have quit smoking since the outbreak of the COVID-19 pandemic. A survey for smoking charity Ash says four in 10 people said their decision to quit was in direct response to the virus.

Hungary will not support taking on a joint EU loan to combat the effects of the COVID-19 pandemic if it's linked to rule-of-law conditions.

With 128 votes in favor, 16 against and one abstention, the Hungarian parliament voted on Tuesday on the government's proposal about the conditions under which Hungary can support taking on a joint loan.

The adopted proposal outlines that the Hungarian government can only support the initiative if poorer states will also get a fair share of the budget and if the money received can only be spent on rebooting the economy, stimulating growth and preserving jobs.

It also says the loan "cannot be tied to any political or ideological condition, such as the oft-repeated "rule-of-law criteria".

"One thing should be carefully avoided: mixing it up with politics. That's [Hungary's] gravest condition," Prime Minister Viktor Orban said.

The EU's 27 national leaders are to meet on Friday to hash out details of the next multiannual EU budget and post-pandemic recovery. 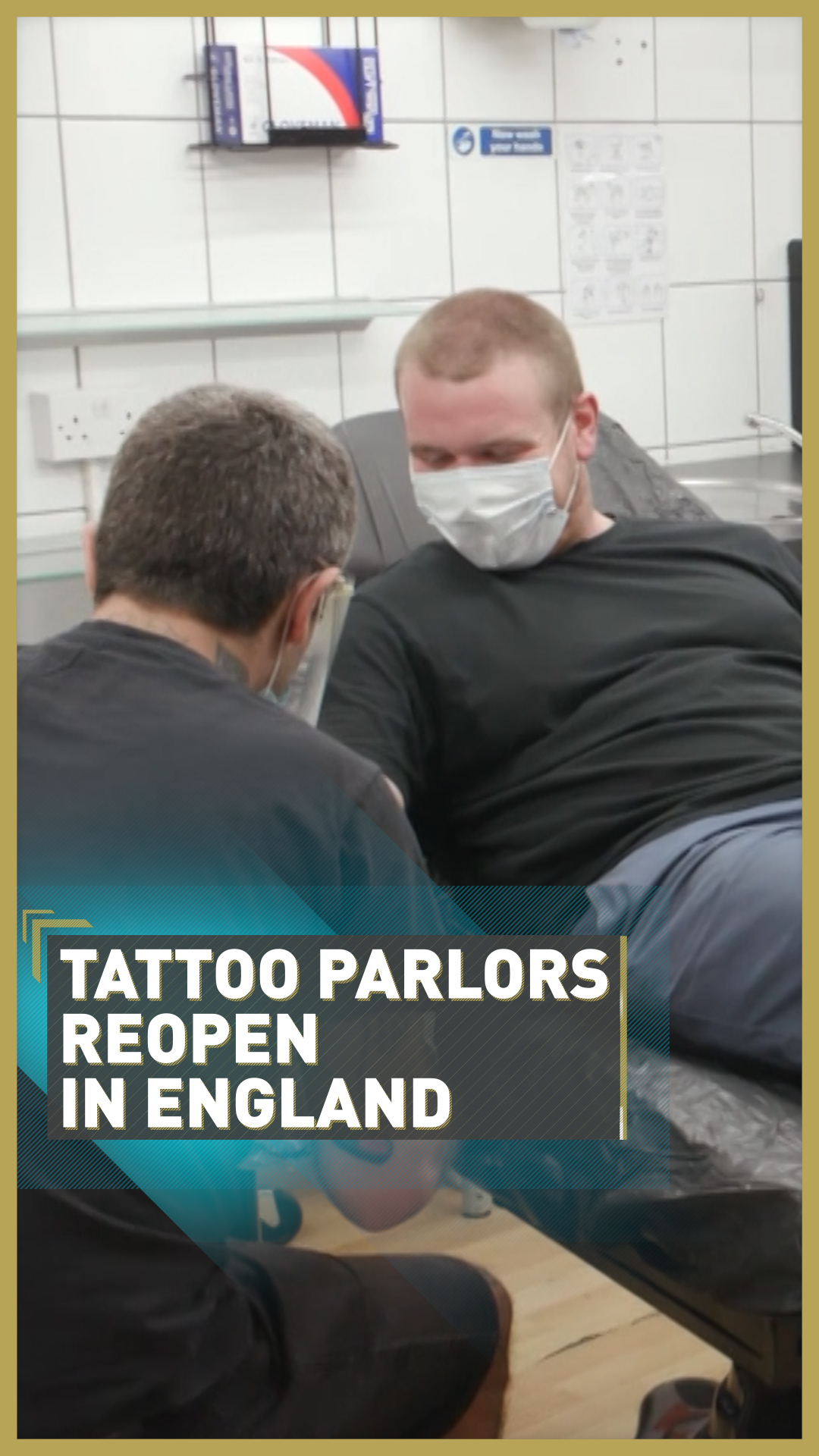