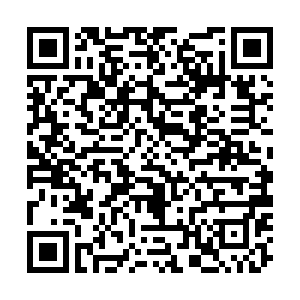 - A bus driver in France, who was left brain dead after being attacked by a group of passengers after asking them to wear face masks before boarding the bus has died, his family has said. Phillippe Monguillot, 59, was attacked in Bayonne, France last weekend and died in hospital on Friday. Two men have been charged with attempted murder with prosecutors now saying they will ask for the charges to be upgraded following Monguillot's death.

- Belgium's government has urged its citizens not to travel to the British city of Leicester, as it currently faces tighter lockdown measures due to a spike in infections.

- German top flight football team Union Berlin has said they are prepared to pay for COVID-19 tests for all staff and all of its season ticket holders so they can welcome back supporters to their matches.

- European parliament has voted to stop certain restrictions around some drug trials to speed up the development of a COVID-19 vaccine.

- Protests across Serbia continued into a fifth day against the government's new COVID-19 measures. This comes after violence broke out on Friday night in its capital, Belgrade. President Alexander Vucic condemned the actions of some protestors, describing it as "pure terrorism" and blaming some of his political opponents for inciting the violent protests.

- UK prime minister Boris Johnson was seen in public on Friday wearing a blue face mask, as speculation grows that the UK government, which has been skeptical about the benefits of face masks for the general public, is planning to change its position and make the wearing of a face covering mandatory in shops in England.

- France has become the sixth country to report a death toll that exceeds 30,000 after 25 people died in the past 24 hours, bringing the cumulative total to 30,004.

- The Bulgarian Football Union has postponed the start of next season's top flight domestic football league by two weeks as a result of the biggest increase of COVID-19 cases in over a week. The season opening scheduled for 24 July, will now take place on 7 August.

- The World Health Organization has called for a more systematic research on airborne transmission of COVID-19 in closed settings but admitted that other transmission approaches unidentified could also exist.

German top flight football club Union Berlin has offered to pay for COVID-19 test for all its staff and season ticket holders so that they can attend matches. /AP

German top flight football club Union Berlin has offered to pay for COVID-19 test for all its staff and season ticket holders so that they can attend matches. /AP

Our stadium experience doesn't work with social distancing, and if we aren't allowed to sing and shout, then it's not Union
-  Dirk Zingler, Union Berlin football club club chairman

Two COVID-19 themes are obvious in Britain this weekend, as Prime Minister Boris Johnson encourages workers to return to work, and appeared wearing a blue face mask on the front pages of several newspapers.

It's the first time he's appeared in public wearing a covering over his mouth and nose. There's speculation it might lead to making them compulsory in shops in England, as they now are in Scotland. People are only advised to wear them in Wales, and wear them while travelling on public transport.

As many more lockdown restrictions are lifted, several UK government ministers have continued to appear in parliament and in public without a face covering or protective gloves. They've been questioned, even criticised, as has the speed of reopening the economy and people's ability to travel.

Travellers from more than 50 countries including France, Spain, Italy and Germany don't have to quarantine for two weeks when they arrive in England, Wales and Northern Ireland. Although many countries retain restrictive rules for people arriving from Britain.

The quarantine rule in the UK was introduced on June 8.

This weekend too, open air theaters, swimming pools and sports clubs are allowed to restart, despite some concerns that people gathering in larger numbers or jetting off on foreign holidays could increase the rate of COVID-19 infection.

Saturday marks the fifth day of protests across the country, as citizens march against the government's introduction of new COVID-19 measures.

Protestors clashed with police at parliament buildings in its capital Belgrade on Friday, while others blocked the main road into Serbia's second biggest city Novi Sad.

President Alexander Vucic has condemned the actions of the protestors, calling it "pure terrorism." Vucic also turned the blame to some of his political opponents for inciting the violent protests.

Serbia announced its record single day death figure on Friday, with 18 deaths recorded in the past 24 hours, alongside 386 new cases, in what prime minister Ana Brnabic described as a "dramatic increase."

Saturday was meant to be the start of a weekend curfew, brought in by the government to help slow the spread of the virus. But because of the protests, the government has performed a U-turn, instead deciding to prevent gatherings of more than 10 people. 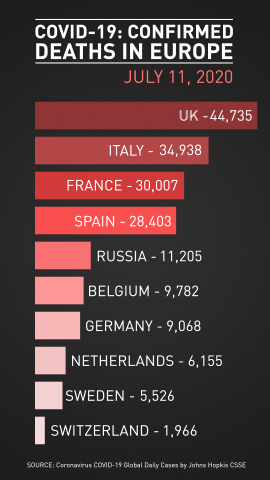