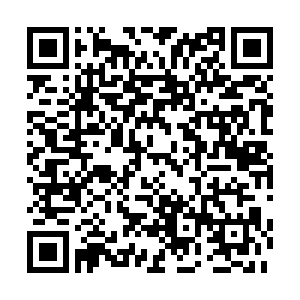 - Serbia's president, Aleksandar Vucic, has made a last-minute U-turn on plans to reintroduce a weekend curfew after violent protest in Belgrade. Vucic has warned harsher social-distancing measures will be considered instead.

- The Netherlands has shut its borders to people from Serbia and Montenegro on Wednesday, just a week after opening them, citing a rapid rise in new infections in both countries.

- Austria's government has urged its citizens not to travel to Romania, Bulgaria and Moldova after spikes in new infections in those countries. People returning from the three nations to Austria will have to undergo a mandatory 14-day quarantine or provide a recent negative test.

- Italy has called for the EU to introduce precautionary measures for passengers traveling to the bloc from outside countries in a bid to slow the spread of COVID-19.

- The UK government has offered restaurants a 50 percent return on meals eaten in August up to the value of £10 ($12.50) as part of its recovery plan. It has also announced a reduction on VAT, stamp duty and a bonus for employers re-employing furloughed staff.

- France's new prime minister, Jean Castex, has said that any new lockdown will be targeted and not imposed nationwide, even if there is a second wave of infections.

- The 43rd Ryder Cup will now take place in 2021. The golf tournament, which pits the best players in Europe against those from the U.S., has been postponed as organizers said the event without spectators is "not a realistic option."

- The World Health Organization has acknowledged the evidence emerging of the airborne transmission of COVID-19 after a group of scientists concluded the virus could spread far beyond two meters.

- Italian authorities have prevented 125 Bangladeshi people from entering the country on Wednesday at Rome's Fiumicino airport as it tries to contain an outbreak among the Bangladeshi community in the Lazio region.

The 43rd Ryder Cup golf tournament has been postponed until next year. /AP

The 43rd Ryder Cup golf tournament has been postponed until next year. /AP

I would consider it appropriate to outline together new rigorous precautionary measures for arrivals from non-Schengen and non-EU areas
-  Roberto Speranza, Italy's health minister

As the number of countries imposing local lockdowns increases due to spikes in infections, European travelers are once again facing uncertainty about the summer holidays.

Brussels Airlines has announced it will not refund flight tickets if passengers decide to cancel their trips, instead of waiting for the airline to cancel the flight.

Meanwhile, all eyes are on the European Parliament in Brussels today with a high-profile visit of the German Chancellor Angela Merkel as her country takes over the European Council presidency.

She will be holding a mini summit to take stock of the coronavirus recovery fund ahead of a leaders' meeting on 17 and 18 July.

The number of coronavirus cases in Germany has reached a total of 197,341 on Friday, after an increase of 397 cases since the day before, according to the Robert Koch Institute (RKI).

The number of deaths also rose, to a total of 9,036, after 12 new fatalities were registered.

Across Germany, authorities are starting to drift away from the recommendations set out by the central government. On Thursday, the eastern state of Saxony announced that large gatherings of up to 1,000 people will be allowed again from September, according to the Bild newspaper.

Some states are also discussing not making face masks mandatory. Health Minister Jens Spahn warned on Sunday that "the virus is still there" and that "wherever the necessary distance cannot be guaranteed in closed rooms, the everyday use of masks remains necessary."

The UK's finance minister, Rishi Sunak, has unveiled billions of pounds worth of support measures to try to kick-start economic growth. Among the plans announced is a $2.5 billion scheme to help create jobs for those aged 16 to 24 and a significant reduction in Value Added Tax (VAT) and Stamp duty - a tax on property purchases.

On top of these pledges, Sunak also announced that the government would reward businesses with £1,000 ($1,255) for every member of staff retained after the furlough scheme ends, as long as they are employed until January 2021.

The government has also announced an "eat out to help out" scheme, which offers customers a discount of up to $12.50 per person when they eat out at restaurants from Monday to Wednesday in August.

Elsewhere, lawmakers in Britain have warned the UK must ensure supplies of personal protective equipment (PPE) are in place ahead of the winter when there could be a second wave of coronavirus cases. A lack of PPE supplies was one of the main criticisms of the government's handling of the pandemic earlier this year, although officials insist the country never ran out of them.

CGTN China: WHO experts to visit China to identify zoonotic source of COVID-19