- People who test positive for coronavirus in Italy's northeastern region of Veneto, which includes the city of Venice, but refuse hospital treatment, could face a prison sentence under new regulations introduced by Luca Zaia, the region's governor.

- Sweden's daily tally of new COVID-19 cases (283 in the past 24 hours) has fallen to its lowest since late May. Expanded testing fueled record numbers in June in a country that drew global attention for its rejection of a formal lockdown.

- Europe's top-flight football clubs could lose up to $4.52 billion in revenue because of the COVID-19 pandemic, according to a study by the European Club Association (ECA). The analysis warned the "seismic shock" would be felt most next season.

- Belgium has followed Italy and Hungary in deciding not to reopen its borders to the 15 non-EU "safe list" countries voted on by members of the European Union.

- British house prices fell for a fourth month in a row in June as COVID-19 continued to depress the housing market. Mortgage lender Halifax said prices dropped by 0.1 percent in June, following a 0.2 percent drop in May.

- Ireland has launched a track-and-trace app to try to slow the spread of COVID-19 across the country. Stephen Donnelly, the health minister, said downloads jumped from 50,000 to 100,000 within an hour on Tuesday.

- A final decision on the venues for the 2026 FIFA football World Cup has been delayed due to COVID-19. The tournament will be jointly hosted by the U.S., Canada and Mexico.

- British retailer Halfords said sales of cycling equipment surged 57.1 percent in its second-quarter figures as people turned to bicycles to avoid public transport across the UK.

- Germany's economy ministry has decided on a package of measures to make the financing of exports easier as it seeks to revive the struggling industry.

- Germany's industrial production rebounded in May, rising by 7.8 percent after falling 17.5 percent in April, according the country's statistic office. Germany's industrial production rose by 7.8% in May as Europe's largest economy begins to show signs of recovery after COVID-19 lockdown. /AP

Germany's industrial production rose by 7.8% in May as Europe's largest economy begins to show signs of recovery after COVID-19 lockdown. /AP

As travel begins to resume across Europe, Belgium is keeping some precautionary restrictions at its borders amid fears of localized outbreaks.

The country's core cabinet decided on Monday not to reopen its borders to non-EU travelers from 15 countries included on a "safe list" presented by the European Union, which includes Australia, New Zealand and China, subject to reciprocity.

Belgium has also announced it will quarantine arrivals from high-risk areas where lockdown measures have been reimposed. Travelers will be tested and placed in isolation for a maximum of two weeks.

Belgium's leading virologist Marc van Ranst says there is a risk of further outbreaks, as was the case in February with people traveling from Northern Italy.

Mortality in France in March and April was higher for people born abroad, according to the national statistics agency. INSEE says the increase in deaths caused by the coronavirus is much higher among people born abroad.

There were 129,000 deaths from all causes combined in France in March and April this year, a 25 percent increase on the number of deaths in the same period last year.

But this rise is much more marked among people born overseas, where fatalities increased by 48 percent, against 22 percent for people born in France. Moreover, 8,300 people who were born in Algeria, Morocco or Tunisia died in March and April in France, compared with 5,400 in 2019. Concerning people from Asia, 1,600 deaths were recorded this year – double the amount in 2019. 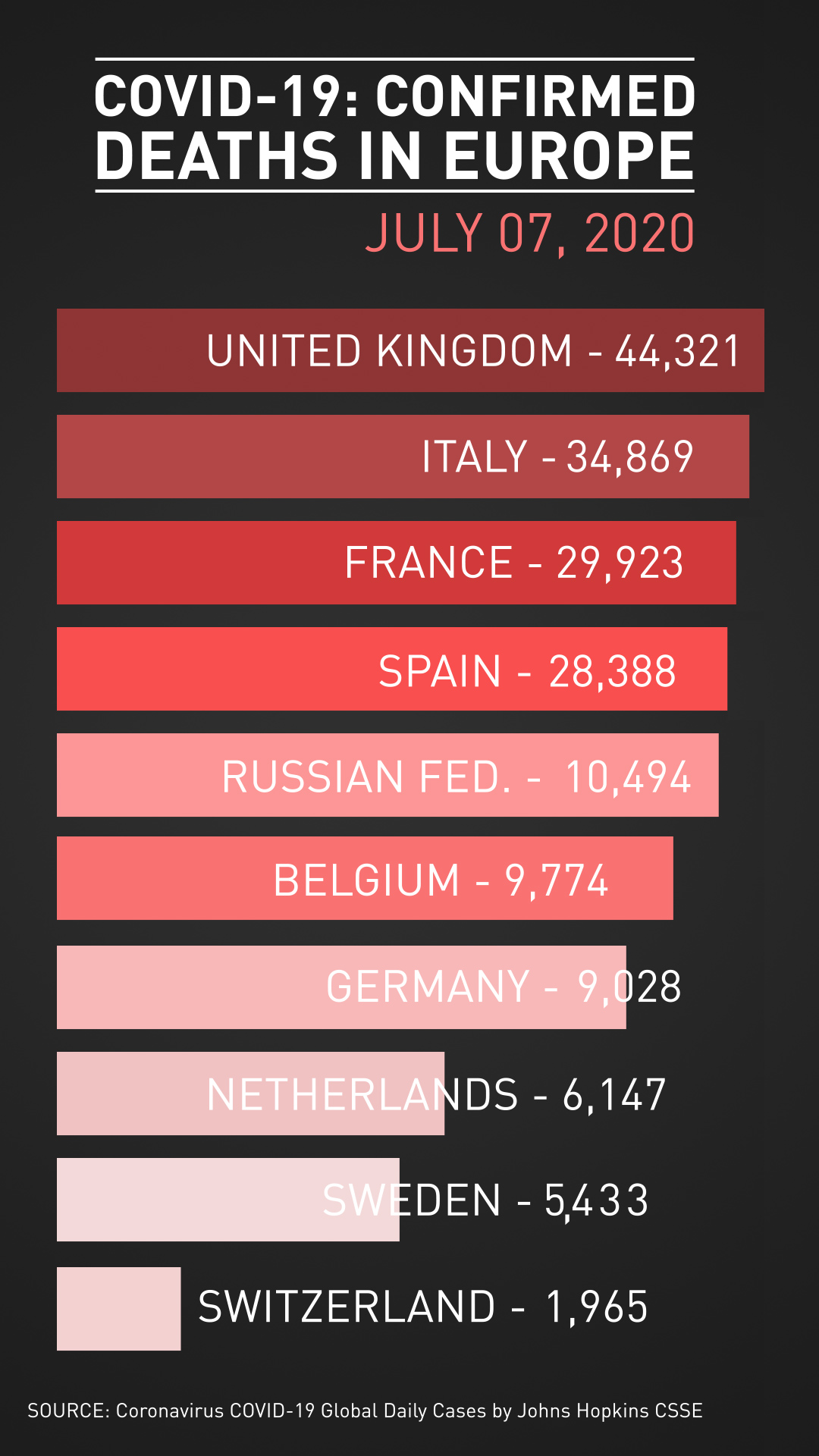 The mayor of Lleida, the north-eastern Spanish city that recently went back into lockdown, says he expects new COVID-19 cases to continue to rise despite the reimposing of restrictions.

However, Miguel Pueyo did say the local healthcare system was far better prepared to deal with this second wave compared with when the pandemic first hit in early March.

In Madrid, Spain's health ministry said new outbreaks were likely as the country entered what's being referred to as the "new normality" and that local lockdowns like the one in Lleida would be needed to control them.

A court has reversed a German premier's order to impose a lockdown in the North Rhine-Westphalia state after a recent outbreak in a local meat factory.

At a time when COVID-19 restriction measures have created a debate about privacy and democratic concerns around the world, the decision could create an important precedent.

The case was first rejected after a suit by a private individual, but then an entertainments company also sued the state when the lockdown was prolonged.

The court said in a statement that the lockdown was "not unreasonable" at the beginning of the outbreak, but that later the state had "time for further information to be gathered in order to decide on how to act."

It added: "By the time of the present ruling, however, it should have been possible and desirable to come up with a more nuanced rule." 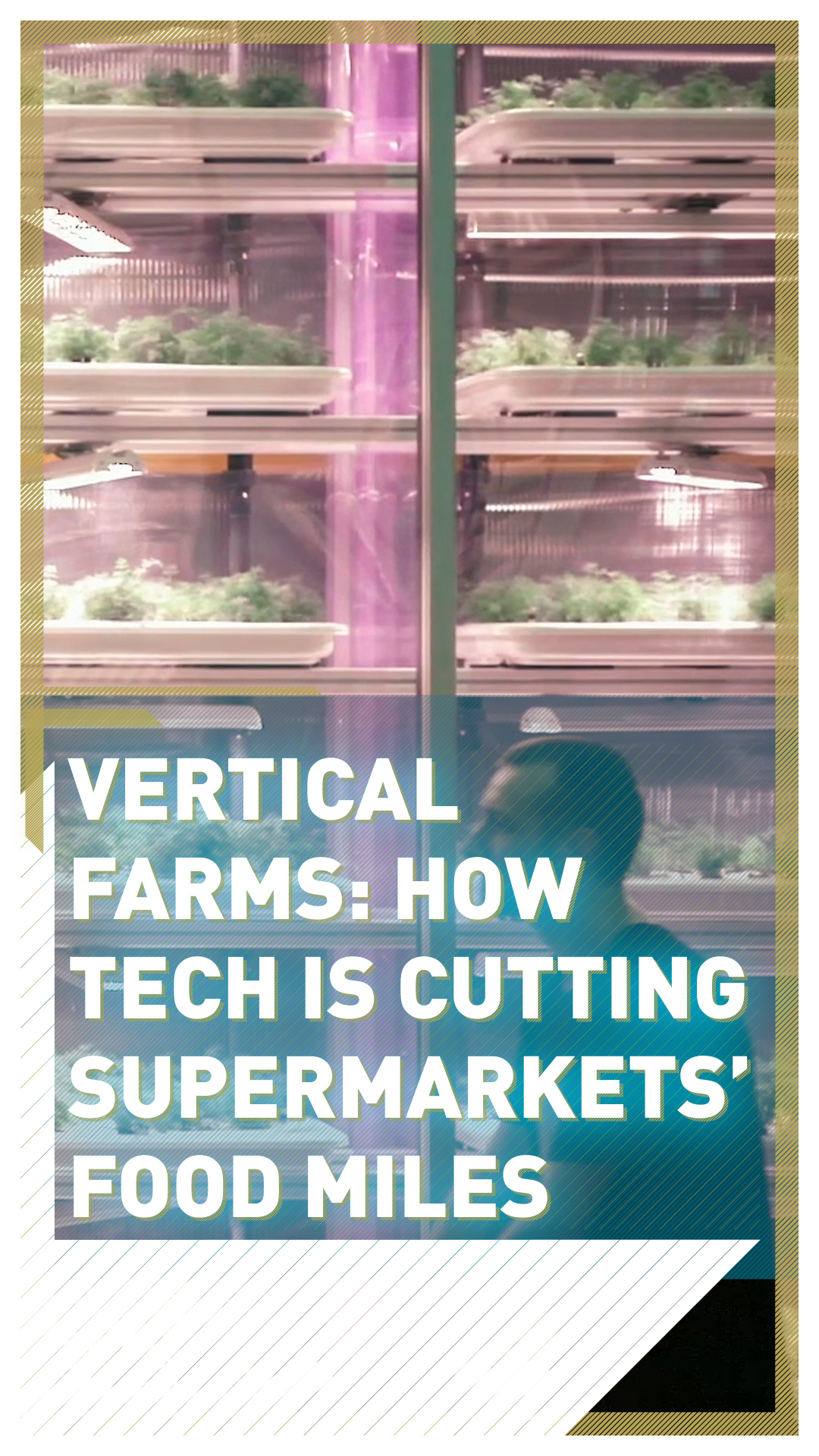 CGTN Africa: Nigeria to disinfect schools ahead of class resumption