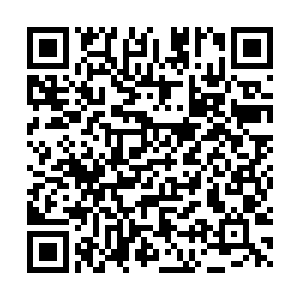 - Serbia's soldiers have set up an emergency 500-bed field hospital inside the Belgrade Arena, Belgrade as the country's cases surge again.

- UK Prime Minister Boris Johnson has announced the government will inject £1.57 billion ($1.96 billion) into the country's arts and heritage industries.

- However, the UK's culture secretary, Oliver Dowden, says theater performances, without the need for social distancing, are "some way off."

- France's Louvre museum in Paris reopened its doors to the public for the first time in almost four months on Monday as visitors queued to see Leonardo Da Vinci's Mona Lisa and its other treasures.

- Bulgaria will clamp down on people not complying with regulations, according to its health minister, Kiril Ananiev, who has urged local authorities to enforce the regulations and to fine anyone failing to adhere to them.

- Greece has announced it will not allow Serbian visitors to enter the country between 6 July and 15 July after it declared a state of emergency in its capital, Belgrade, as infections surged. As a result of the surge, troops in Serbia have set up an emergency 500-bed field hospital.

- A bus driver in France has been declared brain dead after being attacked by several people he refused to let onboard as they were not wearing face masks, which are mandatory on public transport nationwide.

- Ireland's prime minister Micheál Martin has warned the country may delay the full reopening of pubs after some "very worrying" scenes of crowds outside bars last weekend. Bars serving food were allowed to reopen in Ireland last week, with other pubs due to welcome visitors from 20 July, but now this could be pushed back.

- Low-cost airline Norwegian Air's June passenger volume is down 96.7 percent from a year earlier, as most of its fleet remained grounded. It flew 113,000 passengers in June 2020, compared with 3.48 million in June 2019.

- One in five German companies believe they may have to close down as a direct result of the impact of COVID-19, according to a study carried out by the Institute for Economic Research at the University of Munich (Ifo).

- As Ukraine continues to suffer a resurgence in COVID-19 cases, authorities have warned they may have to reimpose some restrictions to slow the spread. Ukraine reopened parks, outdoor cafes and public transport from late May.

- Wearing a face mask on public transport has become mandatory in Switzerland from Monday, amid rising numbers of new infections. 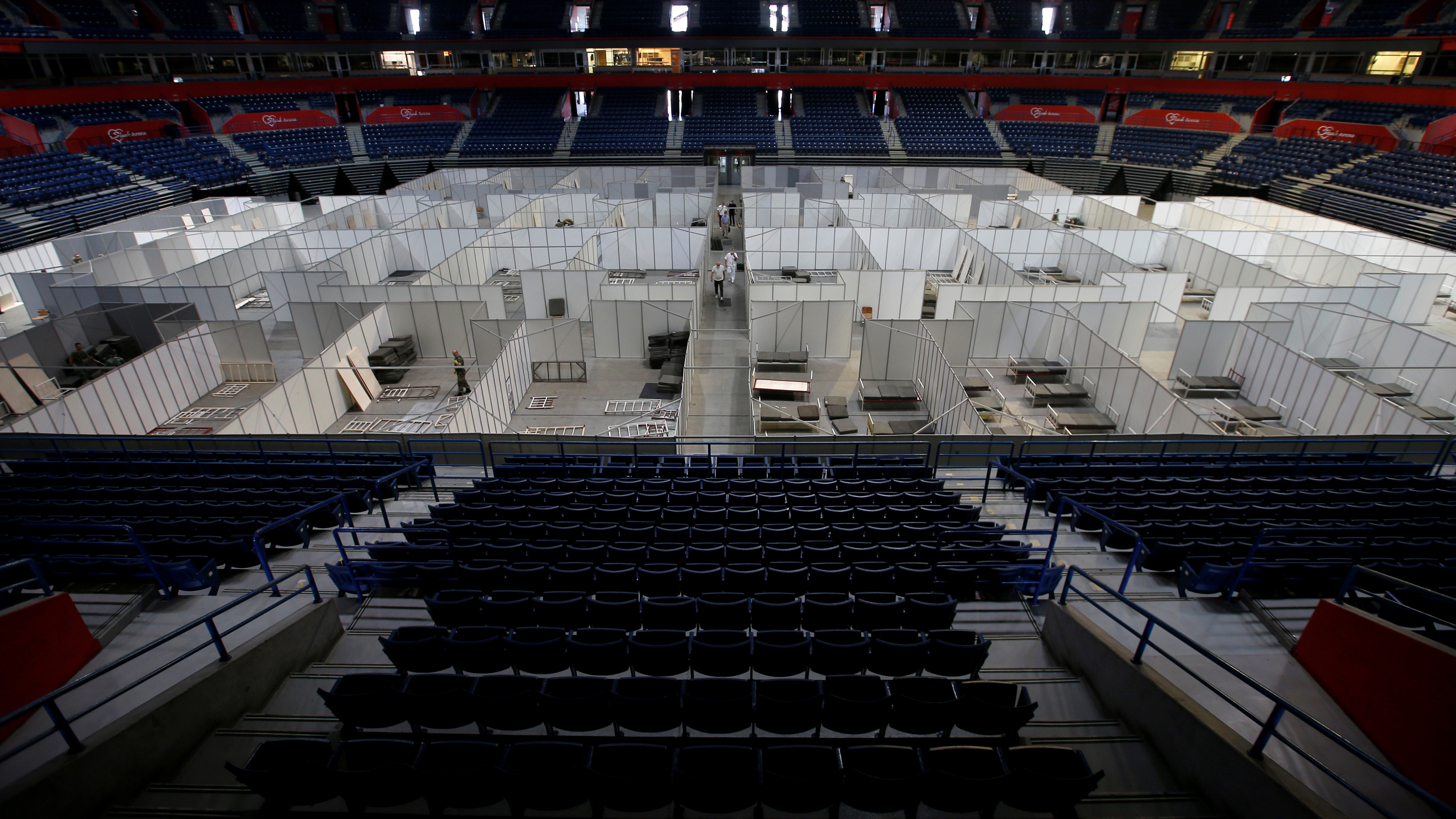 Serbia's soldiers have set up an emergency 500-bed field hospital inside the Belgrade Arena, Belgrade as the country's COVID-19 cases surge again. /AP

Serbia's soldiers have set up an emergency 500-bed field hospital inside the Belgrade Arena, Belgrade as the country's COVID-19 cases surge again. /AP

It's like in a war, it's very hard. All our staff are exhausted
-  Marta Saiko, head of primary care at Lviv emergency hospital, Ukraine

France's overseas territory in South America, French Guiana, continues to be the hardest-hit region in the country, with local politicians fearing the peak of the outbreak there has still not arrived.

The territory remains in the lockdown that began in the rest of France on 17 March.

The governor spoke over the weekend, saying that 50 more medical staff are arriving this week from France to support caregivers in the overseas department, which is the size of Portugal.

It comes as France's new prime minister, Jean Castex, said he wanted more than a short-term solution to the country's problems caused by the pandemic.

In Paris, the Louvre Museum has reopened after four months of closure. People wanting to see the numerous masterpieces are required to wear masks, and can only enter the world's most visited museum with a reservation.

Three maintenance workers in one of the workshops of the RATP's metro system, have tested positive for COVID-19.

The Regional Health Agency (ARS) is looking for contact cases among all the agents. The disinfection of the metros is part of the health protocol. The discovered infections have no impact on the services.

The UK's finance minister, Rishi Sunak, has announced a $1.96 billion bailout to save Britain's arts and cultural institutions from collapse. The package includes $1 billion in direct grant funding, $320 million in loans, and $120 million for national museums and English Heritages sites.

There has been a chorus of public gratitude from senior members of the arts community including Andrew Lloyd Webber, Royal Opera House CEO Alex Beard and Neil Constable, head of the Globe theater.

There are also reports that Sunak might consider temporarily lifting the stamp duty tax threshold from $150,000 to as much as $600,000. However, this is expected for the fall and an early announcement would likely stifle the housing market.

More than a dozen universities are now judged to be at risk of financial collapse, according to a new report by the Institute for Fiscal Studies, with warnings of losses in the billions as students defer enrolment this year. 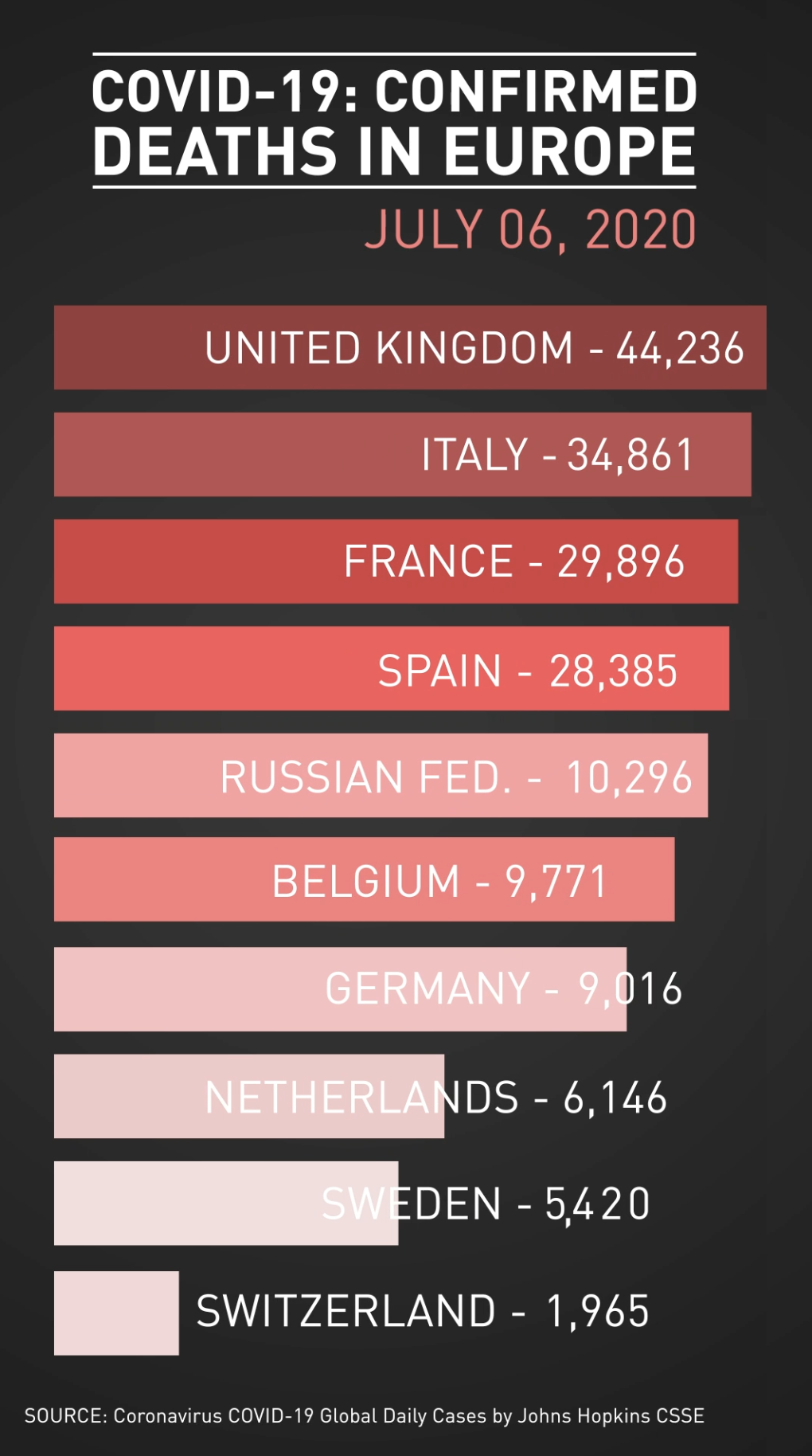 Croatia held a parliamentary election on Sunday, with a very low number of voters turning out.

The analysts blame the latest outbreak of the COVID-19 pandemic and people's fear that they might get infected in long queues at the polling stations.

Although in the past 24 hours only 57 people tested positive for the infection, it is still quite a significant number for Croatia.

With zero deaths in the same period and four patients on ventilators, Croatia is in a much better situation than neighboring Serbia, which in the past 24 hours had 302 new cases and five deaths from COVID-19.

Because of the deteriorating situation, Serbian citizens are banned from entering Greece, the country's top vacation destination, from 6 June.

One in five German companies believe they might have to close down because of the impact of the coronavirus crisis, a study by the Institute for Economic Research at the University of Munich (Ifo) revealed on Monday.

Companies such as travel agents, hotels and restaurants were the most concerned, according to the Ifo institute.

"We could see a wave of insolvencies in the coming months," Ifo researcher Stefan Sauer warned.

On Monday, Germany registered an increase of 219 cases of coronavirus compared with the day before, raising the total number of cases so far to 196,554, according to the Robert Koch Institute (RKI).

There were also four new deaths, bringing the total number to 9,016, the institute said.

Belgium's Risk Management Group is expected to meet on Monday to discuss potential measures for travelers returning from regions that have reported fresh outbreaks of the coronavirus.

It comes amid reports of an outbreak in Catalonia, 100 kilometers north of Barcelona, which has led authorities to impose a new local lockdown.

Three people traveling back from the destination are reported to have landed in Belgium. Belgian Health Minister Maggie de Block has asked that anyone affected be tested and self-isolate for 14 days.

In the wake of the local outbreaks in Spain, Belgian virologist Marc Van Ranst has stressed that going holiday abroad should not yet be allowed. 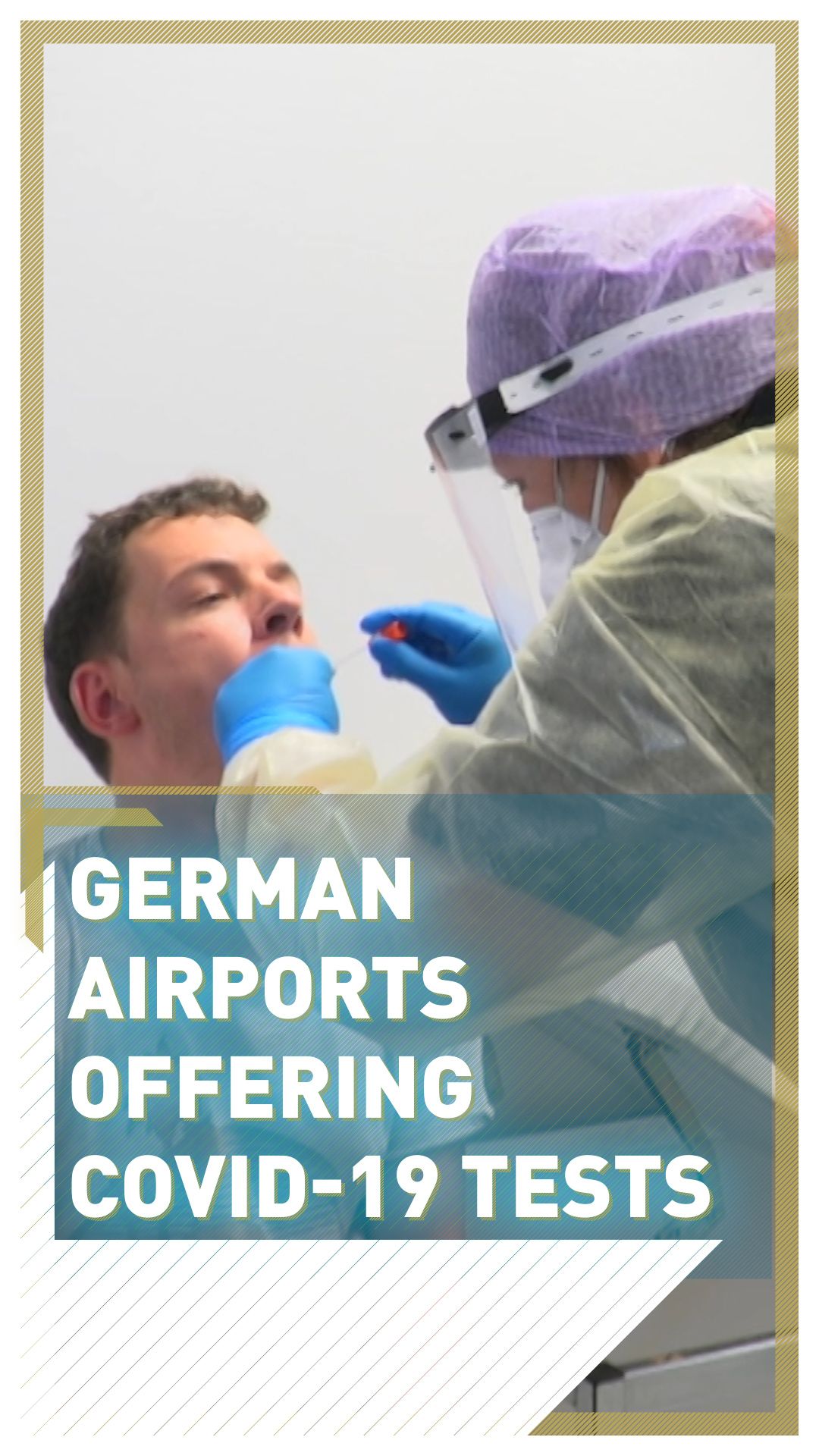