"To have successful relations with China and to represent our European interests effectively, Europe must speak decisively with one voice."

That was German Chancellor Angela Merkel, speaking in Berlin, where she presented parliament with the plan for the nation's EU presidency.

The relationship between the bloc and China will be a key one in the coming months and years, and Merkel seems keen to make the most of the next six months at the helm of the EU Council - focusing on agreements and "ambitious deals with China" while acknowledging China as a competitor.

Elsewhere, Portugal's government came to a deal with the Lisbon-based airline TAP, in which it will take a further controlling stake, but avoid nationalization of the struggling carrier.

And there is positive news for the automotive sector out of both China and India today, with Nissan and Hero MotoCorp reporting a glut of recent sales taking them close - or even over - figures from June 2019.

Legal action by British Airways, Ryanair and Easyjet has been canceled, after the UK government announced a list of nations from which arrivals will not have to quarantine. Notable exceptions from the list are Portugal and the U.S.

Greek Prime Minister Kyriakos Mitsotakis announced $3.9 billion of new business support on Friday, as he warned that although the Hellenic economy did relatively well in the first quarter, the lack of tourists will be felt later in the year.

Italian prosecutors accuse oil conglomerates Eni and Royal Dutch Shell of knowing that their 2011 buyout of a Nigerian oil field would result in corrupt payments being made to politicians and officials. Both companies deny any wrongdoing connected to the $1.3 billion transaction.

The Portuguese government has bought a further 12.5 percent of national airline TAP but avoided fully nationalizing the firm, according to Infrastructure and housing Minister Pedro Nuno Santos. The Lisbon government now owns 72.5 percent, with Portuguese entrepreneur Humberto Pedrosa remaining as the second major shareholder. TAP employees will keep control of 5 percent of the company.

The Central Bank of Ireland warned that further lockdown restrictions could add five percent to the total losses the Republic's economy faces this year. If a second wave were avoided, the bank predicted the economy would shrink by nine percent, while another lockdown could lead to a 14 percent fall.

Nissan said its sales in China in June have grown compared to the same period last year. Despite the pandemic bringing car sales to a halt earlier in the year, Nissan Motors said it saw a 4.5 percent year-on-year increase in sales last month.

The trial of seven airline workers facing charges over the Carlos Ghosn escape from Japan has begun in Istanbul. The MNG Jet staff are accused of people smuggling and failure to report a crime after the flight from Osaka to Istanbul, with the former Nissan CEO allegedly in a large black box.

The UK government and Indian firm Bharti Enterprises have won their bid for the ailing satellite broadband operator OneWeb. Together they will take on Elon Musk's Starlink firm in the race to establish the future of satellite communications.

Video: How is the UK creative sector - from prop designers to musicians - facing up to the pandemic?

Linda Bauld is the Bruce and John Usher chair of Public Health for the Usher Institute at the University of Edinburgh. Ahead of England loosening lockdown to allow bars and entertainment venues to reopen from Saturday, Bauld talked to CGTN about her concerns with what she described as a "risky" decision.

Boris Johnson has asked people to act safely and sensibly. Do you think the UK public has anything to worry about?

Oh, absolutely. The Office for National Statistics estimates that we're still looking at around 20,000 cases of COVID-19 in England each week.

Do you think then that Wales, Scotland and Northern Ireland are adequately prepared for any significant easing of lockdown restrictions?

We've seen a divergence is no longer a four-nations approach. The economy, quite understandably, is being prioritized in England, but that does pose risks for public health. And that's why you see other parts of the UK moving far more slowly.

What are your thoughts about the government's decision in terms of allowing pubs to reopen?

The decision to open pubs in particular on a Saturday is, in my view, the wrong one. There was a letter sent from the National Health Service England to NHS trusts asking them to prepare for this like its New Year's Eve. And that means there's going to be alcohol-related problems.

I absolutely understand the need to get people back to work and businesses up and running because there are harms associated with unemployment and businesses failing.

What advice would you give for people who are looking to head out on Saturday?

Please, please avoid really crowded places because you're putting yourself and other people at risk. Try and physically distance, two meters where you can.

Is it time to allow non-essential international travel?

The countries that have done best out of this are still maintaining their borders in terms of a quarantine.

We have to balance the need to save the travel and the airline sectors of our economy and also not have many more cases that might come into the UK.

This is how many hair salons looked before lockdown... 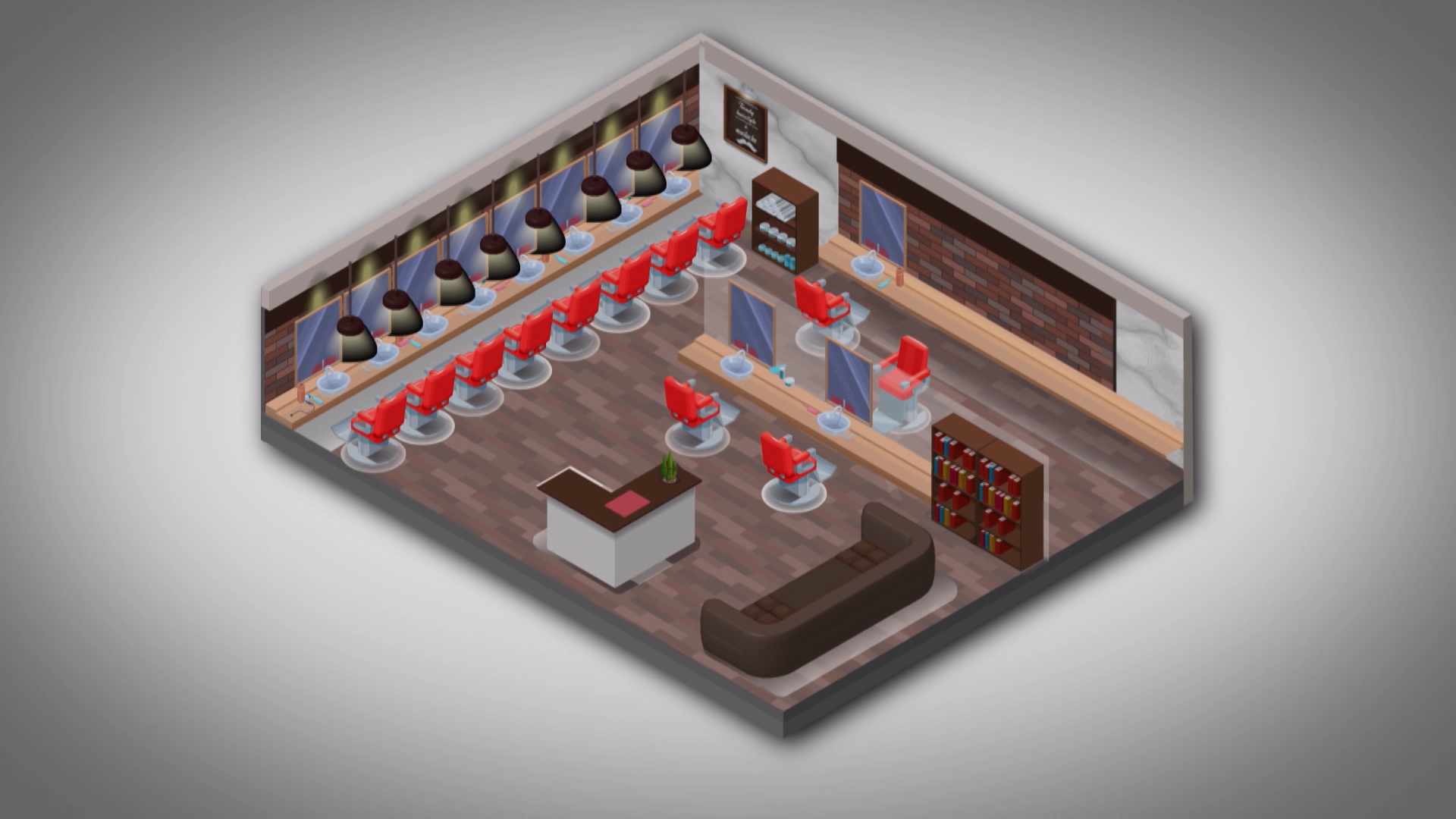 And this is how many will look as they reopen across Europe with plastic partitions and a reduced number of seats. 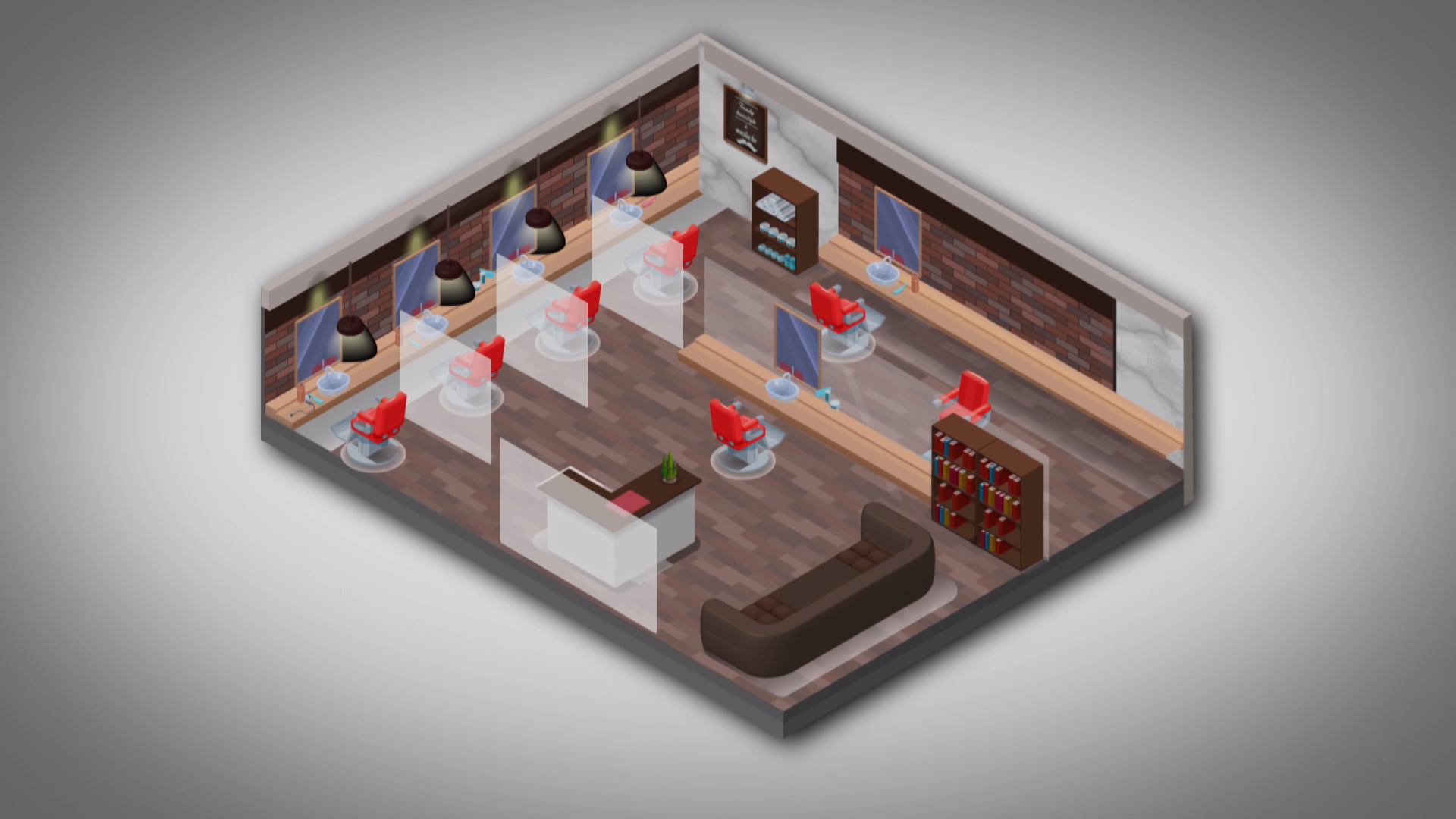