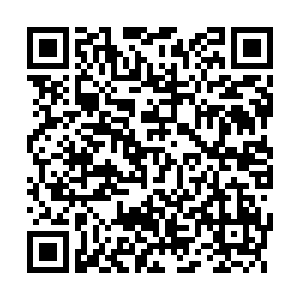 They call themselves Budapest's "street lawyers" – a group of volunteers who provide legal advice to the city's poor and homeless.

They've now restarted their work after the coronavirus lockdown forced them to stop for months, and are finding their services more in demand than ever.

After finishing their full-time jobs for the day, they head to Blaha Lujza square in downtown Budapest where they set up camping chairs and tables and wait for clients.

"I live in a 28-square meter, run-down apartment. There is a lot of mortgage on it, which I couldn't pay, so the bank wants to take my home," client Sandor Szaraz said.

"That's why I'm here, asking for the lawyers' help to prevent this from happening."

Szaraz has all sorts of casual work, but his ability to do it is affected by his deteriorating health.

His already tiny income was halved by the pandemic, and the lawyers say many are in the same boat, and face growing debt or eviction.

"Normally we have a dozen cases in one Friday, but now in the first ten minutes of the legal aid, when we started today, I've counted a dozen people," volunteer lawyer Fruzsina Toth said.

Szaraz's entire pension is spent on his mortgage, leaving him to survive on just $15 a month.

"If it wasn't for them, I'd be homeless by now. Without their legal help, the bank would have taken my apartment," Szaraz said.

In Hungary the homeless are banned from sleeping on the street, and police have the power to move them to shelters.

But during the pandemic, homeless shelters have been overcrowded, with many turning people away.

Homelessness stirred political debate during the coronavirus lockdown, Budapest's mayor wanted to open a temporary shelter in the iconic 18th century City Hall, but the government rejected the idea, saying the UNESCO building attracted tourists, and a homeless shelter would violate zoning rules.

With a shortage of shelters and growing unemployment, the number of people in a precarious housing situation is expected to rise.

And the volunteers plan to be here for them, each week, hoping their service won't be disrupted by a second wave of COVID-19.