- Hungary will not add non-EU European countries to a 'safe' travel list, except for Serbia, despite a request from the European Union.

- More than 1,500 music artists in the UK, including Paul McCartney, Ed Sheeran and The Rolling Stones, have written an open letter to culture secretary Oliver Dowden, calling for the government to support the live music industry.

- The UK government has announced plans for all children in England to return to school in September. The ideas are based on keeping classes or whole year groups separated in "bubbles."

- Germany's chancellor Angela Merkel said Europe was facing the toughest challenge in its history. "We see every day that the virus is not gone," She added.

- Poland's prime minister Mateusz Morawiecki has urged the country's citizens to vote in the second round of its presidential election and shouldn't be afraid of COVID-19 as it has become a disease "like any other."

- The Republic of Ireland's new health minister Stephen Donnelly has said he may recommend a change of date on the resumption of international travel. Last week the outgoing government promised to produce a 'green list' of countries for which a 14-day quarantine would not apply.

- Individuals returning to Switzerland from regions deemed to be at high risk from COVID-19 will be forced to quarantine for 14 days, the government said.

- The football cup final in Denmark, between Aalborg and SonderjykeE, was suspended for 14 minutes after a group of Aalborg supporters refused to obey social distancing regulations. A small number of tickets had been allocated to fans as long as they stayed 1 meter apart.

- Scotland has made the wearing of face coverings in shops mandatory from 10 July. This is now a disease that we could say is like any other, we are only waiting for a vaccine.
-  Mateusz Morawiecki, Poland Prime Minister

More and more Belgian businesses are tacking on a coronavirus surcharge to clients' bills, as they try to offset the extra costs associated with COVID-19 safety measures. The government says that's okay, as long as those businesses don't take advantage.

The Minister of Employment, Economy and Consumer Affairs, Nathalie Muylle, said the costs have to be proportionate and that action will be taken against companies who charge exorbitant prices.

She said the economic inspectorate had received 254 complaints of 'price gouging' since the outbreak began and that more than 400 investigations have been launched.

Education secretary Gavin Williamson has outlined details of the government's strategy to get schools open in September. The plan includes keeping classes or whole year groups apart in separate 'bubbles.' Williamson has reassured parents and families that it will be safe for their children to return to school.

Schools will also hand out testing kits to parents if their child starts displaying COVID-19 symptoms.

As the city of Leicester continues its second lockdown, reports suggest that most infections are amongst children and working-age people but also question the accuracy of the overall data. The UK government is monitoring other authorities, but there are currently no further plans for local lockdowns.

More than 1500 performing artists, including Paul McCartney, the Rolling Stones and Coldplay have written to the culture secretary Oliver Dowden asking for support for the live music industry.

With concerts and festivals unlikely to restart until 2021, the letter warns of mass redundancies across venues, agencies and promoters. 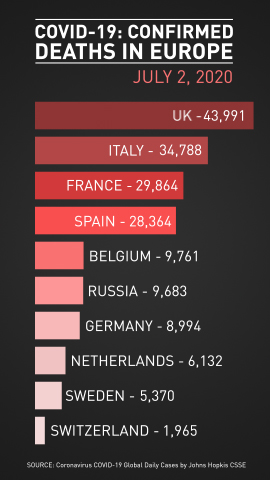 The French health ministry has identified 200 separate clusters of the coronavirus. Speaking to media on Thursday morning, the Minister for Solidarity and Health Olivier Veran reassured the public that "we have all the indicators that show that the situation is under control."

Veran said that "there has been no community dissemination from a cluster, that is to say, that the areas of activity of the virus remain confined to specific places."

In France, the numbers of cases and deaths have been falling for ten consecutive weeks. The worst affected area is the overseas territory of French Guiana in South America, which remains under lockdown due to its proximity to Brazil, one of the world's hardest-hit countries.

Hungary will not be complying with the decision by the European Council to open the borders to the citizens of 15 non-EU countries, Prime Minister Viktor Orban announced via Facebook on Thursday morning. Orban says that only Serbian citizens will be allowed into Hungary.

The UK and four other non-EU states - Switzerland, Iceland, Liechtenstein and Norway - are automatically included as "safe" - but they aren't permitted to enter Hungary either.

Orban says Hungary will make it obligatory for travelers to use "humanitarian corridors," and they must not deviate from these routes.

Meanwhile, Hungarians are pleased with how Viktor Orban handled the coronavirus, according to a new poll.

Polling firm Nézőpont Institute found that 62 percent of people were satisfied with Orban's performance, according to the June 24-26 survey of 1,000 voting-age adults. Less than a third expressed dissatisfaction. 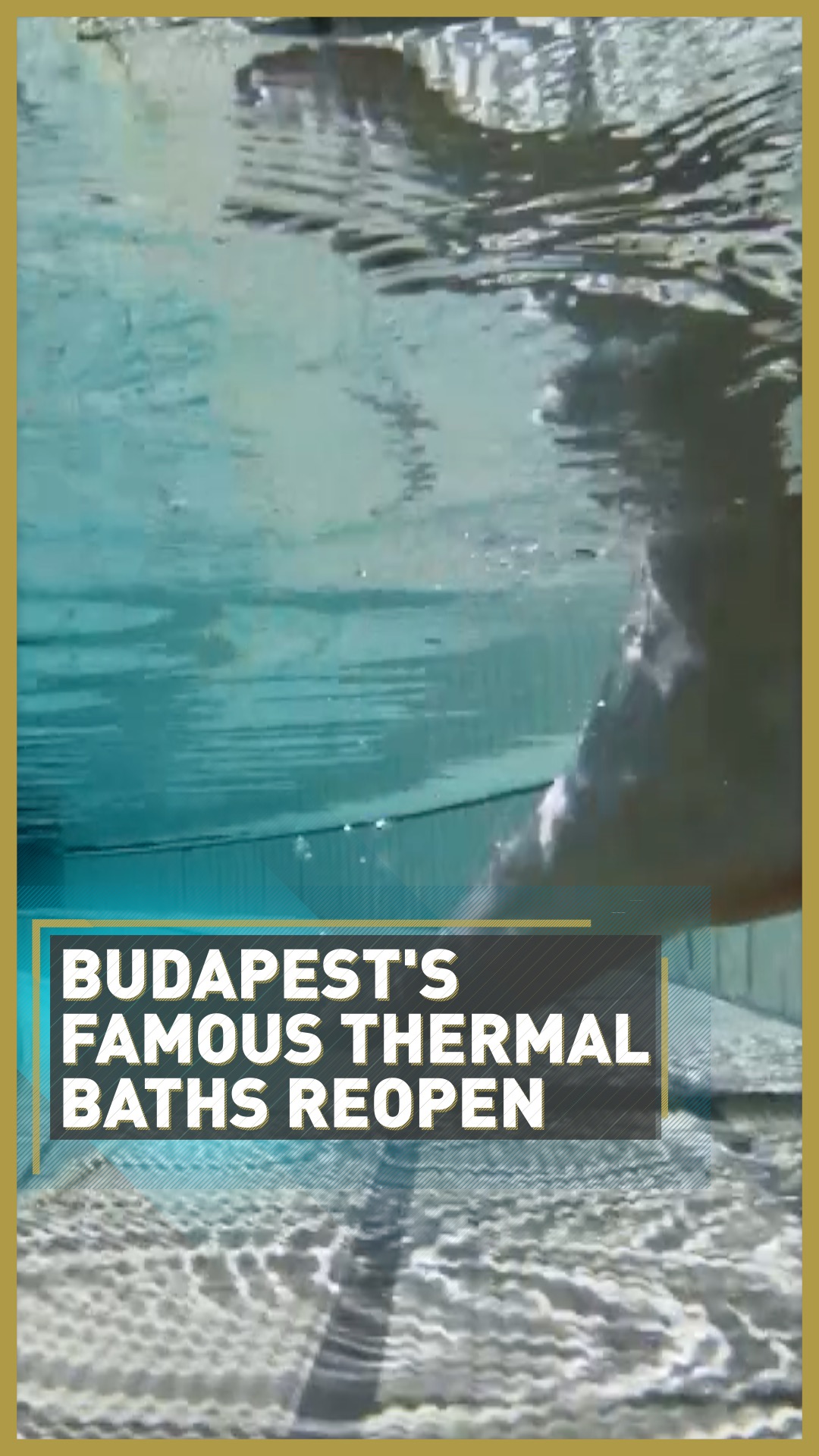