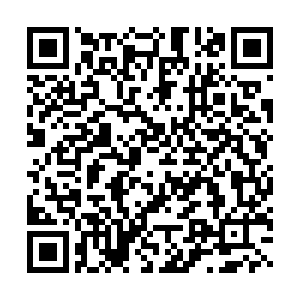 "Judging by the signals coming out of the United States administration in recent days, I think we could have a turbulent period ahead in the context of the U.S. election."

European Trade Commissioner Phil Hogan was pessimistic on the future trading relationship between the U.S. and Europe, telling a webinar in Brussels, "I don't see good positive signals from President Trump in recent days about threatening more tariffs on European products," according to reporting from Bloomberg News.

The prospect of a worsening relationship came as the U.S. last week toyed with the idea of implementing $3.1 billion of tariffs on European goods, from allies including Germany and the UK.

London will be hoping the levies never come to pass, especially as it struggles with its own recovery. UK Prime Minister Boris Johnson earlier announced a "new deal" to help the country recover from the COVID-19 pandemic. However, as our graphic shows below, the level of investment is far from that of former U.S president Franklin D. Roosevelt in the 1930s.

Meanwhile, as large parts of the world – namely Europe and Asia – continue to shape their recoveries from the outbreak, our interview today is with an Oxford professor of environmental economics. Cameron Hepburn stresses the importance of green policies to aid the recovery process. 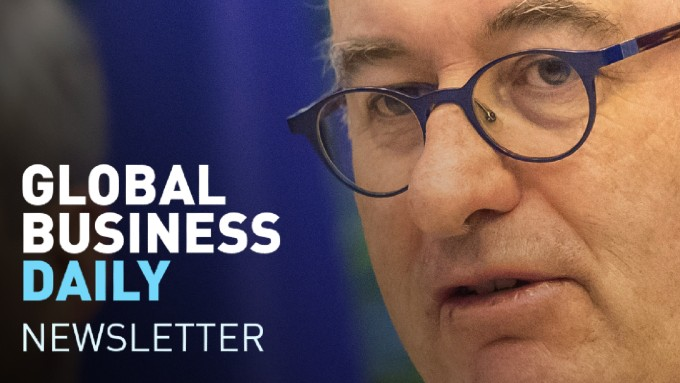 China's manufacturing activity improved in June after anti-virus controls were eased to revive the economy but export demand was weak.

The EU will reopen its borders to travelers from 14 countries, but most U.S. citizens have been refused entry for at least another two weeks due to soaring coronavirus infections in the country.

Around $140 billion offered by the U.S. Congress to small businesses struggling to survive the pandemic is going unclaimed, with the scheme soon to be taken off the table.

Scandinavian Airlines is getting an aid package worth 14.25 billion kronor ($1.5 billion) after an agreement with its main shareholders, securing the carrier's survival amid the COVID-19 crisis.

Air France plans to cut around 6,500 jobs over the next two years, according to Reuters. It also plans to axe an additional 1,000 jobs at its HOP! arm.

Department store, Macy's will lay off more than 200 of its employees across two malls in Maryland, U.S.

Online services Yahoo! Japan and Line Corp. said the fallout from the pandemic is causing delays that will push back their merger to later than the scheduled October date.

Apple, the target of EU antitrust investigations into key segments of its business, rejects accusations of market dominance, with a senior executive citing Google and Samsung as significant rivals.

About one-third (727) of easyJet's UK-based pilots are at risk of redundancy, union BALPA said in a statement.

Britain's economy shrank by the most since 1979 in early 2020, according to official data that included the first few days of the lockdown. Gross domestic product (GDP) dropped by a quarterly 2.2 percent between January and March, the country's Office for National Statistics (ONS) said.

As the aviation industry faces an uncertain future in the midst of the coronavirus crisis, three air travel experts discuss the future of travel and tourism at a live debate hosted by CGTN Europe's Juliet Mann. They talk about the impact of COVID-19 on commercial aviation and what the virus will mean for airlines, consumers and the climate crisis.

Cameron Hepburn, professor of environmental economics at the University of Oxford, co-authored a recent report that highlighted pandemic recovery policies, which could positively impact the economy and climate. He spoke to CGTN Europe's Razor team about the prospects of a post-COVID green recovery.

How has the pandemic changed the perspective on climate change?

The virus immediately shifts priorities, doesn't it? You might have thought it would have led to many people thinking, well, climate change is not a priority now. But I think there's also a recognition that this is almost a warm up for the bigger problem. The pandemic, it's probably going to kill over a million people. But this is trivial compared with the scale of the damage that could come from climate change. It comes slower, but it's going to take us longer to get ready.

To what extent was there a green recovery after the 2008 Global Financial Crisis?

We saw kind of 15, 20 percent, in some cases, in some cases a bit higher, of green response. That was, I think, a low watermark, actually and we'll see much stronger green responses this time, for the reason that the world's ready. We're ready because the Paris deal provided the institutional architecture. And every country, every single country in the world has had to submit a plan to the UN - it's called a nationally determined contribution. And the other point is that now, compared with 10 years ago, the public is much more on board with this. There are strong majorities in all the big economies for a green recovery from the pandemic. And the politicians, you know, if nothing else, they're good at sensing political opinion.

Could countries rely upon already existing fossil-fuel infrastructure to boost their recoveries?

With so much money coming through government spending to stimulate these economies, as I say, it's already scared off ten trillion and global GDP is 80 trillion. Now, if that investment is fossil-fuel infrastructure that's long lived, then, you know, to use a non-technical term, we're soft. And the reason is that we already have enough fossil fuel infrastructure to take us well over two degrees.

UK Prime Minister Boris Johnson compared his 5 billion pounds recovery plan, which aims to kick-start Britain's economy post-pandemic, with Franklin D. Roosevelt's New Deal. The 32nd U.S president's transformative stimulus package helped the country recover from the Great Depression in the 1930s. However, the figures, when taken as a proportion of GDP, show a stark disparity between the two packages.