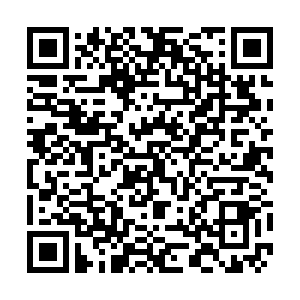 - The European Union has voted against letting residents from the U.S. into their countries. Fourteen countries made the list, which will be allowed to travel to and from Europe when border restrictions are partially lifted on Wednesday. They include Australia, Canada, Uruguay and South Korea. The European Council said it was waiting for a confirmation of reciprocity from China before adding the country to the list.

- Doctors, nurses and other hospital staff in France staged protests on Tuesday calling for pay increases and budget hikes for its healthcare system. The protests come as talks between the government and health workers regarding hospital overhauls come to a close.

- Low-cost airline easyJet says it has begun consultations to close its UK bases at Stansted, Southend and Newcastle. This follows an announcement that nearly a third of its staff face losing their jobs as a result of the COVID-19 pandemic.

- Greece's prime minister, Kyriakos Mitsotakis, has urged the nation to brace for what he calls "a very difficult tourist period" ahead of the resumption of international flights to all destinations on Wednesday.

- The UK government has imposed its first local lockdown, on the city of Leicester, England, after a rise in the infection rate. Government officials have ordered all non-essential shops in the city to close as of Tuesday morning and schools will shut from Thursday in a bid to slow the spread.

- The number of new cases in Ireland has started to increase in a "worrying" trend, according to the country's chief medical officer as they enter discussions about the possibility of halting the easing of further restrictions.

- The UK boss of Europe's biggest holiday company, TUI, has urged the UK government to provide more clarity on its "air bridges" policy, which will allow Britons to travel freely overseas without the need for quarantine on their return.

- Scandinavian airline SAS has given redundancy notices to almost 1,600 employees in Denmark as the aviation industry continues to toil amid the pandemic.

- The Formula One motor racing season begins its season this week in Austria, nearly four months later than its planned start. Drivers and their teams will contend with face masks, hand sanitizer and the lack of spectators when they finally get back on the track.

- Taxi drivers are demonstrating in Madrid as they request a limit on vehicles operating in the city as demand drops due to COVID-19.

- German workers who helped fight COVID-19 have arrived on the Greek Island of Kos on the first overseas flight since COVID-19. The trip organised by holiday company TUI, offered medical staff, police officers and supermarket workers with a free holiday to thank them for their contributions. 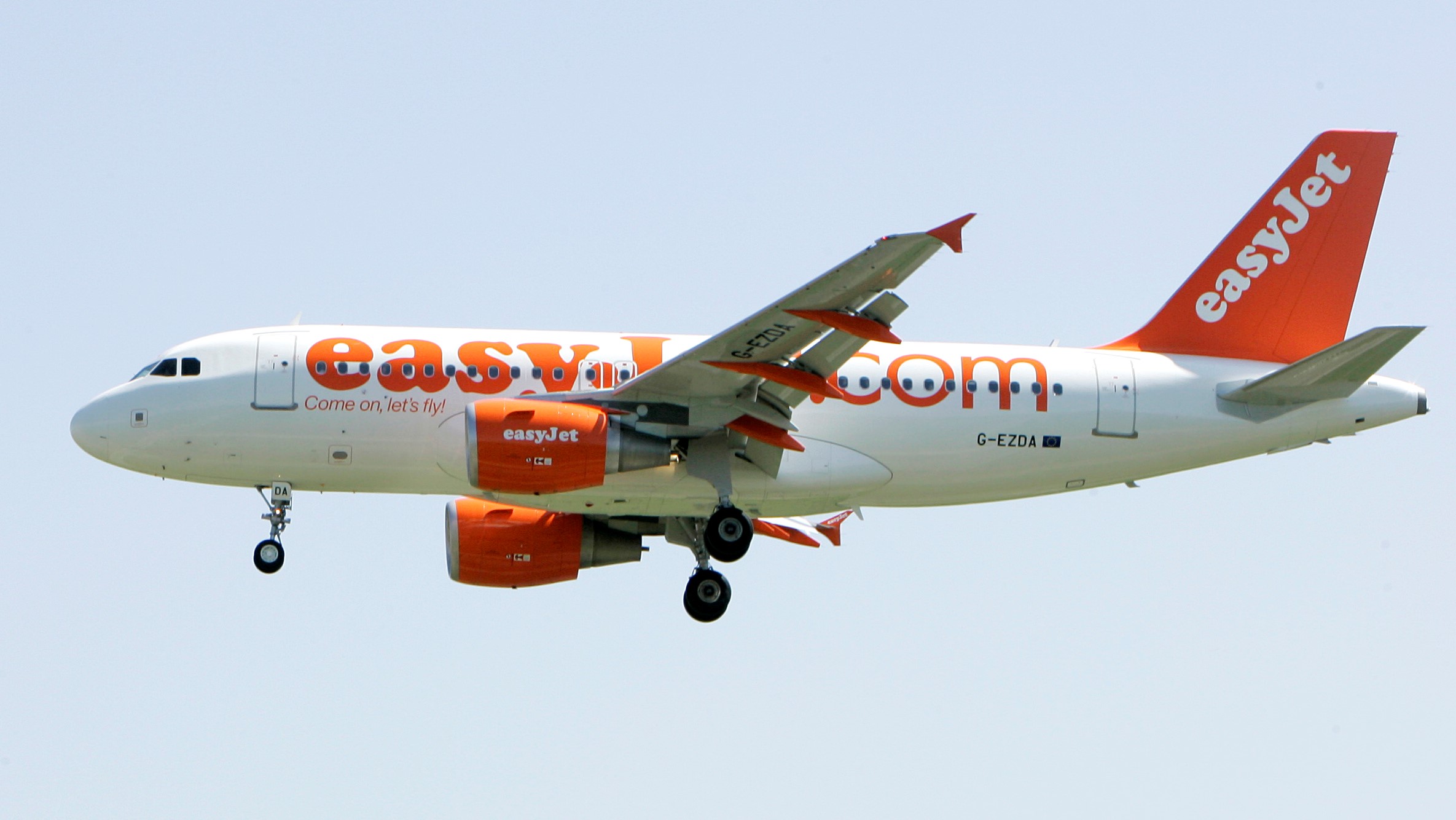 The lower-demand environment means we need fewer aircraft and have less opportunity for work for our people
-  Johan Lundgren, CEO, easyJet

The city of Leicester, England, has been forced back into lockdown after a rise in COVID-19 cases.

The UK government has told all non-essential shops, which had only recently reopened, to shut from Tuesday. All schools in the city have been urged to close before Thursday.

As the rest of the UK continues to ease from 4 July, with pubs and restaurants poised to reopen, Leicester has to stick to its current regime for at least another two weeks to try to slow the spread.

The UK's health minister, Matt Hancock, said: "Given the growing outbreak in Leicester, we cannot recommend that the easing of the national lockdown, set to take place on 4 July, happens in Leicester."

Hancock also urged residents to stay at home as much as they can while the local measures continue.

Meanwhile, the UK boss of TUI, Europe's largest holiday company, has called for clarity on the UK government's "air bridges" policy, which would allow UK citizens to travel overseas without the need for quarantine on their return.

Andrew Flintham, managing director of TUI UK and Ireland, said: "We really do need that certainty, so if mid-week or Wednesday, or whenever it's going to be, if the government can give us that list of destinations we can go to."

French health authorities are continuing to pay close attention to a number of clusters that have been identified in mainland France, despite the pandemic no longer dominating the news headlines.

A major, voluntary testing scheme is under way in Ile-de-France (the greater Paris region) as the health ministry tries to understand better which people now have antibodies and which people have recovered or not had the disease at all.

However, the situation is worsening in French Guiana, an overseas département on the South American landmass, one region in the world where the coronavirus is spreading rapidly and numbers of cases and deaths are increasing. 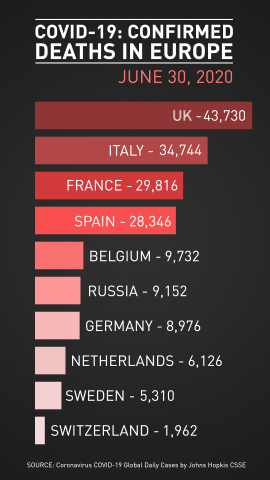 The European Union voted on a list of countries from which citizens will be allowed to travel to the EU.

The recommendation states that member states should start lifting the travel restrictions on these countries on 1 July.

In a move that risks angering U.S. President Donald Trump, his country will not be on the list, but China will, as long as Beijing returns the invitation to EU citizens.

The U.S. is not the only country left off the welcome list. Most of the world is excluded under criteria which requires a country to have an equal, if not better, coronavirus infection rate. The list will be reviewed every two weeks.

The Belgian seaside community of Knokke-Heist is threatening to seal its borders during heat waves after an influx of "disrespectful" tourists during last week's hot spell failed to comply with COVID-19 safety measures.

Mayor Leopold Lippens said the town was "invaded by visitors" from major cities in Belgium and northern France. He said the influx of tourists from cities that have been unable to curb demonstrations, parties and other mass gatherings, puts police, social workers and other visitors at risk of infection.

The vast majority of visitors arrived by train and the municipality has accused the rail operator, SNCB of not having a proper protocol in place to stop the spread of the coronavirus. Lippens threatened to put SNCB on notice.

Slovenia may exclude neighboring Croatia from the list of coronavirus-safe countries as of 30 June, due to a surge in the number of new cases reported in the past several days, according to the government.

A total of 111 have died from the disease.

Romania has also seen a recent increase in cases, with authorities considering whether they need to restrict movement in popular holiday spots such as the Prahova Valley and the seaside. 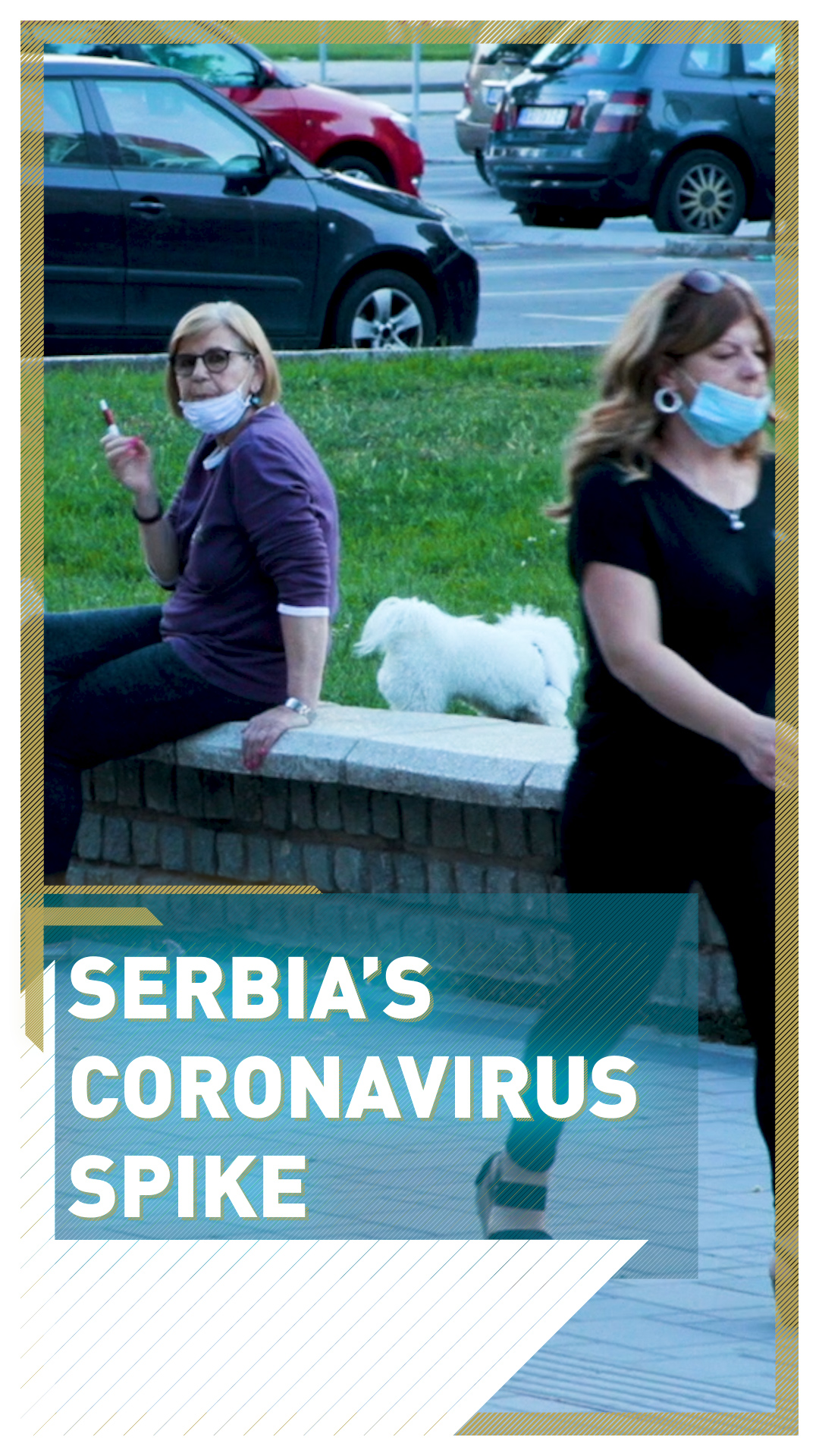 CGTN America: How the gym industry has changed amid the pandemic