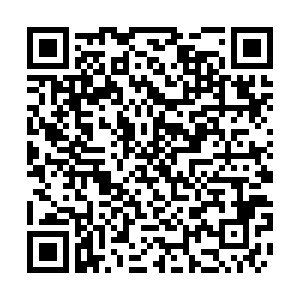 - The World Health Organization's director-general, Tedros Adhanom Ghebreyesus, warned countries during his briefing on Monday that the COVID-19 pandemic is "not even close to being over."

- European Union governments will seek a deal on a recommended travel list for the bloc on Monday, as Europe readies itself to lift border restrictions for the first time in almost four months on 1 July

- Germany's Frankfurt Airport has launched its own walk-In testing center, where passengers can pay for a COVID-19 test and receive their results through an app within hours.

- Overseas visitors to Greece will be required to fill out an online questionnaire, at least two days in advance of flying. This is to judge whether they need to be tested on arrival or not. The questionnaire is mandatory until 31 August.

- Monday marks what should have been the start of the Wimbledon Tennis Championships in the UK. The two-week tournament, which was cancelled for the first since World War II, had taken out pandemic insurance, meaning it will not lose out financially.

- COVID-19 has killed more than 500,000 people worldwide, according to statistics from Johns Hopkins University.

- Greece has extended its ban on flights from the UK and Sweden until at least 15 July. 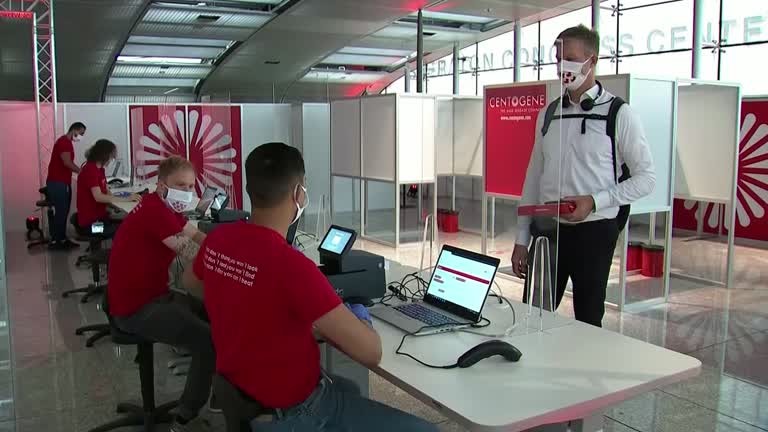 Germany's Frankfurt Airport has launched its own walk-in testing center for passengers. /Reuters

Germany's Frankfurt Airport has launched its own walk-in testing center for passengers. /Reuters

We are convinced that the situation, while the numbers are quite high, is largely under control
-  Adam Vojtech, Czechia health minister

EU governments will seek a deal on a recommended travel list for the bloc today, as Europe gets ready to lift external border restrictions for the first time in nearly four months. Those restrictions are set to lift on 1 July.

Only 14 countries are on the "approved" list, including Canada, Japan, Australia and South Korea. Chinese residents will also be on the list, on the condition they allow European citizens to visit. Americans – a crucial source of tourism receipts – won't be welcomed.

Any recommendations are non-binding, meaning some EU member states could decide to fling their doors wide open. If that happens, Brussels has warned that internal borders could be closed to them.

Belgian lawmakers are considering a bill that would temporarily suspend the requirement for shops to close their doors one day a week. Supporters of the bill say it could help businesses recoup some of their losses, after they were forced to close their doors for nearly two months.

Shops were allowed to reopen on 11 May, but strict restrictions on the number of people allowed through their doors at any one time are still impacting sales. An extra day of business, it's argued, could also help with social distancing by giving shoppers more options for when to shop. If approved, the suspension would be in place until the end of the year.

Meanwhile, Belgium's home affairs minister Pieter De Crem has warned Belgians not to expect any help from the government if they break coronavirus rules while traveling abroad this summer. His comments come after two weekends in which police broke up illegal mass-gatherings. Breaking the rules in Belgium could land you a $280 fine. Repeat offenders also face jail.

Despite a recent spike in cases, Czechia has announced further easing of COVID-19 restrictions.

Face masks will no longer be mandatory on public transport and in enclosed public spaces from 1 July, except in Prague and Karvina, which are being treated by the authorities as a local source of infection.

Sports events and music festivals can be held again with up to 5,000 spectators.

Face masks continue to be mandatory in shops and on public transport in Hungary, but it is not strictly enforced, and many members of the public can be seen flouting the rule.

In Serbia, meanwhile, a leading epidemiological expert wanted to introduce a penalty for those who do not follow the necessary precautionary measures, but the government's crisis team has rejected the idea. 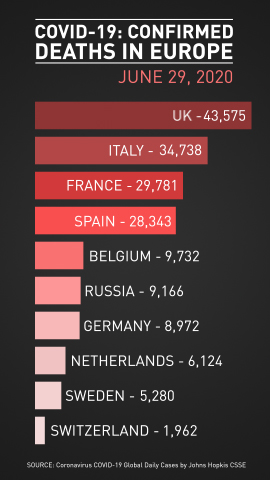 Austria has lifted the general travel warning in place for the entire German state of North Rhine-Westphalia. The warning was a result of the outbreak at the Toennies meat processing company, where more than 1,500 workers tested positive for the virus.

The region of Guetersloh, where the meat processing plant is located, has seen a "noticeable" increase in coronavirus cases in the community, with 75 over the past seven days. However, officials said that may be due to increased testing, as residents currently require negative tests to travel to some other German states.

Bavaria became the first German state to offer universal coronavirus testing, meaning that people without symptoms or possible exposure can be tested. The southern region has recorded the most confirmed coronaviruses cases in the country, with close to 50,000.

The UK government has recommended the city of Leicester remains in lockdown for a further two weeks to try to stop a rise in COVID-19 cases. That would mean pubs, restaurants and other venues would stay shut in the city, even as they prepare to open their doors in the rest of England from 4 July.

The mayor of the city, which is in central England, says he received an email with the government's proposals in the early hours of Monday, with little consultation. Peter Soulsby said he was "angry and frustrated" with how the government has so far dealt with the issue.

Public Health England data show about 866 coronavirus cases have been reported in Leicester in the past two weeks. The issue highlights that local lockdowns and other specific measures to curb COVID-19 will be a fact of life in the coming months, despite most of Europe easing restrictions. It's also going to lead to yet more questions for Boris Johnson's government and its controversial handling of the pandemic. 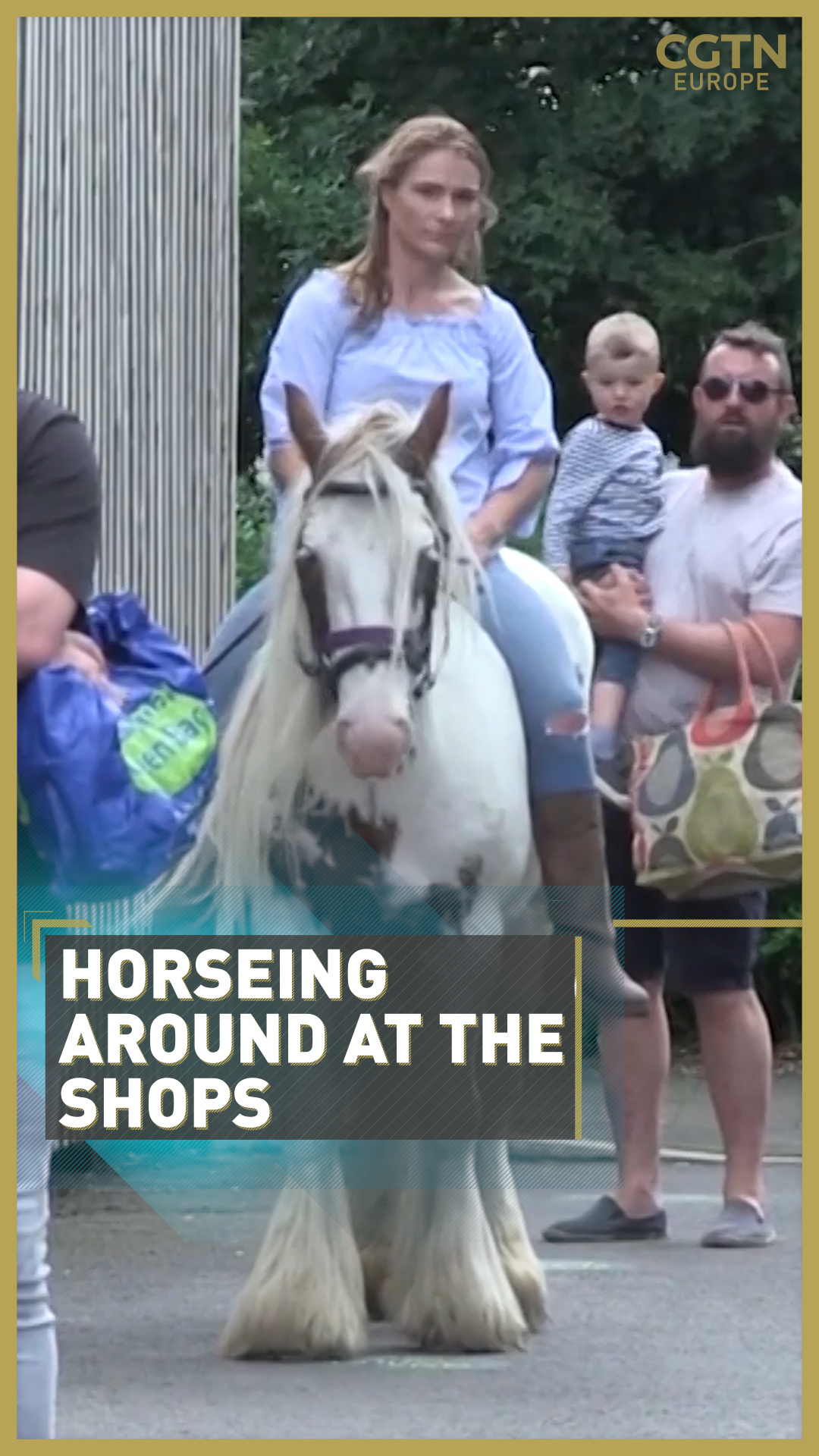 Italy's president, Sergio Mattarella, paid tribute to the dead of the province of Bergamo on Sunday, home to one of the worst COVID-19 outbreaks in Europe.

In a ceremony at the city's cemetery to commemorate more than 6,000 deaths, the head of state said that Bergamo was "the wounded heart of Italy."

Virus case numbers in Italy have dropped significantly since the peak of the outbreak, In the most recent figures from Sunday there were 22 deaths and 174 new cases. During the past week, Italy has had two reported cluster outbreaks; at a courier distribution center near Bologna and in the country's south, where 40 people tested positive in an illegally occupied apartment complex in Mondragone near Naples.

Attention is shifting away from the virus towards the economy and whether, along with a record European "Recovery" fund, Italy should activate the European Stability Mechanism, an EU-agreed loan with strict conditions attached.

Previously it's been accessed by Spain and Cyprus. Prime Minister Giuseppe Conte is under pressure from some opposition parties to take the EU loan after Germany's chancellor, Angela Merkel, said Italy should think about accessing it in an interview with Italian newspaper La Stampa.