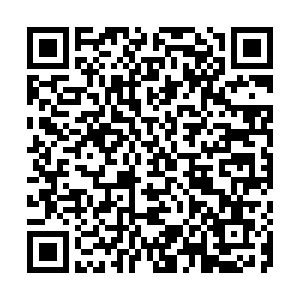 French president Emmanuel Macron was left buoyed by talks with Russian leader Vladimir Putin after they held a meeting via video call on Friday.

Afterwards, Macron's office stated he was "confident" of making progress on several key areas, notably the crisis in Libya.

The president is "confident that we can make progress with Russia on a number of subjects," a senior French presidential official told reporters, citing "a common interest in the stabilization of Libya and the reunification of its institutions."

Macron has pursued a policy of rapprochement with Russia in recent months, after reaching out to Putin over key areas of disagreement, such as its action in Ukraine, in an approach that has discomforted some EU allies.

Their talks came after Macron this week bitterly attacked Turkey's intervention in the Libya conflict, which has tipped the balance away from rebel strongman Khalifa Haftar. 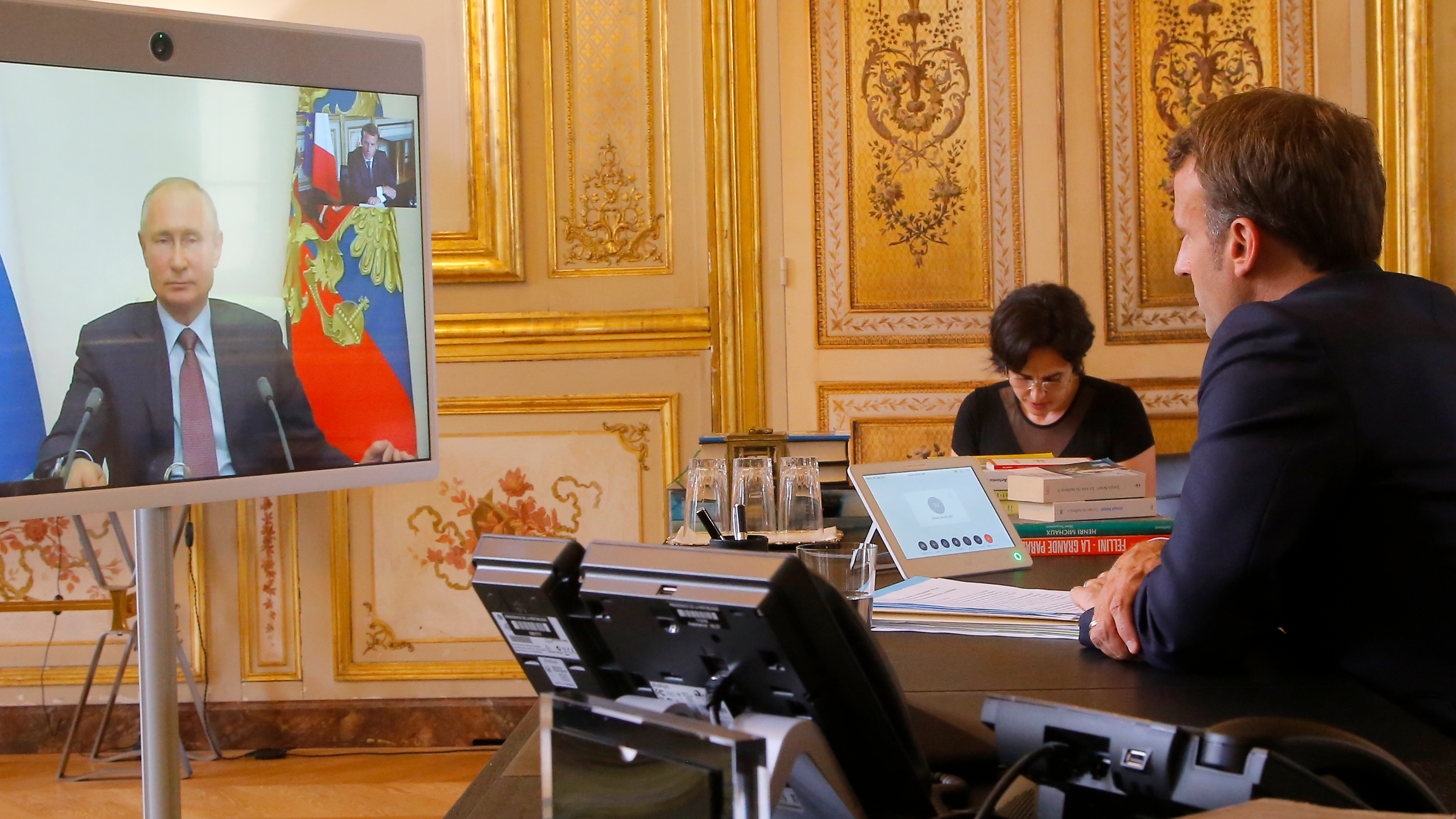 French president Emmanuel Macron and Russian leader Vladimir Putin held talks on Friday, after which Macron's office stated they were 'confident' of making progress on several key areas, notably the crisis in Libya.

French president Emmanuel Macron and Russian leader Vladimir Putin held talks on Friday, after which Macron's office stated they were 'confident' of making progress on several key areas, notably the crisis in Libya.

Russia backs Haftar, and France is also suspected of favouring him - although Paris insists it is neutral in the conflict.

Haftar has endured a series of defeats in recent weeks as Turkey ups its support for the UN-recognised Government of National Accord (GNA), raising doubts about the strongman's future.

In the talks, Macron expressed "all the worries that the reinforcement of the Turkish presence in Libya cause," the official said.

But the official added that Macron also raised with Putin "foreign interference in Libya" including the presence of mercenaries from the Wagner group, a Russian paramilitary organisation reportedly run by a confidant of Putin. 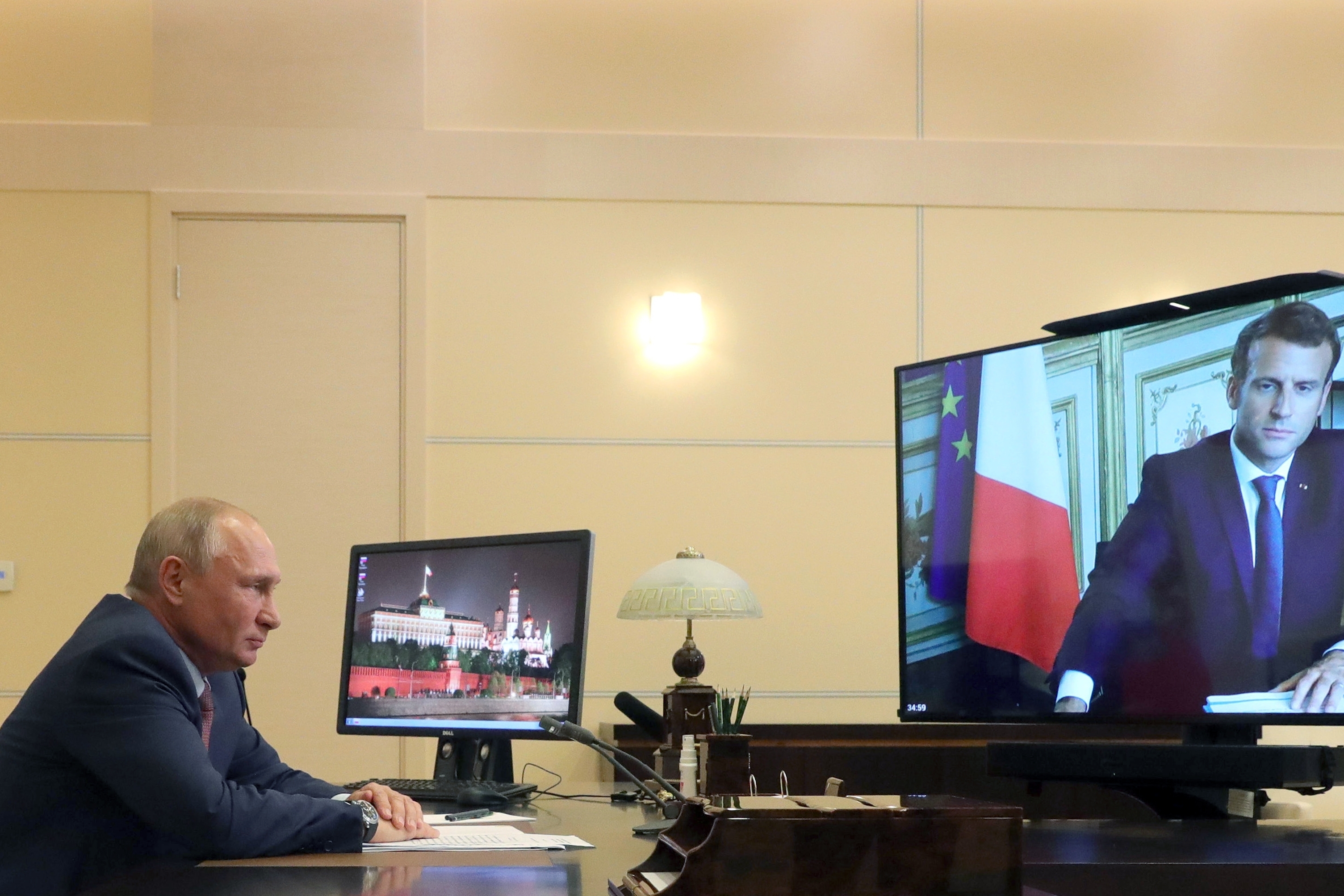 According to the Kremlin website, Putin told Macron: "I know your mindset aimed at organizing joint work on many of these subjects. We will support your proposals in any way possible."

The French official said that during two hours of talks, Putin had also invited Macron to Russia and the French president had accepted, although no date has been set.

The visit would likely take place "in the next months" and "before the end of the year," although the coronavirus crisis would have to be taken into account, the official said.

The French leader had planned to attend events in Red Square last month to commemorate the 75th anniversary of the victory over Nazi Germany.

But that event was cancelled as a result of the pandemic, although it went ahead – without Macron in attendance – in Moscow on Wednesday.