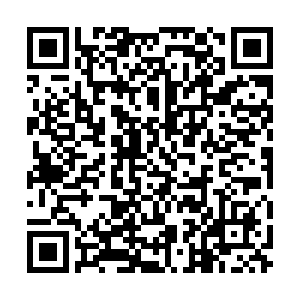 "It [Lufthansa] needs it as a war chest to fight off competition, it doesn't need it to survive."

A strong accusation from Ryanair's chief legal officer, Juliusz Komorek, who expressed his anger at the EU-approved German government bailout of rival airline Lufthansa. Ryanair has vowed to challenge the European Commission's approval of the airline's $6.7 billion recapitalization, as the airline continues to feel the sting of COVID-19.

In fact, airlines around the world have had a difficult year so far due to the coronavirus crisis. Part of the fallout has been a reduction in fleet numbers to reduce running costs and save money. Take a look at today's graphic to see just how many aircraft airlines have axed since this time in 2019.

As you might have gathered, it's Aviation Week here at CGTN Europe and we're bringing you plenty of fascinating news from the industry. Scroll down to watch a clip from our RAZOR program, which includes an animation on air cabin aerodynamics and how to minimize the spread of infection in an aircraft.

Speaking of innovation and change, CGTN Europe spoke to Jo Dardenne, from campaign group Transport & Environment, about the importance of a move towards a green economy for the future of aviation. Read the interview below.

And in other non-aviation green news, some major companies are taking steps to become more sustainable and environmentally conscious. Cosmetics company L'Oreal has said it would introduce greener products and get rid of non-recycled plastic packaging by 2030. While shipping container group Maersk said it is aiming to "decarbonize" the industry and be carbon-neutral by 2050.

Will the future be green?

Auto maker Ford has signed a deal with British telecoms company Vodafone to install a private 5G network at the car maker's electric-vehicle (EV) battery facility in Essex, England. The project is part of a £65 million ($80.9 million) investment in 5G backed by the UK government, according to Ford and Vodafone, and would be among the first of its kind in the country.

Chinese tech giant Huawei has said it received planning permission to build a £1 billion ($1.24 billion) research and development facility near Cambridge, England. The facility will employ around 400 people and focus on the production of optical devices for use in fiber-optic communication systems, the company said in a statement.

German airline Lufthansa's top shareholder has dropped his objections to a €9 billion ($10 billion) government bailout, in an 11th-hour reprieve to the crisis-stricken carrier. Earlier, EU state aid regulators approved Lufthansa's €6 billion ($6.7 billion) recapitalization, which was part of the bailout deal, subject to conditions until the state support is paid back.

Meanwhile, Europe's biggest low-cost airline, Ryanair, is bitter aboutrival Lufthansa's bailout and has said it will challenge the approval by the European Commission. Ryanair has already appealed to the Luxembourg-based General Court against aid granted by France, Denmark and Sweden to airlines that were cleared by EU competition enforcers.

Trying to find ways out of the travel industry crisis, low-cost airline easyJet has managed to raise about £419 million ($520.5 million) through a share placing to help bolster its finances. The new equity will help boost its liquidity to about £3 billion ($3.7 billion), easyJet said, enabling it to survive for many more months even if planes are grounded again.

Greece has warned the European Union that it will open its borders to foreign tourists unless the body decides on a list of safe countries that can visit the bloc. The country's tourism minister, Harry Theoharis, said: "We're hoping ... that the EU will come up with a list of safe countries that will be allowed as well, added on top of the EU countries. If that's not the case, we will come up with our own list."

Scandal-ridden Wirecard is filing for insolvency after disclosing a $2.1 billion financial hole in its accounts, becoming the first sitting member of Germany's blue-chip DAX share index to go out of business.

Fiat Chrysler expects car sales in Italy to fall by at least 35 percent this year due to the COVID-19 crisis, Pietro Gorlier, FCA's chief operating officer for Europe, the Middle East and Africa said. The first half of the year saw a 50 percent year-on-year drop with sales close to zero in March and April, Gorlier said, adding that there were still 450,000 vehicles in stock.

The world's largest cosmetics company, L'Oreal, aims to cut out non-recycled plastic packaging by 2030 and bring in greener products such as solid shampoo bars under its flagship Garnier brand as it steps up an environmental push, the French company's CEO has said.

Danish shipping company, A.P. Moller-Maersk, is heading a zero-carbon drive in the shipping industry. The world's largest container shipper will set up a $60 million research center in Copenhagen with the aim of "decarbonizing" the industry by developing carbon-neutral fuel and technologies. Maersk aims to be carbon-neutral by 2050.

Even as businesses reopen in the U.S., weak demand is forcing employers to lay off workers, keeping new applications for unemployment benefits extraordinarily high and reaffirming views the labor market could take years to recover from the COVID-19 pandemic. Roughly 29 million people in the country were collecting unemployment checks at the end of May.

The Indian unit of British-Dutch multinational consumer goods company Unilever has said it will drop the word "fair" from its "Fair & Lovely" range of products, which have long been criticized for promoting negative stereotypes against people with darker skin. The company said it would be removing the words "fairness," "whitening" and "lightening" from its products.

With people starting to get back in the air, research has shown that current air cabin aerodynamics may be increasing the risk of the spread of COVID-19, as nose and mouth droplets are circulated in the air.

CGTN Europe's RAZOR program spoke to Qingyan Chen, a professor at Purdue University, whose team has come up with a new ventilation system for airplanes that could reduce this risk. 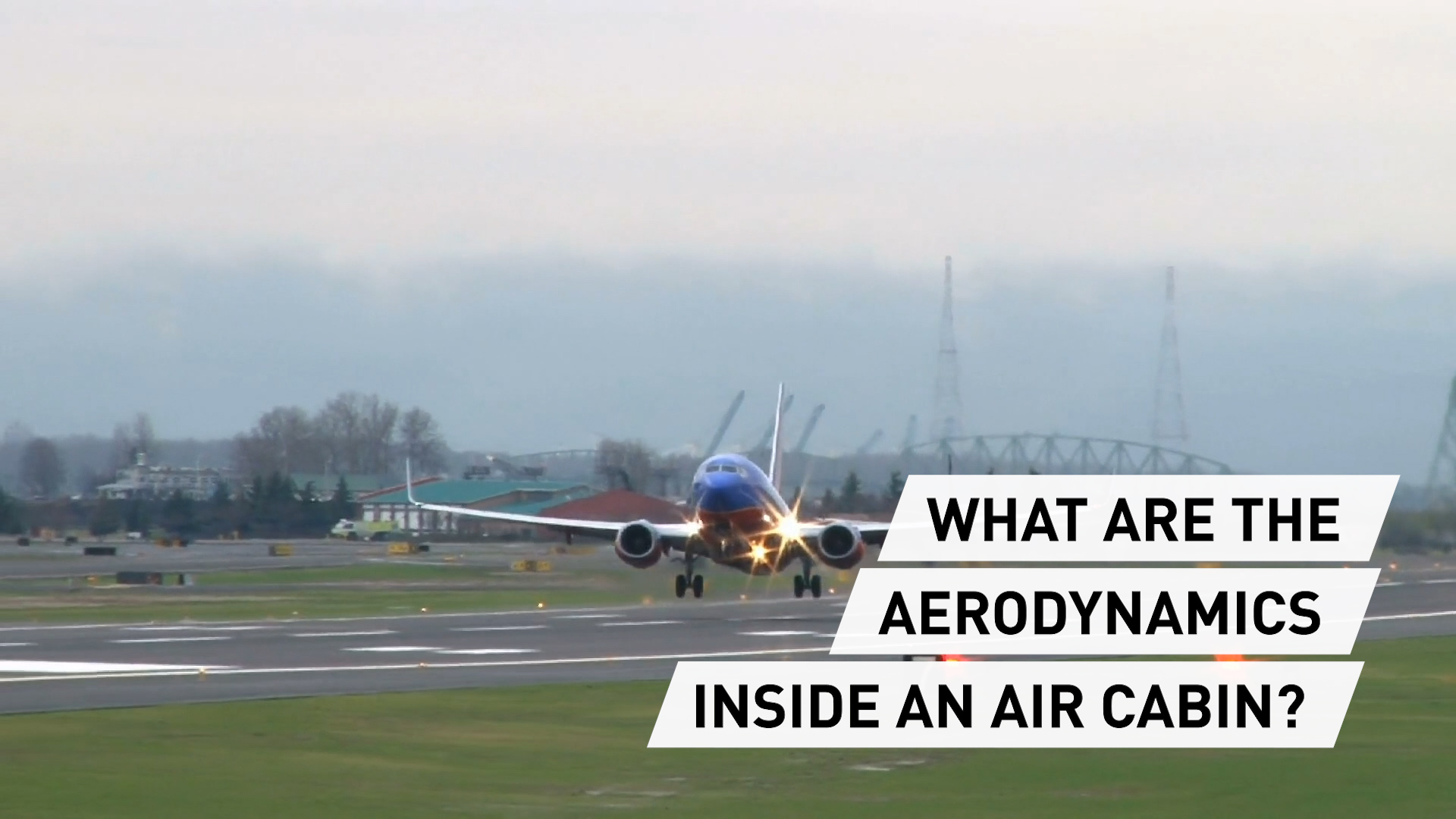 Jo Dardenne is the aviation manager at the Brussels-based Transport & Environment federation. She spoke to CGTN Europe about the future of aviation and the potential for its green recovery.

Is it actually possible for the aviation industry to be sustainable and what changes can it make?

Yes, aviation can be more sustainable and the changes that are needed are up to governments to make sure that after this crisis the sector cleans up. One of the main goals for aviation to clean up is to actually stop burning fossil fuel. And the only way to do that is not only for flying to be better priced and to better reflect the actual cost that flying has on the environment, but also developing and investing in new fuels.

We have fuels that are called synthetic fuels, and these can be actually dropped in planes without any technological changes and don't release actual additional carbon to the atmosphere.

So there are some new technologies then, but the industry has been criticized for not moving fast enough to take these up and to go green. How seriously has it taken the issue up to now?

I think the problem lies with governments failing to actually address the sector's sustainability. I think the main concern is that governments have failed to integrate the negative costs that aviation has on the environment in the actual price of the ticket. Airlines today don't pay a single cent of tax on the fuel that they use, whereas us as individuals pay tax on the fuel that we put in our cars.

So, now, especially with this crisis, when we see a lot of our tax-paying money being used to bail out the sector, it's critical for the aviation sector after this crisis to pay its fair share and to contribute its fair share to the fight against climate change.

And alongside that, though, are there any particular technologies that airline companies can be pursuing in order to go more green?

The main focus should be on on developing clean fuels because you can always buy a new, more efficient, cleaner plane, but fundamentally, that's not going to solve aviation's climate problem because the planes that are flying now today in the sky will continue to fly for decades and decades.

So the only way to actually clean up aviation is to change the fuel that they're using, so using a cleaner fuel and stop burning fossil fuel. And as I said, synthetic fuels are the best option today for airlines.

How valid is the strategy of carbon offsetting? How much does that actually make a difference?

The trouble with carbon offsetting is the principle. It's like if you commit to going on a diet and actually pay someone else to go to the gym for you, for you not to do any of the heavy lifting.

I think we're in a situation now where a lot of governments and a lot of sectors are committing to clean up. So there's no place for offsetting, everyone has to contribute, including aviation.

Do you think the airline industry can survive a move to a greener world and what will it look like?

I think it has to survive, but the only way for it to survive is to be cleaner. I think the only way for the aviation sector to continue to grow is to be more sustainable and future-proof, because what happens for the next crisis? Will governments have enough funds and money to bail out the sector again?

That's why it's key that the moment now is for governments to attach green strings to any aid that they are giving to the sector to ensure that there is a path for airlines and the industry to follow in order to be cleaner and future-proof.

U.S. airlines continue to dominate the top positions for the largest fleet sizes in the world. But since COVID-19 and its impact on the aviation industry, with flights grounded for several months, most airlines have had to significantly reduce their fleet sizes to stay afloat.

American Airlines, though still at the top of the list, significantly cut its fleet size compared with this time last year, while Germany's struggling Lufthansa airline fell from fourth place in 2019 to fifth place this year after reducing its number of aircraft. 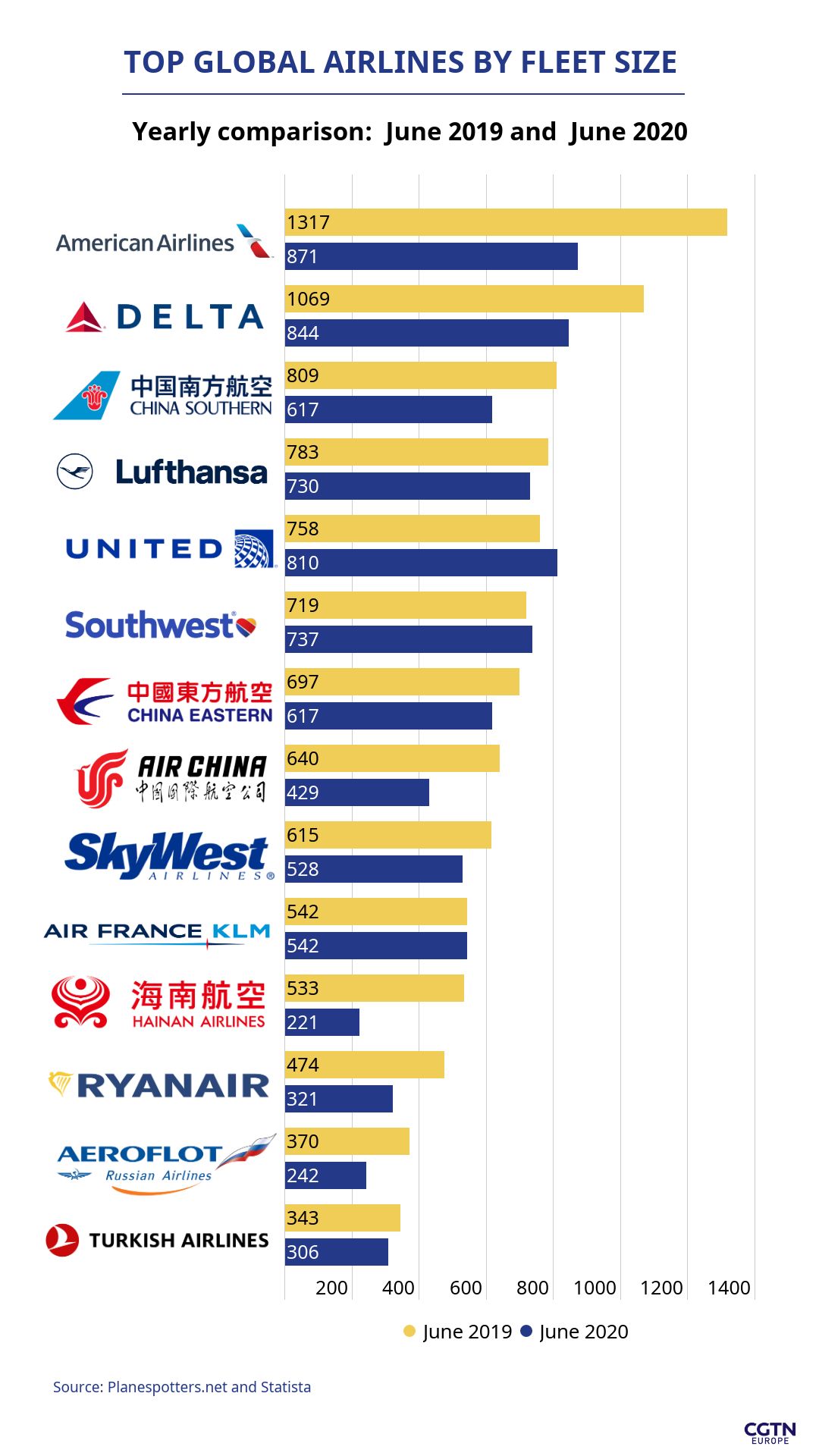