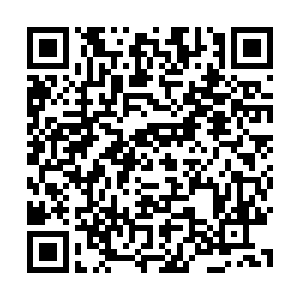 While planes may be returning to the skies as COVID-19 lockdowns begin to be lifted across Europe, the inflight experience has had to change. So what's the new normal?

Will there be the return of the first-class curtain? Will someone be sat next to you on the flight? How will inflight meals change? And just what will happen when you need to go to the toilet? All questions that passengers will be asking as they book their first trip after lockdown.

Cabins have changed a lot throughout the years, and the differences between short-haul cabins and long-haul ones is huge, according to John Strickland, an Air Transport Consultant at JLS consultancy.

"Short-haul flights have become increasingly influenced by low-cost airlines because around about 70 percent of customers travel for reasons of price and low-cost airlines put in largely as many seats as they can, which drives the economics to be able to offer low fares," Strickland explained. 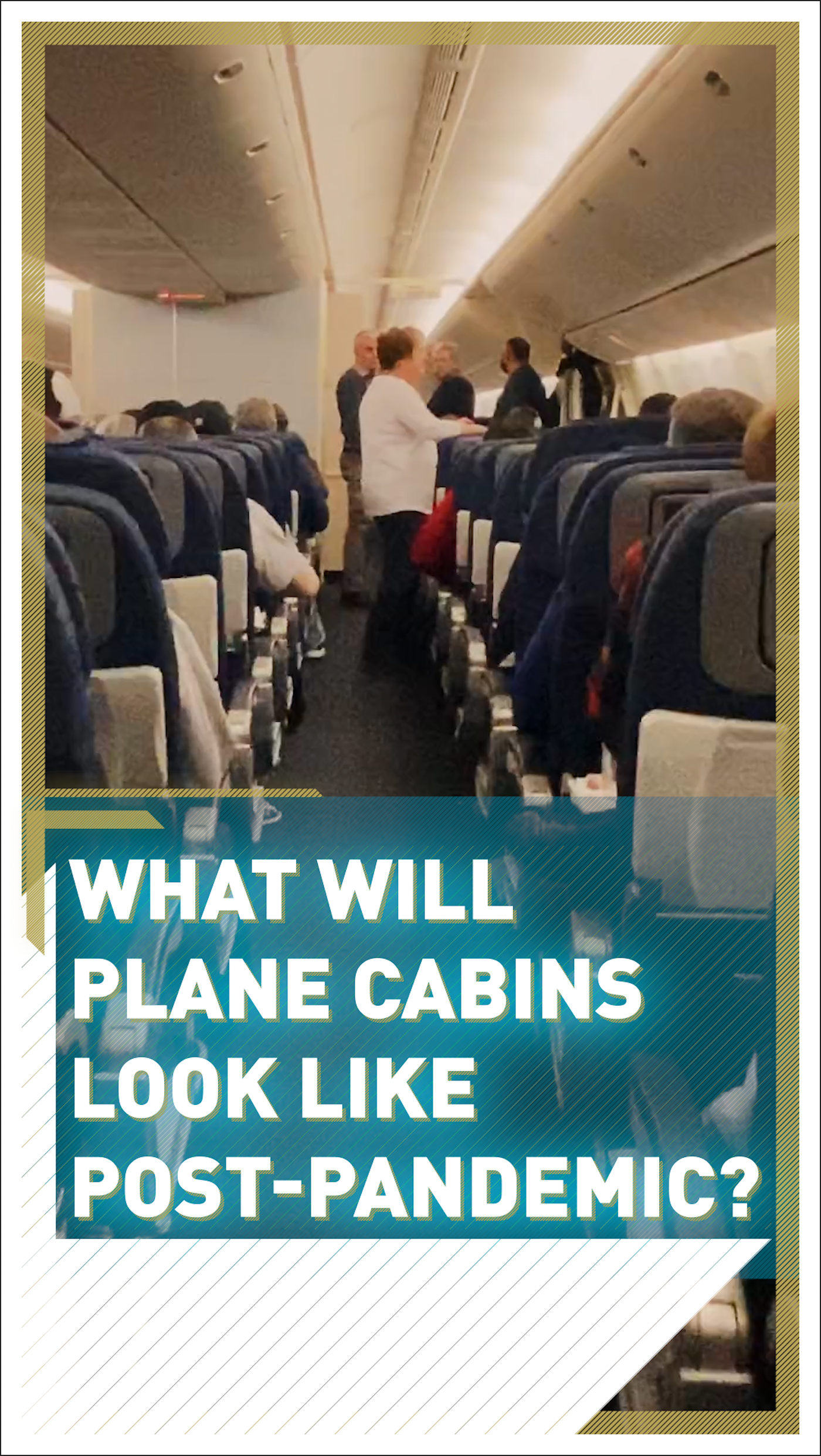 Before the start of the pandemic, European multinational aerospace corporation Airbus announced a concept to completely overhaul its cabins on all aircraft.

Meanwhile airline Air New Zealand has come up with a concept to allow economy passengers to take a nap mid-flight. The "Skynest" would allow people to sleep in pods while only paying economy prices.

Although the design may have to be looked at due to consumer worries about social distancing on flights as a result of the COVID-19 pandemic.

Strickland said changing an airline's cabin configuration is a big decision: "When airlines look at how they configure an aircraft. Both in terms of the number of cabins, a number of seats in each cabin, they have to recognize that the space around the seat is the environment from which they generate the revenue."

He added: "For example, onboard seat choice or window aisle access or other products a customer buys. And once the customer has actually bought their flight ticket, that very much determines the revenue value they can generate in that particular piece of space. Those square meters around the seat. So airlines have to work out the relative selling price between cabins." 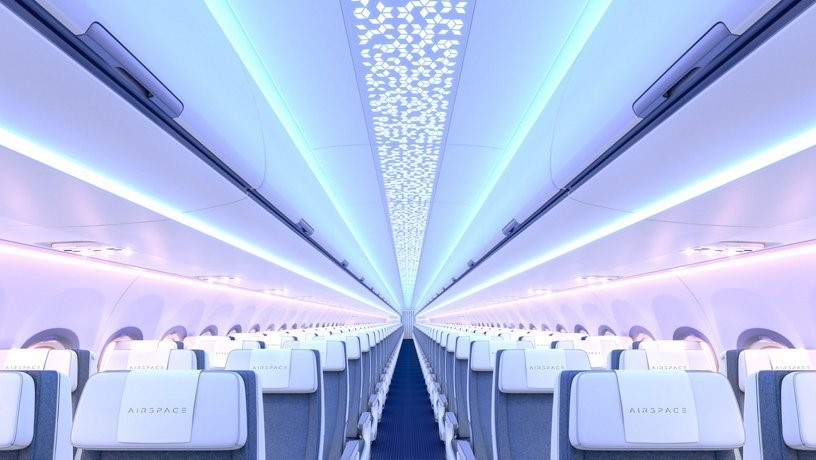 Airbus had announced its 'Airspace' cabin concept, which would allow more space for passengers and a fresh toilet design. /Airbus

Airbus had announced its 'Airspace' cabin concept, which would allow more space for passengers and a fresh toilet design. /Airbus

Will you have to ask to use the toilet?

The big question on many customers' lips, is will they have to call for a member of the cabin crew to go to the toilet on a flight?

Low-cost airline Ryanair has already announced its customers would have to get permission in order to prevent people congregating around the toilets and therefore raising the risk of infection.

"It may work on a short-haul flight, but long haul I think is altogether something different. And, oddly enough, I think the number of toilets and the cleanliness of the toilets is going to be a key driver of the return of demand on long-haul flights," Strickland said.

Other options airlines have looked into include in-flight janitors to ensure the toilets are cleaned on a regular basis, as well as the use of ultraviolet light to continuously, automatically disinfect them.

Could we see the return of the first-class curtain?

With customers now wanting as much safety and security as an airline can offer, there have been calls for the return of the first-class curtain to form a barrier between sections of the plane.

Strickland sees this as a viable option: "Cabins on long-haul flights tend to be divided by physical obstacles on aircraft anyway. Typically, where the galleys are allocated or where the toilets are and sometimes curtains are put between, maybe they have to be flimsy, but they do exist. So there's a sense of a barrier. And if those divides occur at points where there are galleys, for example, cabin crew themselves could even keep an eye to keep people in their correct cabin, so to speak."

He added: "Of course, people want to have a sense of separation and that may be increasingly the case now in the post-COVID-19 environment, where we hear about social distancing." 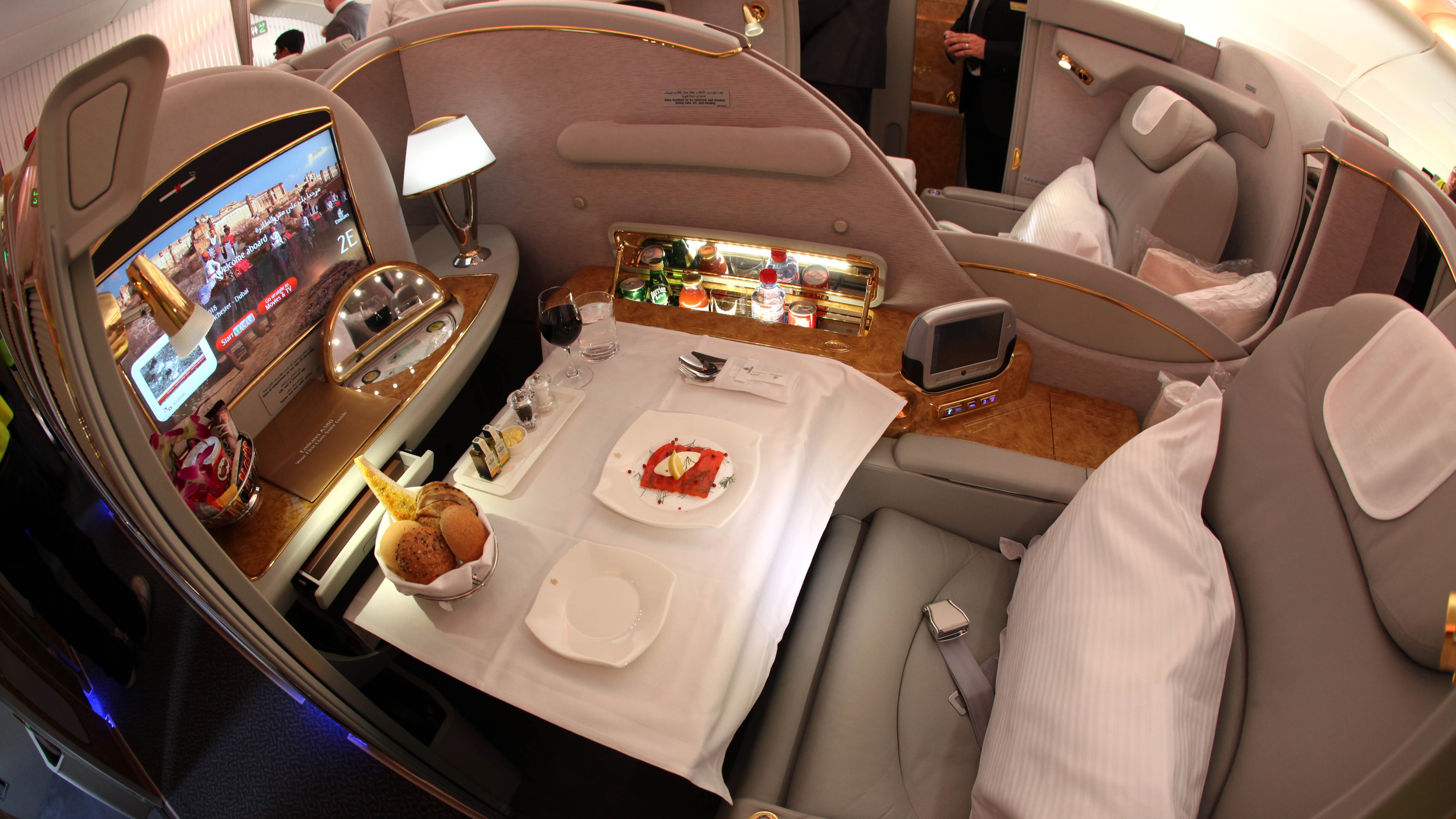 Could we see the return of the first-class curtain? /AP

Could we see the return of the first-class curtain? /AP

Will a middle seat ban be a viable option?

In short, the answer is no, for most airlines anyway, said Strickland.

Even if the middle seat was left clear, a passenger still wouldn't be far enough away from the next seat to adhere to medical advice.

Airlines also believe it is not financially viable for them to just give up a third of their seats.

Strickland said: "To arbitrarily offer a seat free with no increase in margin, from the airlines' point of view, ticket price is not sustainable, because you're basically talking about a third of the capacity coming out of the aircraft and if their levels remain the same, that's an enormous loss of revenue."