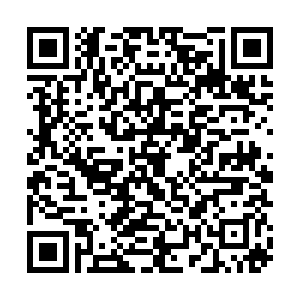 - UK Prime Minister Boris Johnson announced pubs, restaurants, hotels and hairdressers as well as cinemas and museums in England can open from 4 July, when social distancing rules will be eased. The distance people need to maintain between each other will also be cut from two meters to "one meter plus."

- The world's number one men's tennis player, Novak Djokovic, has tested positive for coronavirus following the Adria Tour events he helped organize in Serbia and Croatia this month.

- Bulgaria's prime minister, Boyko Borissov, will be fined 300 levs ($174) for violating an order to wear a protective face mask during a visit to a church on Tuesday, the country's health ministry said.

- Finland's government has decided to scrap travel restrictions for leisure tourists from certain European countries such as Italy and Germany, from 13 July, if infection rates remain at current levels. The 14-day quarantine requirement will also be lifted.

- World Health Organization officials have said that since restrictions have eased, religious and leisure gatherings in close quarters, such as nightclubs and dormitories, are causing cases to increase in countries that had been successful in tackling the virus.

- Spain's King Felipe VI and Queen Letizia visited a Canary Islands beach on Tuesday on the first leg of a tour intended to help rescue the tourism-dependent economy.

- Global coronavirus cases have topped nine million as the U.S., China and other hard-hit countries have reported new outbreaks since the easing of lockdown measures.

- Greece's restrictions on travel and businesses wiped out nearly 99 percent of the country's tourist revenue in April, according to Bank of Greece figures.

- The coronavirus reproduction rate in Germany is currently estimated at 2.76, as of 18 June – a jump from 0.93 on 13 June. The country's Robert Koch Institute said the rise was likely due to local outbreaks.

- A Reuters tally of official data sources has put the UK's suspected coronavirus death toll at 54,089, significantly more than the British government's figure of 42,731.

- French drug maker Sanofi has said it expects to get approval for the potential COVID-19 vaccine it is developing with Britain's GlaxoSmithKline by the first half of next year. And, if successful, it would be available in the second half of 2021.

- The premier of the western German state of North Rhine-Westphalia has put the Guetersloh area into lockdown until 30 June after a coronavirus outbreak at a meatpacking plant there. 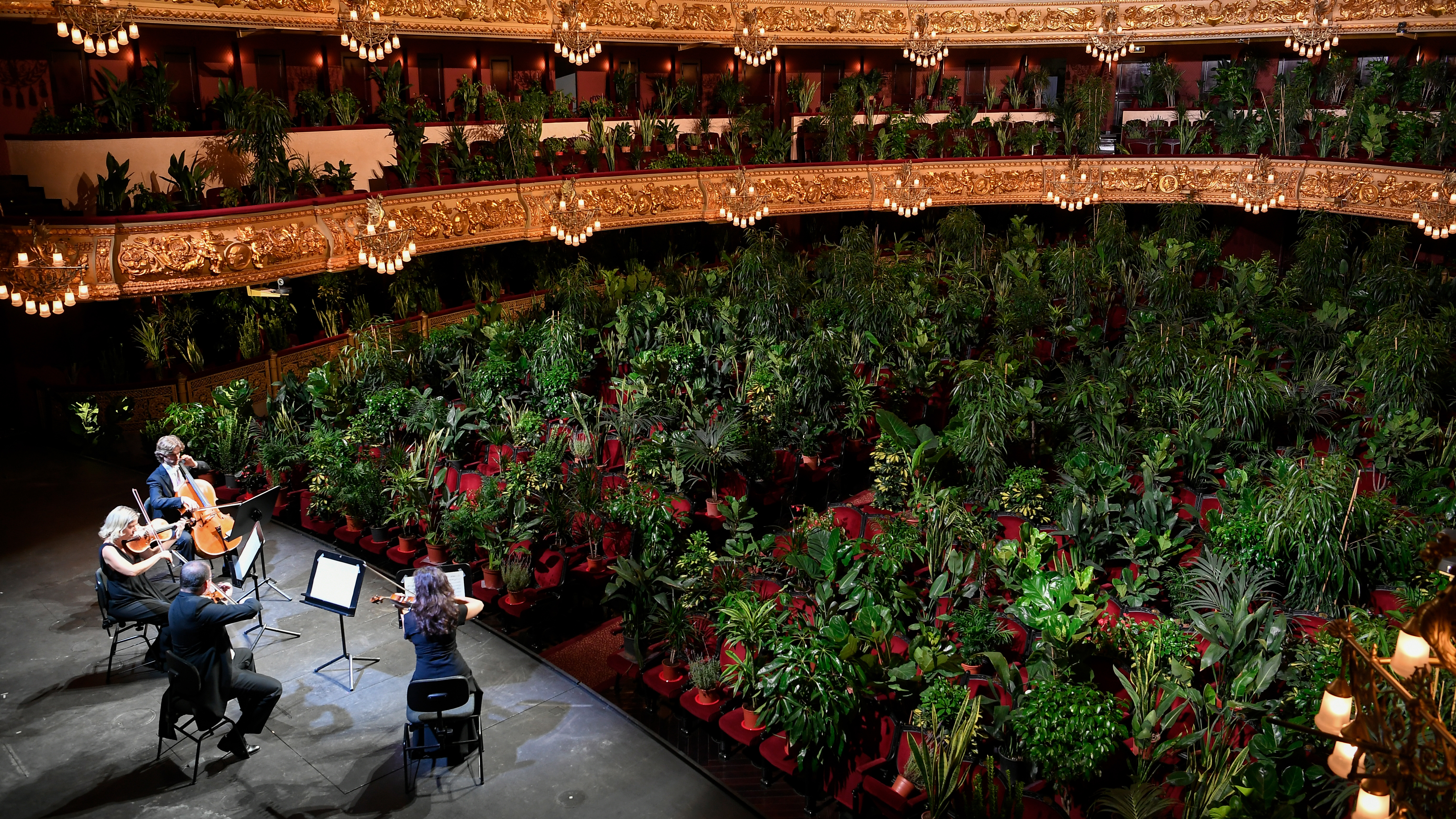 The Uceli Quartet in Barcelona performed for an audience made of plants during a concert created by Spanish artist Eugenio Ampudia. /Lluis Gene/AFP

The Uceli Quartet in Barcelona performed for an audience made of plants during a concert created by Spanish artist Eugenio Ampudia. /Lluis Gene/AFP

The Prime Minister announced a widespread relaxation of measures today including for pubs and restaurants, hotels and guest houses, cinemas, museums and art galleries, from 4 July.

He has also relaxed the controversial two-meter distancing rule in England, to "one meter plus" but only within strict guidelines involving screens, face coverings and ventilation.

Lengthy details for businesses on table spacing, apps for customers to order and the deployment of Perspex screens are likely to follow. Most controversial could be any suggestion of customers being obliged to provide pubs or restaurants with contact details.

Hotels and guesthouses will also face considerations such as the banning of buffet breakfasts, quarantining rooms between bookings and the removal of mini bars.

It's also thought the government is close to agreeing a list of countries that Britons can visit without the need for self-quarantine when they return. France, Spain, Greece, Italy and Turkey are thought to be included.

Johnson also announced on Tuesday that the government would no longer hold a daily news conference on its steps to tackle the coronavirus crisis, instead holding them only to coincide with significant announcements.

Questions are expected to be raised on the balance between politics and science behind today's wave of relaxation measures. 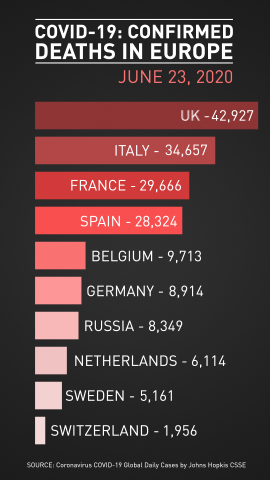 A day after entering the "new normality," a small part of Spain has had to go back to stage two of the de-escalation process following a fresh outbreak of coronavirus cases.

Fifty new cases have been reported in the Aragon region. The decision affects nearly 70,000 in the province located in the northeast of the country.

Going back to phase two means food and drink venues as well as retail stores can only operate at 40 percent capacity. The authorities cannot, however, restrict people's movement as that was a power only available during the state of emergency, which expired on Sunday.

It is thought the outbreak is concentrated in areas where fruit picking takes place, the local director of public health, Francisco Javier Falo, said, adding that new infections were detected "among young people showing no or few symptoms." However, Falo urged people to take this new spike seriously. 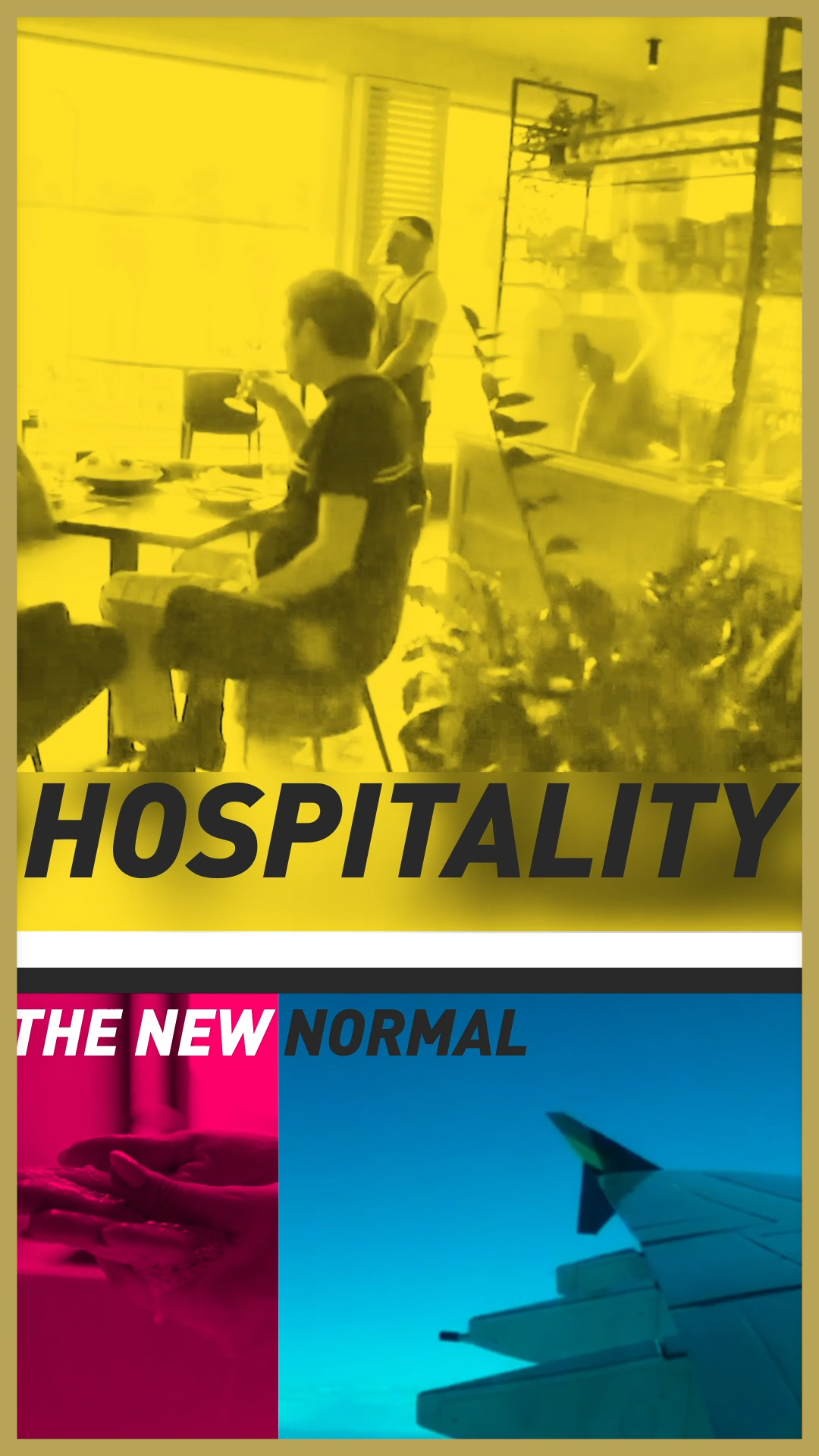 As the government prepares for more employees returning to their normal place of work, leaked plans are said to show that the social distancing measure of keeping at least four square meters around each worker will be dropped in favor of the simpler guideline of maintaining one-meter distance per person.

The same measure was adopted in schools when pupils went back to the classroom earlier this month. France has been urging people to work from home where possible since mid-March.

Face masks will not be compulsory in the workplace unless social distancing cannot be maintained. Mouth-and-nose coverings remain obligatory on public transport. 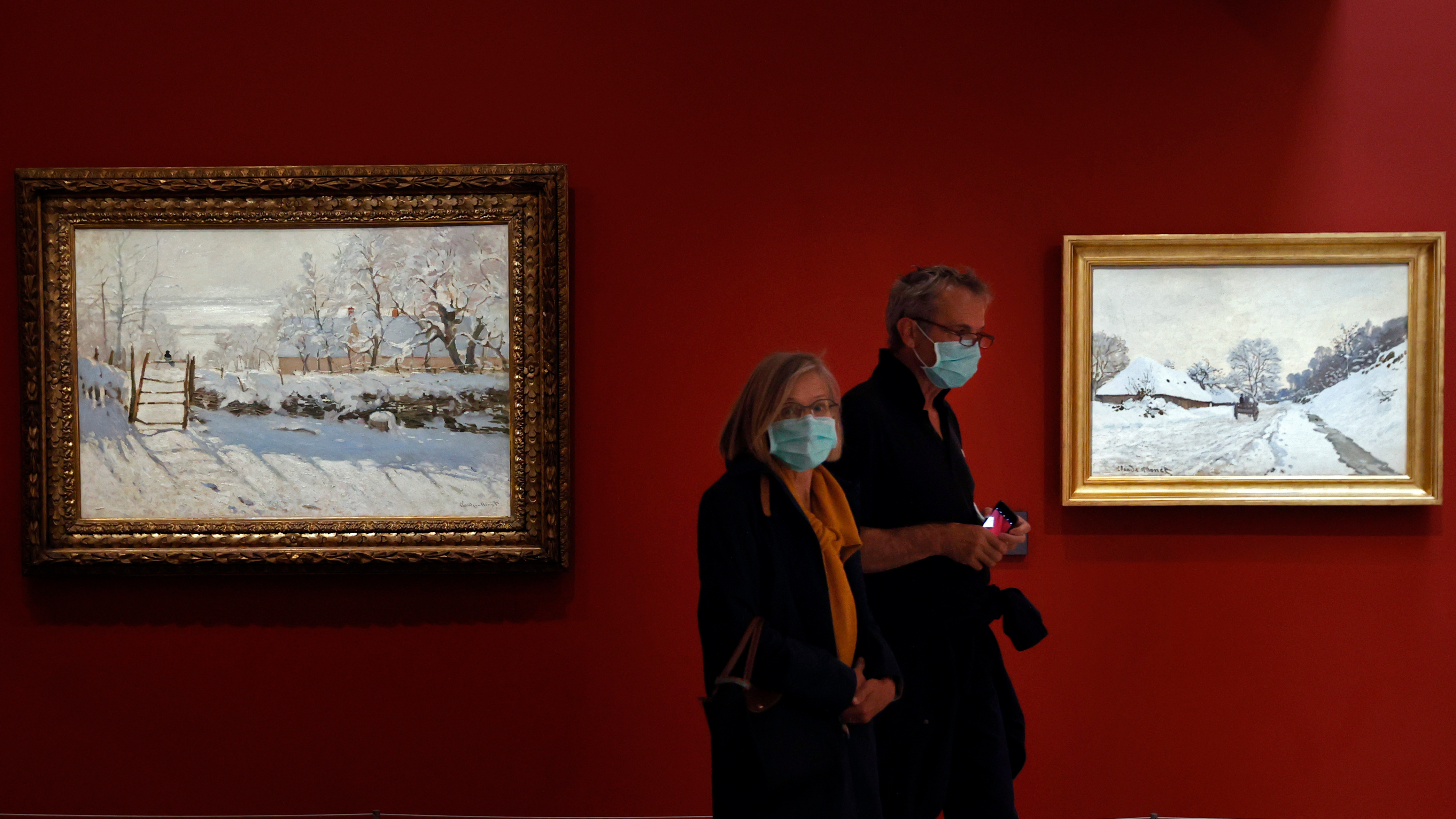 The coronavirus was a test in which Hungary's healthcare did well, however its weaknesses were also demonstrated, Hungary State Secretary Zoltán Kovács told the BBC.

Those deficiencies, such as a lack of supplies, were similar to those in other European countries, he said, adding that the experiences gained could become useful in the future.

Answering a question about the Hungarian government's special powers during the state of emergency, Kovacs said Viktor Orbán's government's power was based on a huge democratic mandate and a two-thirds majority in parliament.

That position enabled the government to take firm and timely action at the time of crisis, Kovács said. He added that Hungary's relatively low infection rate has proved the efficiency of those actions.

Transport between Hungary and its neighboring countries is set to gradually return to normal, with international rail resuming from 1 July, when high-speed trains will run to Germany again every two hours and new trips will be available on the Budapest-Vienna and Budapest-Croatia routes. From 2 July, all Railjet Xpress trains will run.

Belgium has reopened its borders and lifted restrictions on internal travel, but you couldn't tell by hotel occupancy rates. The Brussels Hotels Association said in an interview with Belga News Agency that more than half of the hotels in Brussels still remain closed. And the ones that are open are less than 4 percent full, compared with an occupancy rate of more than 80 percent this time last year.

It is not expected to get much better over the summer. In a best-case scenario, the Association expects an occupancy rate of just 15 percent.

Months of lockdown have left many hotels on the brink of collapse. The iconic art-deco Hotel Metropole, which dates from 1895, is among those facing the prospect of never reopening.

EU car sales are expected to log a record drop in 2020. In a radical revision to its forecast, the European Automobile Manufacturers' Association (ACEA) now expects passenger car registrations to plummet 25 percent.

This effectively means three million fewer car sales in the European Union, which has suffered months of coronavirus lockdowns.

The ACEA said the EU market contracted 41.5 percent from mid-March to May. It expects the situation to somewhat improve in the coming months as lockdown and containment measures are lifted throughout the region.

"Given the unprecedented collapse in sales to date, purchase incentives and scrappage schemes are urgently required right across the EU to create much-needed demand for new cars," said ACEA Director General Eric-Mark Huitema in a statement.