COVID-19, trade and Huawei – What to expect from the China-EU summit
Nawied Jabarkhyl 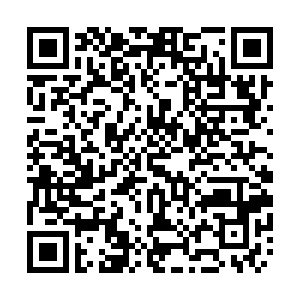 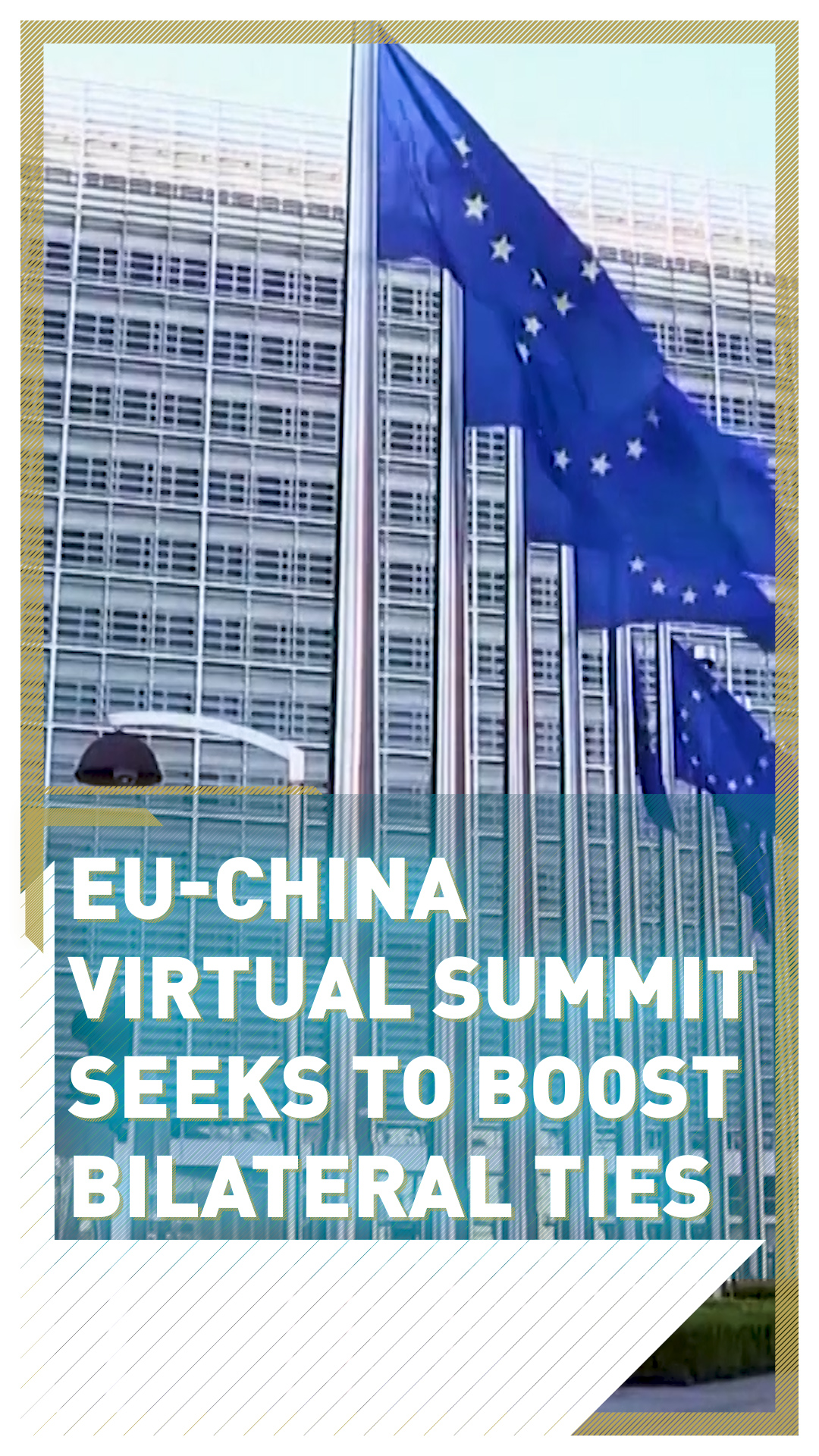 When Chinese and EU officials were set to meet in late Mrach, the world was a very different place.

The months that followed have seen the spread of COVID-19 impacting Europe in a way few other regions have been hit.

But, almost three months since the previously scheduled meeting, the China-EU summit will take place virtually on Monday to discuss the shape of the future relationship between the two.

The video meeting will be attended by Premier Li Keqiang of China and the presidents of the European Commission and European Council, Ursula von der Leyen and Charles Michel.

COVID-19, trade and investment, and the future of the global economy are likely to feature highly.

"I believe this China-EU summit will send a clear signal that China and Europe firmly support multilateralism," said Zhang Ming, the Chinese ambassador to the EU.

"We're both committed to maintaining the stability of global supply chains and promoting reform of the WTO. Both sides also want to improve global governance and promote the recovery of the world economy."

As countries worldwide look to slowly re-emerge from lockdowns, business between China and the EU will be significant.

Last year, bilateral trade was worth almost 690 billion U.S. dollars, according to figures from the European Commission. The EU was China's number one trading partner, with only the U.S. serving as a bigger partner for Brussels.

And it's not just geographically that the EU finds itself between the U.S. and China.

The trade war and growing hostility between Washington and Beijing is having far-reaching effects, with German cars, French wine and Spanish meat firmly embroiled in the row.

Ambassador Zhang says the two sides will be discussing ways they can develop a bilateral investment treaty, but analysts expect there will be pressure from the EU for greater access to China's domestic market for European firms. 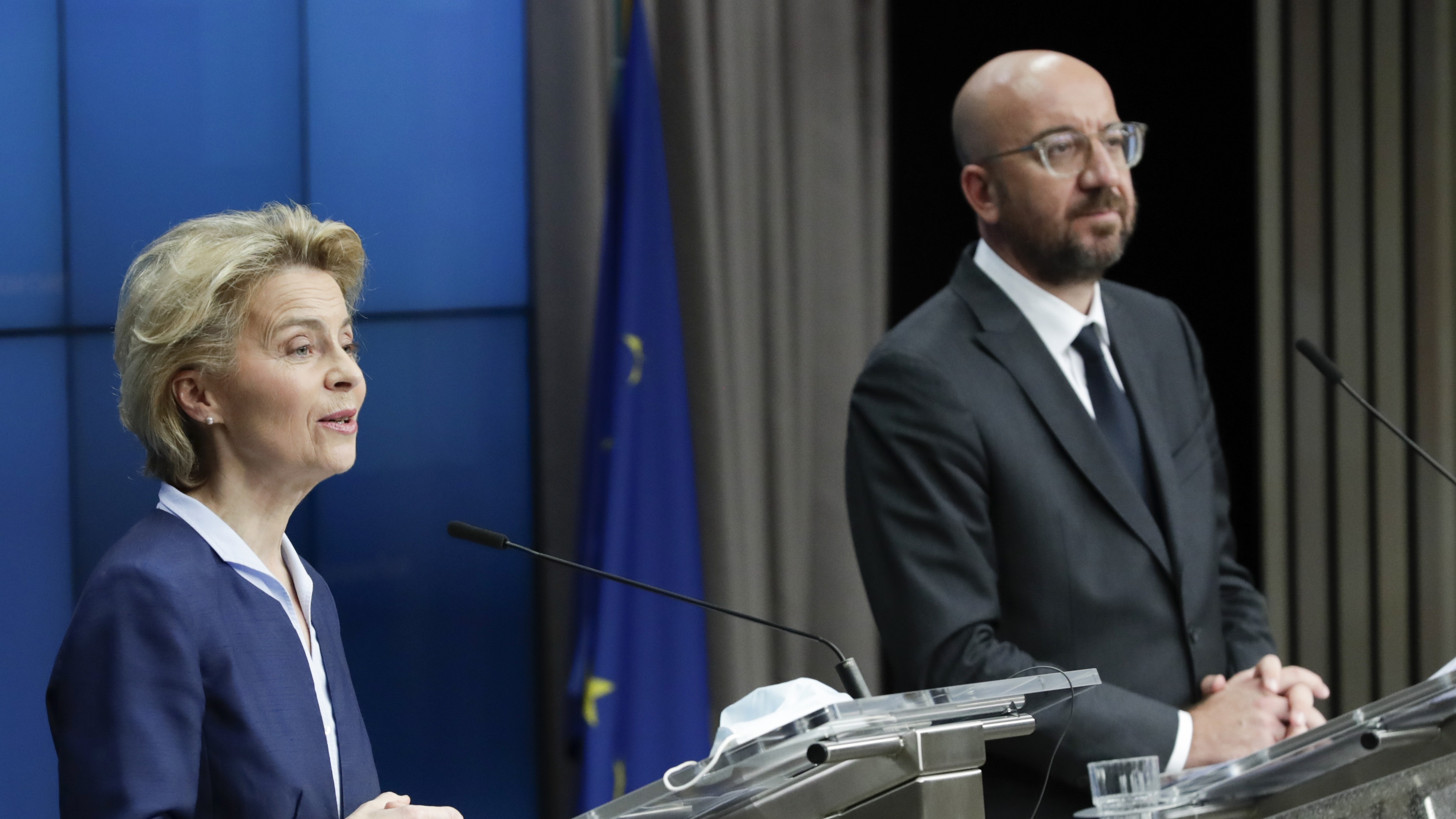 "The EU has shared some of the U.S. frustrations on exports to China and given the weak state of the economies in Europe, finding export markets is more important than ever," said Timothy Heath, a senior international defense researcher at the RAND Corporation in Washington.

"At the same time, China has really valued European technologies and will likely hope to make an effort to secure some access to those technologies, in exchange for some limited market access."

There are other potential hurdles on the horizon. President Trump has urged EU allies to rethink their relationship with China over Beijing's handling of the pandemic.

Earlier this month, the EU published a report blaming China for spreading fake news about the virus in Europe.

China's ambassador hit back at the report, saying there was "no real evidence apart from pinning the label on China," and that "the spread of disinformation has become a challenge to us all."

Huawei will be another major talking point. Washington has called on the EU to ban the Chinese tech giant from playing a role in its 5G networks, saying it could threaten their national security of the EU members.

Both the Chinese government and Huawei have denied the claims and so far, the EU has largely resisted the calls, saying decisions on 5G ultimately lie with member states.

Fundamentally, this summit will see two of the world's largest economies looking to work together on global issues. The pressure from Washington on a range of issues will likely be felt though, even if the U.S. is retreating from the global stage and its multilateral institutions.

For Heath, the coronavirus has made EU countries think twice about where their futures lie.

"I think what we'll see is Europe not necessarily align closely with the U.S. but moving closer towards the U.S. position, at least on issues like Huawei, like human rights, like COVID-19."