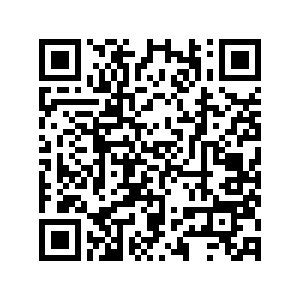 The hospitality industry has been one of the more visible victims of the lockdowns that followed the spread of COVID-19 around the world.

With cafes, bars and restaurants forced to close and the streets deserted, many workers have been furloughed – or have been placed on other job-protection schemes. Business owners and suppliers have faced a difficult situation with produce, including bartenders and publicans who have been forced to throw gallons of beer down the drain. So what is next for the industry?

We asked a chef, a waiter and an industry representative what the lockdown meant for them and what they thought governments and businesses could do in the future to make hospitality hospitable again.

Kate Nicholls is the CEO of UK Hospitality, which represents more than 700 companies in a sector that employs 2.9 million people. In many ways, she is the voice of British restaurants and nightlife, so she has been busy communicating what the industry needs and ensuring the government does not put the sector at risk – either health-wise or financially.

Pascal Aussignac is a Michelin-starred chef, at Club Gascon in London. His group of restaurants, bistros and a delicatessen focus on the culinary style of Gascony, a region in southern France. He's been able to keep working on take-away food from his kitchen, but has been forced to furlough nearly all his staff.

Alpar Bodo is a waiter at Kino Cafe in the Hungarian capital Budapest. After three months waiting at home, rather than waiting on tables, he's glad to be back. But he said restrictions and new regulations risked putting customers off. So, even though it's better than having to rely on his wife to support their family with only one income, it's not quite back to normal. 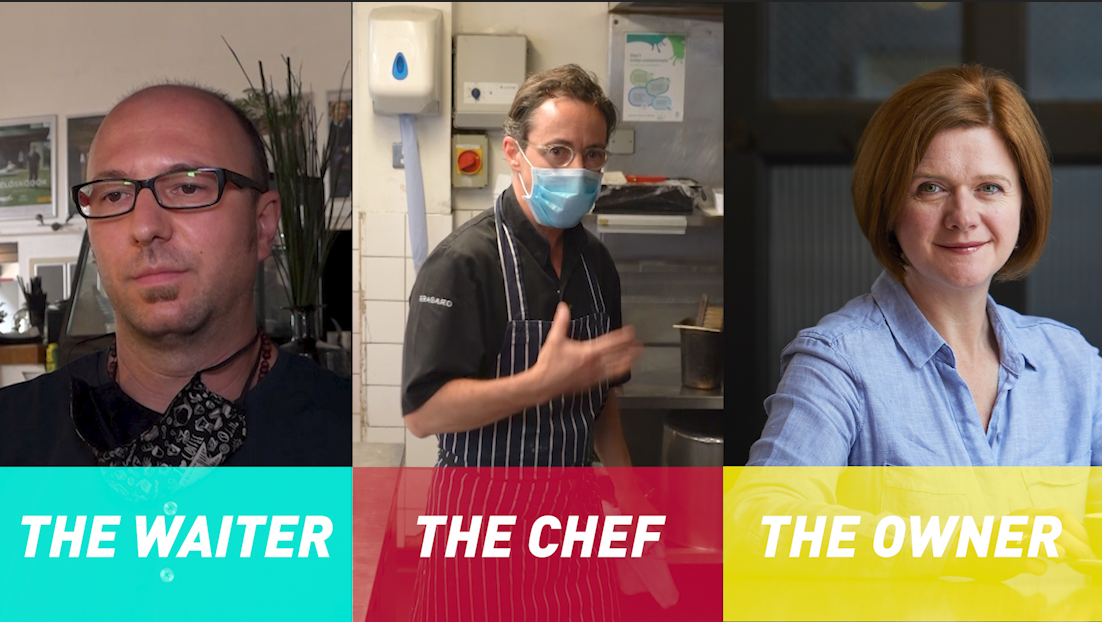 What has been the impact of COVID-19 on you and your business?

Kate Nicholls (the owner):  It's been very challenging. We started feeling the impact of the coronavirus from early February, with international trade down and business travel down. And they've been clinging on with their fingertips as they've gone through a prolonged period with no income. So it really is on life support at the moment.

Pascal Aussignac (the chef):  In the second week of March, we closed the company. It was very emotional and strange. Obviously, you have the furlough scheme to pay staff, but it's not enough. It's going to be reduced to 60 percent and if we have to compensate staff salaries, there is a big danger that we are going to have to say goodbye to some people. This is very sad, but this is the only way to survive.

Alpar Bodo (the waiter): We stayed at home with our families for at least three months. It was a huge problem that our jobs ended. Thank God, my wife could somewhat compensate the sudden drop in our family budget but it was really hard. Many of our team faced severe financial problems. In Hungary, the problem is that we don't really have savings from our salaries.

What has your restaurant done to survive?

KN: We've talked to the [UK] government about about turning the restaurants and turning the pubs and bars inside out as much as possible. Having support from local authorities to deregulate outside spaces and allow people to have pop-up restaurants or tables and chairs with some covers where possible. But ultimately, again, that needs to have physical-distancing and control measures. We know it's safer outdoors. We know people feel more confident going outdoors.

PA: A month ago, we started take-away lunches and you have either the choice between pick-up or delivery and from it you choose whatever you want for your weekend. I think people are cooking a lot at home, but they want some some dishes, which they have no clue how to make. For example, a cassoulet, it's a very old-fashioned stew of duck and pork with beans made specially in Toulouse and in my Gascon area. I'm the ambassador for the cassoulet and this is something you can't do at home. I think it is quite nice for people to pamper themselves because we need to have a bit of love at this stage, especially when you are isolated or where you don't see your family. At least the food should be a good moment for your entertainment, I would say – and pleasing your palate.

AB: Our turnover dropped, a couple of hundreds of thousands forints [$648] just disappeared from one day to another. It was really hard. We tried to update our menu, now we offer less food in order to get started. We really support the idea of reopening, we look forward to guests coming back again.

We have no idea how to make fine dining sexy and good in the future
-  Pascal Aussignac, Michelin-starred chef, Club Gascon

What should governments do to help the food and drink industry?

KN: It is quite clear that with a slow economic restart in hospitality, we're going to need government support continuing in the form of furlough for our workers, support on rents and grants and access to finance until the end of the year. What we need from the government is the scientific evidence of the increase in risk when you drop down to 1.5 or one-meter distance between customers. If we know what the increase in risk is, we can also then work on a series of other mitigation measures. We can open more of our premises and open at a greater capacity so they need less government support.

PA: Furlough is good. You can't deny that it has been a good help, but it's not enough because the London prices, the rents in different parts of London are insane. So, we need to have a rent freeze. And I think this is a win-win because if you're a landlord, a clever landlord doesn't want to have a tenant leaving because he's not sure that he's going to have a new tenant in his premises.

AB: We obey the health safety rules of law. The tables are placed at a safe distance and we wear masks when serving the guests. 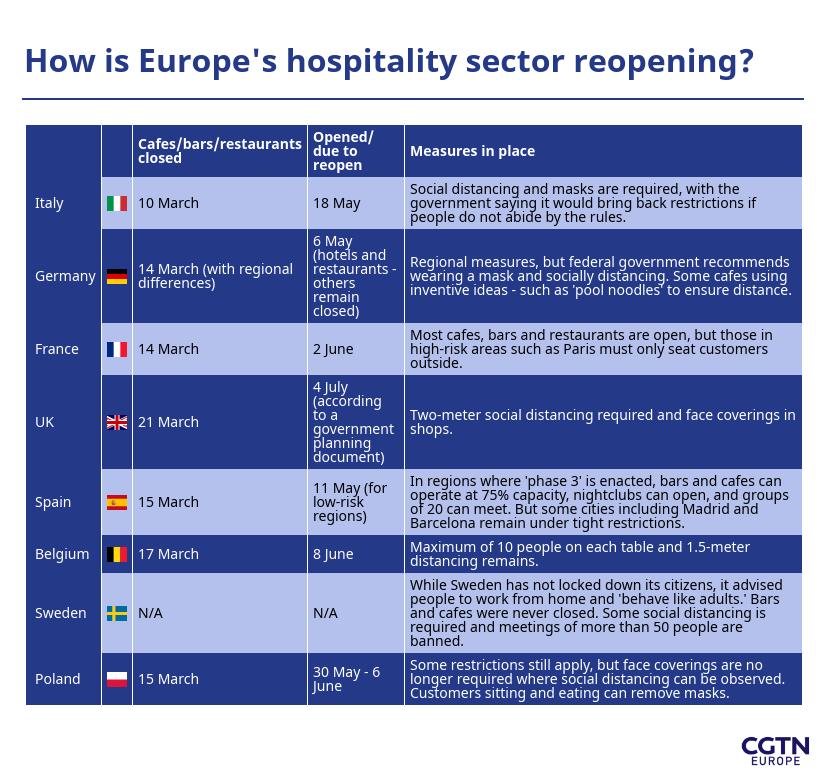 How will this change the business in the future?

KN: I think what customers will see is a greater prevalence of seating, hand sanitizers and hygiene measures on the way into premises and greater space between tables. I think the biggest thing that they will notice, particularly in our pubs, is a lack of informality. So the idea of propping up the bar and having a drink, we're going to have to put a stop to that temporarily and encourage customers to sit down with their drinks so that we can keep our staff safe.

PA:  I think the problem with this is the fact that you will have less, less people in the restaurants. And so it means that you have restaurants closure. You have a lot of restaurants that are going to close. I don't know if it's good or bad. Maybe you had an explosion of too many restaurants in London?

Next year I'm going to do [the terrace in the church yard] again and earlier in the season. That would be a benefit, a good act, because it could be a result on its own with the barbecue scene. That is additional to the restaurant scene.

AB: Some of our guests are not fans of the idea that we serve them in masks – some find it too hospital-like here, but that's it. We are expected to protect both our health and theirs.