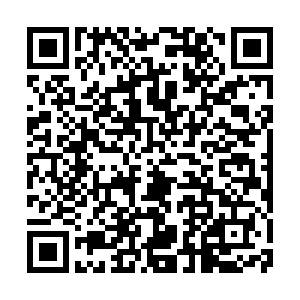 The statue of a famous journalist is at the center of a debate on racism in Italy.

In Milan, anti-fascist activists covered the monument to Indro Montanelli in red paint. Montanelli, who died in 2001 at the age of 92, is one of Italy's most celebrated journalists. He worked for Italian daily Corriere della Sera, and founded the Il Giornale newspaper.

However, protesters are focused on a period from earlier in his career when Montanelli reported for a fascist newspaper during the dictatorship of Benito Mussolini and was then a supporter of fascism.

Subsequently he withdrew his support for fascism and was arrested by the Nazis in 1944, before he managed to escape.

Montanelli had openly acknowledged that during the 1930s, while conscripted in the Italian invasion of Abyssinia, he had bought and married a 12-year-old Eritrean girl.

Protesters daubed "Racist, rapist" on the base of his statue in a central Milan park at the weekend and have demanded the statue be removed.

The statue was covered in paint by protesters. /CGTN

The statue was covered in paint by protesters. /CGTN

In a video message, the mayor of Milan, Beppe Sala, said that "lives should be judged in their totality, not by someone's errors."

He added: "I think the statue should remain there."

This message angered protesters who gathered outside his office in central Milan to voice their displeasure. They held signs which read "Pedophilia is not an error."

"The fact that they are still protecting him now. Without saying the words colonialism, rape, crime, and addressing it to him, is a way to say this is still ok," said anti-racism protester Selam Tesfaye.

"This statue is the statue of a violent oppressor, a colonialist, a fascist involved in rape, and in slavery, so I feel it is completely preposterous that the man gives a name to a park where young girls can go and play," said Angela Riva, another anti-racism protester. 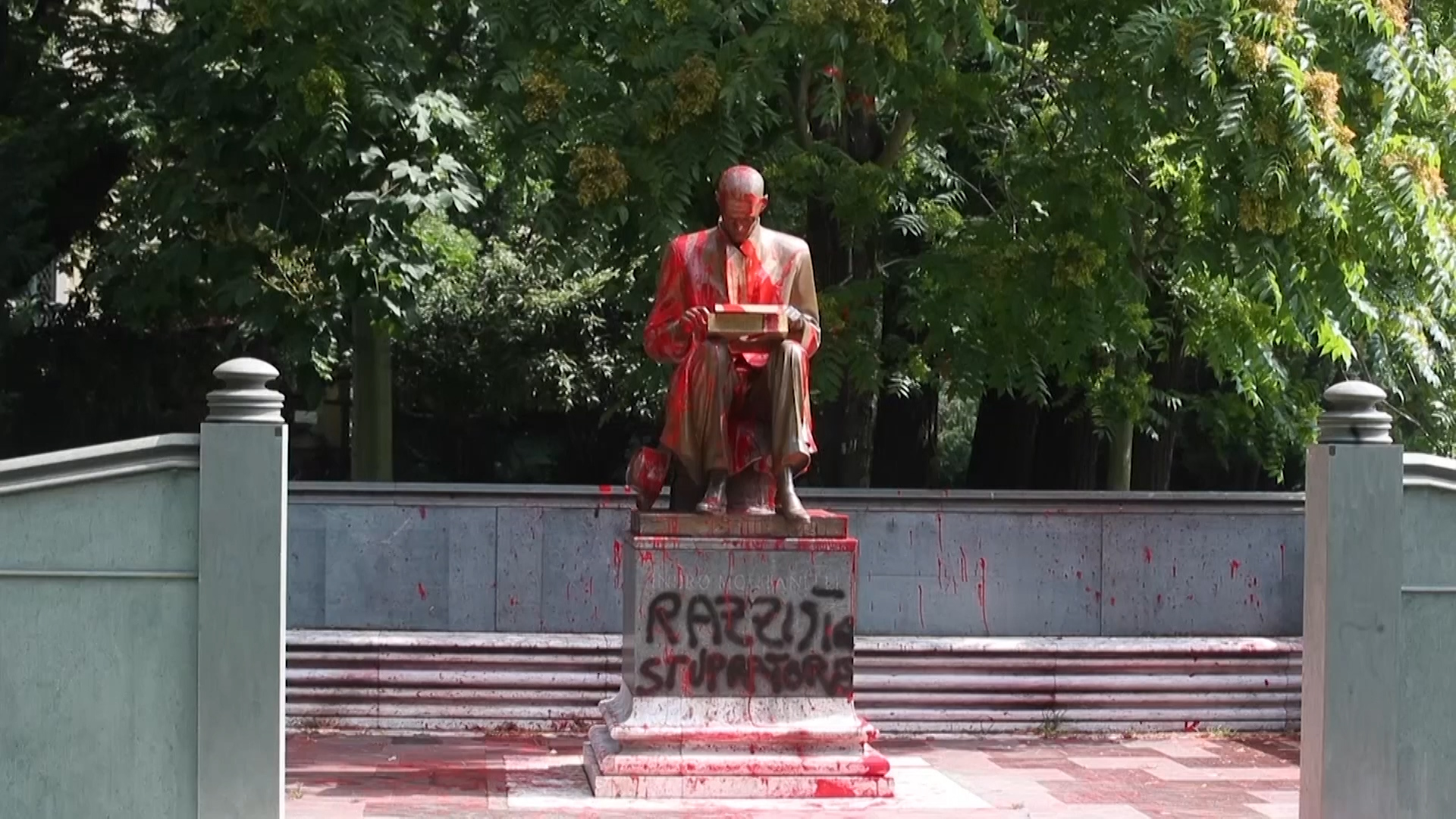 Writing can be seen on the statue, such as 'racist, rapist' among other words. /CGTN

Writing can be seen on the statue, such as 'racist, rapist' among other words. /CGTN

Since the attack on the statue in the park which carries his name, it has now been cleaned and fenced off from the public.

The issue of its removal is very divisive in Italy, as Montanelli still has many supporters and was an influential figure in Italian journalism.

Riccardo De Corato, security councillor for Lombardy, was deputy mayor of Milan when the statue was erected. He said protesters need to put what happened into historical context.

"I believe that racism isn't the point here, because it was 1936 when this happened, another period of history, where in Africa, this kind of thing happened. Montanelli was never a racist. He is a giant of Italian journalism. Evidently you can see this [the campaign to remove the statue] is ridiculous," he said.

Slavery was not abolished in Ethiopia until 1942. 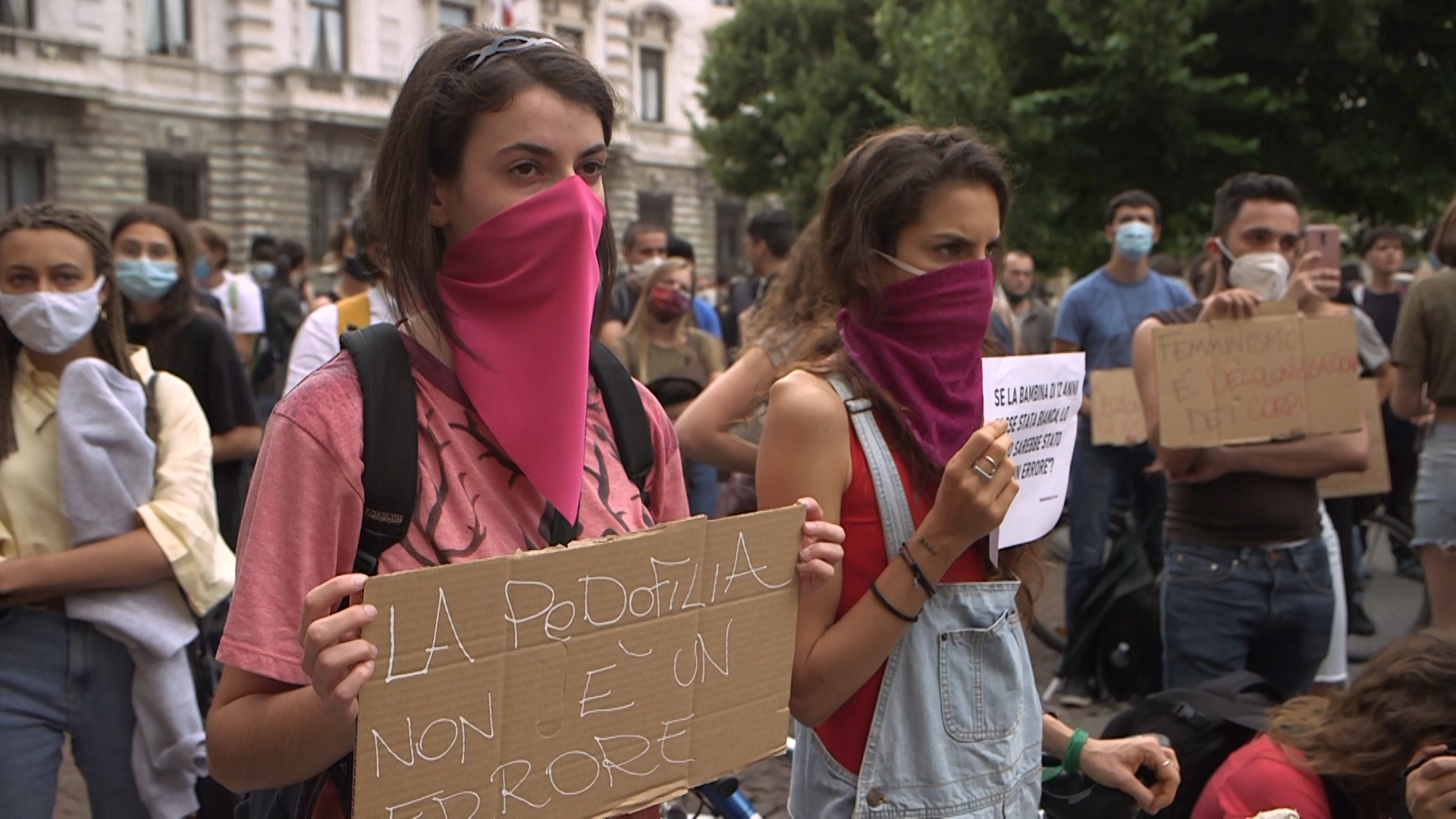 Protesters are campaigning for the statue to be taken down. /CGTN

Protesters are campaigning for the statue to be taken down. /CGTN 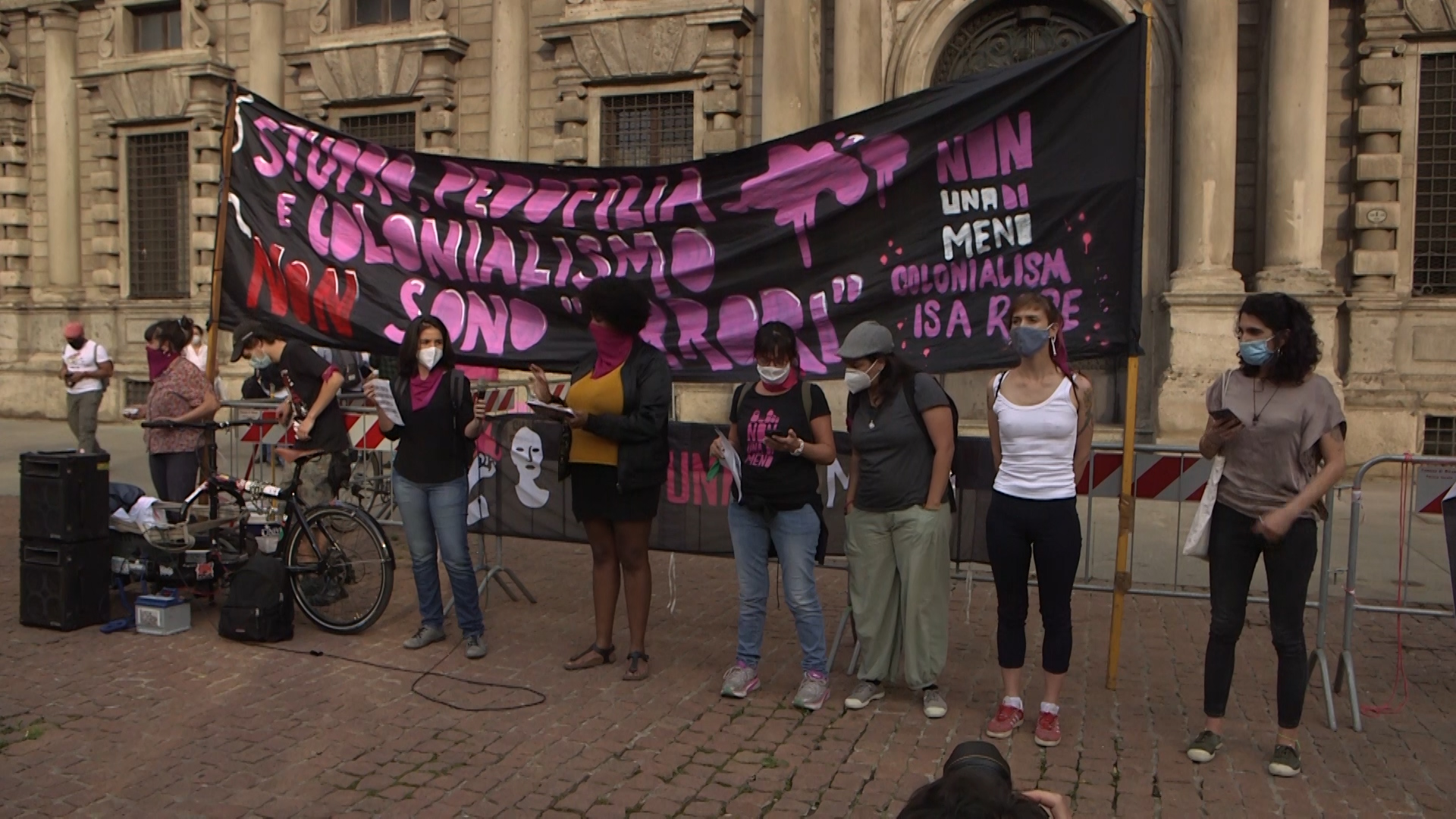 One campaigner, Salam Tesfaye, says the statue represents Italy's denial of its colonialist past. /CGTN

One campaigner, Salam Tesfaye, says the statue represents Italy's denial of its colonialist past. /CGTN 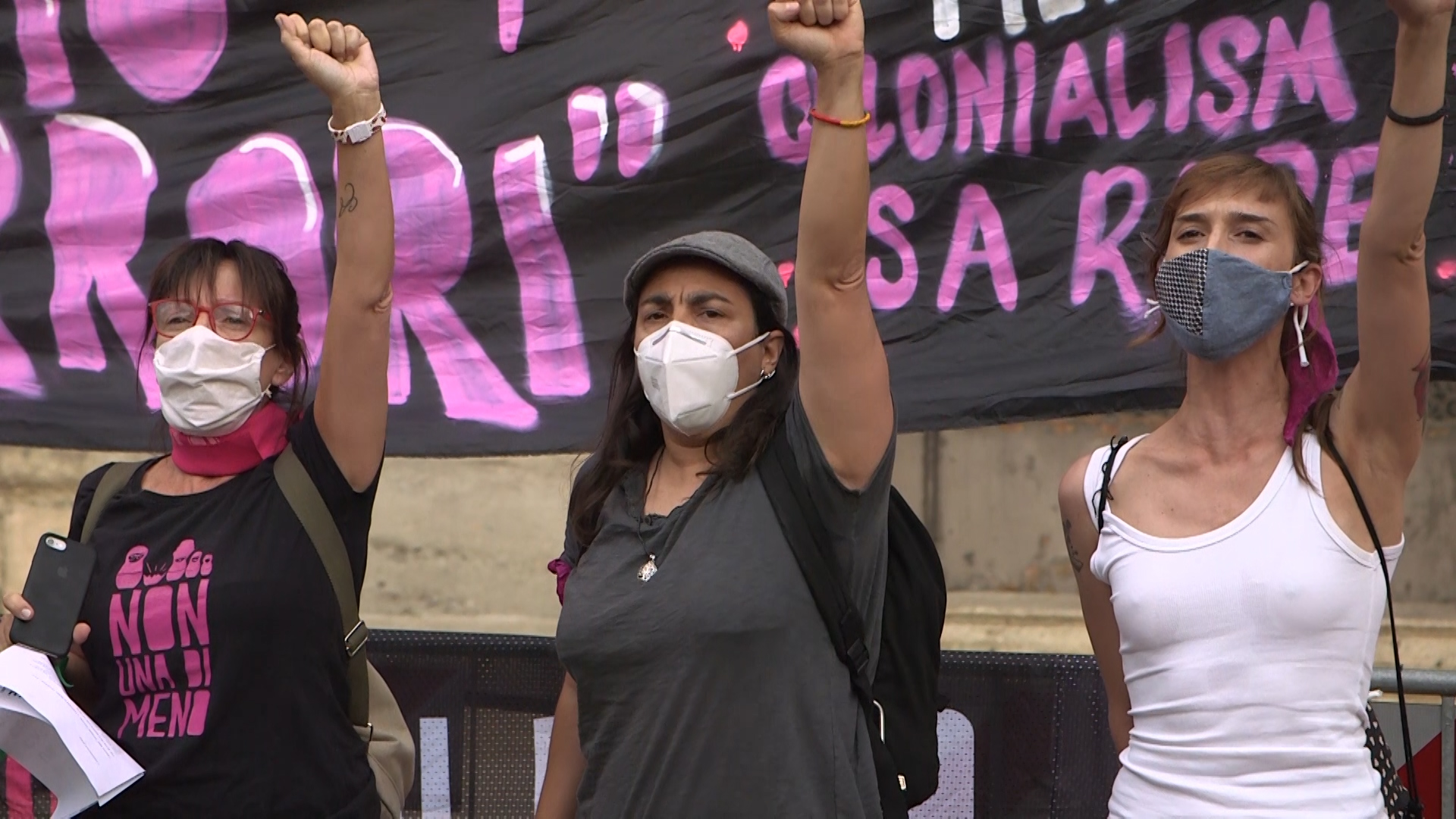 The protests for the statue of Montanelli in Milan to be removed are just one of many across Europe and the world. /CGTN

The protests for the statue of Montanelli in Milan to be removed are just one of many across Europe and the world. /CGTN

Following protests in the U.S., sparked by the death of George Floyd under police custody, further demonstrations in support of the Black Lives Matter movement have occurred across Europe.

In Italy, that has culminated with a very public debate about whether the statue should stay or go.