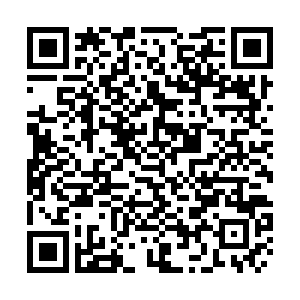 "We see signs that German imports are hit much less hard than exports, that suggests the relative robustness of the German economy."

That's Stefan Kooths, of Kiel Institute for the World Economy, which has just released new figures suggesting Germany's economic output dropped 12 percent in the second quarter. While its a historic margin for the country, Kooths suggested it is representative of a shallower dive than experienced by other European economies.

Still in Europe, and following on from yesterday's news that PepsiCo would remove the "Aunt Jemima" emblem from its brands, Greene King brewers and Lloyds of London have apologized for their historic links to slavery, and said they would donate to anti-racism charities. Lloyds, the insurance broker which specializes in shipping, was founded in 1688 and insured the ships used to transport enslaved people.

And in the U.S. it's been a historic day for the cruise ship industry, with Carnival, one of the world's biggest providers of sea-bound holidays, announcing a huge quarterly loss of more than $4 billion. The image of cruise ships being locked out of port, full of coronavirus patients, has quite naturally dented much of the public appetite.

Two British firms with deep links to the Atlantic slave trade in the 19th century have apologized for their historic profiteering. Greene King brewers and insurance giant Lloyds of London will also both make payments to charities that support ethnic minority communities in the UK.

Alibaba Cloud has become the market leader in Chinese cloud computing, as the market as a whole increased by 67 percent (year-on-year), with Alibaba controlling 44.5 percent.

German digital payments firm Wirecard has reported $2.1 billion "missing," sending the firm's stock price into freefall. The hole in funds, which CGTN Europe understands is linked to the company's accounting, was highlighted by auditor EY. Wirecard said it is "working intensively together with the auditor towards a clarification of the situation."

The UK's central bank announced it would pump an extra $124 billion into the country's economy to help it recover from the COVID-19 lockdown. The Bank of England's Monetary Policy Committee voted to increase its bond-buying program but kept interest rates at 0.1 percent.

A new argument between the U.S. and the European Union has erupted over the bloc's plans for a digital tax on web giants like Facebook and Amazon. The U.S. government announced it was walking away from the international talks on the matter, prompting the EU side to declare it would impose taxes unilaterally if there was no agreement by the year's end.

TikTok rival Zynn has been removed from Apple's App Store and the Google Play Store, after accusations emerged that suggested it had stolen from similar platforms. Zynn is owned by Kuaishou, which is also Beijing-based, and a rival of TikTok owner ByteDance.

Carnival, one of the world's largest cruise ship operators, has recorded quarterly losses of  $4.4 billion, as the industry suffers from the effects of the pandemic. It is said to be losing $650 million a month, according to company releases.

The French national lottery company Francaise des Jeux (FDJ) – which was privatized just last year – has lost around $112 million in earnings, due to the lockdown in the country. Although measures are now easing and FDJ said purchases are recovering, the impact on revenues from three months of social restrictions is $224 million.

German public transport ticket sales fell by 23 percent in the first quarter, according to new figures from Destatis – the German government statistics office. The fall is the steepest since the 2008 Global Financial Crisis.

Social media giant TikTok has announced plans to launch an educational platform in Europe. TikTok will pump more than $14.5 million into the project. It will partner with universities and charities to produce educational content

Australian airline Qantas has cancelled all its planned international flights (excluding flights to New Zealand, as covered by the Trans-Tasman Travel Bubble) until October. The airline and its low-cost subsidiary Jetstar will focus on domestic flights, as Australian COVID-19 restrictions are eased.

Emmanuel Bulle, senior director at Fitch Ratings , spoke to CGTN Europe about the news the European Union is to investigate the PSA-Fiat Chrysler merger.

What impact might this massive deal have on the European vehicle market?

Well, that's a massive deal, and it will create the fourth largest global car maker. So it means that the new group, whatever the name, will now enter the global league of the Volkswagens and the Toyotas, the Fords of this world. So a clear champion, in Europe in particular, they are actually closing in on Volkswagen. VW has been the market leader for many years in Europe. They've got about a quarter of the overall market. And with that transaction now, FCA and PSA will be 22 or 23 percent of the market, so just a couple of points shy of VW. So clearly here, if you are looking at a few specific countries, France, Italy; they would be champions. They will be market leaders. So if you also add Spain, the UK and many other smaller countries, it will actually be looked at by the antitrust authorities as, "is there any antitrust issue?" Probably not ... on the overall scale, but clearly on the light commercial vehicle, which is one of their key strengths. The probe might actually be looking into that, because they might be having dominant positions there.

These rules were drawn up a long, long time ago. The world has changed. Lots of people might just say, maybe this is a good thing in a globalized world. Europe does need these huge, great, big, strong brands.

It's something about consolidation. It's also a question of diversification. And for those big groups, they need to have many feet on the ground, not just in Europe for PSC or in the United States for FCA. So actually a merger of this kind consolidation will actually help them be more diversified, not just rely on one thing. The brand is actually now a question for the two groups – apart from just Peugeot, Citroen, Fiat, Ram... It's going to be a big house full of various brands, various segments, various vehicle types. And this will clearly help.

Looking at this from the perspective of the consumer, the buyer, why would this be such a bad thing?

It's already a very concentrated industry with many different big players. And so one more or less here from a customer perspective will not be a game changer.

This deal has been given the nod pretty much around the world. Do you think there is any chance that it will not be given the green light in Europe?

Well, first I first thing, maybe a caveat, it's always difficult to double guess the regulators' decisions anywhere around the world, you might expect something positive when in reality they will find something. And so it's difficult. But this said, it's in the interest of the companies to actually sign the deal. This crisis, COVID-19, highlighted the big issues of of being dependent on one country, on the supply chain. So the more diversified you are, the better. So, again, it shows that consolidation might be a good thing for them. So if there are concessions being asked by the regulators, they will do their utmost to get the merger approved. So clearly, we think that they will do whatever it takes... Whether it's disposing of of a certain brand in one country. For instance, Italy, Fiat being being out, it might help, but they will do whatever it takes to it to actually get it done.

Do you think we will see further consolidation within the auto industry post-pandemic?

There may not be further big-scale consolidation. You know, the candidates for big mergers are now scarce. You've got a few big players and it's a lot of other smaller players, especially in China or in India, for instance. But the consolidation at this big scale of a PSA, FCA, for instance, is going to be difficult. We might see more transactions, dealers, which will be smaller agreements like Volkswagen and Ford, for instance, or this will continue if there is an opening, maybe in Europe, JLR, for example, there has been talk about a potential Chinese buyer, like with Volvo a few years ago. It might happen. But a big-scale consolidation, big-scale merger like that is quite unlikely at this stage.