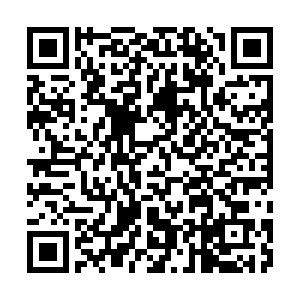 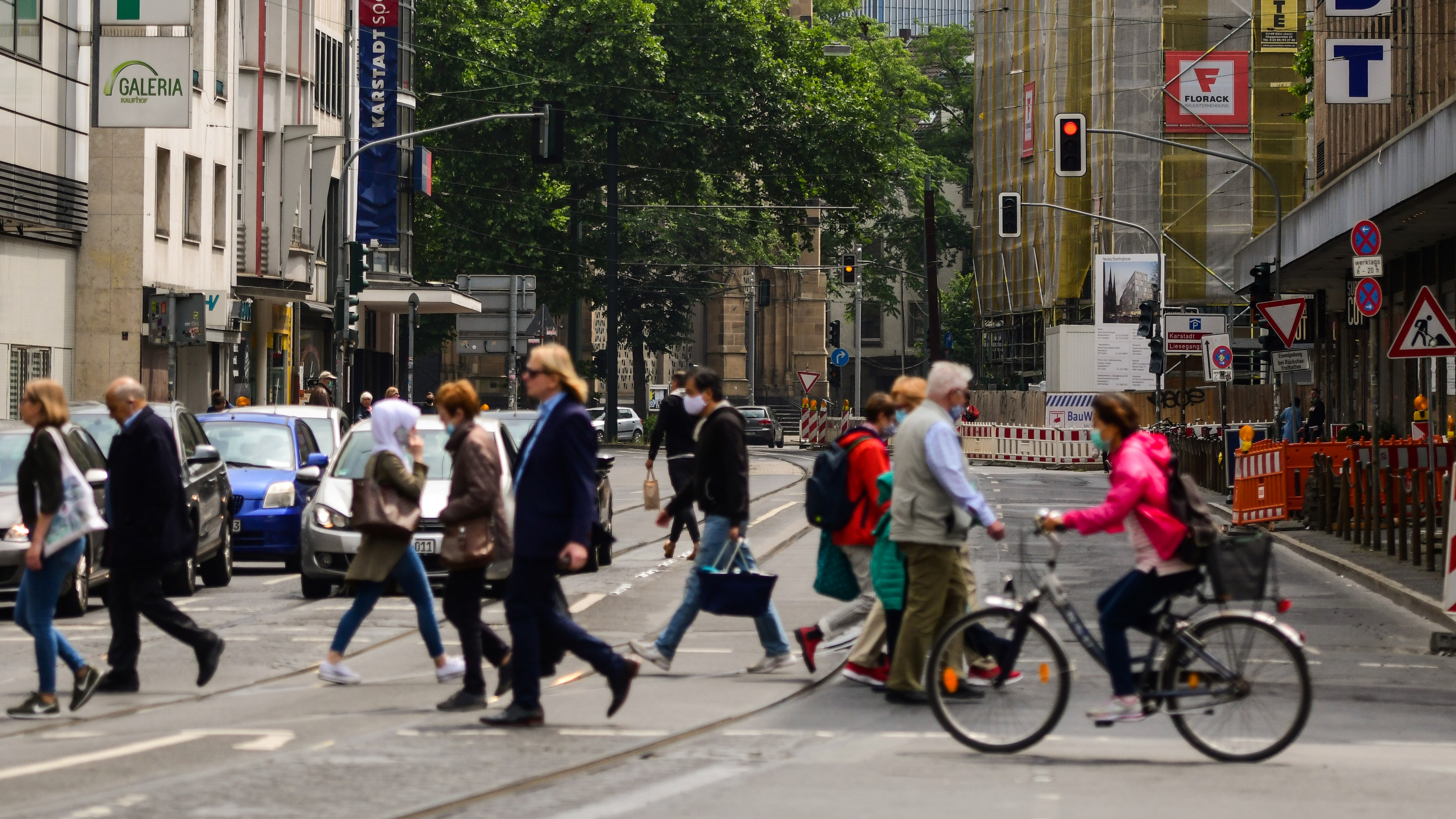 Germany's economy is expected to bounce back in the second half of the year but it will be slow. /Ina Fassbender/AFP

Germany's economy is expected to bounce back in the second half of the year but it will be slow. /Ina Fassbender/AFP

The economic crash came hard and fast but the recovery for Germany is likely to be more drawn out, according to forecasts released by one of the country's leading research units.

The Kiel Institute for the World Economy (IFW) has indicated that output dropped 12 percent in the second quarter of this year, which is the sharpest fall in the country's modern history.

Still, the worst could be over, with growth predicted to bounce back in the second half of 2020 and a total annual contraction of -6.8 percent expected. Then, in 2021 there could be a return to growth of 6.1 percent.

Those figures are assuming that Germany will be able to prevent a "severe second wave."

That might look dire, but would still put Germany on course to fare far better than many, if not all, of its European partners. Part of the reason for that, says Stefan Kooths, the head of the Institute's Forecast Centre, is because the federal government's lockdown was less severe than others.

"In Germany, factories were open," says Kooths. "All-in-all it looks as if Germany is having a better chance of coming through the crisis without too much loss of production capacity."

In a sign that some of the country's recent economic norms may be turned on their heads by this pandemic, the IFW was optimistic that domestic demand had signs of resilience, while it was exports that could suffer as some of the country's main markets continue to grapple with the coronavirus and its fallout. 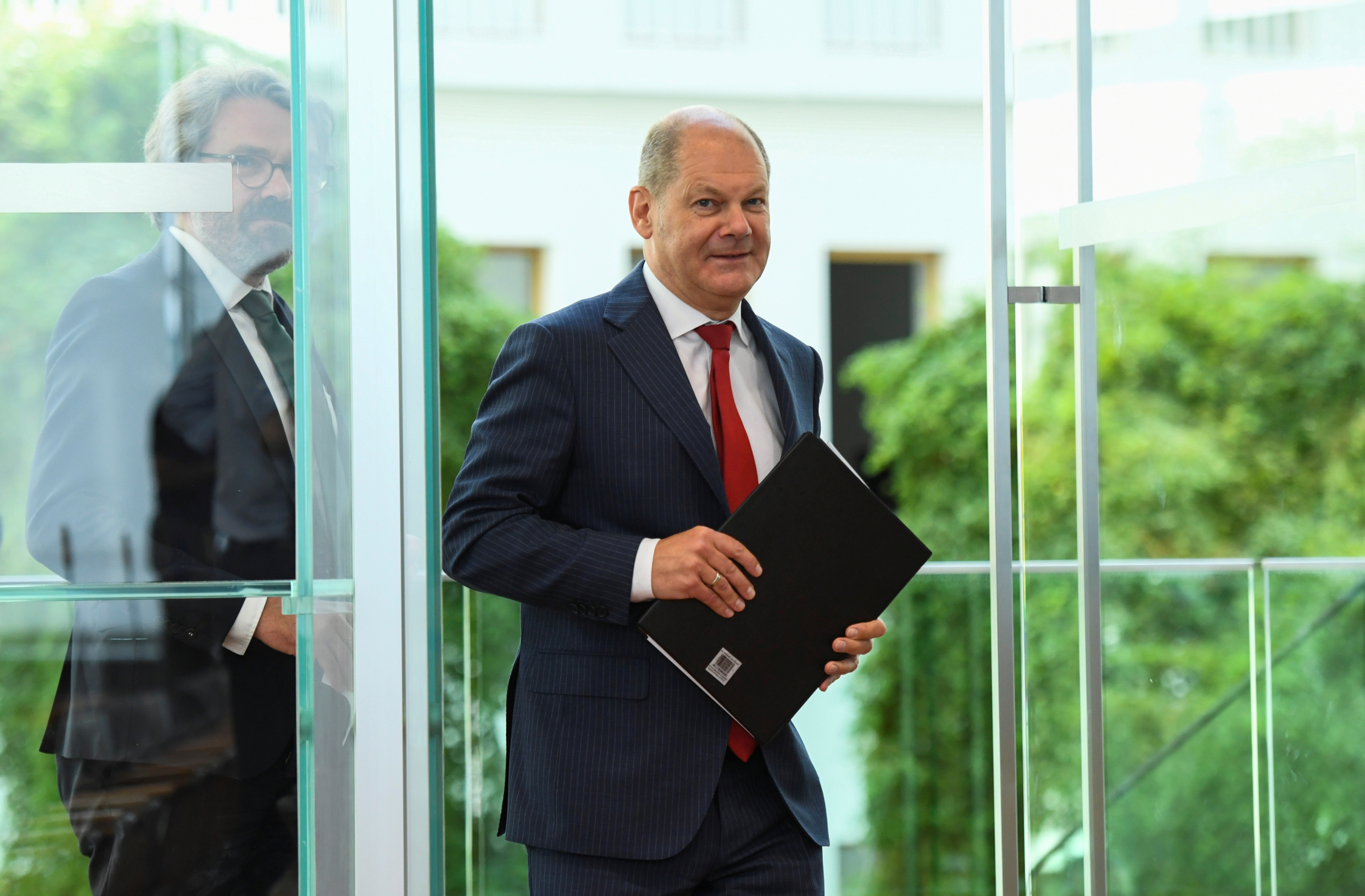 An economic stimulus package has been put in place by Olaf Scholz. /Annegret Hilse/AFP

An economic stimulus package has been put in place by Olaf Scholz. /Annegret Hilse/AFP

Historically, Germany has become one of the world's major exporters, while demand at home has been persistently weak in a nation with above-average rates of saving. But that "purchasing power will be unloaded into consumer demand as soon as circumstances permit," says Kooths.

Analysts say the federal government's economic policies may have fundamentally shifted, too. Under the leadership of fiscal hawk Wolfgang Schaeuble during the years of the eurozone debt crisis, austerity was the only game in town for Germany's finance ministry. With center-left Social Democrat Olaf Scholz now at the helm, the government has unleashed an unprecedented economic stimulus package to help the country ride out the storm. The IFW calculates the total, announced by officials as $146 billion, is in reality even higher – at least $168 billion.

Kooths is critical of some of the early measures, though, saying they are focusing too much on helping consumers with, for example, a slashing of VAT. When what's really needed, in his view, is more support for some of the country's big exporters, who look likely to suffer from a sharp drop in international demand amid a global recession.

They have mostly staved off mass job losses so far because of temporary furlough schemes. Those will be winding down in the months ahead, though. If those jobs go, the IFW worries the damage to Europe's largest economy could become more permanent.