Eighty years ago, young general Charles de Gaulle, having fled the Nazi occupation of France, broadcast a call to arms for his people on the BBC French service.

The speech wasn't heard by many, but it became an iconic moment and paved the way for De Gaulle's return to France in 1944 and his rise to leader of the Free French.

The country's current leader, President Emmanuel Macron, had attended ceremonies in France before flying to London, where he was welcomed by a Guard of Honor from Britain's oldest regiment, the Coldstream Guards. 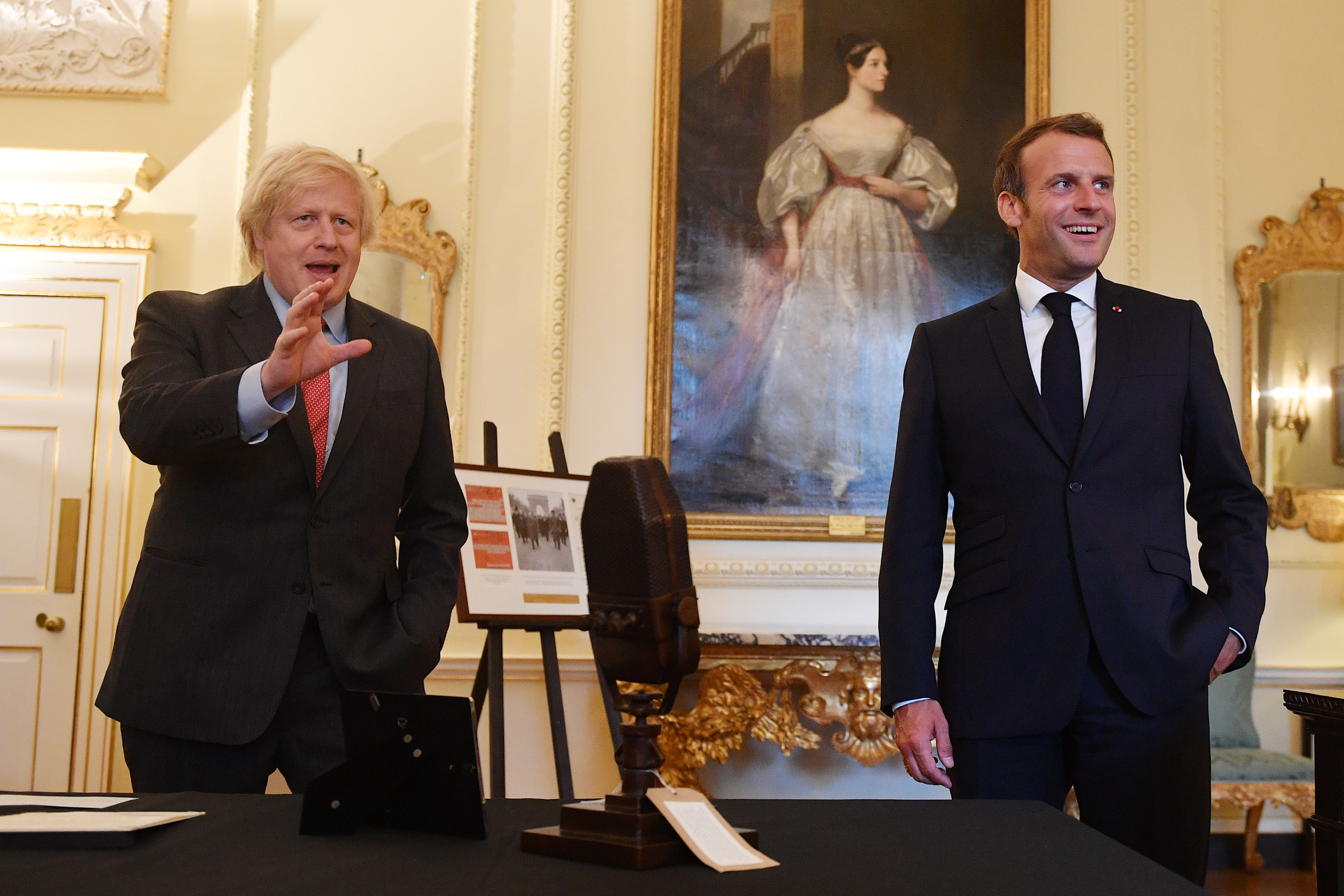 Macron, right, and Johnson look at documents and artifacts given to Charles de Gaulle by Clementine Churchill during World War II. /Justin Tallis/AFP

Macron, right, and Johnson look at documents and artifacts given to Charles de Gaulle by Clementine Churchill during World War II. /Justin Tallis/AFP

His royal hosts were Prince Charles and the Duchess of Cornwall, who had traveled from their lockdown home in Scotland for the occasion.
The entire day respected the two-meter distancing rule, even though Macron would have been quite comfortable with something a little more intimate. In France, the required distance is only one metre.

Wreaths were laid at statues of De Gaulle and George VI, Britain's wartime king, in London's Carlton gardens not far from Prince Charles's London residence at Clarence House. A minute's silence was also held in memory of the thousands who died in the conflict.

Appropriately, not far away and visible for the next part of Macron's tour, the statue of Winston Churchill in Parliament Square was freed of its protective shielding following recent anti-racism protests. It was Churchill who allowed de Gaulle the freedom to use the BBC, despite widespread misgivings from the political community in Westminster. 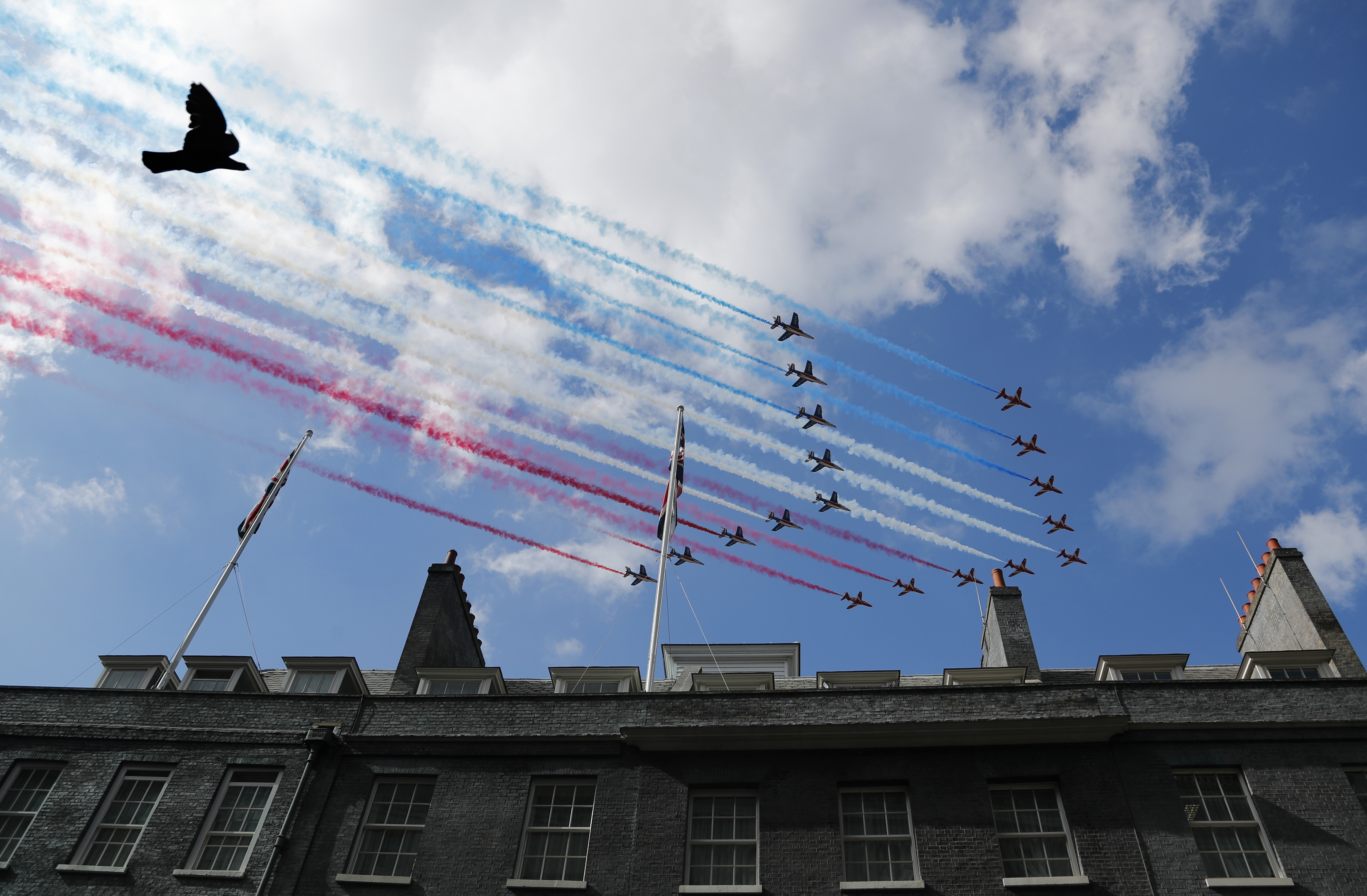 At Downing Street, the French president was welcomed for private talks with the UK's prime minister, Boris Johnson. The pandemic, the Middle East, China and the controversial UK quarantine rule are sure to have joined Brexit on the agenda.

This was a chance for the two leaders to boost each other's faltering public standing in troubled times and the first such meeting for both leaders since the lockdown in France and England began in March.

The two leaders watched the impressive flypast by the Red Arrows alongside their French Air Force equivalents Patrouille de France in the skies over London.