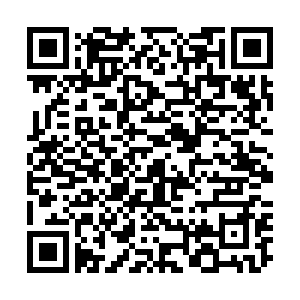 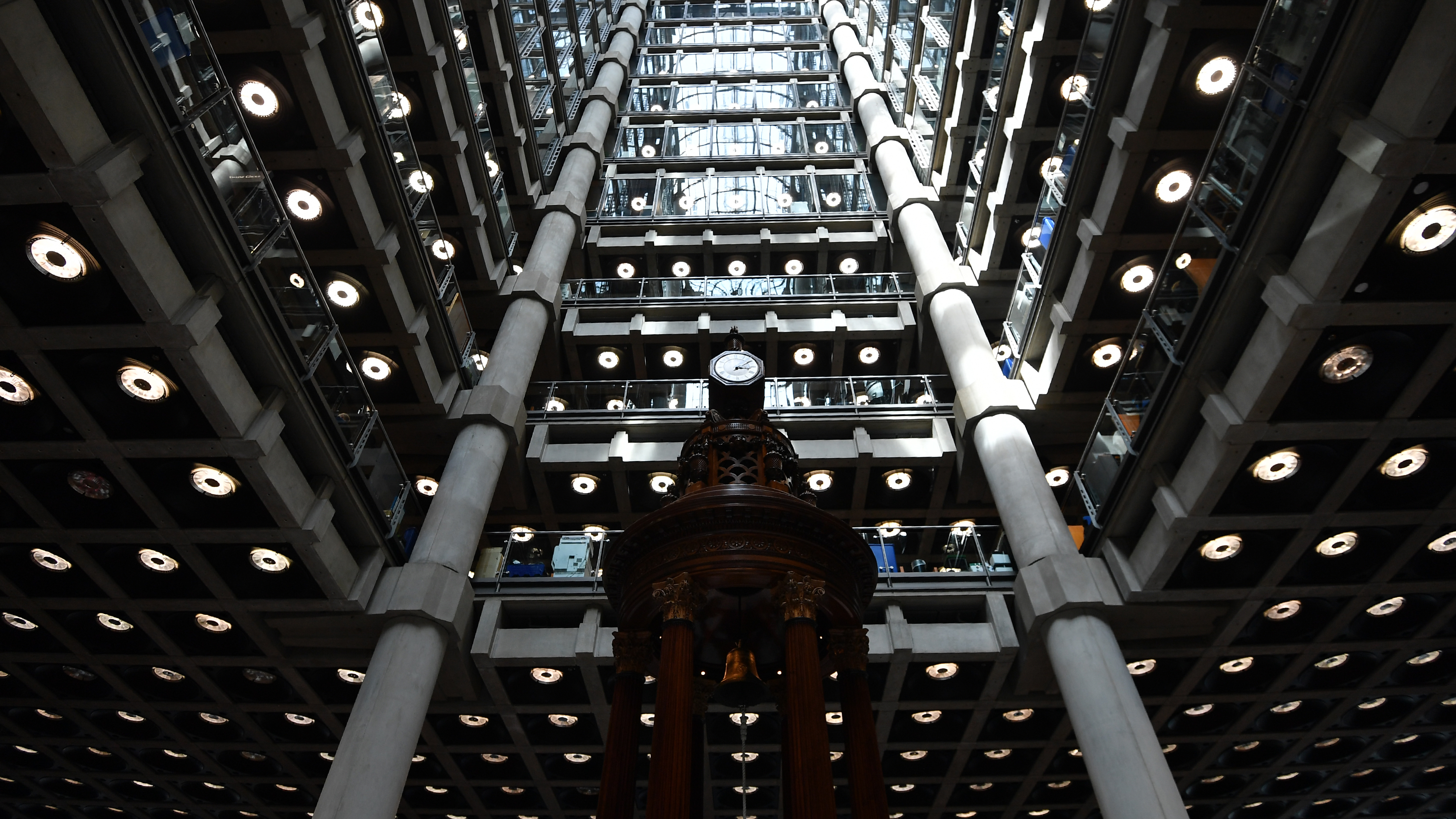 The interior of Lloyd's of London. The insurance market has pledged to make donations to ethnic-minority supporting organizations. /Ben Stansall/ AFP

The interior of Lloyd's of London. The insurance market has pledged to make donations to ethnic-minority supporting organizations. /Ben Stansall/ AFP

British financial institutions that benefited from slavery, such as Lloyd's of London, should do more than saying sorry for their role in the Atlantic slave trade and atone for their sins by funding Caribbean development, the countries in the region have said.

More than 10 million Africans were shackled into the Atlantic slave trade by European nations between the 15th and 19th centuries. Those who survived the voyages, which were often brutal, ended up working on plantations in the Americas.

The Lloyd's of London insurance market apologized on Thursday for its "shameful" role in the 18th century Atlantic slave trade and pledged to fund opportunities for black and ethnic minority people.

However, a regional alliance of Caribbean countries said Britain's institutions should go beyond a simple apology and return some of the wealth to the the area by funding development there.

"It is not enough to say sorry" said Hilary Beckles, chairman of the CARICOM Reparations Commission, which was set up by Caribbean countries to seek reparations from former colonial powers such as the UK, France and Portugal.

"We are not asking for anything as mendicant as handing out cheques to people on street corners," Beckles told Reuters from Jamaica.

"The issue of money is secondary, but in this instance the moral discharge of one's duty does require in a market economy that you contribute towards development." 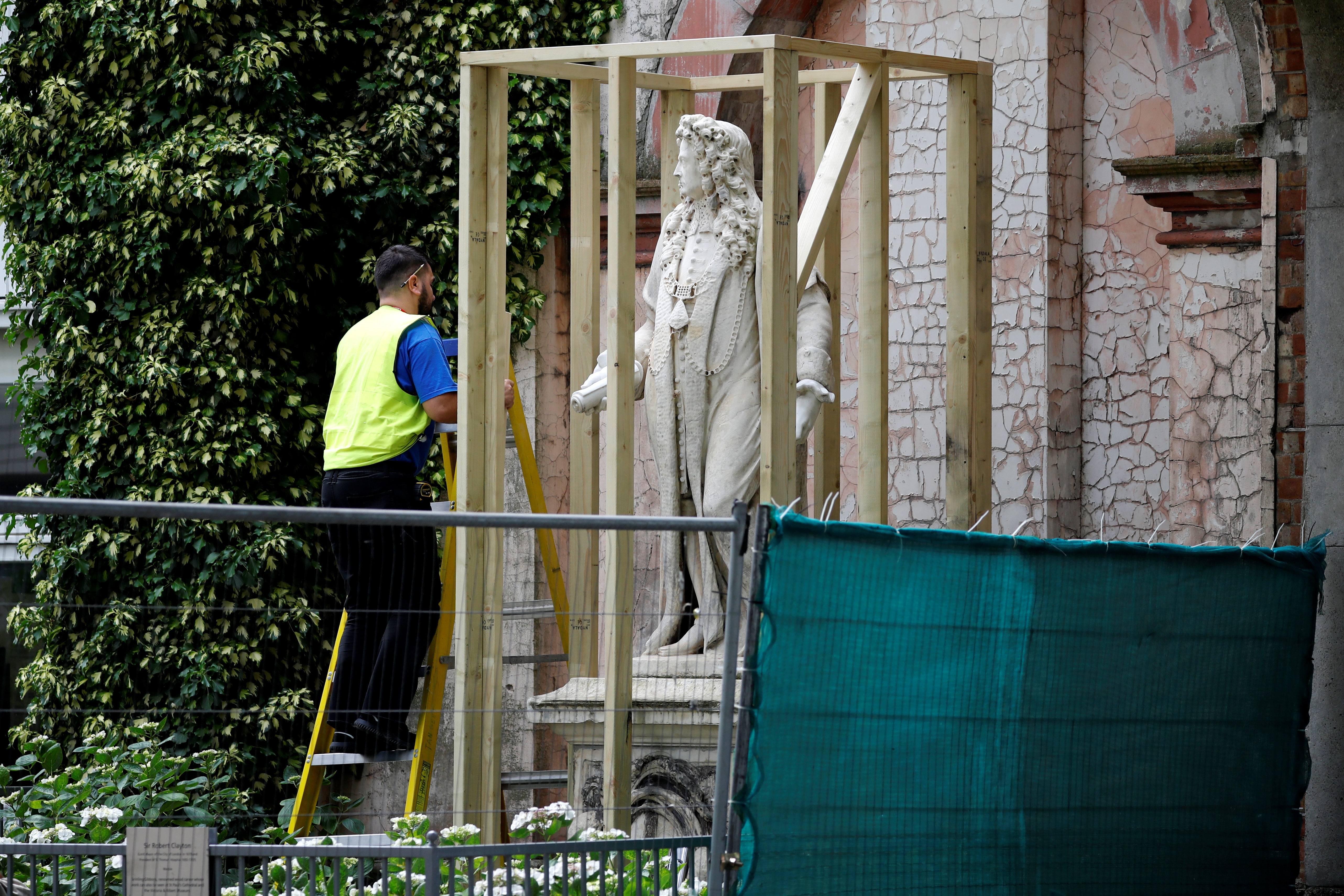 Statues of people with links to the slave trade are being boarded up and taken down. A workman constructs a barrier around the statue of Sir Robert Clayton, at Guy's and St Thomas' Hospital in London. /Tolga Akmen/ AFP.

Statues of people with links to the slave trade are being boarded up and taken down. A workman constructs a barrier around the statue of Sir Robert Clayton, at Guy's and St Thomas' Hospital in London. /Tolga Akmen/ AFP.

Reuters said there was no immediate reply from Lloyd's of London to a request for comment.

Beckles, a Barbadian historian, said the antecedents of many British and European banks, as well as an array of accompanying institutions in the City of London, "drank from the well of Caribbean slavery."

The Bank of England apologized for what it called the "inexcusable connections" of some past governors and directors to slavery and said it would remove any portraits of such individuals from display anywhere on its premises.

The history of several other British financial firms, including Barclays, is also under new scrutiny.

"It is not about public relations – it is about a negotiated settlement whereby everyone finds closure within a moral framework," he said.

"To say sorry and issue a press release is disrespectful – it does not fly with the people who were victimized."

Beckles said British institutions should sit down with Caribbean nations to fund development projects, or even consider a sort of "Marshall Plan" to give some of the plundered wealth back – a reference to the U.S. aid given to Western Europe after the destruction of World War II.

"The British legacy of slavery and colonization has left the black community in quite a mess," Beckles said, adding that he was not calling for litigation of any kind.

"All the institutions that created this mess really have to come and help in practical ways to clean it up."

With regard to Britain's broader reassessment of its past, Beckles said: "Public consciousness is catching up with history: the moment has come. British public morality has caught up with its own institutional history of slavery."

Recent University College London (UCL) research has shown that individual members of the the Church of England have also benefited from slavery in the past.

Apologies were reported in The Telegraph newspaper, in which the Church of England referred to the links as "a source of shame."

"While we recognize the leading role clergy and active members of the Church of England played in securing the abolition of slavery, it is a source of shame that others within the church actively perpetrated slavery and profited from it," the newspaper reported the Church of England as saying.

The UCL research is logging details of approximately 47,000 people involved in the slave trade who received compensation – totaling nearly $25 million, worth $2.7 billion today – when slavery was abolished by the UK in 1833. 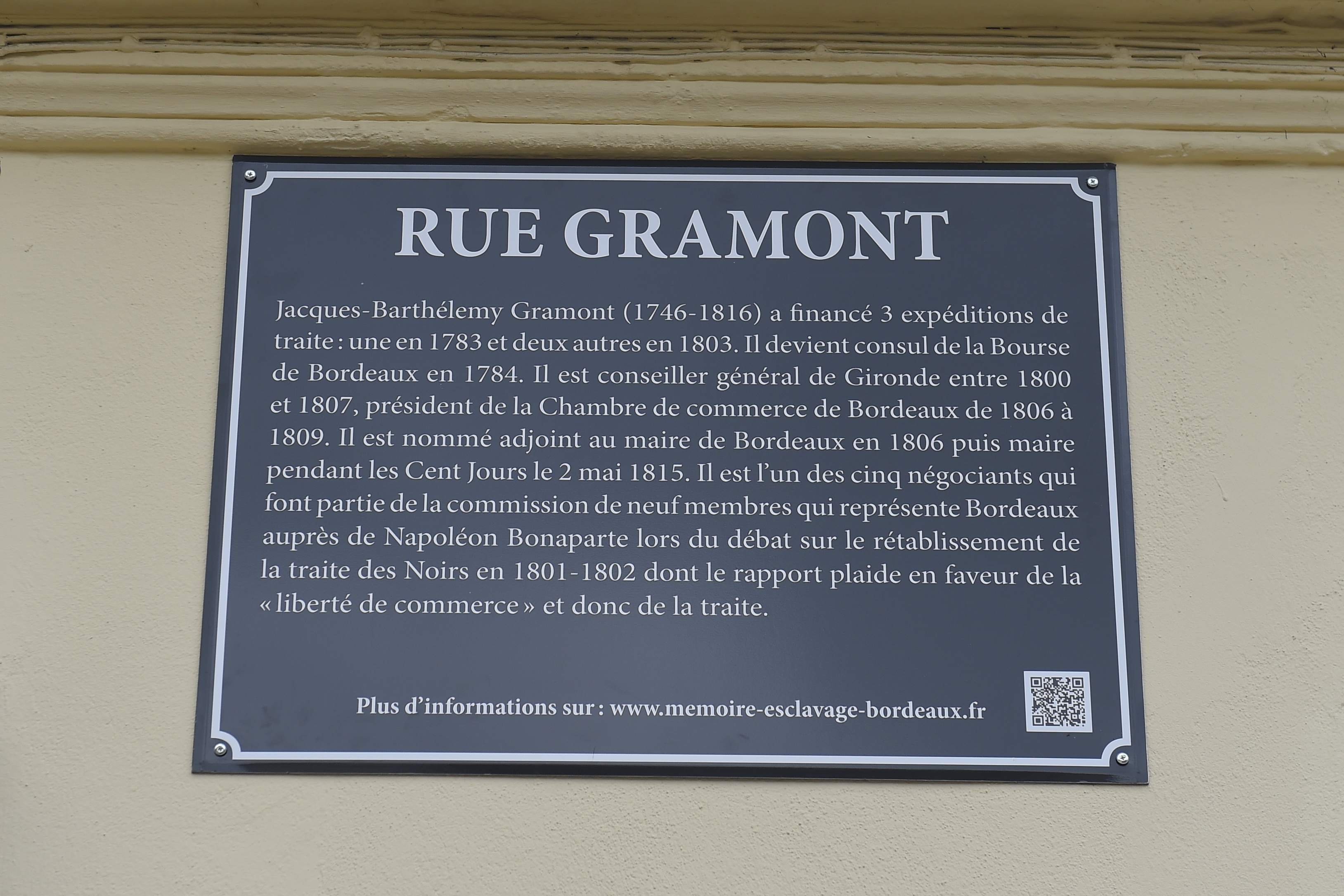 While the history of Europe's scramble for African slaves has been widely known for centuries, the death of George Floyd in the U.S. has prompted a global reassessment of racism and the financing of the slave trade.

During recent demonstrations in Bristol, a southwestern city in the UK, protesters pulled down a statue of slave trader Edward Colston.

Stained glass windows dedicated to Colston have also been removed from Bristol Cathedral.

It was also announced on Wednesday that Oxford University's Oriel College had voted to take down a statue of colonialist Cecil Rhodes.