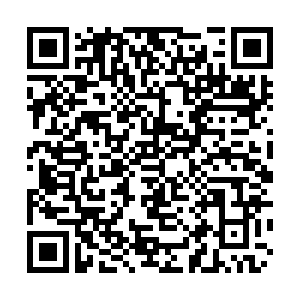 Residents of Toulouse, France, have been alerted to watch out for some unusual reptiles spotted on the nearby Canal du Midi – alligator snapping turtles.

These turtles are the largest freshwater turtles in the western hemisphere. They can weigh up to 100 kilograms and they're easy to recognize because of the characteristic rows of spikes and raised plates on their carapace and their large head with a sharp beak. 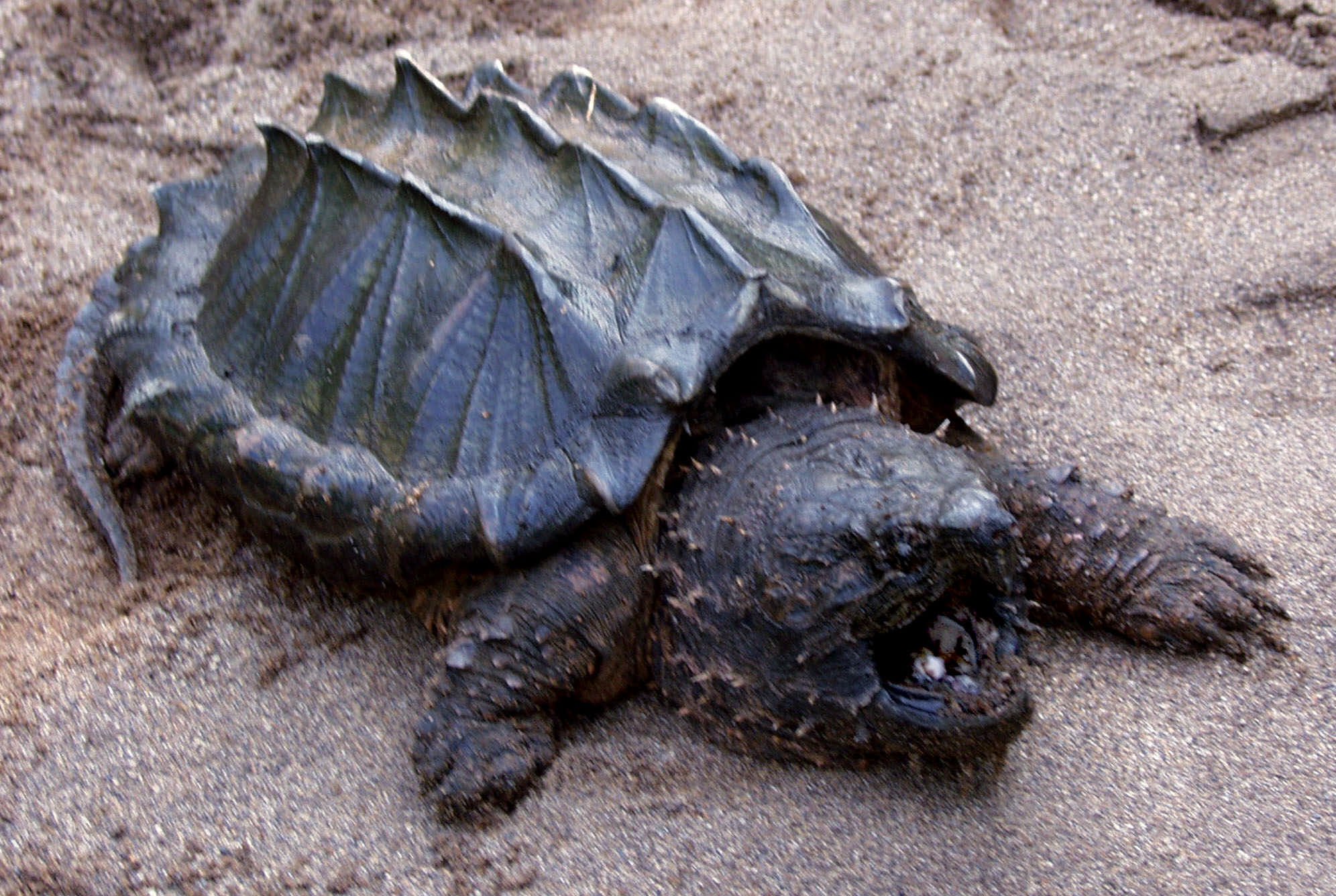 An alligator snapping turtle captured for a wildlife survey in the U.S. in 2001. The white appendage in its mouth is used to lure food. /AP/Elliott Minor

An alligator snapping turtle captured for a wildlife survey in the U.S. in 2001. The white appendage in its mouth is used to lure food. /AP/Elliott Minor

They're native to the U.S. southern states, and until very recently the rest of the world could draw a sigh of relief thinking that, unless they were visiting a Floridian swamp, their chances of meeting an alligator snapping turtle while taking a walk by the river were absolutely zero.

But a French family living on a canal boat near Toulouse spotted three unusual turtles swimming along the banks of the canal at Ramonville-Saint-Agne, in Haute-Garonne in May, and alerted the authorities. The turtles were only babies, but they presented the typical spikes of alligator snappers on their upper shells.

The French office for biodiversity identified them as alligator snapping turtles, guessing they have been imported and released into the wild. 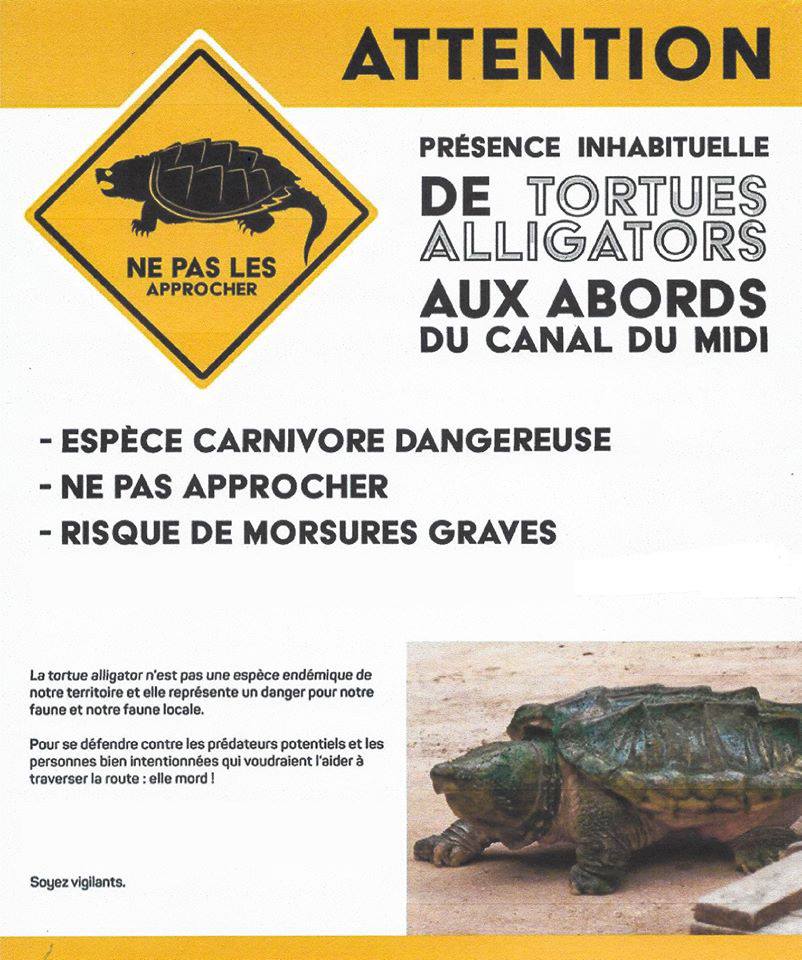 The alligator snapping turtle is considered endangered in some U.S. states, but not consistently throughout the country. Their numbers are decreasing due to water pollution, over-harvesting for their meat and the exotic pet trade.

Alligator snapping turtles, though fierce-looking, naturally avoid contact with people, unless harassed during nesting season on shore. There are no recorded cases of them causing any human death, but to protect themselves from predators or simply people trying to approach them, they will bite – and that would be extremely painful.

Another dangerous serpentine-type turtle was discovered in the same French region in the playground of Parc de Cinquante on 26 May. It was only 25 centimeters long but still had a razor-like beak.

All the turtles are now in the care of the Mescoules zoo in Dordogne.