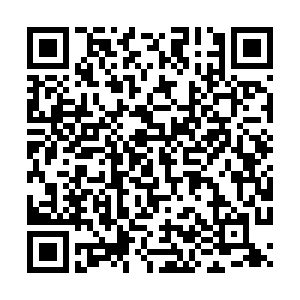 "The idea is to have extended trading hours, because they can trade in Shanghai and then trade in London, but with one price."

We have more on that story from Juliet Mann, our markets correspondent. I encourage all of you to watch her video piece today (you can find it in the usual place) which perfectly explains the UK-China tie-up.

Meanwhile, the European Commission has opened an inquiry into the PSA-Fiat merger. The eagle-eyed competition commissioner from Denmark, Margrethe Vestager, has the bloc's lucrative van market in her sights this time.

And in the U.S., PepsiCo has agreed to remove a racist caricature from one of its brands, showing the continued willingness of brands all over the world to engage with the Black Lives Matter movement.

Finally, as BP published its annual review of the global energy sector today, we look at the market share of the main global energy sources. Scroll to the end of the briefing for that.

The European Commission has opened an inquiry into the PSA-Fiat merger. The $50 billion deal "may reduce competition" in the commercial vehicle market, according to Margrethe Vestager, the head of the Commission's competition watchdog. PSA, which owns Peugeot, and Fiat would form the world's fourth biggest auto firm if the deal comes off.

New car sales across the EU dropped by 52 percent in May. The European car makers' association says, despite lockdown measures being eased in many countries, there was a double-digit decline in every member state. Spain suffered the biggest fall, with a 72 percent drop in sales

Global bank HSBC said it is going to move forward with its program of 35,000 job cuts. A note from CEO Noel Quinn said it was a question of "when, not if" after it revealed it would try to cut $4.5 billion in costs this year. The bank suffered a fall in first-quarter profits, sparking calls for savings.

A Swedish firm is strengthening its investment in China with a further $42 million being spent at a ball-bearing factory in Xinchang. SKF had already invested $35 million in the plant in 2019. The second phase of the factory is set to be operational in 2021.

Facebook says it will label political adverts posted by users on the social network in the run up to this year's presidential election. The company's boss says he also hopes to help four million Americans sign up as new voters. Mark Zuckerberg has faced criticism for allowing his site to contain adverts that contain false information

Pacific Gas & Electric, the U.S. West Coast energy supplier, has pleaded guilty to 84 counts of involuntary manslaughter linked to the 2018 Camp Fire wildfire. The firm admitted the fire was started by its faulty equipment.

PepsiCo said it would change the name and logo of its pancake mix and syrup brand line "Aunt Jemima," which was based on a 19th century racist cartoon. The logo of an African-American woman in a domestic setting is linked to "minstrel shows" which are infamous for their offensive caricatures.

The head of the U.S. central bank, Jay Powell, has told a Senate hearing there remains "significant uncertainty" over the size and timescale of the country's economic recovery from the pandemic and lockdown. He noted it was unlikely to see any major shift in interest rates before the end of 2022.

UBS said the imminent easing of lockdowns and the implementation of highly supportive policies from Asian governments means an economic recovery is on the horizon for the region.

Germany's Commerzbank's London branch has been fined $47 million by the Financial Conduct Authority after the bank was judged to have failed in its responsibilities to make proper anti-money laundering and fraud checks.

That is why China is reviving the Shanghai-London stock connect scheme that was set up to allow Chinese companies to have another listing in the British market. It helps companies expand their investor base, plus it allows mainland investors to access international stocks.

Juliet Mann has this report from the City of London:

Geraint Johnes, professor of economics at the University of Lancaster, spoke to CGTN Europe about the massive jump in jobless numbers we reported yesterday.

How bad will unemployment get here in the UK once the job retention scheme is no longer in place?

Surprisingly, the official data on unemployment is so far out of date that it still looks as though unemployment is going down. And we have had to appeal to less official, less definitive series in order to find out what exactly is happening. We do know from [revenue service] Pay As You Earn data in real time that there has been a collapse in employment, that there are 600,000 fewer people on the payroll now than was the case in March. And we also know the claimant count data has gone up very rapidly since March.

So, in March, we had 1.2 million [benefit] claimants. Then in May, 2.8 million claimants. So that's an increase of one-and-a-half million in just two months. Absolutely unprecedented. And that's likely to be a leading indicator of what happens for unemployment. The key, as you point out, is what happens to people who have been furloughed on the government's special scheme.

And if many of those returned to work, then we can anticipate a reasonably quick recovery. If many take time to return to work, then recovery is going to be that much slower and we can expect it to be slower in the sectors that aren't allowed to start up business again or those that can only resume business on very compromised terms. Having to have more space for each worker to work in, for example, could adversely affect firms in manufacturing.

The furlough scheme has kept many people afloat for the time being. Total running costs of all government support schemes near $83 billion. Can the UK economy sustain and absorb that kind of cost for much longer?

That's an eye-watering figure, isn't it? $83 billion. And that has to be financed out of increased taxation or reduced government spending or increased borrowing. And at least there's a chink of light in that interest rates are very low. This is a good time for the government to be borrowing because the cost of that borrowing is relatively low. So, while we wouldn't want to see that kind of figure sustained over many, many months, at least now it's looking as though the furlough scheme could come to an end later this year. It's something that will run for several months, but it won't run indefinitely. And so that kind of cost will stop mounting up soon.

Are we going to see what they keep calling a 'V-shaped' recovery?

Some businesses will be able to recover relatively quickly. Others need space in which to operate and they won't be able to resume their previous operations as they were before without social distancing affecting their operations adversely. And yet others, such as the hospitality industry, of course, are not being allowed to resume at all at this stage.

And those last bits of the economy to come back are going to be the most problematic, because some of their workers won't be covered for the duration by the furlough scheme. And it's likely to be a large increase in unemployment there.

There will be some parts of the economy that will simply never return, aren't there?

I would expect that all parts of the economy will return. But we could find that we do things differently in future. So there are things like long-distance transport. We've all discovered the use of video conferencing on our computers now. So a lot of travel that was happening before will not happen in the same way in the future. How long lasting these changes will be remains to be seen. But there is the possibility that there will be a new normal that doesn't look quite like the old normal.