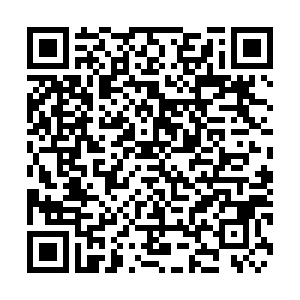 - The UK will switch to Apple and Google technology for its test-and-trace app, ditching its current system.

- Croatia and Slovenia are, respectively, reporting a spike in new infections following the reopening of borders.

- Greece has announced a new system of fines and penalties for businesses that are found to be violating restrictions introduced to fight the pandemic.

- Czechia's health minister, Adam Vojtech, says that from 1 July, wearing masks on public transport and indoors, such as in stores, theaters and cinemas, will no longer be mandatory.

- Greek authorities have imposed a seven-day complete lockdown on Echinos, northeastern Greece, after a spike in COVID-19 cases there over the past week.

- Wearing of masks has been made mandatory in three major Turkish cities to curb the spread of COVID-19 after an uptick in cases since the country allowed many businesses to reopen.

- Montenegro has reported a resurgence of cases. The small Balkan country had no infections for weeks.

- Germany will extend a ban on large events until at least the end of October.

- Russia reported 7,790 new cases over the past 24 hours, its lowest daily rise in infections in six weeks. The nationwide caseload now stands at 561,091, with 7,660 deaths recorded.

- COVID-19 cases linked to a large meatpacking plant in Guetersloh, Germany, have risen to 657. There were 983 test results from workers at the Toennies slaughterhouse. Of those, 326 tests were negative.

- Germany's chancellor, Angela Merkel, urged the European Union to agree quickly on a multi-year budget deal and recovery fund to help the bloc recover from the economic damage caused by the pandemic. 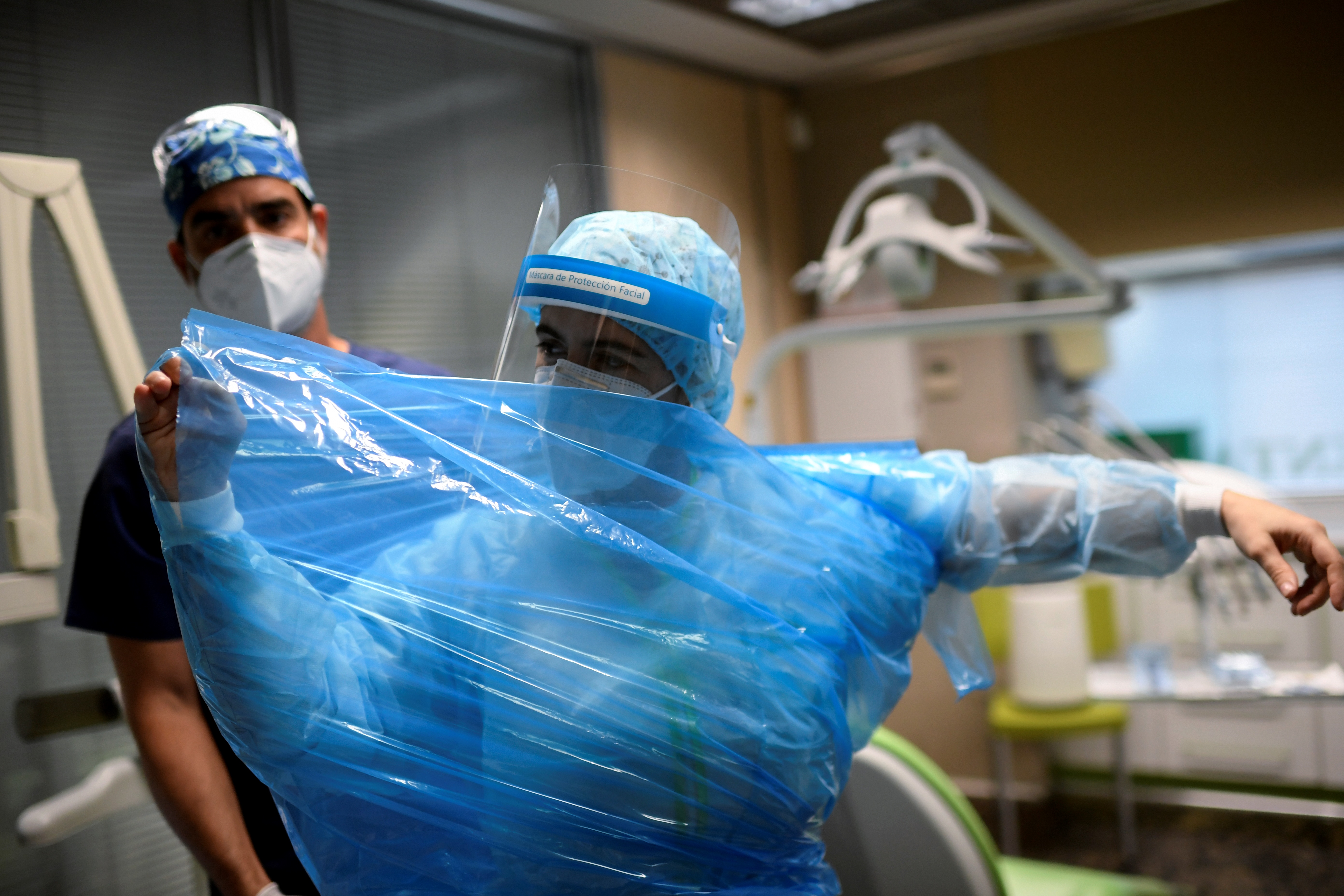 Dentists in Spain are contending with significantly more protective gear than they are used to. /AFP/Oscar Del Pozo

Dentists in Spain are contending with significantly more protective gear than they are used to. /AFP/Oscar Del Pozo

The French finance minister has urged Air France not to make compulsory job cuts but admitted that "readjustments will be necessary" for the airline. This comes after Air France was reported to be considering cutting 8,300 jobs based on voluntary departures. In April, Air France-KLM secured $7.88 billion in French government aid, with a further injection of $3.38 billion from the Netherlands.

All primary and secondary schools must reopen in France on Monday 22 June and on Thursday it was confirmed that fewer health protocols will be in force. Until now, each student had to be assigned a personal space of four square meters but this will now be relaxed to just keeping one meter apart from other pupils. Social-distancing measures will be scrapped entirely in nurseries and creches.

Temperature checks at Brussels Airport were meant to be an easy way to detect people exhibiting a classic symptom of coronavirus, but the country's privacy watchdog says the process may violate data privacy laws.

In a statement, the Belgian Data Protection Authority said there is "no legal basis" for the screenings and that using "advanced digital technologies" is a "treatment" and therefore needs to adhere to strict GDPR regulations.

Brussels Airport put the temperature controls in place earlier this week as Belgium's borders reopened. Anyone with a temperature above 38 degrees Celsius has to undergo a second screening and fill out a coronavirus questionnaire. According to media reports, at least one person has been turned away so far. 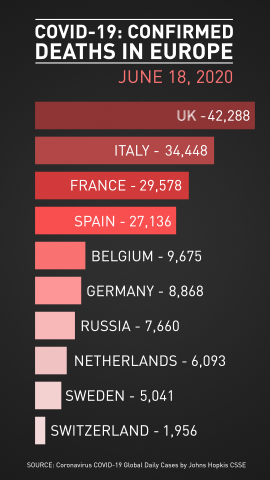 The president of Hungary, Janos Ader, has signed a law that lifts the country's state of emergency, which was voted on by parliament earlier this week. Under the new "Epidemiological Preparedness" law, the government is able to announce a health crisis and implement measures it deems necessary to protect the population.

The law means that, from Thursday, the three-hour morning shopping window for over-65s at supermarkets, pharmacies and outdoor markets will be scrapped. Concerts with up to 500 people can now be held. Although masks or face coverings must still be worn on public transport and in shops, and they remain mandatory for staff in restaurants.

The Department of Health will publish new data today after a second week of the test-and-trace program. While the much-delayed NHS app, originally intended to run alongside the program, has now been scrapped in the latest government about-turn.

Ministers are said to be preparing a plan to help school children falling behind because of closures. Scheduled for release on Friday, the plan could involve longer school days next year or extra tuition programs from the private sector.

France's president, Emmanuel Macron, is in London today. He will meet with the Prince of Wales and then later visit Downing Street for talks with the UK's prime minister, Boris Johnson. There is much to discuss including the quarantine rules for travelers, the pandemic, the Middle East, China and probably the Brexit Trade deal.