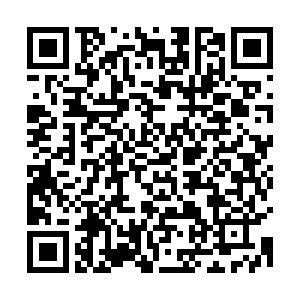 The EU Commission has unveiled today a White Paper on how to defend European companies from unfair competition from subsidized foreign companies in the single market.

"We need the right tools to ensure that foreign subsidies do not distort our market, just as we do with national subsidies," said the EU's commissioner for competition, Margrethe Vestager, highlighting the necessity to maintain the integrity of the single market and protect European companies, already struggling with the coronavirus crisis, from easily falling into the hands of non-EU competitors.

Trade and investment are good for Europe – but they need to be fair. When we do a good turn, we should get something back. And that's not happening
-  Margrethe Vestager, EU commissioner for competition (March 2020)

The new tools presented in the White Paper will allow the EU to scrutinize the activities of foreign state-backed companies in Europe, block the acquisitions of European companies by state-backed foreign investors, and exercise more control on public procurement procedures to ensure extra-EU companies don't have an unfair advantage over their European counterparts.

The new measures should create a level playing field between foreign competitors and EU companies, which already comply with strict state aid rules within the bloc – rules that before the White Paper today didn't include foreign subsidies. Europe confirms it is be "open to foreign investment," but stresses that foreign subsidization "needs to be controlled to avoid undermining competitiveness and the level playing field in the EU market."

The EU's commissioner for trade, Phil Hogan, called the White Paper a "welcome addition" to the toolbox already available to the bloc to protect its economy against aggressive foreign investors. "The EU is among the most open economies in the world, attracting high levels of investment from our trading partners. However, our openness is increasingly being challenged through foreign trade practices, including subsidies that distort the level playing field for companies in the EU."

The White Paper will directly impact the biggest foreign investors in Europe, mainly China, the U.S. and Russia. Some are concerned these new measures might trigger retaliation from foreign investors or lose important trade partners – especially China, which has recently been the object of concern among European leaders, for example after Italy signed up to China's Belt & Road Initiative.

In an embassy statement, China said its "position and attitude on the subsidy policy is very clear, that is, to abide by WTO [World Trade Organization] rules and honor the commitments made on its accession to the WTO."

In January, the EU, the U.S. and Japan presented a joint statement to the WTO to reform global rules on harmful industrial subsidies.

The White Paper is now open for public consultation for 14 weeks until 23 September, after which date it will proceed with an official proposal for new legislation next year.