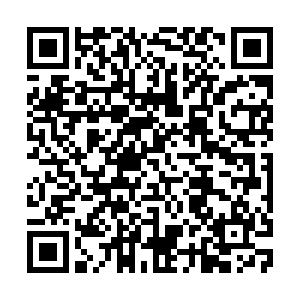 China says it is "highly concerned" about an unprecedented European Union decision to imposed trade tariffs on Chinese manufacturers in Egypt.

The EU on Monday imposed anti-subsidy levies on companies including two Egyptian subsidiaries of China National Building Materials Group Corp, arguing that they benefited from subsidies allowing them to sell at comparatively low prices in Europe. The ruling was the first time Chinese businesses abroad have been targeted by such action, which previously only addressed alleged subsidies provided by the country where the exporters were based, according to Reuters.

"The Chinese side is highly concerned about the ruling made by the European Commission against the normal investment of Chinese companies in Egypt and hold that the ruling by the EU does not help maintain the authority of WTO [World Trade Organization] rules and the efforts of all parties to safeguard the multilateral trading regime, disrupts the normal investment flow and supply chain, and hampers the interests of the developing countries," the country's mission in Brussels wrote in a statement to CGTN.

The EU should be avoiding such action to help the world, and especially developing countries, recover from the economic damage caused by the coronavirus, the statement continued.

Through its Belt & Road Initiative (BRI), China has built a network of trading relationships across the world, offering development opportunities and encouraging collaboration between its businesses and local partners. The policy is a key part of the country's foreign policy.

Two of the companies hit by the EU tariffs are based in the China-Egypt Suez Economic and Trade Cooperation Zone. The zone was created in 2008 and extended in 2016 in a ceremony attended by Chinese President Xi Jinping on a state visit to Egypt.

Its significance was made clear at the time by Wu Lixing, the director of the cooperation zone, who told official Chinese news agency Xinhua: "Egypt is located at the border of Asia, Africa, and Europe and has established friendly relations with China."

He added: "With the deepening of the BRI and the development plan of Egypt's Suez Canal Corridor, the establishment of a Chinese overseas economic and trade cooperation zone in Egypt will strengthen and deepen the capacity cooperation between the two countries, which has a profound significance."

This dispute involves EU imports from Egypt of glass fiber fabrics, which are an industrial material used in everything from wind turbines to sports equipment.

The European Commission said the two Egyptian exporters of glass fiber fabric, which are subsidiaries of China Jushi Co. and Zhejiang Hengshi Fiberglass Fabrics Co., received financial benefits from the Chinese and Egyptian governments. Their exports will be subject to 30 percent tariffs under yesterday's decision, according to Reuters. Exporters based in China face levies of more than 99 percent.

However, China claimed that the information used by the Commission was "one-sided and erroneous" and ran counter to WTO rules.

[This article was updated on 17/6/20 to replace comments from China's ambassador with a full statement of response.]