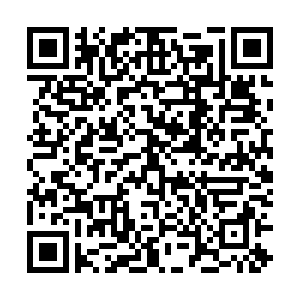 U.S. tech giant Apple is being investigated by the European Union's antitrust regulators, as the bloc puts further pressure on gatekeepers of online platforms.

The company's App Store and Apple Pay are the subjects of two separate European Commission inquiries into whether Apple has violated EU competition rules.

One investigation is concerned with the mandatory use of Apple's own App Store when installing applications on iPads and iPhones. Further restrictions are placed on third-party developers, preventing them from informing users of cheaper products and buying methods elsewhere.

"It appears that Apple obtained a 'gatekeeper' role when it comes to the distribution of apps and content to users of Apple's popular devices," the Commission's executive vice-president in charge of competition policy, Margrethe Vestager, said in a statement.

The other investigation looks at how the company's inbuilt payment service, Apple Pay, should be used in merchant apps and websites, as well as Apple's refusal to allow rival mobile payment services access to the "tap and go," or Near Field Communication (NFC) functionality on iPhones.

"It is important that Apple's measures do not deny consumers the benefits of new payment technologies, including better choice, quality, innovation and competitive prices," Vestager said. Swedish music streaming service Spotify filed a complaint last year, saying that Apple was unfairly restricting rivals to selling content or subscriptions in an app only via Apple's own system.

Another issue was what Spotify called a "tax" from Apple on subscription services. The company charges digital content providers such as Spotify a 30 percent fee for using its payment system for any subscriptions sold in its App Store.

The Financial Times also reported that a smaller rival, Rakuten, and its online bookstore Kobo, filed a similar grievance against commissions taken by Apple related to e-books and audiobooks.

"Today is a good day for consumers, Spotify and other app developers across Europe and around the world. Apple's anticompetitive behavior has intentionally disadvantaged competitors, created an unlevel playing field, and deprived consumers of meaningful choice for far too long," Spotify said in an emailed statement to CGTN Europe.

"We welcome the European Commission's decision to formally investigate Apple, and hope they'll act with urgency to ensure fair competition on the iOS platform for all participants in the digital economy," it added.

Spotify's head of global affairs and chief legal officer, Horacio Gutierrez, also said: "The Commission's decision to take on the case against Apple is an important first step toward developing new rules of the road that will govern the conduct of online platforms for years to come."

But while some companies welcomed the move, Apple was not pleased.

"It's disappointing the European Commission is advancing baseless complaints from a handful of companies who simply want a free ride, and don’t want to play by the same rules as everyone else," the iPhone maker said in a statement. "We don't think that's right — we want to maintain a level playing field where anyone with determination and a great idea can succeed." The EU's Margrethe Vestager is responsible for many antitrust rulings against tech companies over the years. /Francisco Seco/AP Photo

The EU's Margrethe Vestager is responsible for many antitrust rulings against tech companies over the years. /Francisco Seco/AP Photo

The European Commission's Margrethe Vestager has a history of facing up to U.S. tech companies and pushing back against their power to hold them accountable.

Last year, Google was fined €1.49 billion ($1.7 billion) for breaching EU antitrust rules on the issue of "abusive practices" in online advertising. This was the third multibillion-dollar penalty the EU has recently handed Google. In 2018, the Commission slapped the tech giant with a $5 billion antitrust fine and before that, in 2017, a $2.7 billion fine.

Apple and Google aren't the only firms to face Vestager's wrath in her fight against the power of Big Tech. In July last year, the EU's Competition Commission also opened a formal antitrust investigation into Amazon to investigate whether the company was using sales data to gain an unfair advantage over smaller sellers on the Marketplace platform.

While the outcome of this investigation has yet to be reached, Amazon is waiting anxiously as the Wall Street Journal recently reported that the EU is set to file formal antitrust charges in the coming days.